Art and culture of Lazio 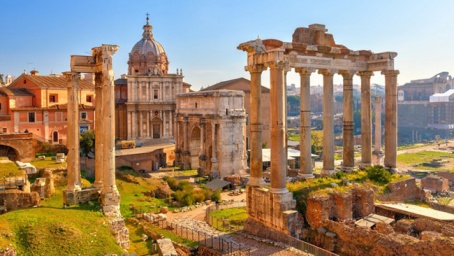 The region of Lazio has had a considerable artistic importance at national and international level at various times in its history: that of Roman art, divided into archaic art, republican art and imperial art, that of early Christian and medieval art, that of the Roman Renaissance, represented by Michelangelo Buonarroti and Raphael and that of Baroque and Mannerist art, which still had Rome as its main center, with personalities such as Caravaggio, Francesco Borromini and Gian Lorenzo Bernini.

This great artistic importance is due to the triple soul of Rome as the cradle of the Roman Empire, the historic seat of the Catholic Church and, more recently, the capital of Italy.

Art Nouveau in Rome: unusual and secret tour through the streets of the capital

A visit to the Vatican Museums, the cradle of civilization

The Vatican Museums: ten works not to be missed

Food and flavours of Lazio 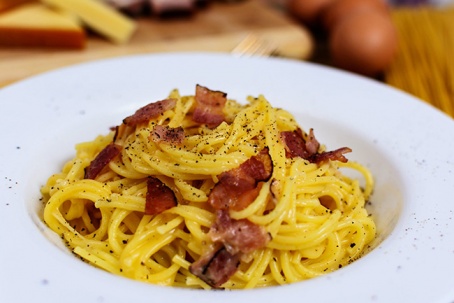 Food and flavours of Lazio are the result of a homemade cuisine made of simple ingredients carefully prepared to create recipes famous all over the world.

To mention absolutely are the first courses typical of this region among which stand out the Carbonara and the Amatriciana, recipes that have far exceeded national borders being appreciated throughout the world.

Second courses include Abacchio, Trippa alla Romana and Coratella with artichokes (the latter being the protagonists of many other recipes).

In addition, among the food products should be mentioned the porchetta di Ariccia, ricotta and pecorino romano.

Places and tours of Lazio There's a lot to see in Lazio. Many places and tours of Lazio are linked to its historical importance, which has left evidence of the Roman Empire and its greatness everywhere: just the city of Rome is rich in heritage, monuments and archaeological sites such as the Colosseum and the Imperial Forums and many others are scattered throughout the region: just think of the Necropolis of Monterozzi, Tarquinia or the excavations of Ostia Antica.

The city of Rieti: Umbilicus Italiae

Viterbo: things to see in the city of the Popes

Best seaside destinations in Lazio: 5 ideas for the Summer

The charm of Civitella D'Agliano, one of the most beautiful villages in Lazio

Stories and traditions of Lazio The history of Lazio is deeply linked to that of Rome, cradle of western civilization and capital of the Roman Empire first and then of the Holy Roman Empire. Rome, moreover, has always been home to the Holy See so it was, in the years following the Holy Roman Empire, the central fulcrum of the lands owned by the Vatican and the events of the Catholic Church influenced the history of Rome (and also of the whole of Lazio) until 1870, the year in which it was annexed to Italy. The following year Rome was proclaimed capital of the Kingdom of Italy. It would be correct to say that the region of Lazio has been among the most important in Italy and, therefore, in the world, from the foundation of Rome to the present day, continuously.