Anagni, the hidden gem with an ancient history

In the middle of Lazio rises Anagni, an ancient 'Saturnia' also famous as 'city of the Popes' and showpiece of the Middle Age. Discover it with us.

About two hours travel from Rome, in the province of Frosinone - in that area known as Ciociaria in Lazio - stands the charming town of Anagni, the pride of medieval Italy and a symbol of political, economic and cultural prosperity of that time.

Known as 'city of the Popes' and for the famous episode of the outrage suffered by Boniface VIII, an event that changed Italian and European history, not everyone knows instead that today Anagni is a really interesting tourist destination rich in architectural beauties, folk traditions and flavors of good food. Would you like to know more? Keep reading!

The origins of Anagni 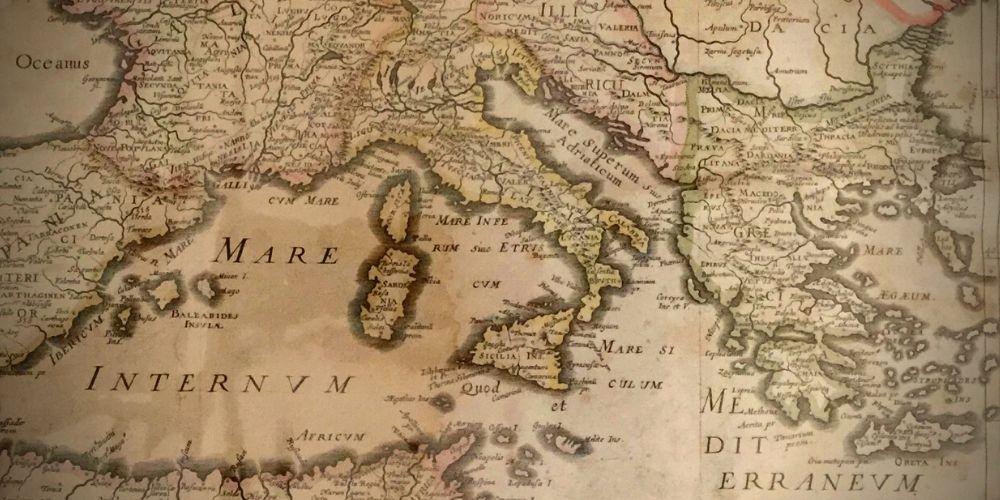 According to legends, Anagni is one of the famous Saturnias founded by the god Saturn during the golden age and has long been the sacred place of Ernici, the ancient Italic people who dwelled these lands. Its mythical origin would also be confirmed by the cyclopic walls, typical of other nearby locations as well, a megalithic architecture in the Latium vetus region.

Passed under the control of Rome and with the growing hegemony of the City and its empire, this town maintained its religious relevance becoming a perfect environment for the construction of temples and places of worship, formerly pagan (including a mithraeum for the cult of Mithras) and later christian. The passage of the Romans in the territory is still witnessed by the ruins of the villas, in particular Villa Magna near the Sacco valley.

In short, the divine feature of Anagni is undeniable since its origins. But, if for many centuries in the post-Roman era the city lived in substantial anonymity, the age of its maximum majesty would have come after the year 1000 in the heart of the Middle Age becoming the actual papal seat as well as birthplace of the popes of that time - especially Alexander IV, Gregory IX and Boniface VIII. Henceforward it gained the famous name of 'city of the Popes'.

The medieval prosperity of Anagni 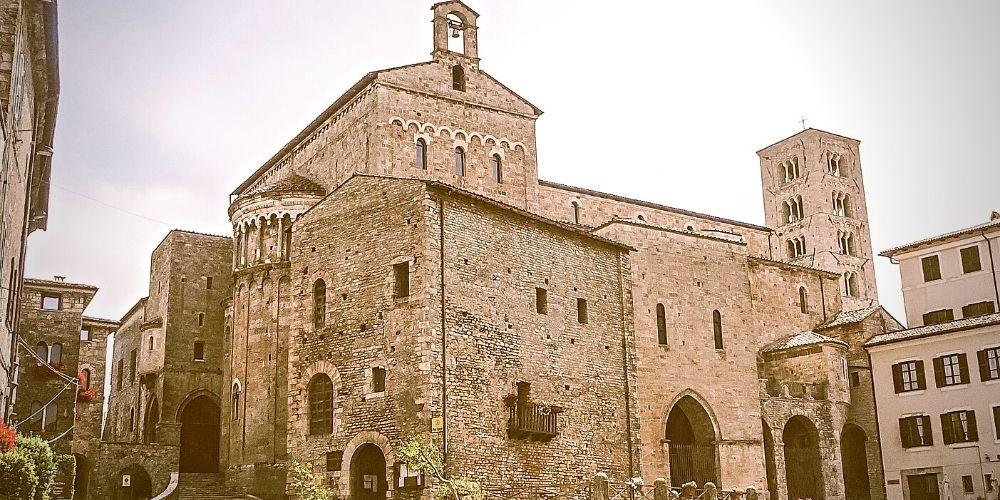 Being part of the Papal State, it was firstly a free municipality under the influence of the Conti di Segni family and during the thirteenth century the lordship of the city passed to the Caetani family, reaching the peak of its glory. Anagni became one of the greatest urban centers of the Middle Age, counting about 50,000 inhabitants (more than double of the current population) and gathering a great political, religious, economic, cultural and artistic power within its walls.

The city was the main scene of the clash for the hegemony of the temporal power of the Church above the European sovereigns, as well as the local rivalry between the Caetani and the Colonna. The latter supported Philip the Fair in the increasingly heated feud between France and the Papacy and were main players in the famous outrage of Anagni against Boniface VIII on September 7th 1303 before the issue of the excommunication against the French king: an event that made history, quickly leading to the death of the Pope, the transfer of the papal seat to Avignon and the decay of the city.

Today Anagni enjoys its glorious past and its new guise: it is one of the most evocative tourist destinations in Lazio with a bundle of experiences to discover, to live and to taste. 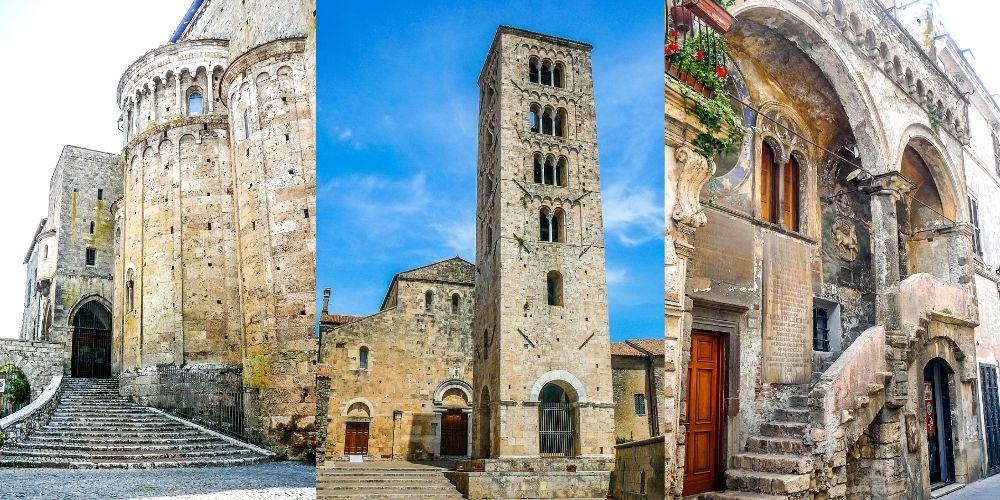 In places where history was made, it’s always possible to find evidence of its passage. One of these is Anagni, where the splendid medieval buildings still adorn the city’s landscape.

The Cathedral of Santa Maria Annunziata

The majestic cathedral of Santa Maria Annunziata, built in about thirty years on the remains of the ancient town and completed in 1104, stands out as a city’s symbol and seat of the local diocese.

The aesthetics of the cathedral has always been its strength and, both inside and outside, the matching between the Romanesque and Gothic styles produces wonder in the eyes of visitors. Its steeple, about 30 meters high, dominates the historic center from above and gives solemnity to the structure. The interior consists of three naves enriched by the enchanting Cosmatesque style floor - a particular form of marble mosaic - created in 1231.

But the most precious jewel is also the most hidden one: the crypt of San Magno, also known as the 'Sistine Chapel of the Middle Age', a space of over 500m2 with a Cosmatesque floor and completely frescoed with images telling about the genesis of the world, the creation of humans and their salvation, as well as the lives and miracles of the Saint and other martyrs.

Next to the crypt, in conjunction with the ancient mithraeum, there is a very suggestive frescoed environment: the reliquary of St. Thomas Becket, an English martyr defined as defender of papal powers above the ones of the sovereigns.

Palazzo della Ragione, built in the mid-twelfth century with the supervision of Jacopo d'Iseo, it has always been the heart of Anagni's political and administrative activity. On the external side of the northern wall, the coats of arms of the city and of the Caetani and Orsini families can still be distinguished. The monumental Sala della Ragione was also built inside the palace, an environment that, today as then, hosts cultural events and conferences.

The tour of Anagni’s architecture consists of two more main stages. The first is Palazzo di Bonifacio VIII, considered as the exact place where the famous outrage was done, presumably built at the beginning of the thirteenth century and now seat of a museum rich in collections, pieces of art and artifacts from the protohistoric, Roman and medieval eras; you can also visit the three main rooms - delle Oche, del Giubileo and delle Scacchiere - adorned with frescoes and decorations. The second is Casa Barnekow, a palace built in the 13th century which takes its name from the Swedish nobleman who bought it in the mid-19th century and, according to tradition, hosted Dante Alighieri during his stay there.

Living Anagni: the palio of Santa Chiara and San Magno

A city so rich in history could not fail to be an important cultural and folkloristic center. In particular, the month to mark on the calendar is August. The reason? The festival of San Magno.

The exact celebration date is on August 19th, but for Anagni’s people it represents only the solemnest moment of the festival from a religious point of view. In fact, tradition also expects numerous events of great suggestion and historical re-enactment, such as the parades of the city divisions from Porta Cerere to the cathedral, the blessing and the highly expected palios.

The challenge between the divisions is certainly the most powerful moment that lights the hearts of citizens. Palio di Santa Chiara marks the beginning of the Anagni festival time and is famous for the classic archery competition. The celebrations, on the other hand, end with Palio di San Magno: after the traditional religious parade and the blessing of the competing horses and jockeys, the game of the ring jousting begins and the galloping rider's goal is to strike a ring placed on a puppet with a spear. A real dive into the culture of medieval games. 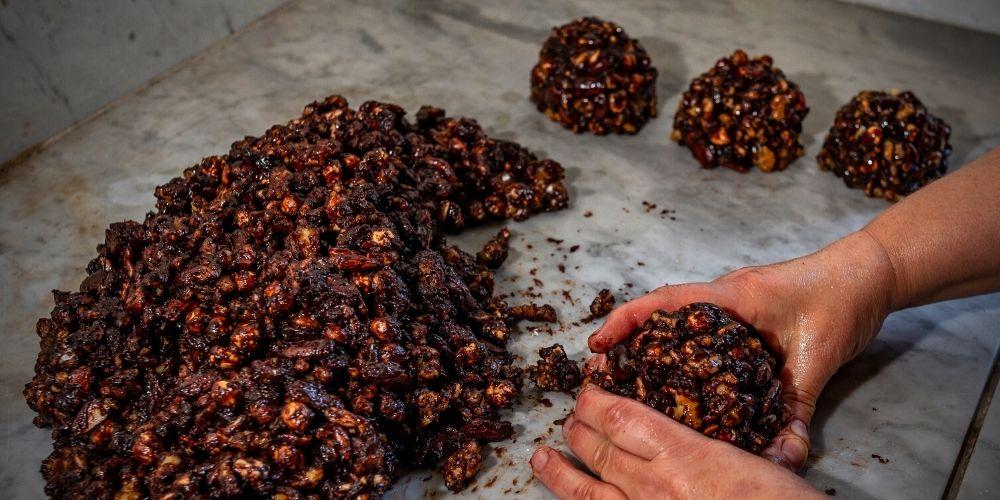 At the end of our trip to Anagni, it's time to grab a bite on some food. Yes, if you are wondering, this city knows how to delight the taste of its tourists!

One of the most famous food is certainly Panpepato. It is a Christmas cake typically made with flour, nuts (especially walnuts, hazelnuts, almonds and pine nuts) and cooked grape must or honey. The origin of this dessert dates back to the years of the city's heyday and this factor raises doubts about the actual meaning of its name: some believe that it actually refers to its spicy flavor, a theory confirmed in the following centuries by the addition of ingredients - like cocoa, cinnamon and pepper - to this preparation; some others believe that it is just a reference to the word 'papacy' (papato in Italian), which certainly sounds familiar in these parts. 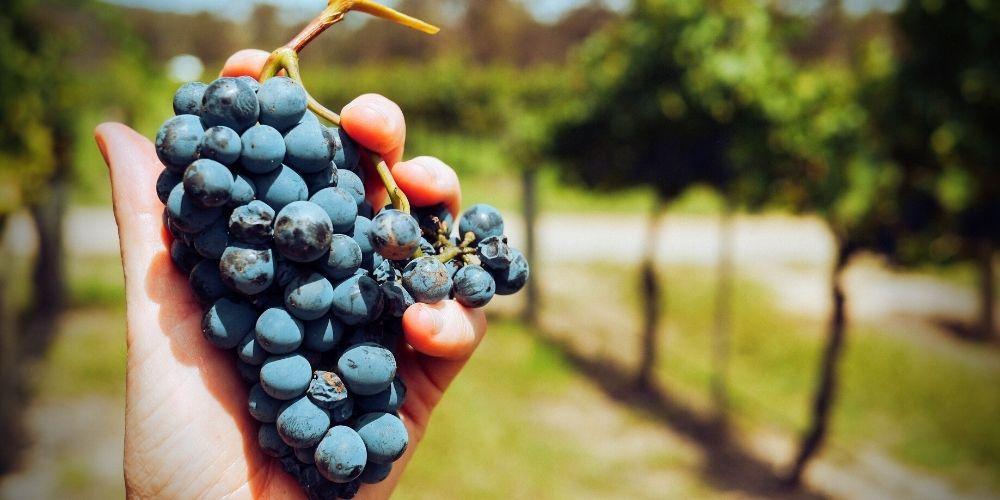 And if we want to sip excellent wine while tasting these specialties, then there is no doubt: the Cesanese del Piglio DOCG. It is produced throughout the Frosinone area between the Ernici mountains and the Sacco valley and its alcohol rate varies between 12% and 14% depending on the production - base, superiore and riserva. This quality of red wine is considered a national excellence and has received important awards at the National Competition of DOC and DOCG Wines in Asti and the Salon International des Vins et Spiritueux in Montréal.

Are you thinking of traveling to Lazio? Do not miss the opportunity to be amazed by the charm and great history enclosed within the walls of the city of the Popes!