Anagni is in the province of Frosinone and is located in the area of Ciociaria. Anagni is famous because it gave residence to 4 Popes, in fact it is also known as the "City of the Popes". The Popes were: Innocent III, Alexander IV, Gregory IX and Boniface VIII. The most famous in history is Boniface VIII, who in 1303 received a slap in the face from Sciarra Colonna, who entered the Pope's Palace together with William Nogaret, sent by the King of France, Philip IV, known as "the beautiful", to take Boniface VIII hostage. 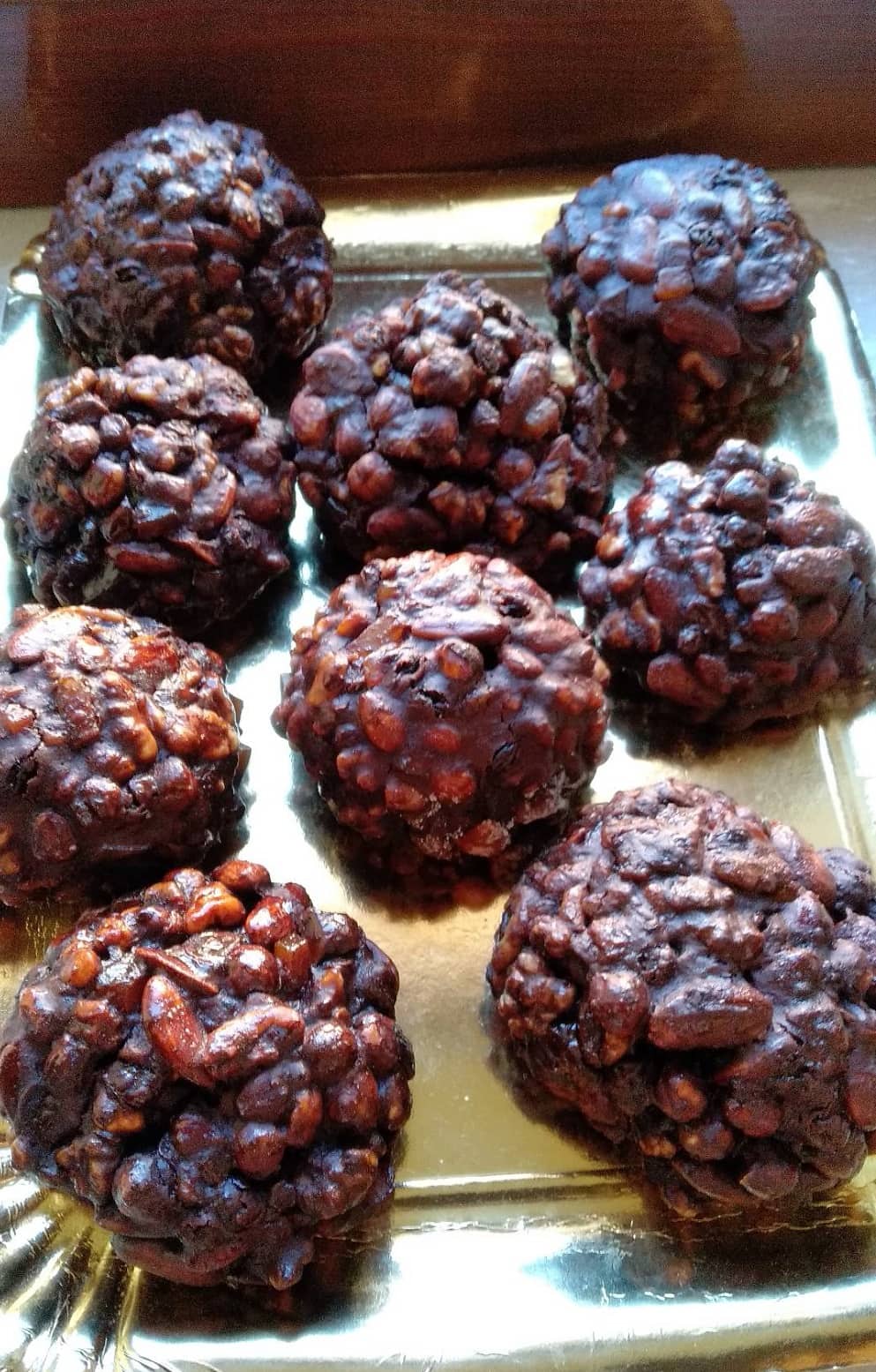 Panpepato is made at Christmas time, there are records dating back to 1587, but it is not known specifically if the name Panpepato comes from the fact that the nuns at that time made this cake in honour of the Pope or because it is a mixture of dried fruit.
Ingredients:
150 g Candied orange
120 g pine nuts
300 g Walnuts
300 g Hazelnuts
300 g Almonds
150 g Raisins
100 g Dark chocolate
250 g Honey
300 g Flour
400 ml Must
100 g Cocoa
Put all the ingredients in a bowl: mix well and leave to rest for a couple of hours. To make all the same shapes, use a small bowl. Wet your hands with a little water, take some of the mixture, put it in the bowl and crush it until it is not full, pour the mixture on a work surface and try to squeeze the ball and give it a slightly spherical shape. Place the shapes on a baking tray with baking paper and a little flour. Leave the forms covered and let them rest overnight. The next day, put the baking paper on another baking tray and put the gingerbread on top. Bake at 180 degrees for 25-30 minutes. During the last 5 minutes brush the gingerbread with must. After baking, let the gingerbread rest for 3 days and then it can be eaten in slices.