Wines of Latium: millenary traditions and stories in more than 25000 hectares of vineyards

Wines of Latium and their characteristics

In Vino Veritas! In wine there is truth! Be careful when drinking a lot of wine!

Today in Lazio there are more than 25000 hectares of vineyards, all with their own history, which have given place to the culture of wine in an important Italian wine scene.

The cultivation of wines in Latium has been known since the time of the Etruscans, who already cultivated indigenous varieties of wine, then with the Roman Empire wine became widespread in Europe.

In history it is said that Emperor Marcus Aurelius Probus commanded his legions to take a vine with them, because when a territory was conquered, they had to plant vines, and so it became the symbol of Rome's power.

The territory of Latium is a mixture of sea, plains, hills and extinct volcanoes as we find them near Rome in the area of the Castelli Romani where there are the lakes of Castelgandolfo, Nemi, and Bracciano, then Monte Porzio Catone and Grottaferrata and it is the area where there are vineyards of Malvasia del Lazio or Malvasia puntinata, Bellone, Bombino bianco, Greco bianco, Trebbiano toscano, Trebbiano giallo and are also the grapes used for Frascati DOC (Denominazione Origine Controllata) and Cannellino di Frascati DOCG (Denominazione Origine Controllata Garantita).

In the territory of Ciociaria, which includes the province of Frosinone, there is a part of the Via del Cesanese that includes the municipalities of Anagni, Paliano, Piglio, Serrone and Acuto. Cesanese del Piglio DOCG is a very ancient wine and a treasure of Lazio. Passerina del Frusinate IGT (Indicazione Geografica Tipica - Typical Geographical Indication) is also grown in these areas.

In the province of Latina, we find Nero Buono di Cori, a wine that is only grown in the municipality of Cori. Then there is the Moscato di Terracina, which is also a table grape.

In the province of Viterbo in the territories of Gradoli, Grotte di Castro, San Lorenzo Nuovo and Latera, Aleatico di Gradoli is cultivated, which is made only from 100% Aleatico grapes. In these areas are also cultivated the Malvasia Bianca, the Trebbiano Bianco and Trebbiano Bianco of which is produced the famous wine Est! Est!!! Est!!! of Montefalcone.

Then there is Rieti which is located in the territory of Sabina which was in the past a territory divided between Umbria, Lazio and Abbruzzo. In this territory we find a DOC wine "Colli della Sabina" that is differentiated between white, red, sparkling and even spumante.

Let's see the characteristics of these wines 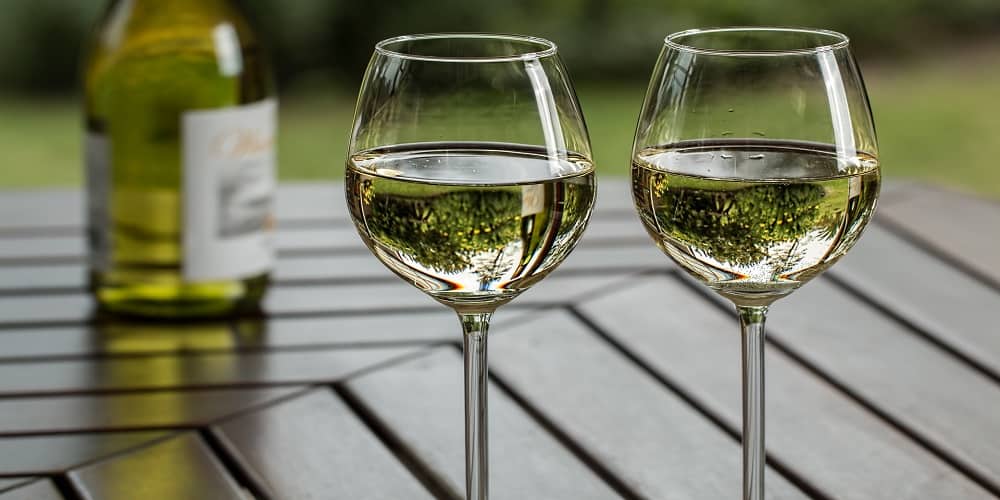 The name of Frascati DOC wine derives from the city of Frascati. Legend has it that the God Saturn was banished from Olympus by his father Jupiter and took refuge in Latium in the area of the Castelli Romani and gave instruction in the cultivation of vines. The Romans soon learned the cultivation of vineyards and made a treasure of it. With the fall of the Roman Empire, many vineyards were abandoned and wine was only made in abbeys and monasteries, and the wine was used for mass or to make medicines. Around 1515, the Lord and Vicar of Pope Julius II della Rovere wrote a Statute for the city of Frascati, which laid down the areas to be cultivated with vineyards and the rules regarding the grape harvest. During the Renaissance, the rich families of Rome rebuilt villas and palaces in the vicinity of Frascati and thus gave birth to new vines, and Frascati wine became widely consumed and was drunk in all the taverns of the time until today.

The white grapes contained in Frascati DOC are: 70% Malvasia del Lazio or Malvasia di Candia and 30% Bombino bianco, or Bellone, or Malvasia Candita, or Trebbiano Toscano or the yellow one.

It is a wine that should be drunk at temperatures between 10 and 12 C. It is straw yellow in colour and on the palate it is dry, sweet, soft and sapid, with a delicate bouquet and floral notes. It has an alcohol content of 11% or 11.5% vol.

Frascati DOC goes well with starters, soups, first and second courses, especially fish-based, and can also be drunk as an aperitif. 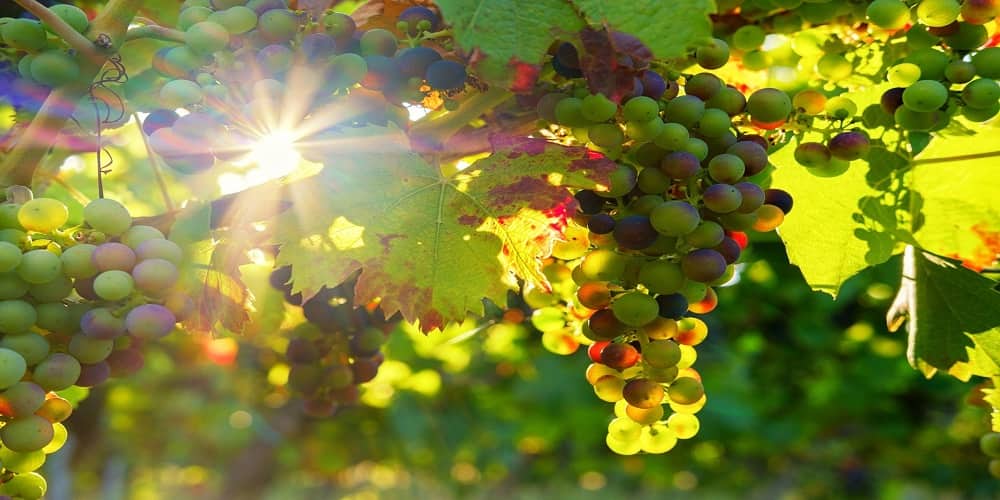 Cannellino di Frascati is also an ancient wine that was called l'ORA because it was drunk at all hours because it served to give an energy boost to the people working during the grape harvest. It later took the name Cannellino because this wine has a concentrated sugar level, but it is not a passito. Vinification took place inside a tank, this tank was placed inside the vats that were in the municipalities of the Castelli Romani, people took the wine from the cinnamon that was the tap of the tank and from there the name Cannellino was practically born, which was taken loose.

Cesanese del Piglio DOCG is also a very ancient red berry wine, it has millennia of history. The first vineyards were cultivated by successful men who had a love for their land. We find information in the books "Naturalis Historia" written by Plinio il Vecchio, a Roman naturalist writer and philosopher. In the Middle Ages Cesanese del Piglio was a delicious wine for the Popes who stayed in Anagni, their families had many hectares of vines which were then handed down from generation to generation.

In 1973 it was recognised as DOC, then in 2008 DOCG was recognised, making it an excellence of central Lazio that is also exported abroad.

The Cesanese del Piglio DOCG has two vines, the Cesanese Comune, which has large berries, and the Cesanese d´ Affile, which has smaller berries. Cesanese del Piglio DOCG is made from 90% Cesanese d´Affile or Cesanese Comune and 10% of another red grape variety from Latium. It has a ruby red colour with violet reflections, and an exhilarating nose. On the palate it is soft with a nice acidity, it has hints of blackberry, blueberry and blackcurrant. It has a very pleasant spacing on the palate. It has an alcohol content of 12.0% vol. It goes well with pasta dishes, roasts and other meats with strong sauces.

Legend has it that Lucio Quinzio Cincinnato, a Roman politician who lived in the pre-Christian era, retired to Cori in the province of Latina around 400 B.C. because he was tired of the power struggles in Rome. The Nero Buono di Cori DOC is only grown in the lands of Cori and in 1971, with the new vineyards, it became a DOC area. It is an autochthonous black grape variety, it has a presence of tannins and polyphenols, which give the wine a decisive character. Nero di Cori DOC has a ruby red colour with violet reflections, a delicate aroma and hints of forest fruits, it is dry and harmonious on the palate. It has an alcoholic content of 12% and 13,5% vol. It goes well with the first courses of the Roman cuisine and with roasted meat. 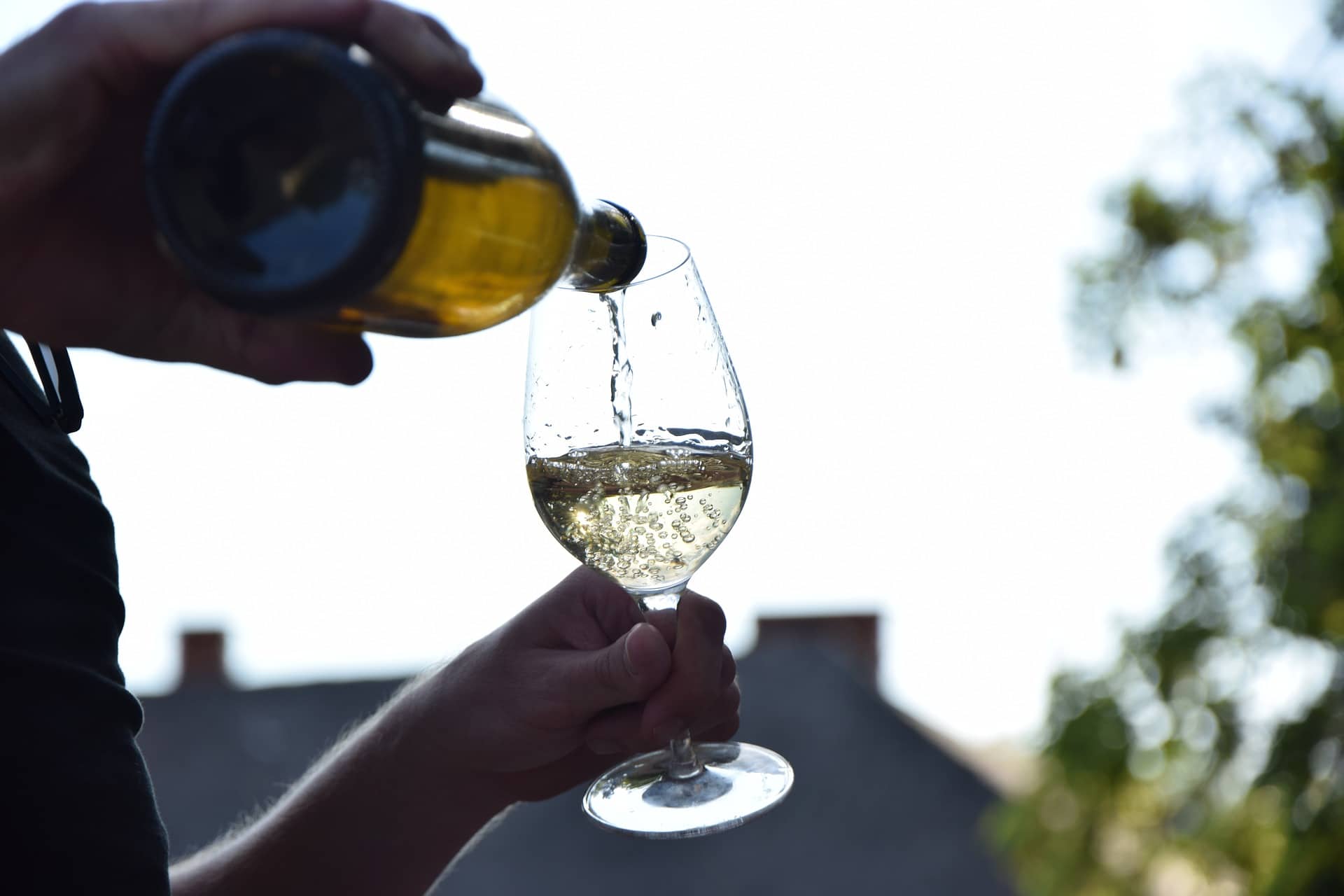 Terracina is a town in the province of Latina that lies on the Riviera di Ulisse, where there are clayey-sandy soils because it is 3-8 km from the sea. Moscato di Terracina is a sweet white wine, it is produced "sweet, dry, passito, amabile or spumante". The Moscato di Terracina grape is also a table grape that was a delicacy even for the Ancient Romans. The name Moscato derives from the Latin word "muscum" (musk) because it has an intense perfume and a sweet aroma, it has a straw-yellow colour with golden reflexes, it is savoury and dry on the palate. It has hints of exotic fruit and citrus fruits. The dry Moscato di Terracina is an excellent aperitif, while the sweet version goes well with leavened cakes, the passito with dry biscuits and sweets containing candied fruit and dried fruit such as Panpepato di Anagni. Moscato di Terracina has an alcohol content of 12-14% vol. It should be drunk between 8-10 C.

Aleatico di Gradoli DOC is a great Italian wine and is cultivated in the province of Viterbo. In the land near Lake Bolsena. The vines of Aleatico di Gradoli in this area already existed in Etruscan times and were then handed down to the Romans. Legend has it that a demon lived in a Cave in Gradoli and terrorised the inhabitants. The inhabitants tried to defeat him but without results. One day the demon came out of the cave and when he returned there was a lion in the cave. The demon tried to chase the lion away, but the lion won and the demon left without his staff, which was stuck in the ground. The lion slept on the staff and the next morning a vine had grown on it, the Aleatico vine, so the inhabitants of Gradoli drew the lion and the staff with the vine on their coat of arms.

Aleatico di Gradoli DOC is a red grape variety that is basic, then there is Liquoroso, Passito and Riserva. The Aleatico di Gradoli DOC has a good structure, is garnet red in colour with violet tones, has hints of fresh fruit and has a finely aromatic and sweet smell. It has an alcohol content of 12% vol. It goes well with dry biscuits and fruit or ricotta tarts. The Aleatico Liquoroso, the Riserva si  and the Passito go best with cream or chocolate-based pastries.

Another wine from the province of Viterbo is EST! EST!!! EST!!! di Montefiascone. The story goes that in 1111 Henry V of Germany was on his way to Italy to visit Pope Paschal II to receive the crown of the Holy Roman Empire. Travelling with Henry V was Bishop Johannes Defunk, who was a wine connoisseur and had a servant called Martin, who was given the task of tasting the wines during the journey. When Martino found a good wine, he had to write on the cellar door "est" (there is) and on arriving in Montefiascone he tried a wine in a cellar and so much so that he liked it, he wrote on the door EST! EST!!! EST!!!

The bishop stayed in Montefiascone for a couple of days but then after the end of the imperial period he returned to Montefiascone and died there, and so in his memory the wine was given the name EST! EST!!! EST!!! of Montefiascone. The vine is white berry with a brilliant straw colour, the taste is savoury, harmonious and dry. It has hints of yellow fruit and citrus fruits, floral notes and herbaceous tones. It has an alcohol content of 10.5% vol. It goes well with white meat dishes, fish and fresh cheeses.

The white is made from Malvasia del Lazio and Trebbiano Toscano grapes, while the red is made from Sangiovese and Montepulciano grapes. It has an alcohol content of 11% vol.

I Colli della Sabina Bianco DOC has a straw-yellow colour, a delicate and fruity perfume and a delicate and harmonious taste. It goes well with fish dishes, soups and unripened cheese.

I Colli della Sabina Rosso DOC is ruby red in colour, it is dry and soft on the palate, with fruity and floral scents, and has a dry or sweetish flavour. It has an alcohol content of 11% vol. It goes well with first courses with meat sauces, mushroom sauces, and red meats.