What to see in Abruzzo: 10 unmissable places

What to see in Abruzzo? Between mountains, national parks, and villages to discover, you will be breathless. Come and discover it with us.

Abruzzo is one of the Italian regions where it is possible to admire the spectacular strength of Mother Nature. Lakes, mountain rivers, nature reserves. But the region of Abruzzo is also a land rich in history, an important bastion of the Kingdom of Naples on the border with the papal possessions. So are you ready for our adventurous journey?

10. The Fortress of Civitella del Tronto: on the edge of the kingdom The Fortress of Civitella del Tronto (Teramo) is one of the most important engineering works on the Italian peninsula. Built from the fifteenth century by the Aragonese, the Fortress was later enlarged and modified by the Spanish Habsburgs and the Bourbons, representing an important bastion on the border between the Spanish Viceroy and the Papal State. Currently the structure is entirely viable and houses an interesting Museum of Weapons.

9. The Gran Sasso and Monti della Laga National Park: the force of nature 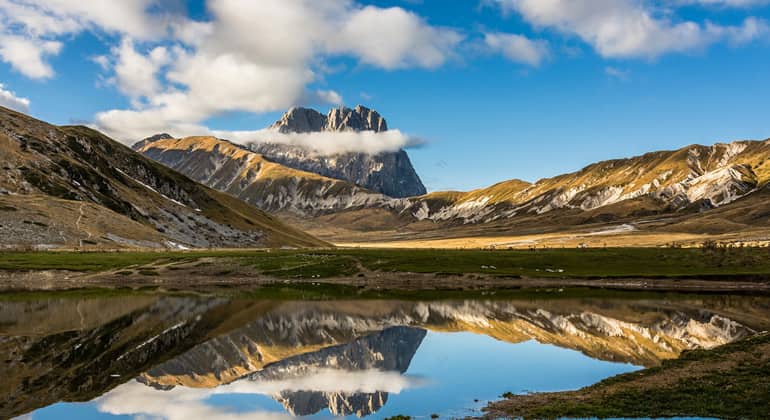 For nature lovers and hikers, the ideal destination to reach is the Gran Sasso and Monti della Laga National Park, the third largest in Italy. Here you can admire the typical animal species of the area, such as the Apennine wolf, the Abruzzo chamois and the Marsican brown bear. Here you can forget about the chaos of the metropolis, among snow-capped peaks and endless meadows...

8. The Majella National Park: between History and Nature

The Majella National Park is another unmissable event for nature lovers traveling to Abruzzo. The park, established between 1991 and 1995, extends between the provinces of Chieti, L'Aquila and Pescara and offers a vast range of attractions. From the scenic beauty of the Apennines, to the historical and archaeological ones, the park offers a vivid and deep cross-section of Abruzzo history and nature.

7. The abbey of San Giovanni in Venere: the triumph of Christianity 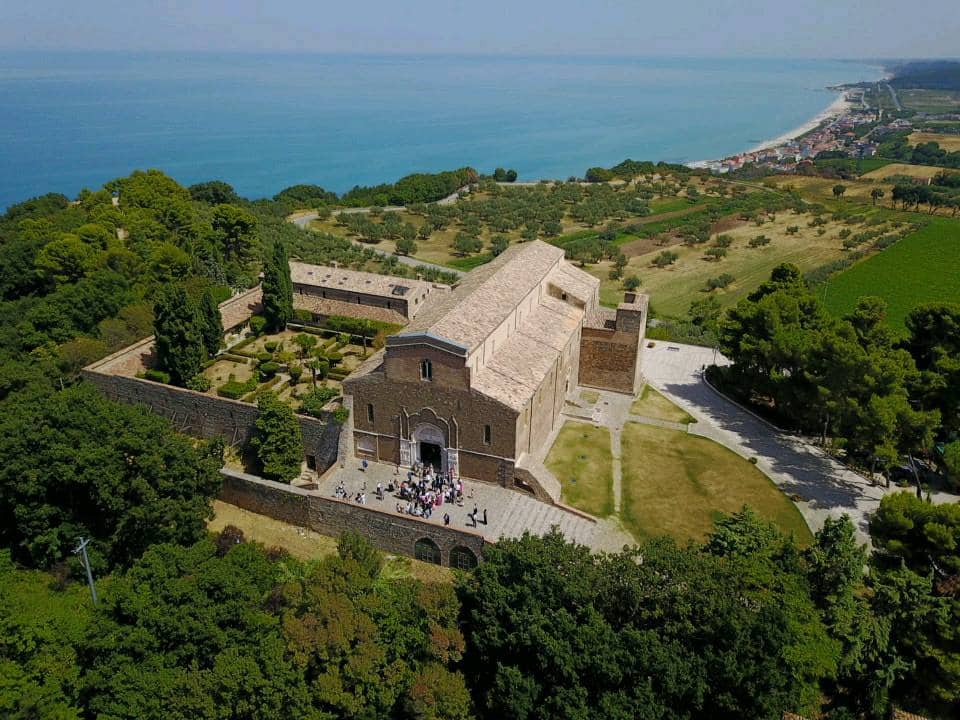 For lovers of art and monuments, the trip to Abruzzo will certainly have as its goal the Abbey of San Giovanni in Venere in Fossacesia, in the province of Chieti. The great monastic complex, which owes its name to a pre-existing pagan temple dedicated to Venus, has a rich and articulated construction history, from the interventions promoted by the hermit Martino in the 6th century, to those sponsored by the abbot Oderisio in the XII.

6. The National Park of Abruzzo, Lazio and Molise: respecting nature

The National Park of Abruzzo, Lazio and Molise, is one of the most important and ancient natural reserves of the Italian peninsula. Its history, in fact, begins way back in 1917, to reach our days. His mission? Preserve, enhance and promote the precious Abruzzo natural heritage. What are you waiting for then? Backpacker and packed lunch, and watch the Marsican bear!

5. The strength of the spirit: the hermitage of San Bartolomeo in Legio

The hermitage of San Bartolomeo in Legio is one of the most evocative and mystical places in the Abruzzo region. The hermitage is located in the municipality of Roccamorice (Pescara) surrounded by the Maiella and Morrone woods. The building was built in the 13th century by Pietro da Morrone, the future Pope Celestino V, who lived there with some disciples between 1274 and 1276. Here you will deeply feel the strength of the spirit and faith...

4. The National Museum of Abruzzo: history of a region

For those wishing to learn more about the history of the Abruzzo region, a must is a visit to the MuNDA, the National Museum of Abruzzo. The museum is now temporarily housed in the former slaughterhouse of Borgo Rivera, in the presence of the magniloquent Fontana delle 99 cannelle, waiting for the restoration of the original site to be completed: the 16th-century Castle of L'Aquila, nicknamed the Spanish Fort, where, in its 41 rooms, the story of an entire region was told.

3. In the bowels of Abruzzo: the Stiffe caves 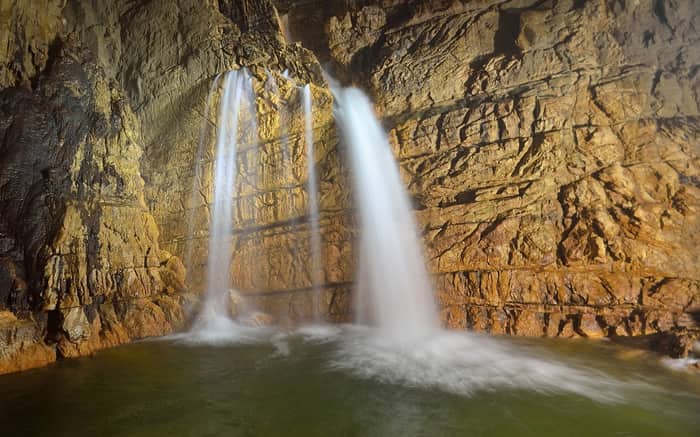 If you want to penetrate the deepest bowels of the Abruzzo region, to fully grasp its vital breath, you should definitely visit the Stiffe Caves (L'Aquila). Among the most important karst phenomena of the Peninsula, the Stiffe Caves are hundreds of thousands of years old, and have a depth of several hundred meters ... Arm yourself with compasses and courage and have a good trip!

2. The Calanchi di Atri Nature Reserve: the wounds of Abruzzo 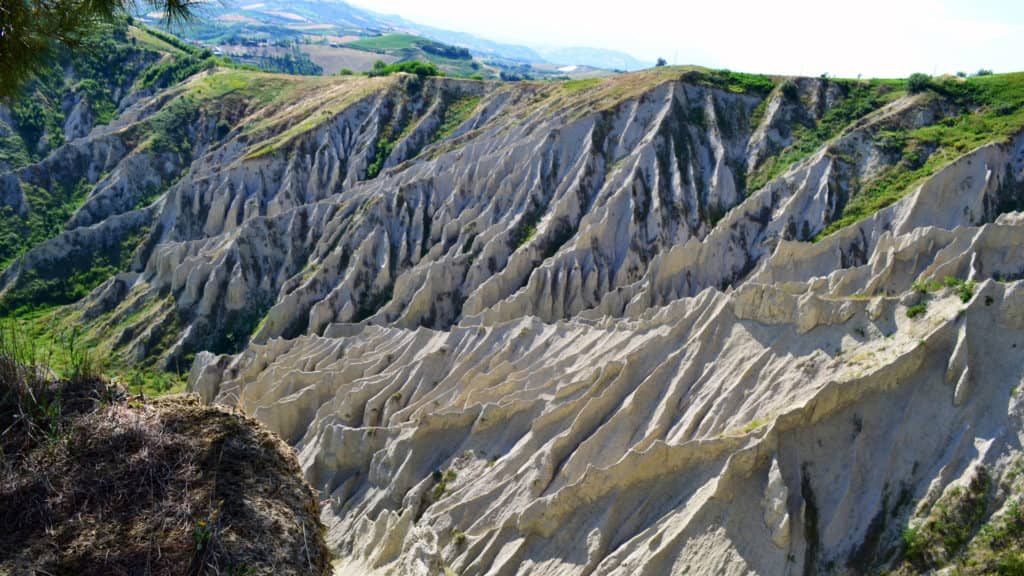 Among the many wonders that Abruzzo offers us, among the most characteristic, is the Calanchi di Atri Nature Reserve, in the province of Teramo. The Calanques are a particular phenomenon of soil erosion, and appear as huge and deep furrows on the side of mountains and hills. But in spite of the arid conformation, the Calanques are rich in animal species and vegetation: badgers, porcupines, tamarisks, licorice, etc ...

1. The Heart of Abruzzo: Lake Scanno 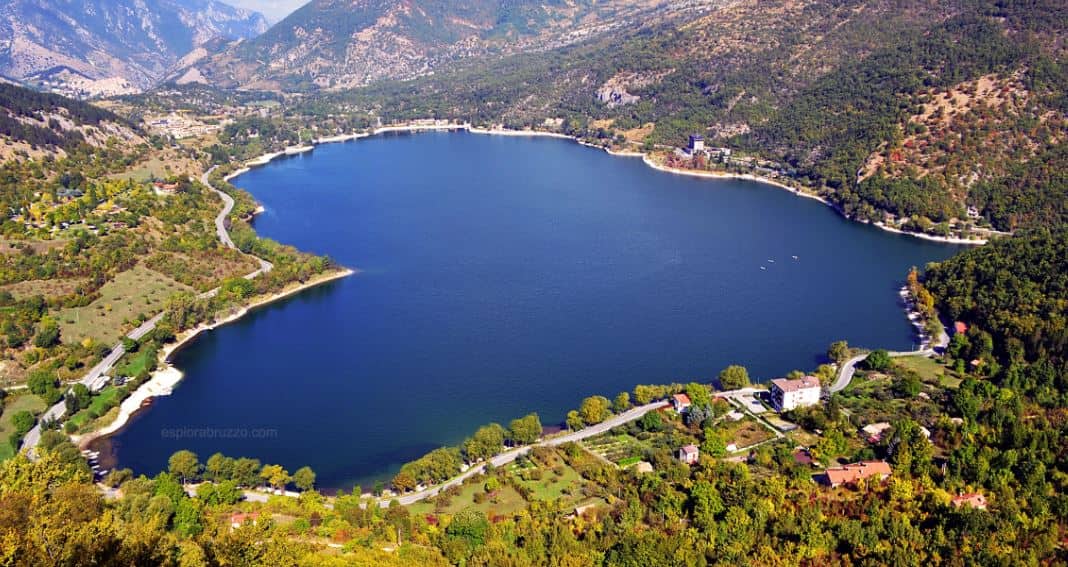 If you are in Abruzzo and you want to visit a fabulous place, your ideal stop is surely the lake of Scanno (L'Aquila), set between the Marsican mountains and the valley of the Sagittarius river. Here you will feel the divine presence of Nature like nowhere else, here you will find yourself, in contemplation of such wonders. And if you pay attention, you will see that the lake has the shape of a Heart ...