Colosseum: discover how to visit it by night

All the tips to enjoy a unique and amazing experience: visiting the Colosseum by night.

One cannot say to have really visited Rome without making a stop at the Colosseum. Perhaps, however, the scorching heat may discourage you from embarking on this type of excursion... But what if, instead, there was a chance to visit the magnificent Flavian Amphitheater under the favor of starlight?

Come and discover the fantastic tour called, precisely, Colosseum under the Moon: a special tour, designed for a maximum of 12 people, starting right after the closing time of the site.

Colosseo Under the Moon: discover the tour❯ 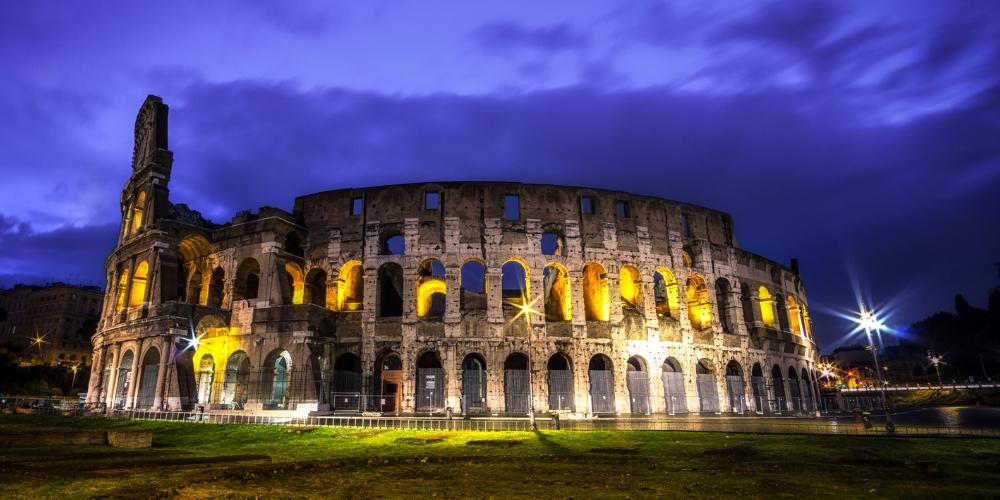 This particular tour involving a nighttime visit to the Colosseum begins after sunset. During the tour you will be accompanied by an experienced guide who will carefully introduce you to all the incredible sights you are about to visit. The tour starts outside and then continues through several extraordinary stops: to begin, there is the Gate of Death, infamously known for being the "exit" for gladiators who could not make it through the fight alive. And still speaking of gladiators, it will then be possible to visit the underground complex, where these men prepared for battles with all the strength they were capable of. Besides them, guests of these places were, of course, the exotic animals.

Before moving on to the dungeons, however, there is to admire the floor of the arena, and, looking up to the sky, one can effortlessly imagine what the glory days of ancient Rome must have been like, a time that was both noble and violent and still exudes timeless fascination.

Huge spectacles of all kinds were staged for the amusement of the emperors: think what this great organizational machine must have been, including people and ferocious beasts involved in the so-called "games"!

The Colosseum: what to know for this visit to Rome by night 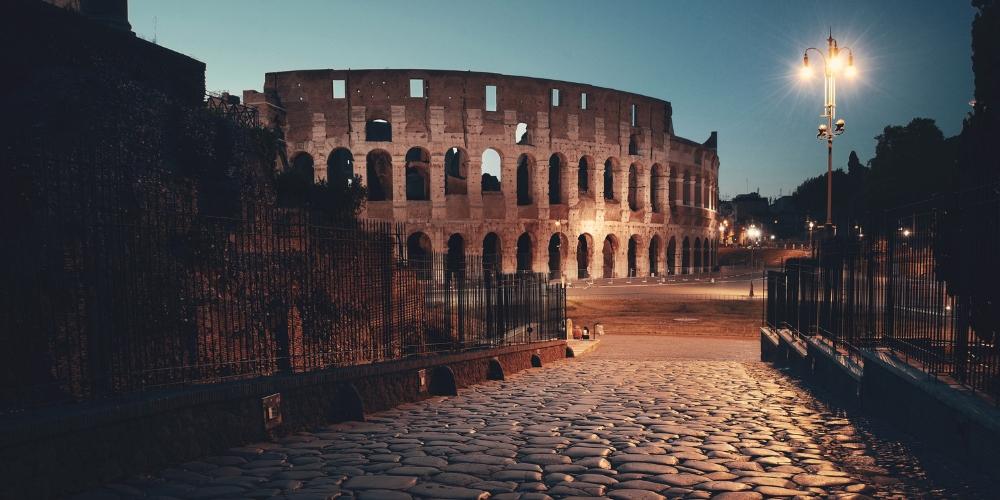 The Colosseum, the name by which the imposing Flavian Amphitheater is known, is the largest in the world and the most impressive Roman architecture that has come down to the present day. It stands in the historic center of Rome and has been part, along with the center itself, of the UNESCO World Heritage Site since 1980. Its construction is traced back to around 72 AD, the time of Emperor Vespasian, and it has also been included in a list called the New Seven Wonders of the World.

It seems that only from the Middle Ages onward the name Colosseum, deriving from the latin adjective “colosseum”, did begin to spread. Without straining the imagination too much, it is understood that the structure was perceived as colossal, a true symbol of the imperial city.

Today, the Roman Amphitheater hosts exhibitions and performances often investigating the relationship between the present and the past, reaffirming its function as an incredible historical testimony. 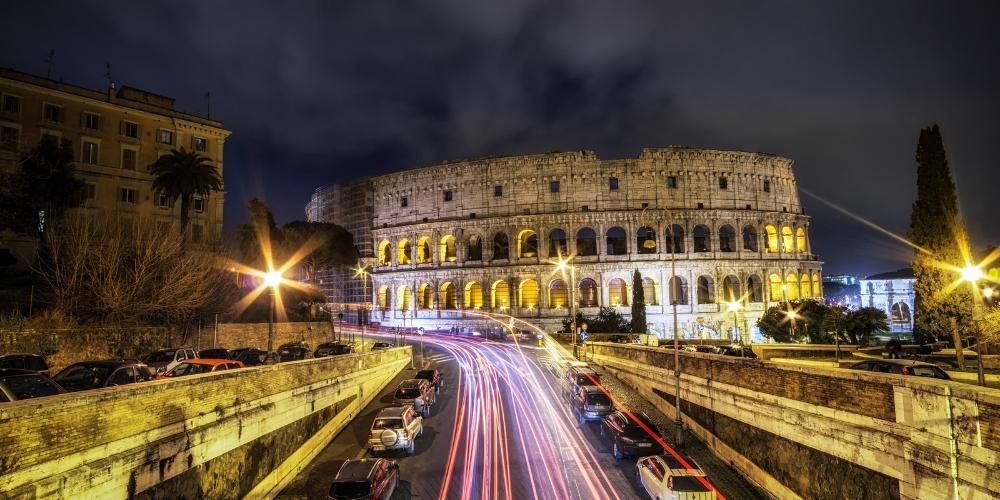 The wonders of the Colosseum are an ideal starting point for exploring a more fascinating and mysterious Rome: one that can only be admired at night. Choosing a different time slot could be the ideal opportunity to take a more leisurely look at the great attractions with which the city abounds. Far from kilometer-long queues of weary tourists, endless possibilities open up after sunset for those willing to explore the world even from a novel point of view.

A night tour around Rome could be articulated in many different ways: you could choose to walk around on foot or take a bus; you could think about combining the tour with a delicious aperitif or dinner in Rome's finest restaurants. A thousand possibilities, a thousand different scenarios await only those who are not afraid of the unusual. Have fun!

Colosseum by night: how to book?