A Beautiful Mind: Who are the 21 Italian Nobel winners from Fermi to Parisi

Annually the Nobel Prize is awarded to those brilliant minds who distinguish themselves in this sector: physics, chemistry, economics, medicine, literature and brotherhood among Nations

In 2021 Giorgio Parisi win the physics prize: he is an italian who joins the distinguished group of 20 enlightened men and women who have brought prestige to Italy over the last century. Let's find out who are these great men and women. 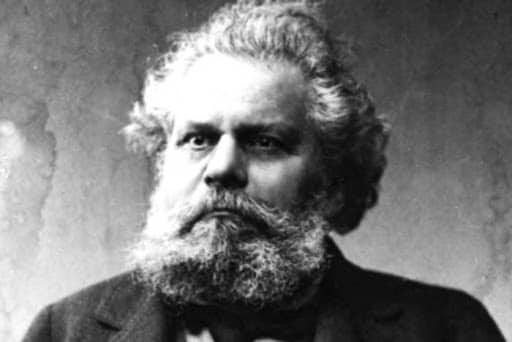 He was an anti-romantic poet and writer, a champion of scientific values and a zealous teacher. Giosuè Carducci won the Nobel Prize for Literature in 1906 thanks to his great poetic compositions that he composed during the previous 50 years: from the Juvenalia poems composed around 1850 to the erudite and educational works composed towards the end of the century.

Who does not see that the soldiers are not to blame for this return to the feral age, the soldiers who in the fury of battle become barbaric and ferocious, but those powers and governments are to blame who, by keeping peoples yearning for freedom enslaved, make wars inevitable?

2. Camillo Golgi and the cell Like Carducci, Camillo Golgi also won the Nobel Prize in 1906, in this case for the medicine. His main contributions to the physiology were studies of the central nervous system. In 1989, Golgi discovered an internal reticular apparatus within the cell. Since then, his name has been forever associated with this sensational discovery, making him the most frequently mentioned biologist in international scientific literature. 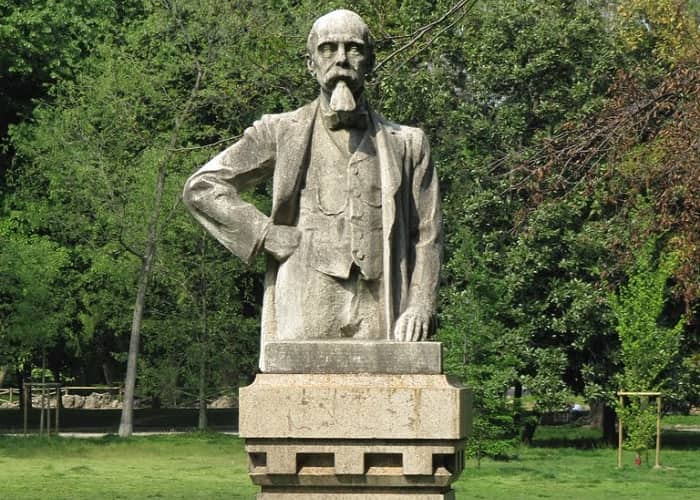 The only Italian winner of the Nobel Peace Prize (1909), Ernesto Teodoro Moneta was an Italian patriot who first fought for the unification of Italy under the Savoy dynasty and then enlisted with his brothers to fight in the Cacciatori delle Alpi regiment led by Giuseppe Garibaldi. He later became the editor of the newspaper Il Secolo through which he promoted the needs of Milan's urban proletariat

4. Guglielmo Marconi, the telegraph and radio 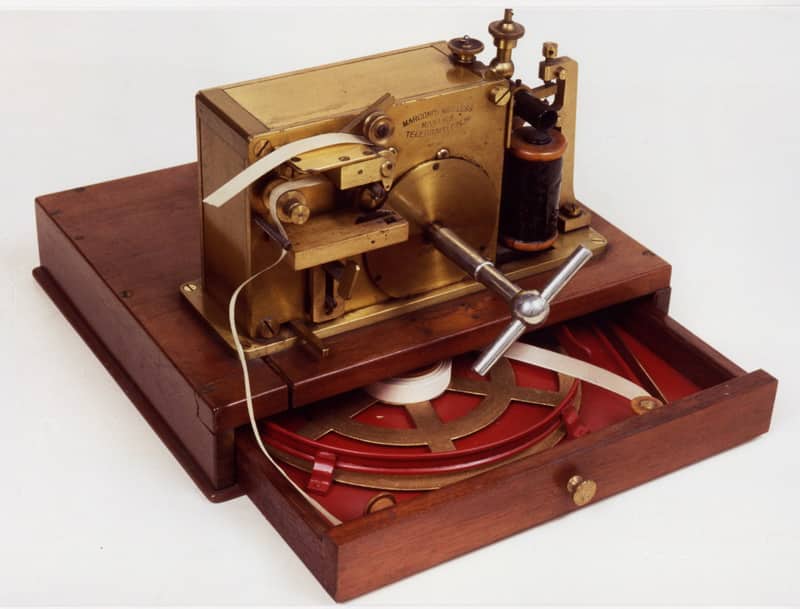 In 1909 Guglielmo Marconi became the first Italian to win the Nobel Prize for Physics at only 35 years old. He was awarded the prize thanks to his intense efforts in the development of wireless telegraphy. The award was decided after the usefulness of radio telegraph signals was made clear by their application in radio rescue operations: thanks to this new invention, the passengers of the transatlantic Republic were rescued in 1909

If your child wants to be a writer or a poet, advise him strongly against it. If he continues, threaten to disinherit him. Beyond these tests, if he resists, begin to thank God for having given you an inspired son, different from the others.

5. Grazia Deledda and the archetype of Sardinia 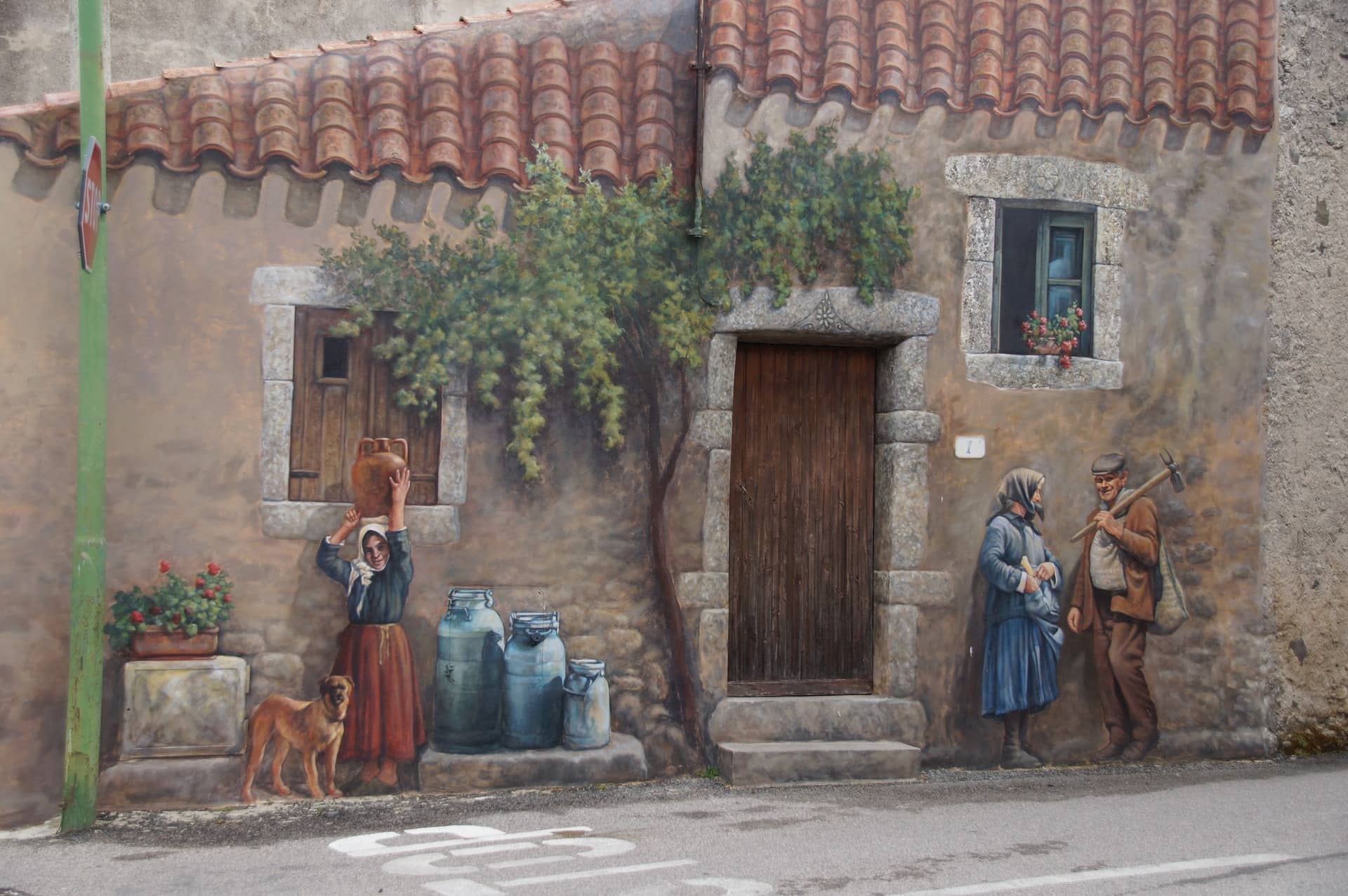 Grazia Deledda was a world-famous Sardinian writer and the only Italian woman to win the Nobel Prize for Literature. Her style swings between Verismo and Decadentism, and her powerful and tragic feelings are expressed in all their force, especially when she talks about her beloved Barbagia. She was awarded the Nobel Prize in 1926 " for her idealistically inspired writings which with plastic clarity picture the life on her native island and with depth and sympathy deal with human problems in general." 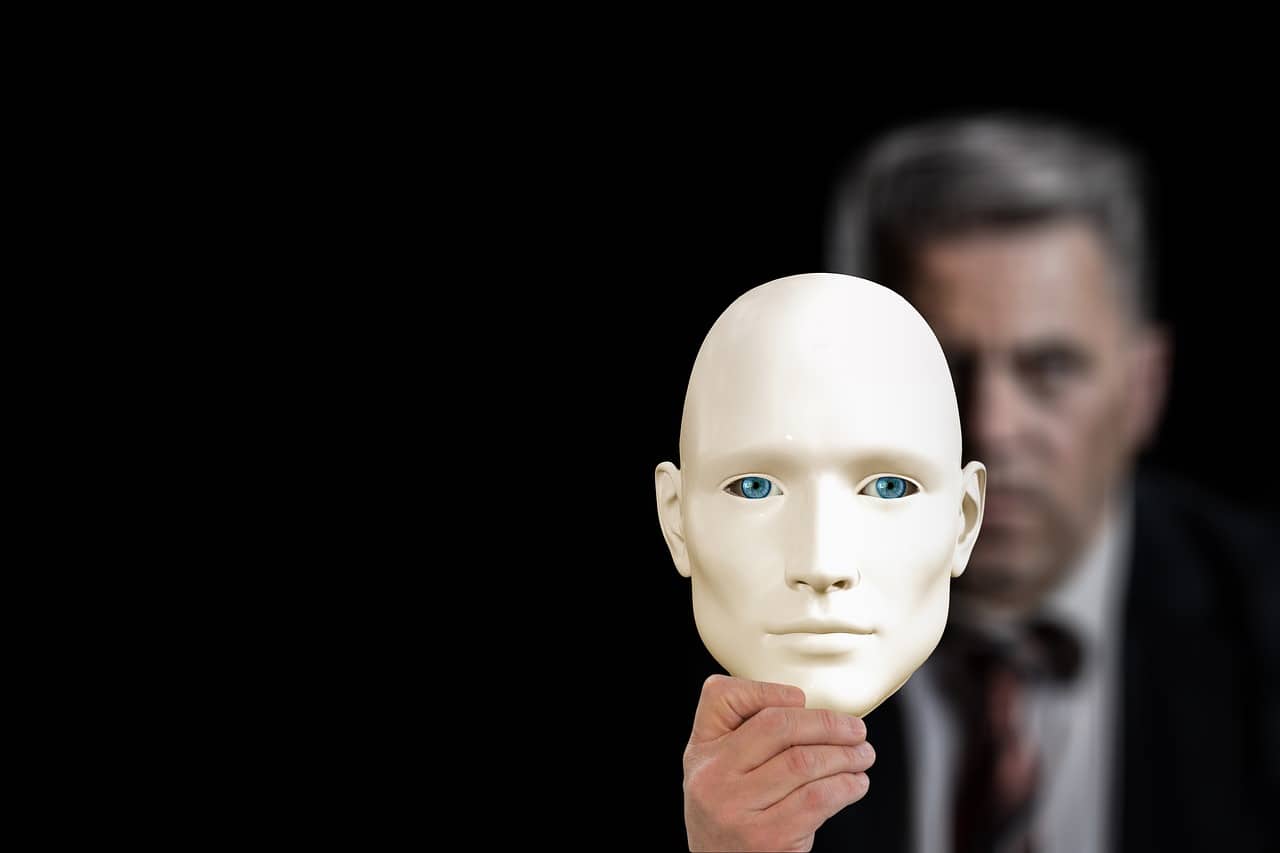 Luigi Pirandello, the world-famous Sicilian writer, received the Nobel Prize for Literature in 1934 when the fascist regime was raging in Italy: in order to avoid to mention Mussolini, Pirandello was the only winner in the history of the Nobel Prize who did not make a speech of thanks. He was awarded the Nobel Prize 'for his outspoken and ingenious renewal in the art of the stage and drama'. His most famous works include Il Fu Mattia Pascal, Così è (Se vi pare), Il berretto a ragli and Sei personaggi in cerca di autore.

7. Enrico Fermi and the Nobel Prize by mistake 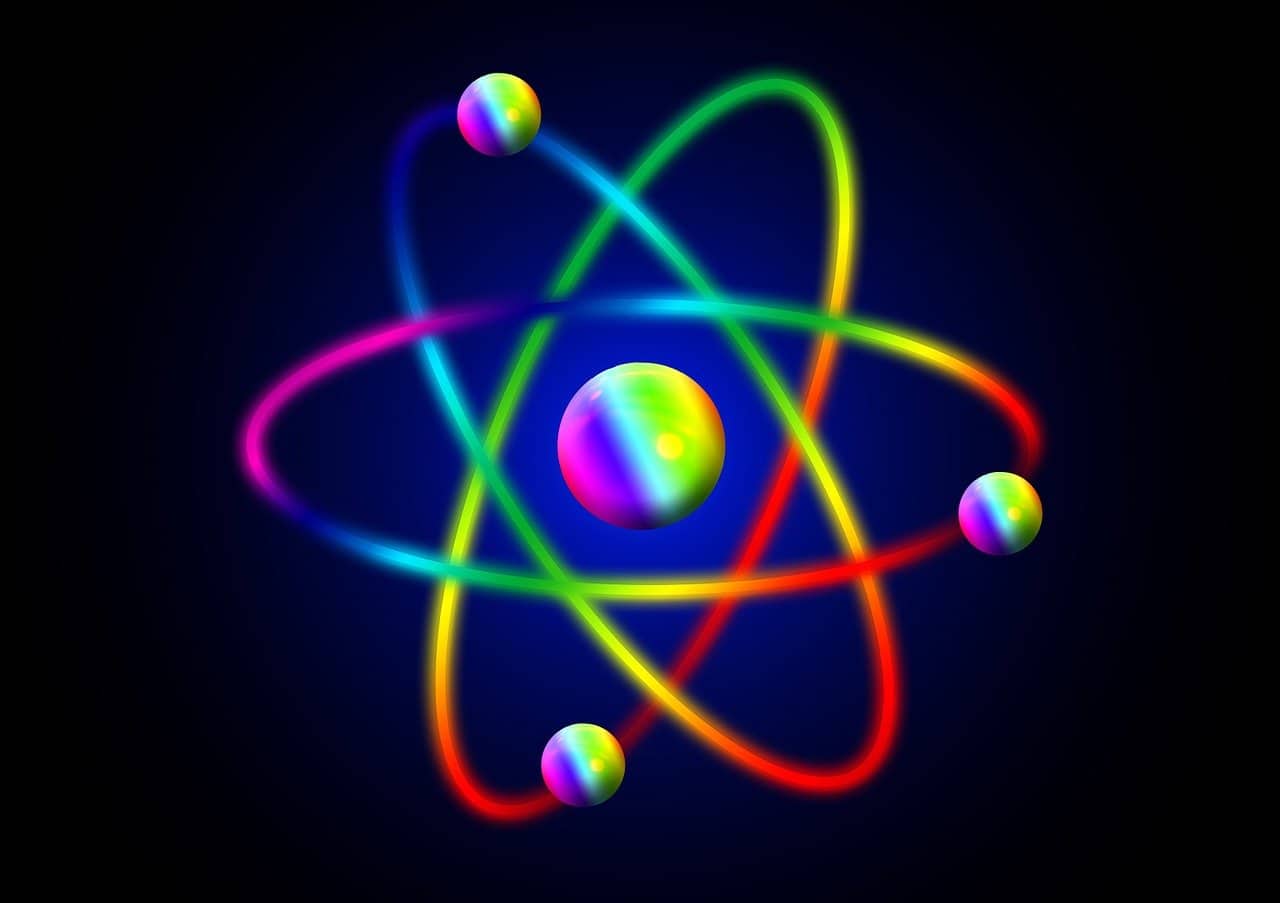 In 1938, at the height of the Fascist era, the Stockholm Academy awarded Enrico Fermi the Nobel Prize for "the identification of new radioactive elements produced by neutron bombardment and for the discovery, in connection with this study, of nuclear reactions caused by slow neutrons". The newspapers of the fascist regime joyfully acclaimed the feat of the 'Italian genius'; Enrico Fermi was considered the greatest nuclear physicist in the world, and for four long years no one noticed that his conclusions were wrong: it was Otto Hahan, Lise Meitner and Ida Noddack, at different times, who pointed out to the great physicist that what he had achieved was not the enlargement of the nucleus but the fission of the atom. In 1945, the Nobel Committee partially recognised the error and awarded the Nobel Prize to Otto Hahan, not recognising the contribution of the two women. 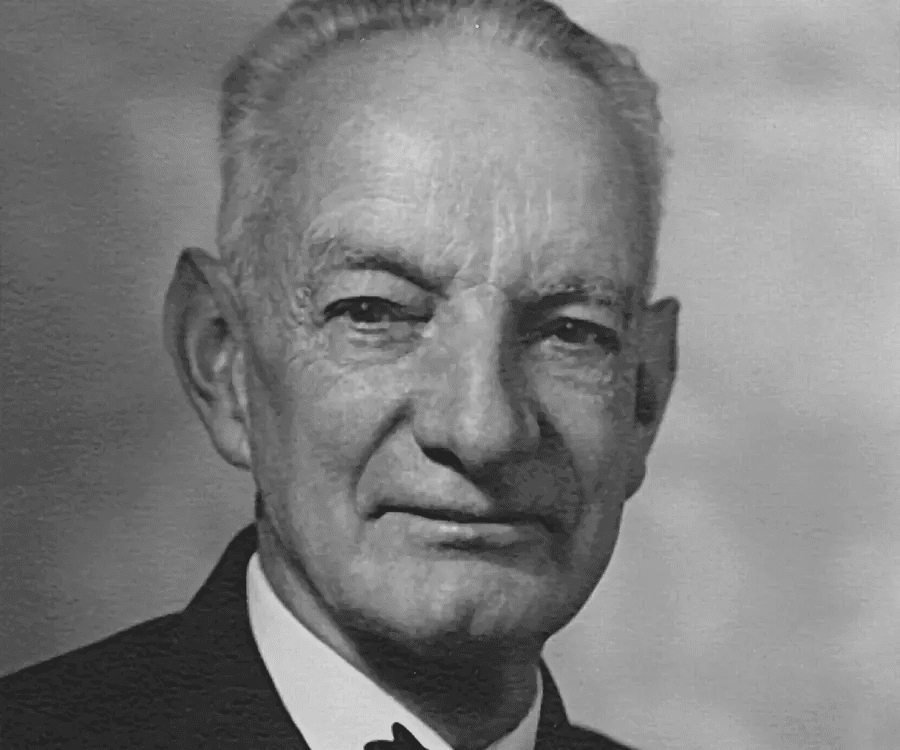 Daniel Bovet was a Swiss biochemist (later naturalised Italian) who won the Nobel Prize for Medicine in 1957 for his hard work in pharmaceutical research, mainly related to chemotherapy; he also won several awards for his studies on the vascular system and skeletal muscles.

Everyone stands alone at the heart of the world, pierced by a ray of sunlight, and suddenly it's evening 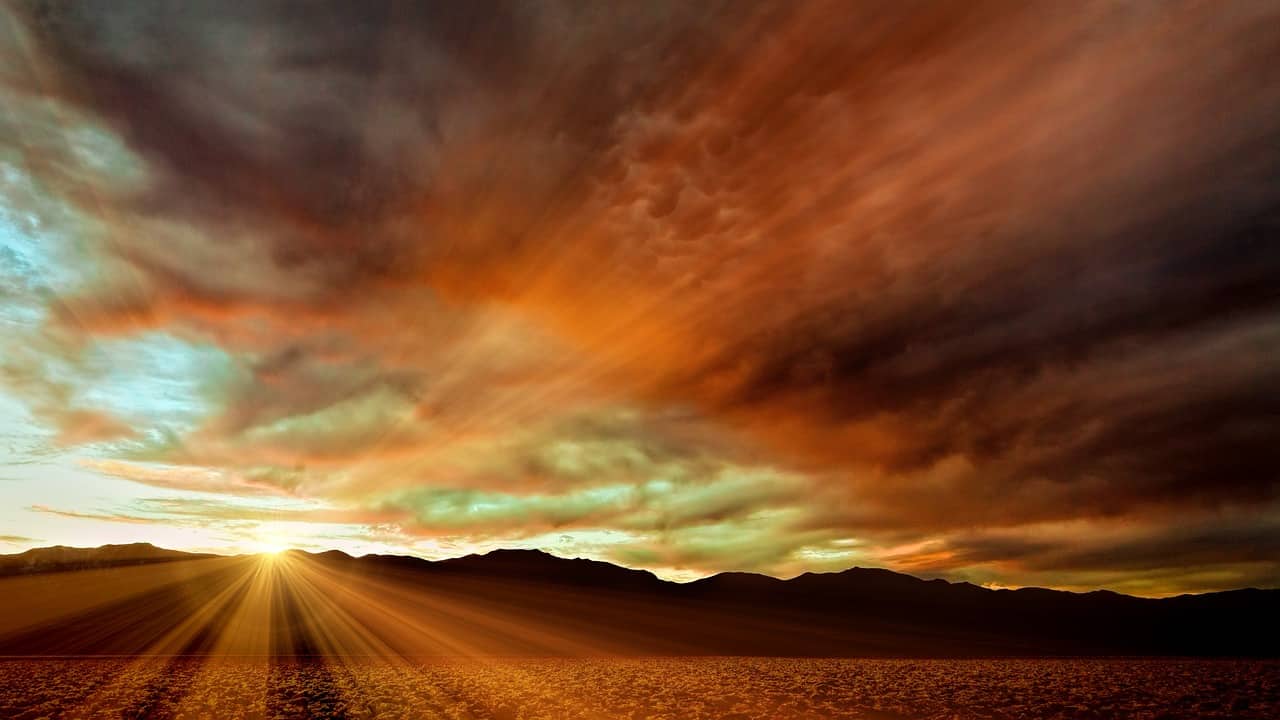 Salvatore Quasimodo won the Nobel Prize for Literature in 1957, narrowly edging out Danish author Karen Blixen. The writer from Ragusa was awarded "for his lyrical poetry, which expresses the tragic experiences of life in our times with ardent classicism". His most famous works include the collection of poems Ed è subito sera (And It's All Night), as well as his wonderful translations into Italian such as Homer's Odyssey, Sophocles' Oedipus Rex, Shakespeare's Romeo and Juliet and Moliere's Tartuffe.

10. Emilio Segrè and the antiproton 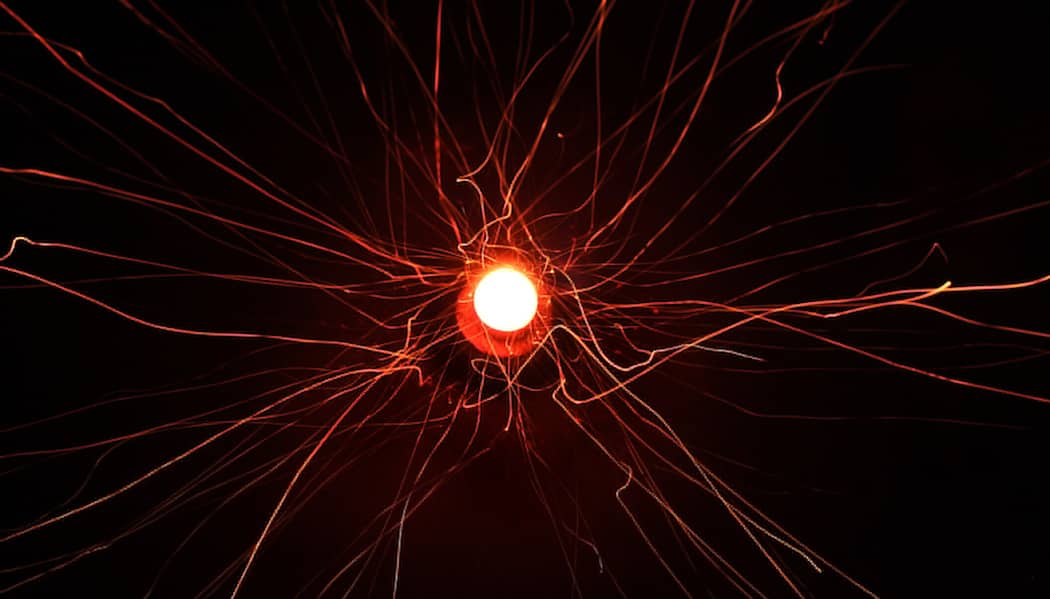 Emilio Segrè was an Italian physicist from Rome, who studied nuclear physics and elementary particles. In 1955, while working at the particle accelerator at the University of Berkeley, Segrè discovered the antiproton together with his colleague, physicist Owen Chamberlain. Both were awarded the Nobel Prize for Physics in 1959. 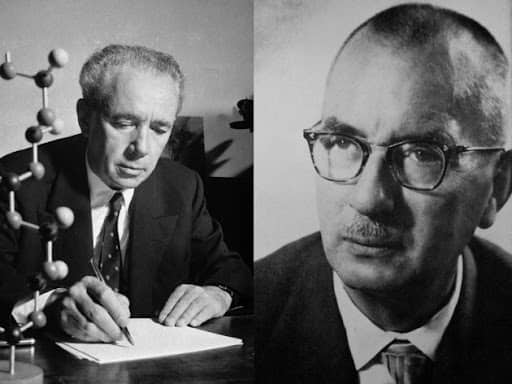 Giulio Natta was an engineer and university lecturer from Imperia who was awarded the Nobel Prize in Chemistry in 1963 together with his colleague Karl Zeigler with whom he was working on high polymer technology: Zigler was awarded for the discovery of new polymerisation catalysts and Natta for synthesising many stereoregulatory polymers from various classes of monomers

12. Salvatore Luria and the mutability of viruses 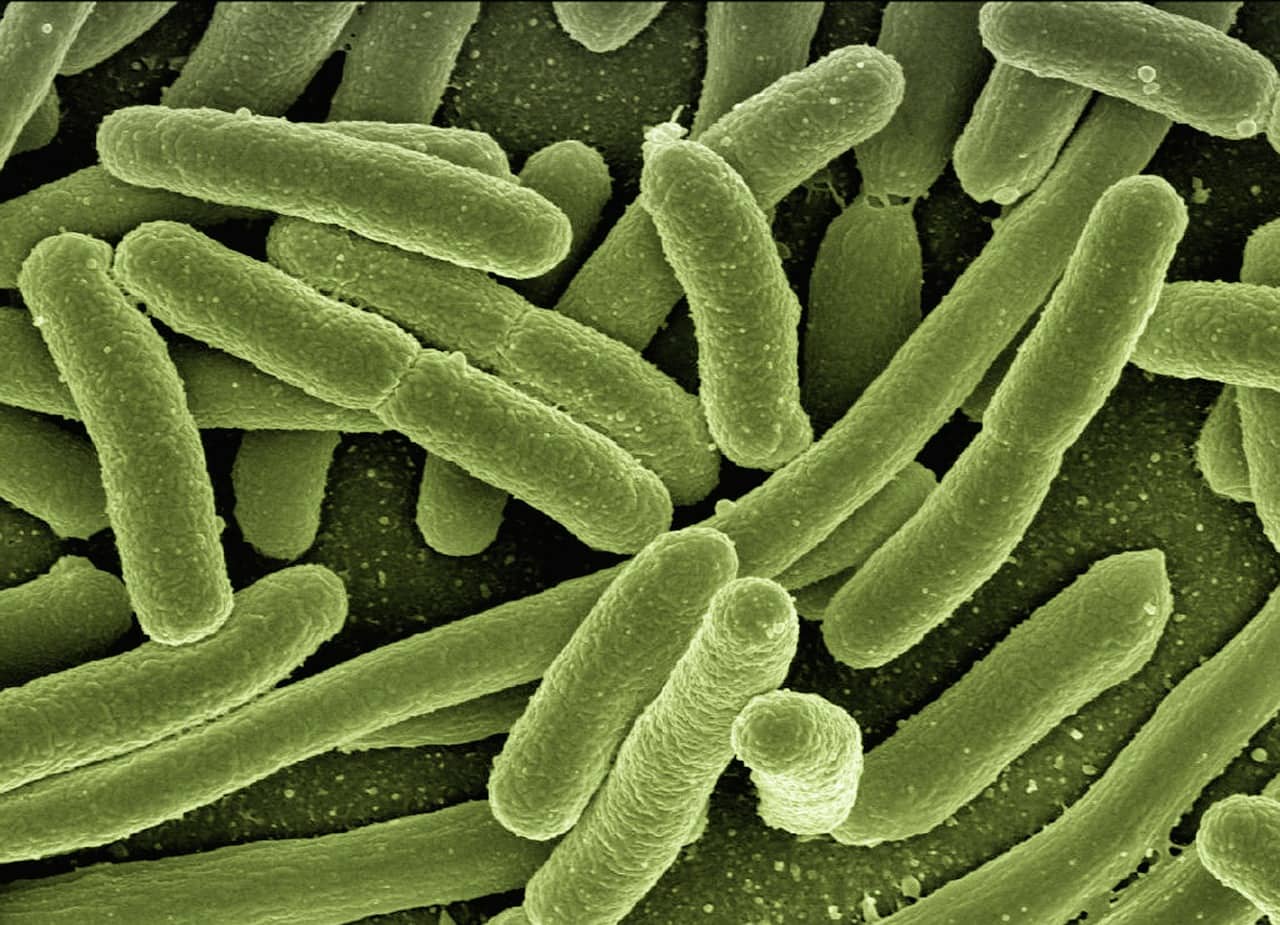 The studies of Salvatore Luria, a biologist from Turin, led to the creation of important disciplines such as bacterial genetics and virology. In particular, in 1969 he was awarded the Nobel Prize for Medicine together with his colleagues Delbrück and Alfred Hershey, thanks to their research into the multiplication and mutability of viruses.

At any rate I am here because I have written poems. A completely useless product, but hardly ever harmful. (from Is Poetry Still Possible?, speech given on receiving the Nobel Prize in 1975)

13. Eugenio Montale and the poetry of reality 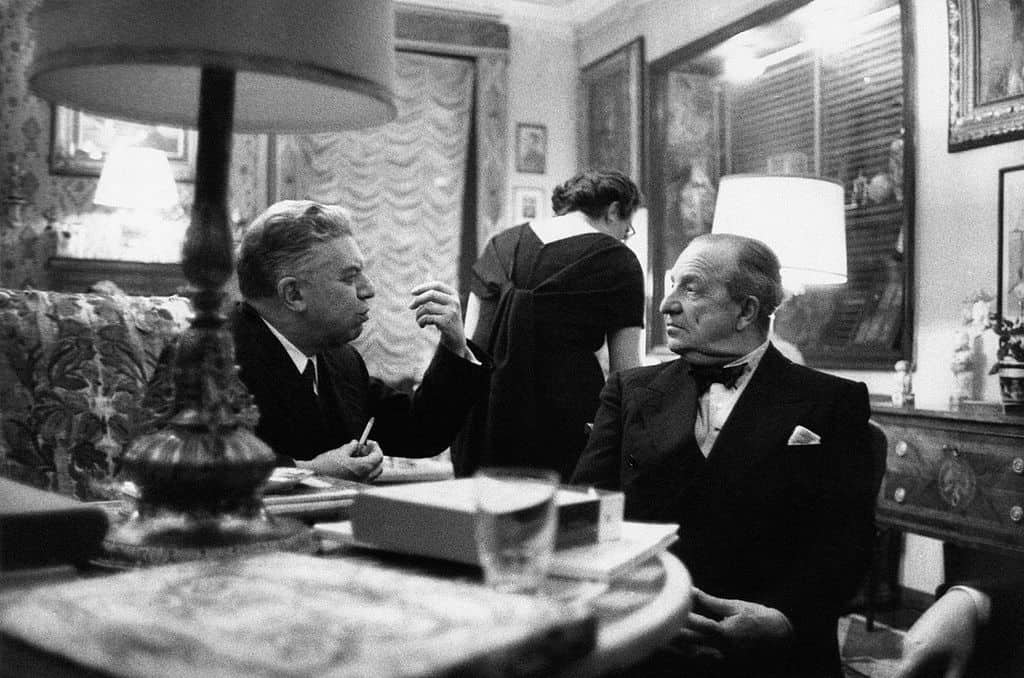 Genoese poet and writer, Eugenio Montale was an internationally renowned journalist, poet and writer. He won the Nobel Prize for Literature in 1975 for his distinct poetics which interpreted human values under the symbol of a vision of life devoid of illusions with great artistic sensitivity.

14. Renato Dulbecco and the genetic material among viruses and cells 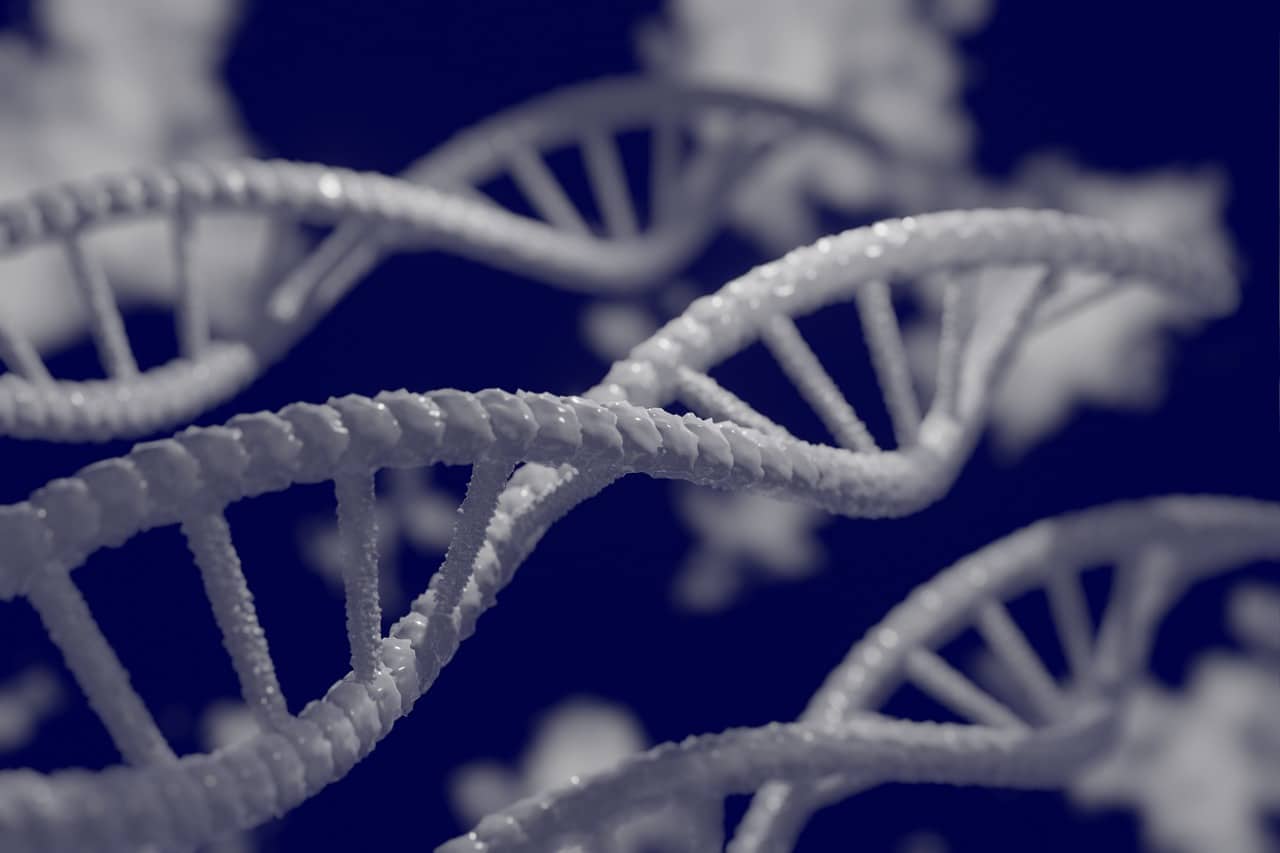 Renato Dulbecco was born in Catanzaro in 1914 and was one of the most important Italian geneticists. He was awarded the 1975 Nobel Prize in Medicine together with his students Baltimore and Temin for demonstrating that the genetic material of the virus is incorporated into the DNA of the host cell and becomes part of the cell's genome. 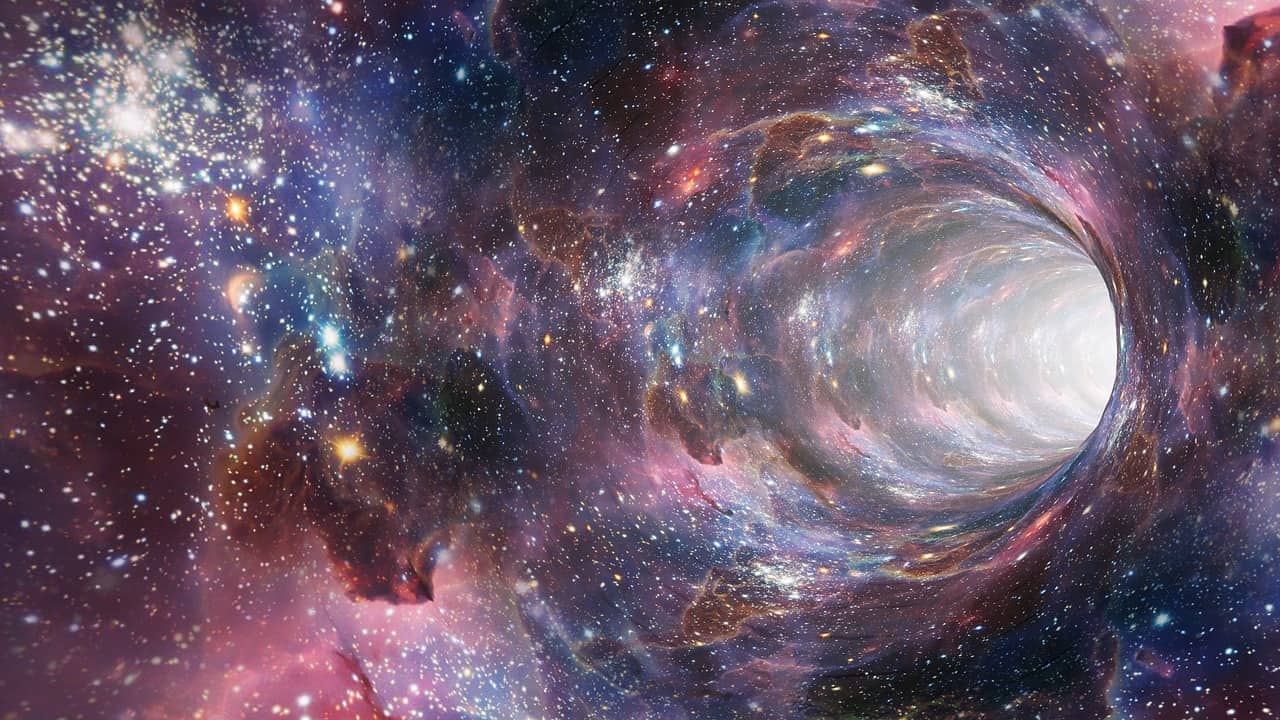 Carlo Rubbia was a multifaceted physicist who devoted his career to the study of elementary particles and related energy problems, cosmic neutrinos and dark matter. With his colleague Simon van der Meer, he won the 1984 Nobel Prize in Physics for "their decisive contribution to the extensive project that led to the discovery of the W and Z particle fields, indicators of weak interaction".

16. Franco Modigliani and economics for families 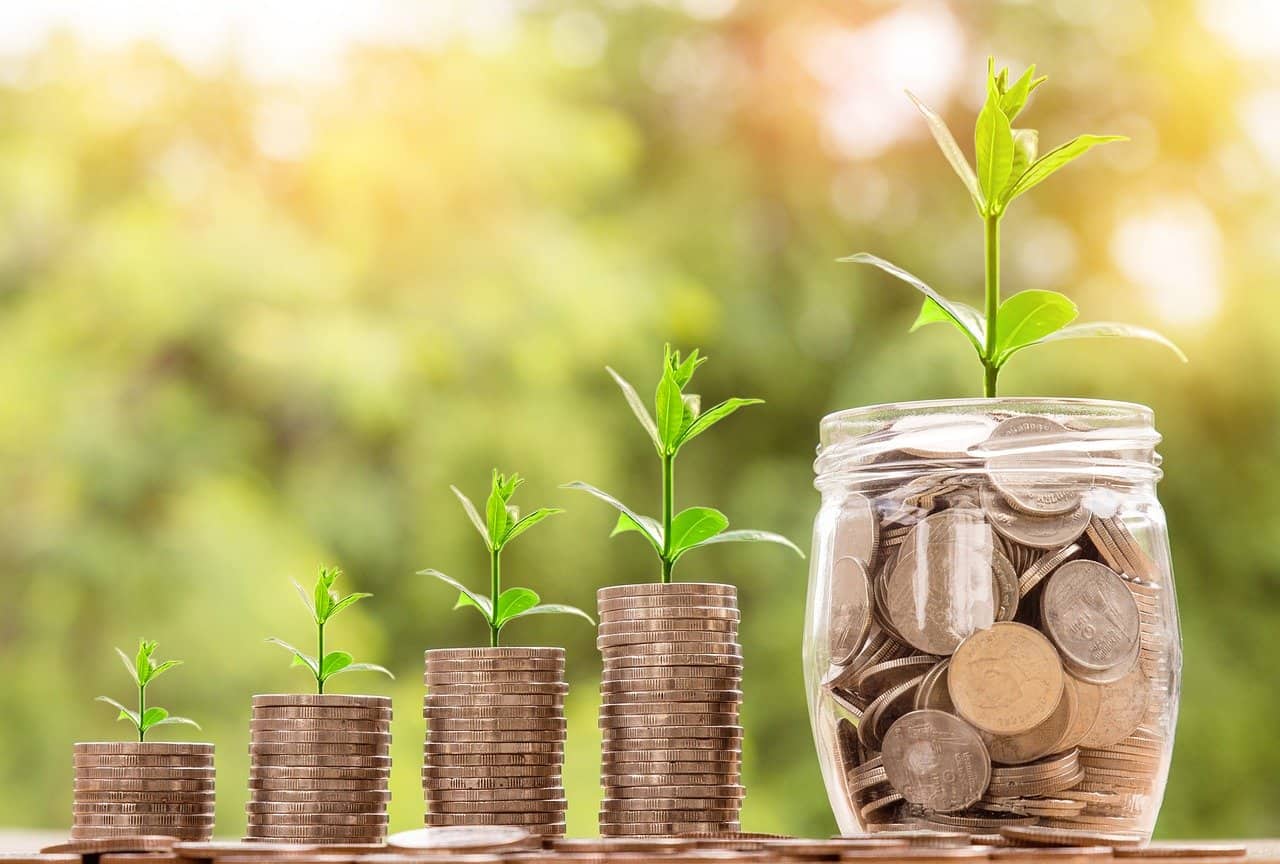 The first and only Nobel Prize in Economics to be awarded to an Italian was won by Franco Modigliani in 1985. The Roman economist developed important theories on corporate finance, household savings and financial market mechanisms: these pioneering studies earned him the coveted Alfred Nobel Memorial Prize. 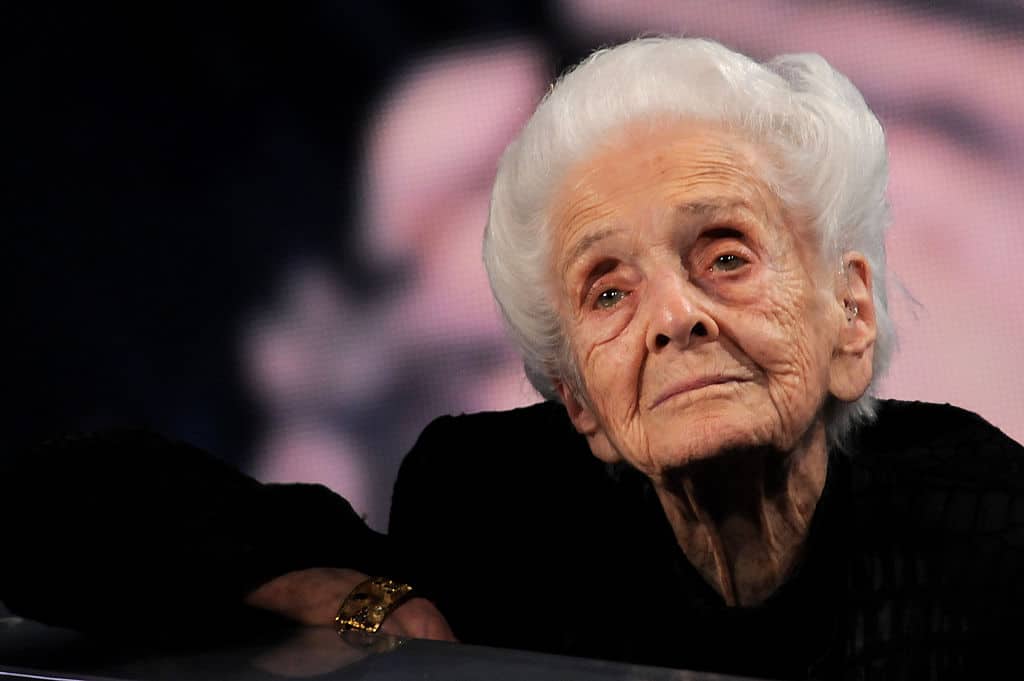 Rita Levi-Montalcini was a sensational neurologist from Turin, known all over the world and much loved in Italy. Her studies on nerve cells led her to discover the nerve growth factor, a sensational discovery that was finally recognised by a woman. "The discovery of NGF (Nerve Growth Factor, a protein useful for the development of the nervous system. The discovery of NGF (Nerve Growth Factor) is a fascinating example of how a keen observer can extract valid hypotheses from apparent chaos. Previously, neurobiologists had no idea what processes were involved in the proper innervation of the body's organs and tissues.

Throughout my life, I have never written anything just to entertain. I have always tried to put a crack in my texts that would undermine certainties, challenge opinions, provoke indignation, open minds 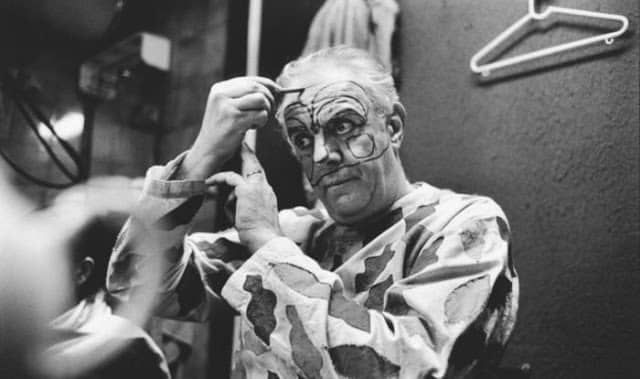 "Because, following in the tradition of medieval jesters, he mocks power by restoring dignity to the oppressed". With these beautiful words, King Gustav of Sweden awarded Dario Fo the Nobel Prize for Literature in 1997. During his long career, this versatile artist from Lombardy was a writer, author, director, playwright and a great connoisseur of Italian Commedia dell'Arte, but above all, he was a man politically committed to improving his country. 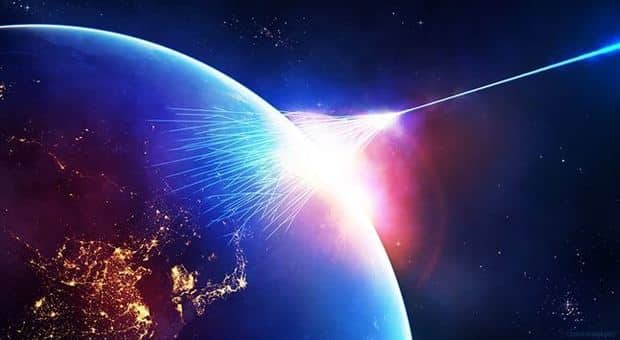 Riccardo Gicconi was an astrophysicist from Genoa who won the Nobel Prize for Physics in 2002 for his work in developing satellite telescopes capable of studying space radiation: thanks to these instruments he was able to carry out important studies on the non-visible part of the magnetic spectrum which led to the discovery of the first cosmic sources of X-rays. 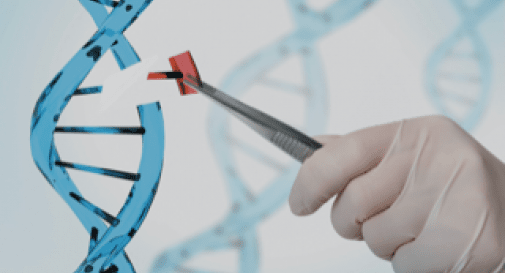 Mario Capecchi, a geneticist from Verona, is one of the most respected experts on 'gene targeting' techniques for deactivating specific genes: by using embryonic stem cells, Capecchi was able to create animals characterised by the absence of a specific gene. These discoveries can lead to genetic modifications, and this revolutionary discovery won him the Nobel Prize for Medicine in 2007.

In all chaos there is a cosmos, in all disorder a secret order Giorgio Parisi is a Roman physicist with a long academic career behind. He was recently awarded the Nobel Prize for Physics together with his colleagues, the Japanese Syukuro Manabe and the German Klaus Hasselmann " for the discovery of the interplay of disorder and fluctuations in physical systems from atomic to planetary scales ". In particular, the prize was awarded to the Italian physicist thanks to his physico-mathematical calculations that are fundamental to all manifestations of the complexity of nature, from atomic to cosmic dimensions, including the formations of flocks of birds.

Giorgio Parisi's studies will be fundamental in addressing the challenges facing human society in the years to come, such as climate change. As President of the Accademia dei Lincei, Giorgio Parisi has also been very active in the last two years in the fight against the Sars-Covid19 epidemic, stressing the absolute importance of sharing epidemiological data throughout the scientific community.