Villa d'Este, in Tivoli, less than 30 km from Rome, is a true masterpiece of hydraulic engineering and a spectacle of Renaissance architecture. It is defined as a "water dream" for its theatricality that amazes and accompanies visitors during their stay in this oasis of peace a stone's throw from the capital, lulled by the cadenced rhythm of the fountains and awesome water games.

The origins of Villa d'Este

About 25 km from the capital and about 6.5 km from the majestic Villa Adriana in Tivoli stands the spectacular Villa d'Este, authentic architecture and hydraulic engineering masterpiece. It was built by Cardinal Ippolito II d'Este from Ferrara, governor of Tivoli from 1550. He wanted to create a superb work that could compete with the splendour of the nearby Villa Adriana.

Son of Duke of Ferrara Alfonso I and Lucrezia Borgia, and a frequent candidate for the papal throne, Ippolito was appointed cardinal in 1539. After several years spent in France, at the court of Francis I, he moved to Rome and settled there, becoming what can rightly be considered an authentic patron of the arts. A rather controversial personality, Ippolito is still the patron and leading figure in the panorama of his time, thanks to whom the masterpiece that proudly bears his name was created.

Villa d'Este is the perfect combination and synthesis of the splendour of Ferrara, Rome and Fontainebleau courts. Considered an authentic garden of wonders with its gardens, fountains and water games, it represents the most genuine expression of Renaissance culture. Its originality and magnificence have inspired many European gardens, including those of the Royal Palace of Caserta.

It was declared a UNESCO World Heritage Site in 2001 for its exceptional universal value.

The ambitious Project and the Evolution of Villa d'Este

Villa D'Este complex, consisting of the palace and the garden, was designed by the painter, archaeologist, antiquarian and architect Pirro Logorio and realised by the court architect Alberto Galvani with the collaboration of numerous artists and craftsmen. The entire area, which measures a total of 4.5 hectares, has an irregular quadrilateral plan. The villa plan is also irregular, as the project is based on the transformation of an ancient monastery attached to the Church of Santa Maria Maggiore and the surrounding land. After the first archaeological research and studies on this site, Logorio verified its feasibility, and Galvani began the work.

Initially, the work proceeded rather quickly but was then interrupted by accusations against the Este cardinal, who was accused of living in unbridled debauchery and simony. Around 1560, with an enormous outlay of money, work resumed on its completion, involving talented artists and craftsmen from Italy and abroad. The villa was completed in 1572, following the death of Cardinal Ippolito d'Este.

Finally, the decorations of the palace rooms and the work on the garden with its spectacular fountains and water games were completed. After subsequent interventions in the 17th century, the villa experienced deep decadence between the 18th and part of the 19th century. Towards the middle of the 19th century and thanks to the interest of Cardinal Gustav Adolf von Hohenlohe, great and skilful renovation work was carried out, and Villa d'Este came back to its ancient splendour.

The German cardinal hosted numerous artists in the villa, including the musician Franz Liszt, who composed the famous piano work "Water Games at Villa d'Este" here. In 1879, Liszt gave one of his last concerts at Villa d'Este. In the early decades of the twentieth century, the Italian State acquired the complex, which was restored and opened to the public between the 1920s and 1930s.

The Gardens of Villa d'Este: a Water Dream

As mentioned above, the complex of Villa d'Este covers an area of 4.5 hectares. It is laid out along the steep slopes that lead from the palace to a level terrace in the so-called Valle Gaudente (literally "joyful valley"). Its name suggests that it has a privileged position thanks to its climate, exposure and healthy air, and unique panoramic view. Each of the five main transverse axes of the garden culminates in the presence of a fountain.

This layout of axes and modules was a compulsory choice to conceal the garden's irregularity due to the monastery's original structure and the surrounding area on which the complex stands. Another reason is the desire to give a different arrangement to the relationship between the transverse and longitudinal dimensions.

Hence, an optical illusion provided the building with a prominent central position that was out of alignment with the overall architecture. The garden is an exemplary work of art, the result of mastery and the highest hydraulic engineering principles, both in its general structure and in the articulation, complexity and diversity of fountains and water games.

Tivoli is considered the city of water par excellence, and Ligorio went to seal this status with one of the most magnificent hydraulic works, using a team of expert professionals. The cardinal had the waters of the Aniene river and the Rivellese aqueduct channelled to feed the water games and, of course, supply the palace.

A spectacular system alternating terraces and slopes, along a central longitudinal axis and five main transversal axes: all connected by stairways that, with skilful ingenuity, solve the problem of gradients and differences in level due to the nature of the soil. A harmonious combination of spouts, waterfalls, fountains (50 in all), terraces, and avenues lined and adorned with thick and varied vegetation.

In practice, the villa was conceived as a theatre capable of involving the spectator, wholly invested by the water games or by the music masterfully created by the movement of the water of some of the fountains: the Oval Fountain, the Fountain of Rometta, the Alley of the Hundred Fountains,  the Fountain of the Organ, and the "Bicchierone" Fountain  (cup shaped like a big chalice) by Gian Lorenzo Bernini, among the most particular ones to be admired.

The Palace, a Dream of Glory

To build the Palace, Ligorio had to exploit and convert the existing structure of the old convent of Santa Maria Maggiore. Thus, the central nucleus of the building was developed around the Benedictine cloister, which took the form of a very elegant portico. Of particular interest, we can appreciate the rooms on the palace's main floor, finely decorated and painted by a large group of artists of the late Roman Mannerist period, including Livio Agresti, Federico Zuccari, Girolamo Muziano e Cesare Nebbia. The rooms and halls are arranged in succession, as if to follow and respect a hierarchical order: the cardinal's apartments, the reception rooms, the guests' rooms and, finally, other service areas.

The main façade dominates the astonishing garden-valley, reiterating the desire to show guests the villa and the garden in all their magnificence. Visiting the sumptuous rooms of the palace, finely and meticulously decorated, one has the feeling of being truly welcomed and accompanied during one's stay inside the majestic building.

The palace is rather simple and austere, characterised by three orders of windows without a tympanum and highlighted by stringcourses, typical of the classical canons of Renaissance palaces. However, the ingenious Ligorio softened this "severe" connotation by inserting the Belvedere Terraces, structured in two orders, with arches inserted in columns and trabeations and two symmetrical ramps to the garden.

The rooms on the two most important floors, the cardinal's flats (on the courtyard level) and the one below for representation/reception, were the result of the work of masters of the highest level. Undoubtedly, we can affirm that between 1560 and 1572 the villa was a hotbed of artists. The purpose of such a masterpiece was to glorify the cardinal and his family, extolling their virtues, gifts and noble origins.

Villa d'Este, as already mentioned, became part of UNESCO World Heritage List in 2001 for the following reasons or criteria:

Criterion I: Villa d'Este is one of the most remarkable examples of Renaissance culture at its culmination.

Criterion II: The gardens of Villa d'Este profoundly influenced the development and design of gardens on the Old Continent.

Criterion III: The gardens of the Villa d'Este embody the principles and motifs of Renaissance aesthetics to perfection and in a masterly manner.

Criterion IV: The gardens of the Villa d'Este are among the earliest examples and most beautiful wonder gardens, representing the triumph of the Renaissance.

Criterion V: Villa d'Este complex, consisting of its palace and gardens, is an extraordinary testimony to the Italian Renaissance, a genuine source of artistic inspiration since its creation.

In addition, the palace and gardens has a high degree of authenticity where the different periods of the complex itself are clearly and easily recognisable. The remains of the monastery and the Roman villa are still visible, despite the numerous reconstructions and restorations that have preserved the original beauty that still attracts many visitors.

For lovers of physical activity and direct contact with nature, there is an original itinerary from the historic centre of Tivoli to the spectacular Villa d'Este and Villa Adriana. From the central Piazza Garibaldi, a stretch of Via Tiburtina leads to a nature trail that continues along a subway to a road called Strada Pisoni . This way skirts the area's countryside known as Colli di Santo Stefano, leading us precisely in front of Emperor Hadrian's residence.

However, we should point out that the pedestrian portion of the Pisoni road is about 500 metres, so we recommend paying attention to the remaining part where cars circulate. Along this circuit of about 4 km of medium difficulty, you will find sportspeople practising outdoor activities, not without pitfalls for those with mobility problems and the less experienced. Before embarking on this track, we recommend that you carefully assess any difficulties your companions may have. On sunny days with clear skies, you will be able to see St. Peter's Dome standing out on the horizon along the nature trail. All this proves that in Italy, wherever you look, you come across an unparalleled spectacle.

...Amidst untouched vegetation, the hundred fountains speak. They speak gently and softly as if they were women's mouths...


Do you want to know more about UNESCO sites in Italy? Don't miss Visit Italy's complete guide to all Italian UNESCO sites, region by region. 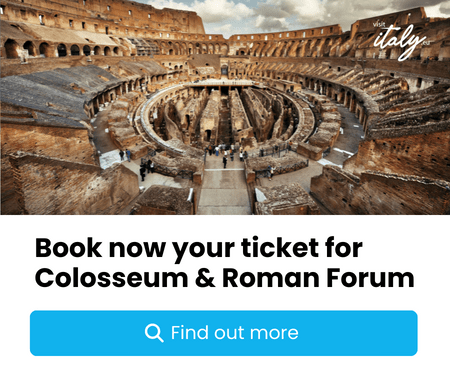