International Book Day: 5 places to celebrate it in Italy

April 23rd has been set as the official date for the International Book Day, a celebration by its nature very close to Italy, because of the strong cultural component that has always characterized the Belpaese.

To celebrate this occasion in the best way, you just need looking for the right place: if you love books, here are five themed locations that could be right for you!

International Book Day: how it was born Book Day originally started as a Spanish event, which then spread to the whole world. The first book festival dates back to 1931, and was celebrated at the behest of King Alfonso XIII. Under the patronage of UNESCO, Book Day became a worldwide event in 1996 and it was also set the date of April 23rd. This day has in fact a close link with literature, as in 1616 it marked the death of William Shakespeare and Miguel de Cervantes. And April 23rd is also the day of birth of other important writers, such as Vladimir Nabokov, known for the classic Lolita. During International Book Day there is also the curious custom of giving a rose along with a book, both in case it is sold or given as a gift. This gesture has its origin in Spain, and it comes from the festival of Saint George, patron of Catalonia, which is held on April 23rd and requires men to give women a rose. During the International Book Day, all the places related to culture are mobilized in organizing conferences, events, flash mobs, presentations, exhibitions and, in general, activities aimed at encouraging reading. Since 2001, UNESCO also uses to elect a World Book Capital, precisely because of the quality and quantity of initiatives developed by each city. In 2006 this honor fell to our Turin. Anyway, wherever you are, the first thing to do is to buy a book and, perhaps, dedicate the day to reading. Then, if the idea is to go searching for the most beautiful libraries (and similar) we can find in Italy, continue reading the article to discover 5 incredible places where to celebrate the feast of the book in Italy!

The Library was formed at the end of the 18th century, and its first location was the current Archaeological Museum. The continuous enrichment of the library's collections (among which we certainly mention the one of Count Lucchesi Palli and some autograph manuscripts by Giacomo Leopardi, along with the Workshop of Herculaneum papyri) made it necessary to find a new location that could accommodate such a vast cultural heritage.

Therefore, the Library was moved to the magnificent Royal Palace, which still houses it today. Due to the large amount of library material kept, the National Library of Naples is third among Italian libraries, ranking immediately after the ones of Rome and Florence. The Salaborsa Library of Bologna became such only recently, that is, it was established as a library in 2001, inside the historic Palazzo d'Accursio.

Even though it is housed in a historical city site, Salaborsa is a modern public library, in the sense of multimedia, with particular attention to contemporary culture and everything revolving around it, such as audiobooks, comics, magazines, CDs, and DVDs.

Its primary purpose is to represent a center of aggregation through the many free and open events for all. In the 1920s, Palazzo d'Accursio was the headquarters of the Bologna Stock Exchange and, later, the premises were used as administrative offices of the Municipality of Bologna. A place strongly rooted in the reality of the city, now aimed at an identity that is both cultural and technological. 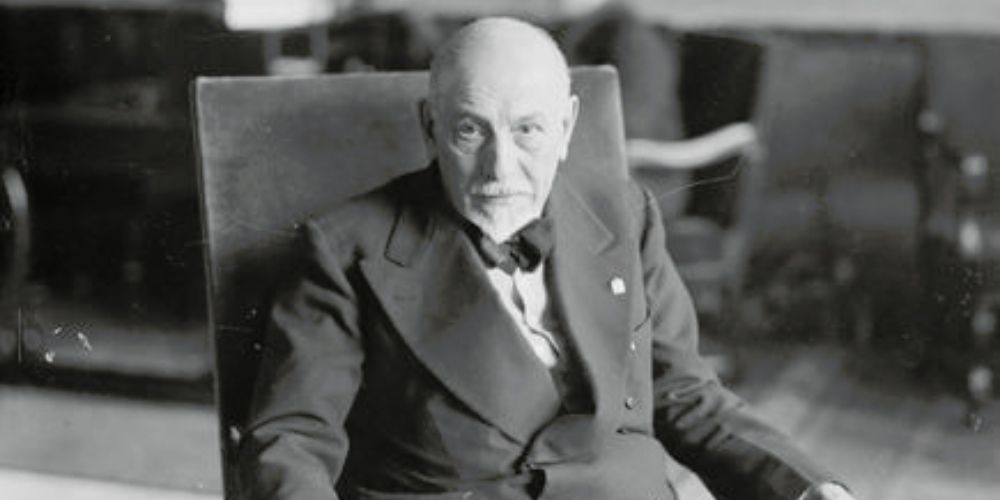 In Rome you can visit the apartment (with adjoining library) of Luigi Pirandello, one of the greatest Italian writers of the twentieth century, awarded the Nobel Prize for Literature.

The furnishings of the studio, located in a small villa in Via Antonio Bosio, still retain the original furniture of the thirties and, inside, you can admire the typewriter that was used by Pirandello, some paintings of his son, original manuscripts. To welcome the visitor is the same living room where the guests of the esteemed writer used to sit, among whom were illustrious names such as Eduardo De Filippo.

The library counts about 2000 volumes that belonged to Pirandello, which will make the happiness of all those who love to spy on the "behind the scenes" of their literary heroes. After all, if Pirandello had lived in our days, he would certainly have shown himself in his Sunday morning overalls on those same sofas to all his followers. 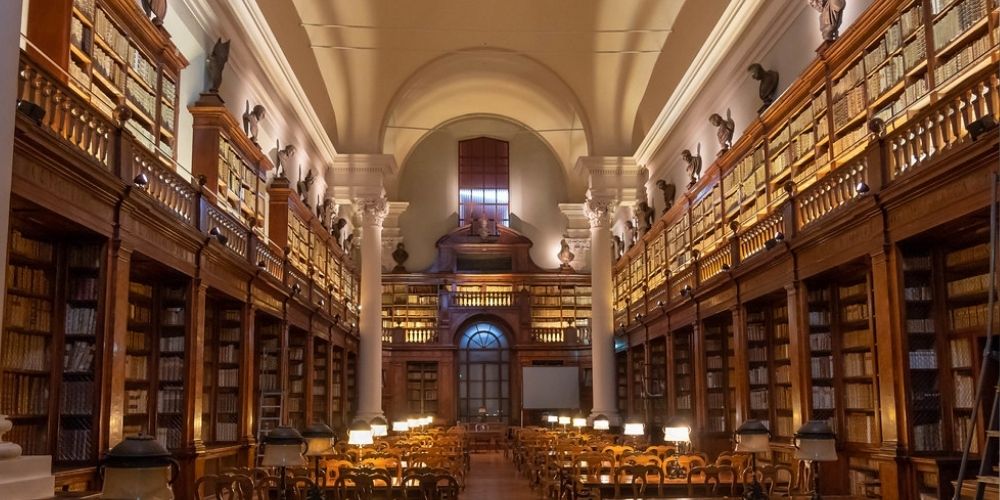 From Rome, let's make another trip to Bologna, a city truly rich in cultural and book heritage. Let's not forget that several thematic fairs are held there, such as the Bologna Children's Book Fair, strictly dedicated to illustrated books and their authors.

The library, due to the huge number of materials (volumes, incunabula, pamphlets, manuscripts, prints, drawings, photographs) is classified as the largest public library in Bologna. There are many bequests from illustrious figures, including Umberto Eco.

Before becoming a university library, it was created as an annex to the Institute of Sciences, at the behest of the botanist Luigi Ferdinando Marsili. Another peculiarity of the Institute is that, in addition to being a library, it is also a picture gallery, with a large collection of paintings depicting famous personalities among scientists and intellectuals. The Malatesta Library of Cesena has a great historical and cultural value, recognized also by UNESCO which, in 2005, included it in the Memory of the World Register. As its name suggests, the library was founded in the 15th century by the then lord of the city, the leader Domenico Malatesta, who established it in agreement with the Franciscan friars.

The Malatestiana, divided into two parts (an ancient and a modern one), contains 380,000 volumes and can boast an incredible primacy: it was the first civic library in Italy and Europe. Another curious peculiarity maintained even today is the one of not using any source of artificial lighting inside the library, just as in past centuries the use of candles was prohibited. An extraordinary form of respect for books, making this place the ideal place to show all our love for paper culture.