What to see in Sicily: 10 unmissable places

Sicily is the largest island in the Mediterranean Sea and it is the southernmost region in Italy. Sicily boasts over centuries and centuries of storied history and numerous beautiful landscapes. Here a shot about 10 places to do not miss in Sicily thanks to their breathless landscapes, unforgettable historical sites and their tasty culinary specialities: Catania, Noto, Modica, Agrigento, Selinunt

Catania lies along the eastern coast of Sicily, between the blue Ionian Sea and the volcano Etna. Catania was inserted in the UNESCO World Heritage list of Val di Noto in 2002 as examples of baroque architecture.. In fact dozens of churches and buildings are made of black and white lava stone, a baroque feature. Catania has many museums, the most important one is the Museo Civico del Castello Ursino. Here, the typical Sicilian scenarios is The fish market and you cannot miss it. It is very close to Piazza Duomo. You will hear the typical yells, called “abbanniari”, of the fishmongers made to attract clients. Sandwiches with horse meat (panino con la carne di cavallo) is the most loved street food of that area. What we can say about the beaches of Catania: a clear and blues waters bath fine golden sandy beaches, volcanic cliffs and coasts. 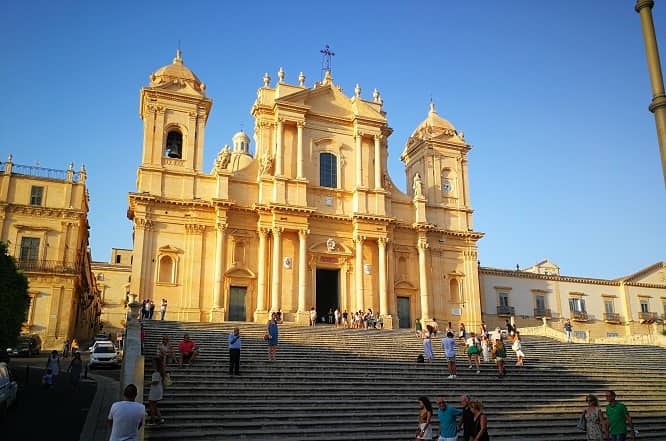 The undisputed capital of Sicilian baroque, Noto is definitely one of the main destinations to visit during your vacation at Val di Noto in southeastern Sicily. The characteristic golden yellow limestone was useful to build the churches and palaces of the city. You can visit Noto at any time of the year: in the summer Noto is the perfect combo of cultural and beautiful sea of its coast; in the winter, you can enjoy a tour of the Val di Noto and explore your senses thanks to excellent food and wine, tasting the local dishes and wines of the area. Do not miss the small places close to Noto as Marzamemi, Portopalo and the Riserva naturale di Vendicari It is part of UNESCO Heritage Sites in Italy. Modica consists of two urban centres, "Modica Alta" (Upper Modica) and "Modica Bassa" (Lower Modica). The older upper part is perched on the rocky top of the southern Iblei hill, the lower part is built on the lower slopes and valley below. Much of the city was rebuilt after the 1693 earthquake with imposing monuments in the Sicilian Baroque style. The Baroque Cathedral "San Giorgio" is dedicated to St George and was rebuilt after the earthquake of 1693, like many other parts of the city. . Another important church is "San Pietro", dedicated to St Peter, in Modica Bassa. Modica was also the birthplace of writer Salvatore Quasimodo, who won the Nobel Prize for Literature in 1959.

It is famous not only for its baroque style and history, but also thanks to its delicious artisanal chocolate. It is obtained from cocoa seeds handy worked with the same methods used by the old artisans in the 1700s. 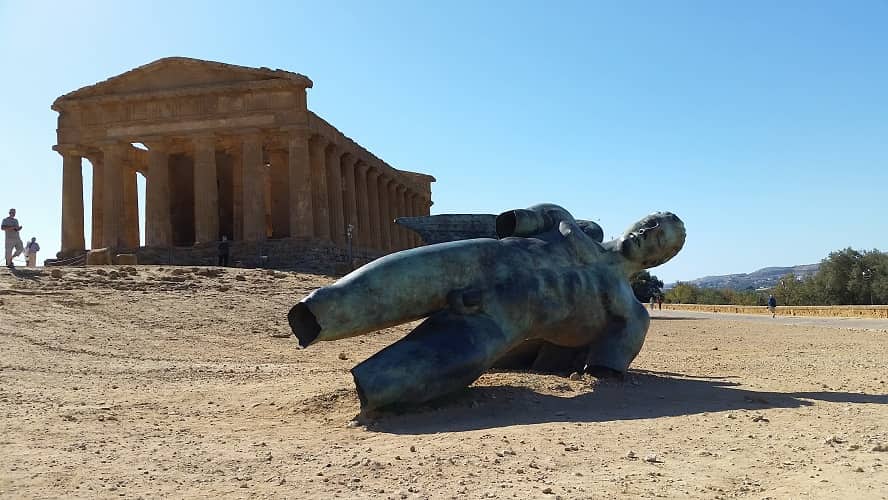 The ancient city of Akragas was immersed in an agricultural landscape dominated by olive and almond trees. It was one of the most important Greek colonies in Sicily. Agrigento and its Archaeological Park are one of the greatest examples of extraordinary monumental and natural heritage. It tells us a story of more than 2000 years. The Valley of the Temples is immersed in an agricultural landscape of rare beauty consisting mainly of centuries-old olive and almond trees. Covering some 450 hectares, it stands about 3 km from the sea on the top of two hills. The Valley of the Temples is important for its well-preserved temples built in honour of Greek gods. The Valley of the Temples consists of the remains of eleven temples, three sanctuaries, necropolis; hydraulic works; fortifications; part of a Hellenistic quarter and important meeting places. Near Agrigento, visit La Scala dei Turchi, Eraclea Minoa, Sciacca and Torre Salsa.

Greek pearl in western coast of Sicily, in Selinunte you’ll live the history, breath the legendary atmosphere of the Myth, dive into a sea of thousand shades of emerald and turquoise, walk on the soft golden sand against the African wind of Scirocco, you will see the breathless archaeological sites dominates the scene.

In Selinunte there is the largest Archaeological area in Europe: 270 hectares that tell about one of the most flourishing classical civilizations of the Mediterranean area. Do not miss the fish specialties to eat in the restaurants of the town and the beautiful beaches along the coast.

Marsala, is the western most city in Sicily. Phoenicians and Arabs have been among the protagonists of its long history: the former left a former colony on a charming island, while the latter gave the city its name: Marsa Allah, the port of God. It is located along the coast that connects Marsala and Trapani, in the portion that crosses the Riserva dello Stagnone, opposite the island of Mothia (Mozia). Here you can admire the extraction of sea salt. A magical landscape where sea, mills, islands in the background and Baroque old town centre are. Visit this undiscovered city: take a look at the elegant buildings in the historic centre, sip a glass of delicious wine in the tasting room of a historic wine cellar, stroll through the salt pans and admire the romantic sunset. You may already know: Marsala was the site of Garibaldi's historic landing, where he met the 1000 red shirts and the famous Unification of Italy began. Once in Marsala, do not miss to visit Trapani, Castellammare del Golfo e Mazara del Vallo.

San Vito lo Capo is about 90 km from Palermo airport and 65 km from Trapani airport. Among the best things to visit here are the old lighthouse, Tonnara di Cofano and Tonnara del Secco. The beaches are the real protagonists of San Vito lo Capo. The most famous one is the Bue Marino, considered by Legambiente to be the most beautiful in Italy. Among the most important natural areas, it is worth mentioning the Zingaro Nature Reserve, a protected area with an enchanting beach and a tourist village. Don't miss a visit to the two caves: the Cavalli and the Uzzo, with the homonymous tuna fishery. The crystal-clear colour and spectacular coastline make St Vito lo Capo unique in the world. 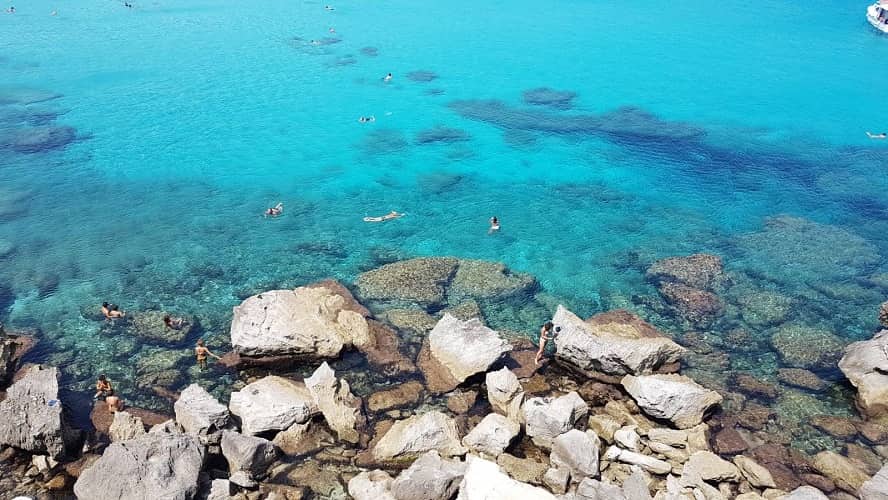 Off the northwestern tip of Sicily, the Egadi Islands (Levanzo, Favignana and Marittimo) are largely undeveloped and naturally beautiful. The first, Levanzo is mostly a protected nature park with this one small picturesque village, Cala Dogana, tucked in a cove The “Cave of the Genovese“, which contains Paleolithic etchings from 10,000 years ago and Neo-Enolithic paintings from 5,000 years ago. To visit it, charter a boat, and then hike from this bay about 45 minutes up a path to get to the mouth of the cave. The second island, Favignana, is larger and more developed. Here the Tonnara of Favignana was the site of the Florio family’s tuna netting, processing and canning facility. Stunning beaches and coves decorate Favignana: remind Cala Rossa (red Cove) and Cala Azzurra (Blu Cove). Marettimo the wildest and most unspoilt of the three islands. The sea it is so cobalt light blue that.....it seems unreal. It is such a real light blue....that....wondering “are we at the Caribbean?” it is not enough.

Cefalù, on the north coast of Sicily, 60 km from Palermo, is a beautiful town that was declared a UNESCO World Heritage Site in 2015. With a strong Arab-Norman character in its architecture and traditions, it is known for its Norman cathedral, the surrounding Madonie Park and the beautiful sea. 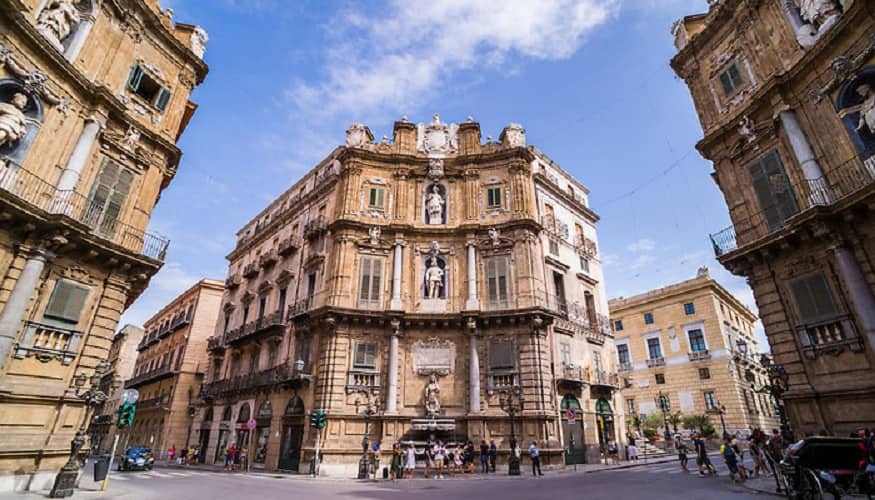 The magical Palermo is full of culture, history and good food. So many different nations and cultures have left a mark on the city. Its strategic position attracted invaders from around the world, as the Carthaginians, the Greeks, the Romans, the Normans, the Swabians, the French and the Spanish Bourbons, and so on. Each invader had an impact on the city's architecture, language and art. That is the reason why Palermo is so varied. So let’s see its historical buildings, its squares, its famous Massimo theatre and ....don't forget the magic sea and the deliciousness of cannoli, panelle and arancini. Close to Palermo you can visit: Segesta, Mondello e Monreale, Segesta. 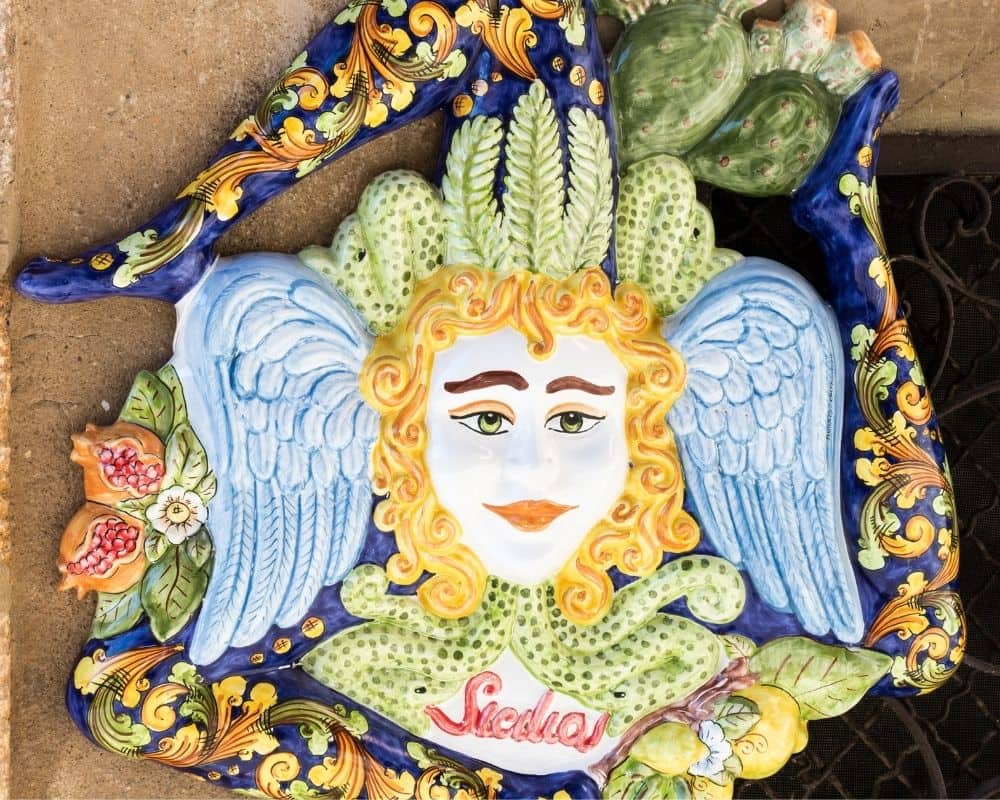