Sicily: the Island of Favignana, the butterfly of the Egadi Archipelago

The island of Favignana, the biggest of the three which compose the Egadi Archipelago, would like to become a Covid free summer destination for everyone.

The island of Favignana, the largest of the Egadi Archipelago, is called “the butterfly" (with spread wings) because of its peculiar shape, divided into two parts by the hill of Santa Caterina. Known as Aegusa by Greeks, then it changed its name to Favignana for the Favonio wind, which always blows there, making its climate mild and fresh. Nowadays, the municipality, which is part of the district of Trapani, has about 4,383 inhabitants. 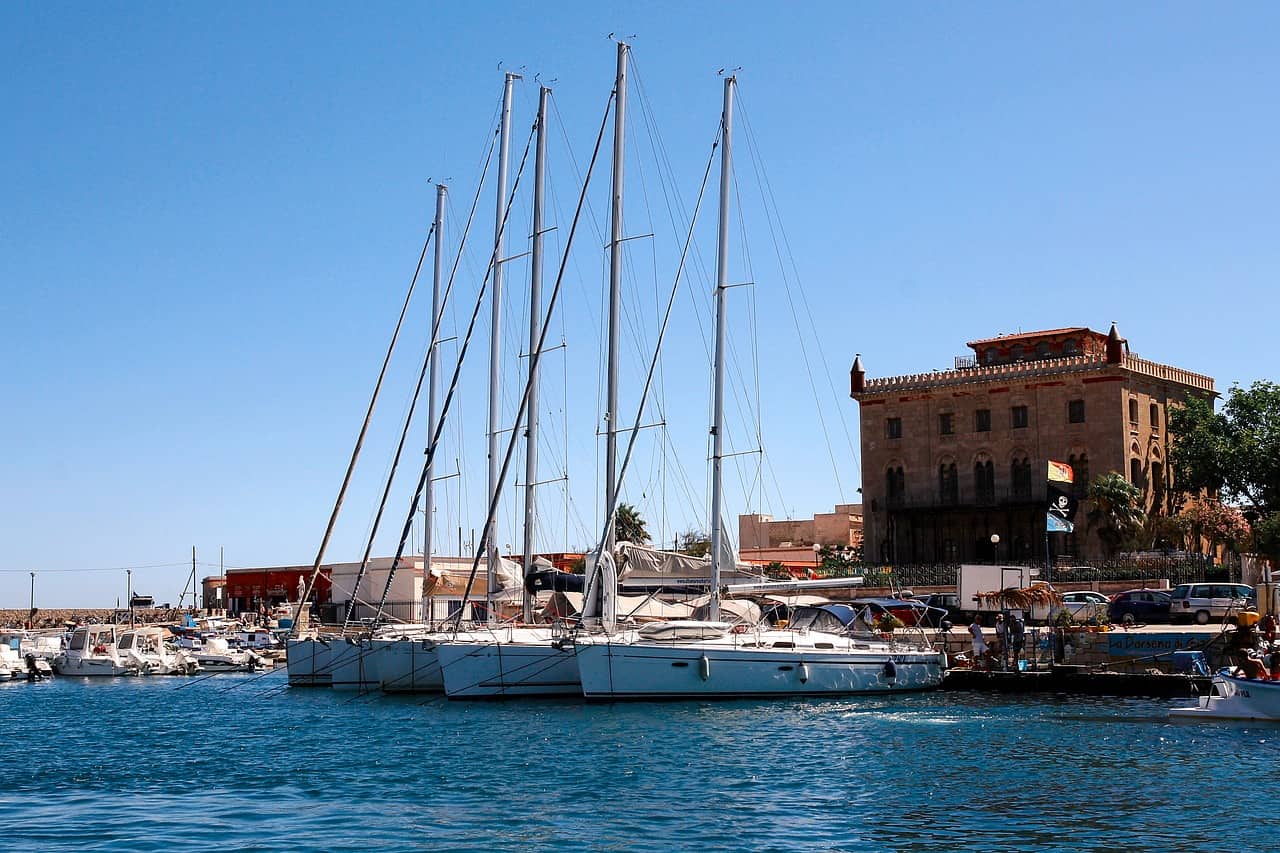 The municipality is almost ready for summer 2021 and it would like to become a Covid free destination since both Favignana and Marettimo have not recorded any cases of Coronavirus since March, while in Levanzo (the smallest of the Egadi Islands) Covid has never actually arrived. Tourists who choose Favignana will enjoy their wonderful holiday there with safety and prevention against the Covid contagion.
In addition to the crystal-clear sea, dreamy beaches, and the delicious Sicilian food, Favignana amazes with its stories and traditions, the paths through the countryside up to the highest part of the island (the castle of Santa Caterina), and the first aid center for sea turtles created in agreement between the Municipality of Favignana, the Egadi Island Area Marina Protetta, WWF Italy and Legambiente inside the Florio factory.

Dreamy beaches, bike ride through the Mediterranean scrub and sunset at the castle

Bays, sandy or rocky beaches, Favignana satisfies everyone. The beaches with fine, golden sand are Cala Azzurra, Lido Burrone, the Calamoni, then there are also suggestive sand and pebble coves located around Punta Lunga, the Preveto, the Faraglioni and Punta sottile. Cala Rossa is one of the most famous places on the island, offering both rocks and sand set in a sky blu and clear sea like a pool. There are also typical rocky areas for those who love to dive, such as Grotta Perciata, Punta Fanfalo, or il Cavallo. Not to be missed are the sea caves that can be reached by boat, such as the Grotta dei Sospiri.
For those who want to get lost in the wilder part of the island, among the Mediterranean scrub with its golden color that dips into the blue sea, renting bikes or a scooter in the center, it is possible to ride the roads beyond the town to discover the most hidden places. Favignana has a castle dedicated to Santa Caterina in the highest part of the island, which was once a Saracen lookout tower. Today the castle appears deeply marked by time and shows the state of abandon in which it has been for several years however, once arrived at the top on foot you can enjoy a view of the entire Egadi archipelago and wait for the sunset you will feel a very suggestive and exciting atmosphere. 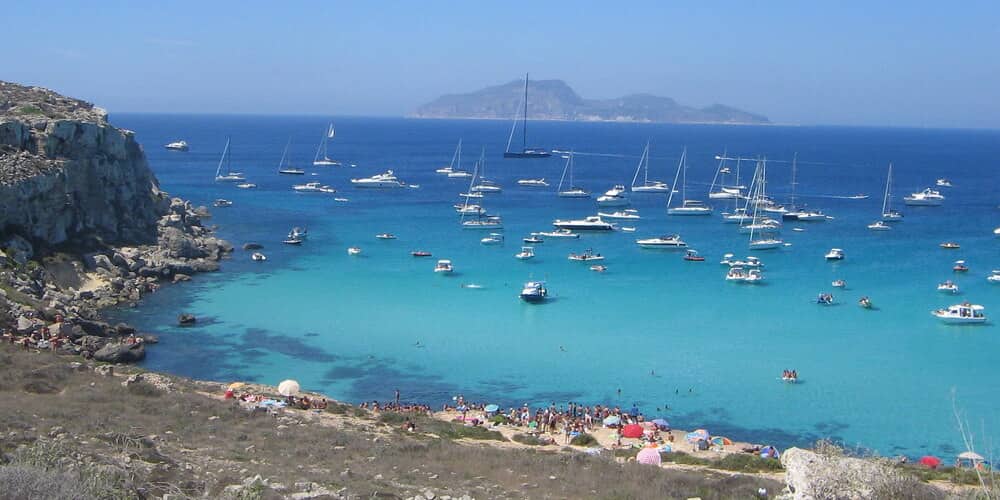 Discovering the village, the typical food, the histories, and the traditions

Favignana is the ideal place to start a tour around the Egadi Archipelago, since it is the largest island and the one with the best transport links, the starting point for landing in Levanzo and Marettimo. The village of Favignana fully embodies the island's lifestyle - quiet, relaxed, sunny, and welcoming. Every corner of the village celebrates Sicily, its flavors, smells, and traditions. The Sicilian slush (granita) is the ideal dessert to refresh hot summer afternoons, the busiate, a typical long, twisted pasta that can be flavored with a wide range of condiments, is one of the dishes found in all the island's restaurants, with fresh, high-quality fish and tuna products. The inhabitants of Favignana know how to cook bluefin tuna and make everything with it, from cured meats to arancini. A very popular souvenir is the tuna bottarga, in customized packages, which cannot be found elsewhere.
Indeed, Favignana has a glorious past connected to tuna fishing, an activity that made its economy flourish in the early 1900s and made the island known all around the world. It was the Florio family, in particular Ignazio Florio, who, with his business skill, promoted not only fishing but also the production of canned tuna; the Florio factory is the cathedral of tuna with limestone vaults, a truly interactive museum called Ex Stabilimento Florio delle Tonnare di Favignana e Formica where you can still find the boats used for the mattanza (tuna fishing), the original tin cans and many other interesting exhibits.
Until a few years ago, the last RAIS of the tuna fishery, Gioacchino Cataldo, used to wander around the island, telling anecdotes about his life spent entirely in Favignana devoted to tuna fishing. Since 2003, he has been listed in the R.E.I. Register of Sicily's Intangible Heritage, recognized by UNESCO.