Marzamemi: where tourism holds its roots in the flavors of the sea and the earth

Founded as a fishing village, the charming town of Marzamemi makes its main tourist attractions traditions linked to the sea: a place of sea, Mediterranean flavors and legends

From a fishing village to a popular tourist destination

Marzamemi is a seaside hamlet in the municipality of Pachino, in the province of Syracuse, about 3 km away, and reachable through a straight provincial road. The greatness of this small landing lies in the incessant centennial practice of fishing, which has allowed it to equip itself with a tonnara which has become one of the most important in Sicily over time. Today the tonnara of Marzamemi is no longer used for the purpose for which it was born, but the town is investing a lot on tourism: in summer the population increases considerably, given the influx of thousands of visitors who choose Marzamemi for its tourist resorts, camping, bed and breakfast and residences. The center of the town is Piazza Regina Margherita: a pedestrian square full of restaurants, taverns and boutiques, near to the Church of San Francesco da Paola, the patron saint of Marzamemi, and the Palace of Villadorata.

The two islands of the port of Marzamemi 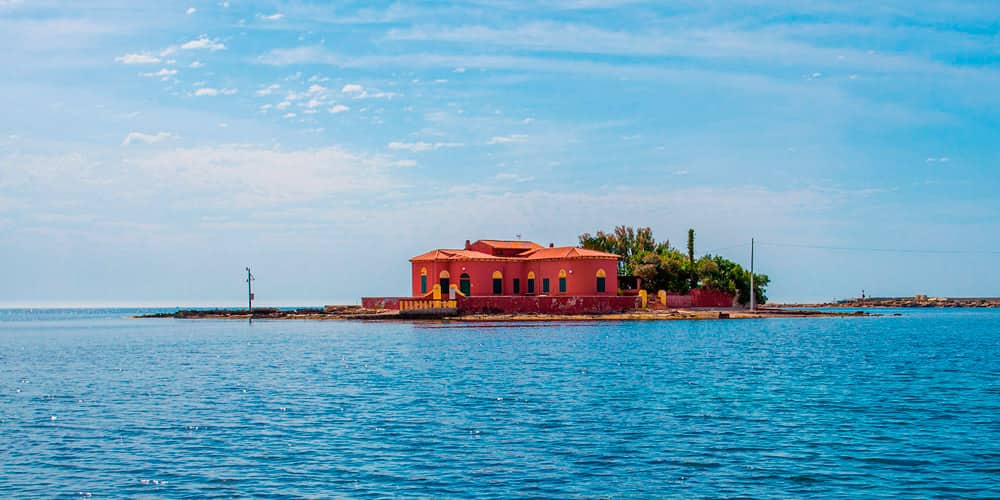 Opposite to the port of Marzamemi you cannot miss two particular islands, very close to the shore. The Isola Grande, having a perimeter of about 400 meters, is incorporated by a pier in the port, while the Small Island or "Piccola di Marzamemi", of smaller dimensions, differs from the first island by the presence of a small red-colored mansion, belonging to Raffaele Brancati, a surgeon and academic at the University of Catania as well as cousin of the writer, screenwriter and playwright Vitaliano Brancati active in the first half of the 1900s. For this reason, the island is known also as Island Brancati. The Island, in addition to the two-storey mansion, has a small and lush garden and a back enclosed by stone barriers with side openings, so as to collect sea water to recreate a personal swimming pool.

Where the beaches become nature reserves 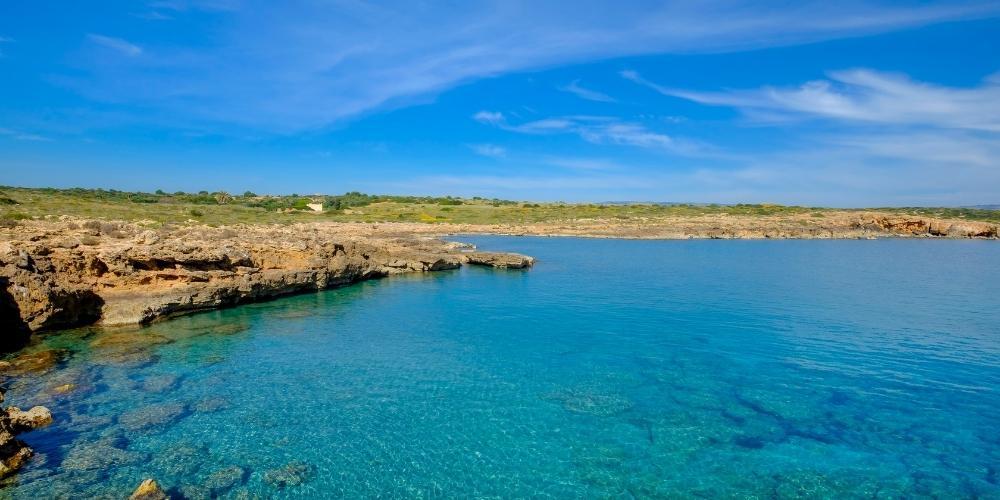 Marzamemi, in addition to the three coves in the city that shape three small beaches and the port area, has a large beach just under 1 km long. Located north from the center and easily reachable walking, Spinazza beach is characterized by a faint and golden sand, and at the same time you will find both free areas and facilities equipped with clubs. Continuing further north you will find the San Lorenzo beach, located between the seaside resort of Reitani and San Lorenzo itself. The long beach unites sandy stretches with rocky cliffs, creating a striking view of the "Fauna di Vendicari" Nature Reserve belonging to the municipality of Noto. The natural area, which extends as far as the Marina di Noto, has a long free beach that covers over 2 km, ending with the Vendicari tonnara and the Swabian Tower. Inside the area you will find numerous archaeological and architectural settlements dating back to the Greek and Byzantine periods. The reserve is an important stage for numerous species of birds from all over the world, including flamingos, storks and the Italian knight. The area is suitable for birdwatching and December is the best for observation.

Marzamemi and its cinematographic importance 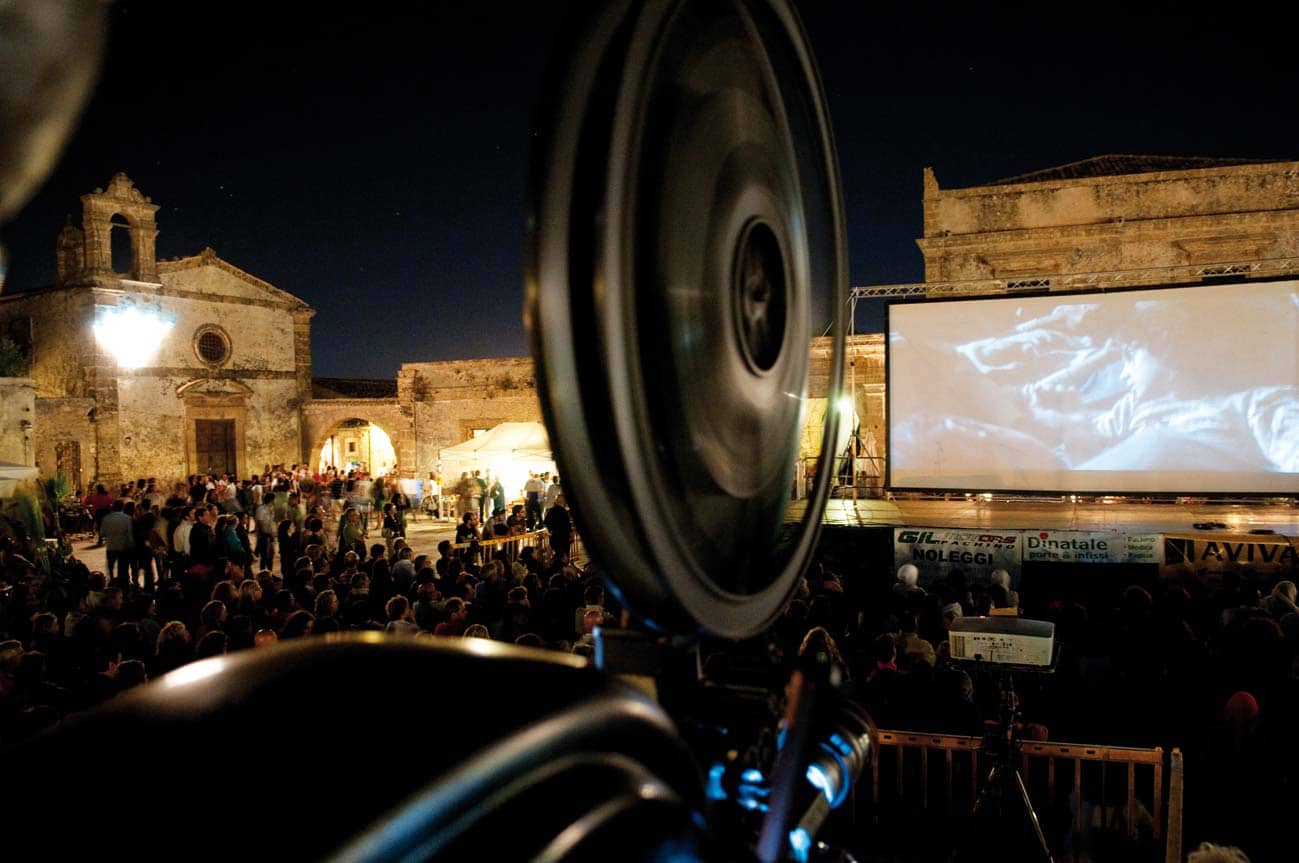 Marzamemi had been the location for numerous films and TV series, as well as music videos and cultural and naturalistic television programs. Directors and screenwriters of the caliber of Gabriele Salvatores, Giuseppe Tornatore and the Taviani brothers must be mentioned, who have chosen it as the only filming location for their cinematographic works. Since 2000, Piazza Regina Margherita annually hosts the International Film Festival of the Frontier: 4 days of screenings of feature films, short films and documentaries from around the world. The Festival also has a jury, which not only rewards the films but also the participating actors.

Legends and flavors of eastern Sicily Staying in Marzamemi, you will find yourself catapulted into a characteristic Sicilian area in which Mediterranean legends and flavors are not lacking: in addition to the Wildlife Oasis of Vendicari, where history meets uncontaminated nature, one kilometer south of the seaside village you will find the Calafrina Cave: a rocky cavity about 100 meters long, very important for the archaeological finds belonging to the Stone Age. Heading further south to the town of Portopalo di Capo Passero, you will find the Corruggi Cave which also confirms settlements dating back to the Paleolithic era. Are you not fond of excursions and just want to enjoy the sea, the sun, and the flavors of eastern Sicily? Marzamemi is the right place to savor the delicacies of the area. As history tells, the specialty of the place is red tuna and swordfish, both fresh and dried. Famous are the bottarga, the ventresca and the mosciame of Marzamemi red tuna. The abundant Sicilian meals will allow you to taste the Pachino tomatoes, IGP product rich in flavor, the good Nero d’Avola red wine and a final dessert of almond granita ready to refresh your day.