The Saltworks of Trapani & Paceco: the White Gold of the district

Since ages, the salt has always been considered as the "white gold". It is important for the life of human being and it has been traded for long times. It is said that Romans, added to their soldiers' payment a bit of salt; indeed, from this custom derives the word salary. 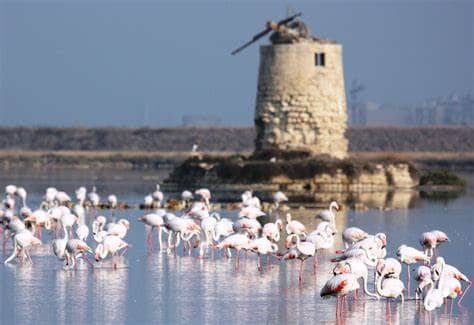 The Nature Reserve is located between the towns of Trapani and Paceco. It was established in 1995 and since then has been managed by WWF Italy. The area is an important bird area, such as for the pink flamingos. They come to rest and to eat just before the migration.

The saltworks activity consists in the extraction of salt from sea: here the toxic substances are separated from the pure sodium chloride with the same procedures preserved from generations. The salt plantations require time, experience and patience; each tank is different from the others because each one represents a state of the process. 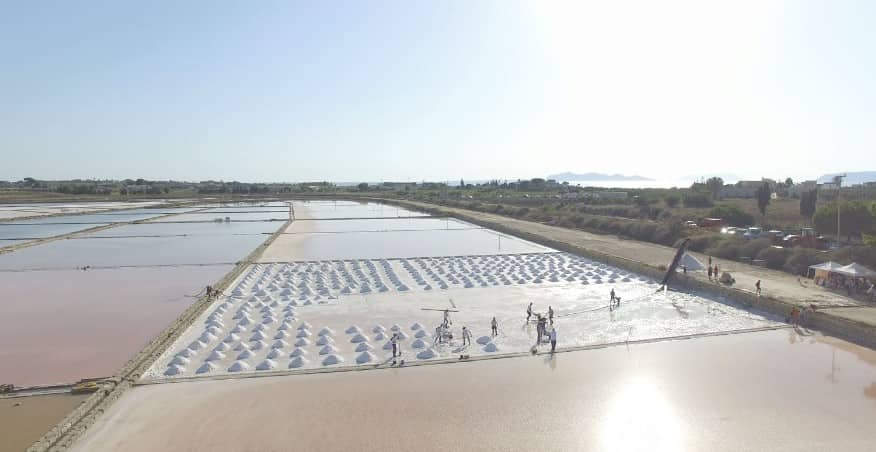 Water enters in the first tank, called fridda; then the water is purified by some bacterias. The salinity and the temperature of water grow thanks to the action of sun and of wind. The second tank is the ruffiana, the third one is the casetta, where it is possible to see the first traces of salt. The workers break the salt crust, avoiding the mamma caura, which is a layer cay of the tank. From the end of July to the end of August, there is the salt harvest and during fall the salt build-ups are coverd by shingles.

These places create a connection between man and nature, since the natural environment is in empathy with a traditional job of these two towns. It is possible to visit the saltworks with guided tours but is it also easy to walk around some tanks and near the mill. If you want, you can take part of the tour called Salinaio; you will listen to the story of Salinagrade, the first saltwork of this area, the saltworks structure and the phases of the production cycle.

Now the saltworks of Trapani & Paceco are private property. The company runs the maintenance, the extraction and the trade of salt.