The 10 most beautiful villages in Sicily

Sicily is the island of sun, sea and beautiful cities teeming with life and color, but, in addition to this, this territory also offers the opportunity to be explored with itineraries of another kind. The beautiful medieval villages, close to the sea or carved into the rock, contain the secrets of Sicilian history and are waiting to be discovered and admired.

We used to think of Sicily as the island of the sea, sun and beautiful cities bursting with color and vitality. Actually it is not only this, in addition to natural beauty and folklore the largest island in Italy offers the opportunity to visit unique villages where the important past of this land resurfaces between alleys and ancient monuments. Let's see, therefore, the 10 most beautiful villages in Sicily. 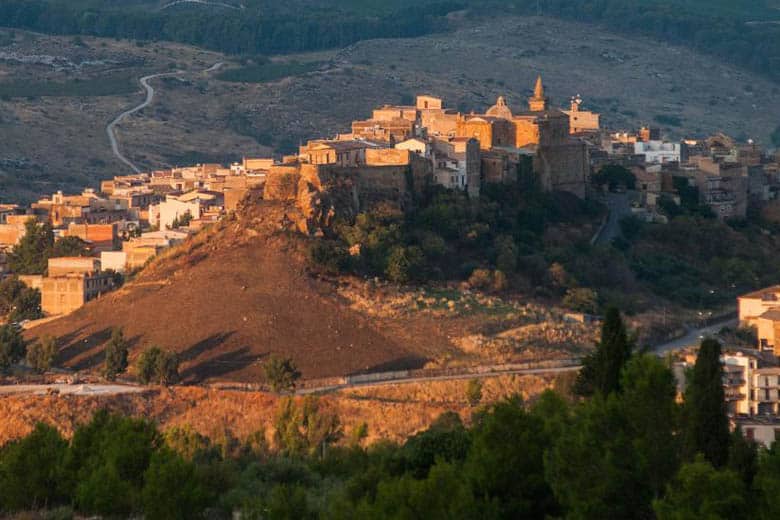 The historical center of this village in the province of Agrigento reflects, in its urban planning, two of the most significant historical moments of the area: the Arab one with its residences around the fortress of Zabut, and the seventeenth-eighteenth century (outside the walls).

The main street (Umberto I) with its stately buildings in sandstone connects to the oldest streets of the city with its historic 250 courtyards and thirteen churches.

The Arab quarter with its tangled alleys, has an almost labyrinthine conformation; a casbah in which to get lost observing the remains of the ancient domination, from here we move to the baroque area mainly represented by the historical palaces and churches of the city: Santa Caterina d'Alessandria, the casino of the Beccadelli marquises, the church of Carmine and the Panitteri palace. The urban planning of Sambuca reflects architectural styles and historical periods very different from each other, visiting it means being able to appreciate the two faces of a center whose history continues to evolve.

In this mountain village time seems to have stopped. The narrow streets, the Arab area, the squares and the baroque churches are framed by the mountains of Ragusa and the Iblea countryside.

The main square of the city is crowned by the church of San Giovanni Battista, placed on a natural terrace on a wide staircase, around stand the precious nineteenth-century and neoclassical palaces.

In the highest part of the town there are still the old peasants' houses until you reach the ancient quarter of the Cava, which preserves its original medieval aspect.

At the end of the village is the area called "Affacciata" which offers a wonderful view over the valley of the river Amerillo.

In this village of eastern Sicily, Giuseppe Tornatore has shot several scenes of "L'uomo delle stelle" capturing every aspect of this beautiful and authentic territory.

Erice stands on a mountain ancient seat of the cult of the goddess of fertility Astarte to which the Phoenicians dedicated a temple in this area. The goddess protector of sailors, continued to be celebrated even in later times.

The Norman castle of Venus (XII-XIII century) still stands out on the profile of the old town and is visible for miles around. The village starts from Porta Trapani, beyond which opens the Corso Vittorio Emanuele with the baroque facades of the surrounding buildings. The churches in the city are many and range from the Norman era up to 800.

The Mother Church, is located near the cyclopean walls of the period elimo-phenician (VIII-VII sec. BC) and was erected by King Frederick of Aragon. It deserves a visit also the Spanish quarter, risen in the XVII century. The village fully reflects its nature as a melting pot of cultures and ancient populations. The small center of the Val di Noto was entirely rebuilt after the earthquake of 1693. The baroque architecture and natural beauty have earned it the Unesco title of "World Heritage Site". The entire air of Ferla is populated by rocky complexes ranging from Greek to Christian times, from the Byzantines to the Lombards and from the Arabs to the Normans. The Via Sacra, so called because here stand the five religious buildings of the old town, is the main road from which to visit the baroque monuments of the city and its beautiful center. The surrounding countryside, characterized by Sicilian cultivations, offers a sunny and pleasant panorama. To dominate the profile of this village is the castle built on Byzantine and Arab pre-existences, in Norman-Swabian age. The building is one of the most important medieval testimonies of the whole Sicily and reflects, in its numerous architectural phases, the different foreign dominations on the territory. The village winds on a rocky promontory; next to the castle is the church of Santa Caterina (1300) while entering the historical center you can get lost among the fifty medieval houses restored and used as a hotel.

From the Portello belvedere you can admire the Nebrodi peaks, the Milazzo cape and the Eolie islands. 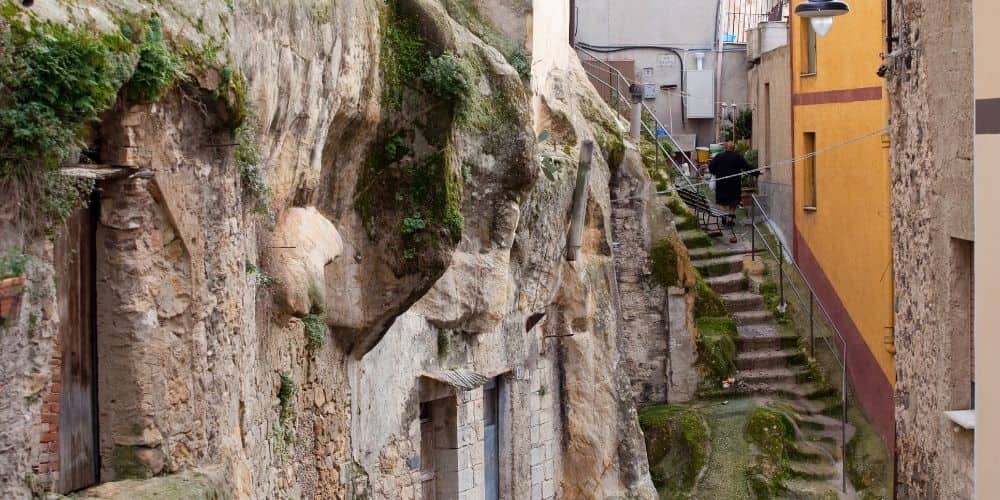 Situated almost in the center of Sicily, this village preserves one of the most fascinating castles of the entire island. The origin of Sperlinga is dated to the twelfth century BC and still the antiquity of the territory is reflected in the conformation of the town formed by fifty artificial caves, dug by man in ancient times and connected by narrow streets and alleys. A rocky village where everything is preserved at its best and where nature and anthropic traces coexist giving charm and suggestion to anyone who visits.

This suggestive sea village is set in the Ionian Sea and surrounded by clear and inviting waters. The main attraction of the city is certainly the seventeenth-century tuna fishery, typical of fishing villages. Next to this the two natural ports of Fossa and Balata that offer a view on the enchanting beaches of the village. The narrow streets and the small houses of the sailors add suggestion to the center whose views remain impressed in the eyes of visitors. A real postcard, ideal to photograph and take forever the memory with you.

Located over 600 meters above sea level, a few kilometers from Giardini-Naxos, the panorama that surrounds this village offers a variety of exceptional landscapes. From the imposing volcano Etna to the woods, from the orange groves to the gorges of Alcantara, the nature that surrounds the small town in the province of Catania attracts explorers and adventurers from everywhere.

The town, perched on a slope, dominates the bank of the river Alcantara and has a historic center full of monuments to visit: the ancient quarter of the Cameni with the church of Sant'Antonio (1601); the church of San Pietro, built in 1105 by the will of the Norman count Ruggero d'Altavilla; the Castelluccio (Castidduzzu), Byzantine and the basilica of Madonna della Catena, the most important church of the town and the castle of Ruggero di Lauria (XII century) whose importance gave the name to the town. The surrounding area offers many other natural beauties and historical evidences of the important past of this small village. The peculiarity of this center in the province of the capital is offered by the three viewpoints: that of Loreto (called u castru) that embraces Etna Enna, Caltanissetta and the valley of the river Imera; that of Carmine that offers the panorama of western Sicily towards Palermo; and that of Piazza Duomo that turns east towards Gangi.

The village is populated by beautiful squares: Piazza Loreto with the Santa Maria di Loreto; Piazza San Michele; Piazza del Popolo and Piazza Frate Umile. But the most scenic square of the city is certainly Piazza Duomo, with the Mother Church dedicated to the Apostles Peter and Paul, the Norman and the eighteenth-century bell tower. A city to live in its entirety, therefore, and to explore in all its spaces and panoramas.

Small alleys, cisterns carved into the rock and ancient buildings rich in history characterize the medieval village of Savoca, famous mainly because it is one of the famous sets of the film "The Godfather" with its Bar Vitelli.

The dwellings of the historical center separated by cliffs and rocks are populated by the elder plant which gave its name to the town. The best way to visit this town is through the "seven faces of Savoca", the seven different panoramic points of the suburb from which it is possible to admire the Mother Church of the XII century, the Pentefur castle, perhaps built by the Arabs and then enlarged by the Normans, the medieval door of the town, the church of San Michele (XIII century) and that one of San Nicolò that guards the statue of the patron of Savoca Santa Lucia. This village represents Sicily in every aspect, from its cinematographic role to its important history, an ideal destination to capture the charm of this island.