The Sicilian Puppet Theatre was proclaimed in May 2001, and subsequently registered in 2008 on the Representative List of the Intangible Cultural Heritage of Humanity 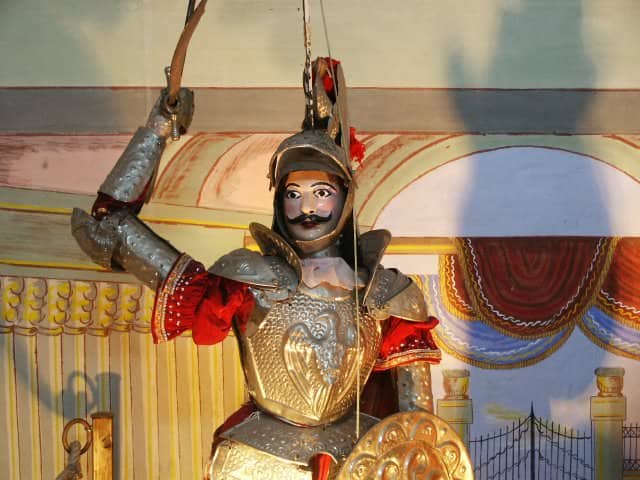 The proclamation took place in 2008 during the second session of the World Heritage Committee held in Istanbul (Turkey).

The Opera dei Pupi was born in Sicily at the beginning of the 19th century, enjoying the greatest success especially among the popular classes of the island. The Pupari (the local puppeteers) told histories based on medieval knightly sagas, especially from the French “Chansons de geste”, or others drawn from the lives of saints or from the exploits of famous bandits (the most famous histories are The Charlemagne adventures and the Orlando Furioso).

In these performances the dialogues were, for the most part, improvised by the puppeteers, whose skill was often such as to be able to enthuse the audience through a passionate interpretative emphasis.

The two main Sicilian puppet schools of Palermo and Catania were distinguished mainly by the size and shape of the puppets (the second larger, the first smaller), the operating techniques, and the variety of the backdrops of the scenes, always however very colorful. The theatres were family-run businesses; the carving, painting, and construction of the puppets, renowned for their intense expressions, were carried out by craftspeople employing traditional methods. The puppeteers constantly endeavored to outdo each other with their shows, and they exerted great influence over their audience since they also want to denounce social injustices throughout the Puppets’ voice.

The crisis of the Opera dei Pupi started with the economic boom of the 1950s and the society changed its habits; however, thanks to the passion and the knowledge of the latest Pupari, this artwork has achieved noteworthy recognition. 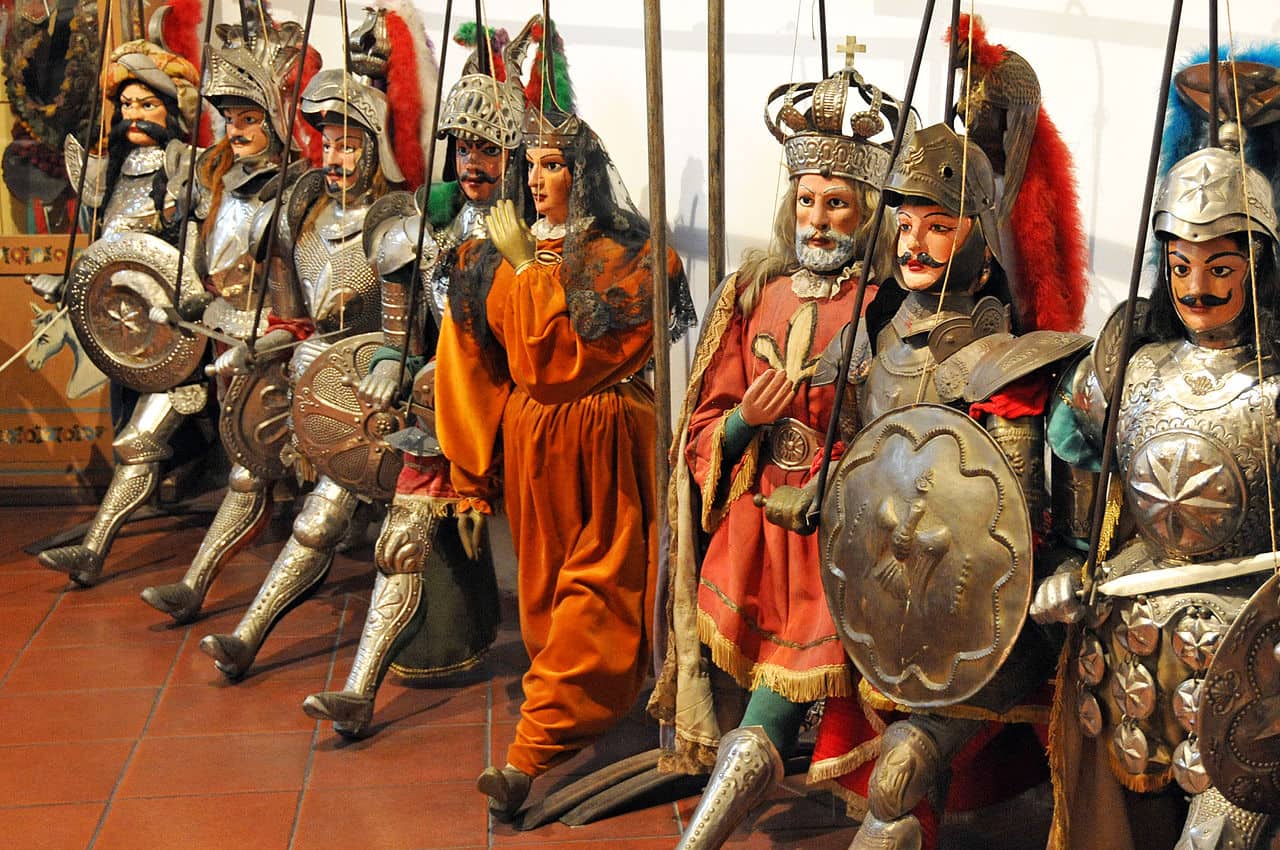 The element Opera dei Pupi was recognized as an Intangible Cultural Heritage of Humanity, in accordance with the 2.2 article of the Convention since it has the following properties:

But today, which are the traces of the traditional Opera dei Pupi?
Palermo: it is possible to visit Antonio Pasqualino’s International museum of Puppets and the Giuseppe Pitrè Ethnographic museum. In Palermo, the most famous puppeteer is Mimmo Cuticchio
Catania: the most famous puppeteer company is located in Catania, founded by Gaetano Napoli in 1921. Nowadays the company is managed by the fifth puppeteer’s generation, who preserves the prestige of this theatre style.
Messina: the most important Puppeteers family is the Gargano. Nowadays the company is also managed by the fifth puppeteer’s generation. They also have rich puppeteers collections and some nineteenth-century manuscripts.