Are you a music lover? Would you like to visit Italy and be a spectator at the most famous Italian music events?

Italy is a country famous and appreciated all over the world for its culture and music, which over the centuries have enchanted audiences of all ages and backgrounds.

Here you are a selection of 10 suggestive musical events that take place in Italy.

Musical event born in 1983 that brings internationally renowned artists to perform on various South Tyrolean stages. Several cities scattered throughout the region host the event which is held in the summer, hosting Italian but also international artists, who perform in suggestive stages such as lakes and castles. 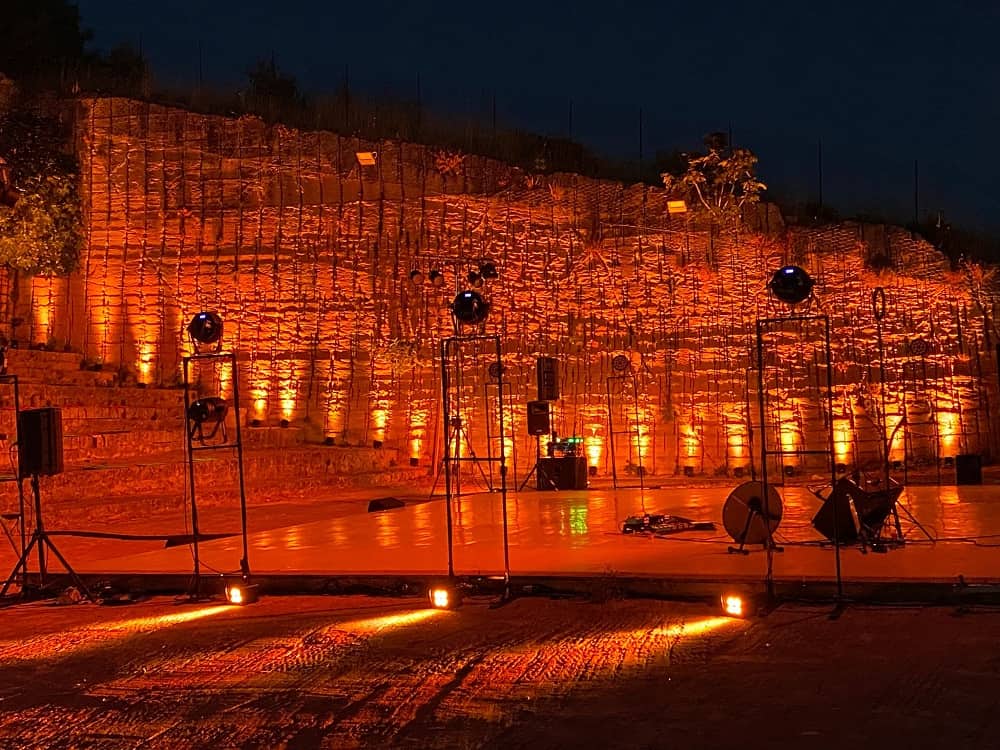 The Municipality of Sennori, in the north-west of Sardinia, under the artistic direction of the Girovagando association, Theatre en vol and the newly founded Officine Culturali association, proposes four appointments between June and August dedicated to the sounds of the island and to the enhancement of the territory and its excellences.

In the splendid and evocative setting of the Ex Cava di Tufo di Sennori - transformed for the occasion by the Habitat Immaginari project into a colourful and sustainable living room - CAVART presents a musical journey that ranges from traditional Sardinian choirs to blues and classical music, right up to the territories of indie experimentation.

Isole che Parlano International Festival normally takes place in September, mainly in Palau, but with a musical preview in Arzachena, and other events in municipalities such as La Maddalena and Luogosanto.

Sardinia, with its deepest roots, confronts contemporary society by drawing an ideal bridge with the world.

Since 1996 the Festival has become a point of reference in the regional, national and international cultural scene, thanks to its acknowledged ability to combine tradition and innovation, which continues to be the backbone of the event, and to a theme or focus that changes every year.

It is a summer electronic music festival linked to Mediterranean music mixed together with more contemporary experiments, accompanied by a series of artistic shows. The event already has more than 7 editions and takes place in Sicily, at Maniace Castle in Ortigia, which is the oldest part of the city of Syracuse, part of the Unesco Heritage.

Curated by Leave Music, it takes place at the Greek Theater of Tindari in the summer and although it has only been active since 2014, it is already considered one of the most important music festivals on the island. In 2020 he took part in the manifesto of the international organization Keychange, placing himself at the forefront of gender equality in the musical environment. On the website there is a list of hospitality partners and it can be booked by demonstrating the purchase of a ticket for a date of the festival.

It has been held in Cortina d’Ampezzo for over 150 years and it is organized by the Cortina d’Ampezzo Musical Body. It takes place during the last week of August, and it consists of several musical performances that end with the great parade of the bands on the last Sunday of the month, where you can see the traditional signs of the places, the typical floats and the clothes handed down for several generations worn by the members of the groups. More than twenty bands and folkloric groups from both Italy and abroad perform at this 'party'. 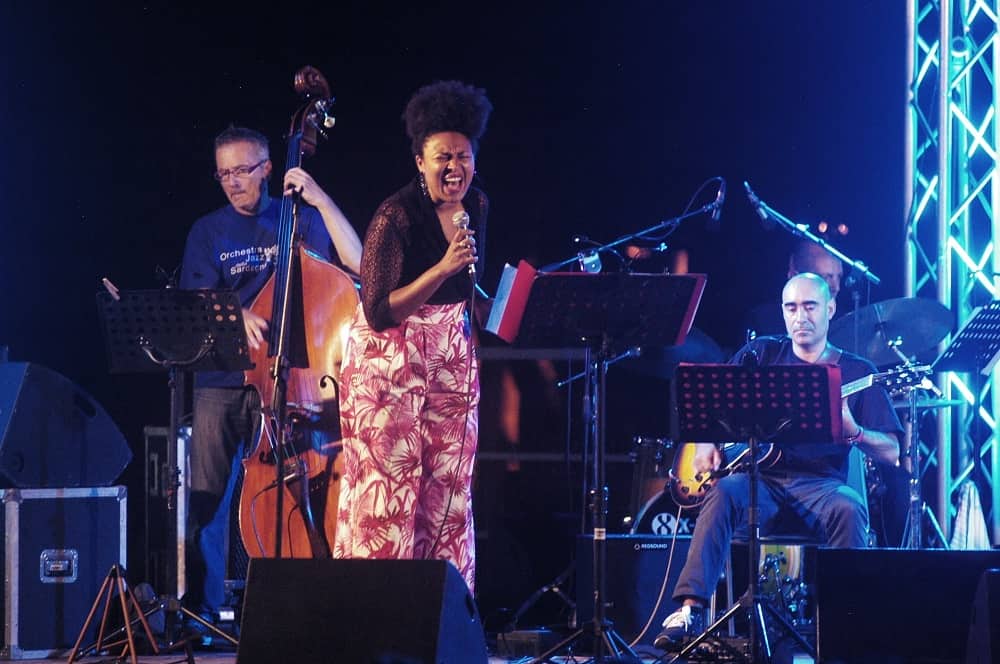 Jazz Alguer is the jazz and arts festival of the city of Alghero, in Northern Sardinia, now in its fourth edition. It consists of about thirteen evenings of music with fifteen different proposals: it is a review organised by the cultural association Bayou Club-Events.

Jazz Alguer continues along the route traced out in previous years, keeping quality Italian-made jazz as its guiding star.

It was a former boat-repair-shop, currently the auditorium belongs to the Giorgio Cini Foundation, and since 2016 a season of concerts has been inaugurated every year on the Island of Saint George in Venice: from the windows of the auditorium it is possible to observe in the background Saint Marco Square and the Giudecca Canal.

IT is an event of art, performance art, contemporary dance, contemporary theater, contemporary music and cinema that takes place in the capital since 1986, thanks to the Association of the Friends of Villa Medici, which later became the Romaeuropa Foundation in 1990 . The festival takes place in 16 locations distributed in the city of Rome, giving space to national and non-national artists.

It has been taking place in Sardinia for about 30 years and involves 20 locations distributed throughout the island, and it has involved more than 200 artists in its events. The festival takes place in evocative backgrounds such as ancient villages, citadels surrounded by woods, streams, rocks, mountains and beaches. On the festival site there are also recommended places in the surrounding area where you can taste typical products and drinks of the island.

3. PEM! Words and music in Monferrato 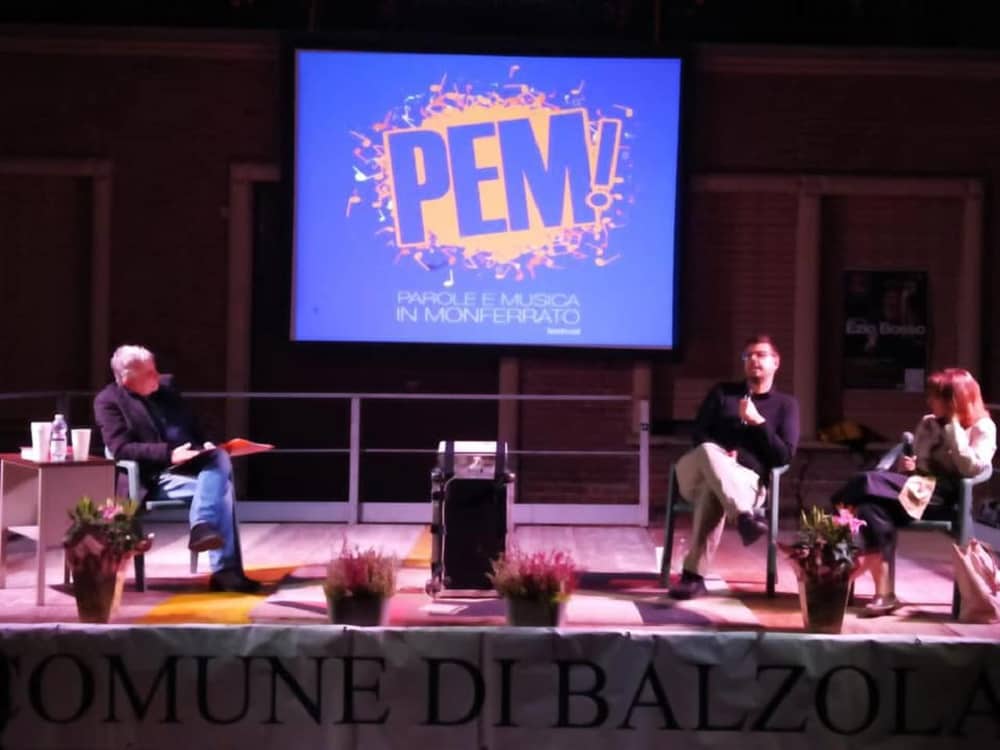 This festival, which has more than 15 editions, takes place between the months of August and October in Piedmont with hills that are part of the Unesco Heritage as a backdrop embellished with gardens of historic villas, courtyards of farmhouses, parks and ancient squares. The festival has its origins in Saint Salvatore Monferrato but every year it involves different places in the region.

2. Ferrara under the stars

For more than 25 editions at Castle Square in Ferrara, Emilia, the festival has aimed a lot at a young audience by hosting genres such as indie rock, Italian rock and songwriters, contemporary and avant-garde music and international guests from all geographical and musical backgrounds. Workshops for children and teenagers are also connected to this show, as well as meetings and collateral events.

Promoted by the Bronson Cultural Association, the festival takes place at the Hana Bi seaside establishment in Marina di Ravenna, in Romagna. This festival is free and organized annually since summer 2012, and has already had both Italian and foreign artists of international fame who have  literally performed a few steps from the seashore.