What to see in Puglia: 10 things not to be missed

Let's take a tour of one of the most beautiful regions of southern Italy: Puglia. Let's discover together 10 unmissable places of this unique land.

Puglia is a region rich in art and culture. Numerous are, in fact, its monuments, which testify an ancient and well stratified history. But Puglia is also a region with countless natural and landscape beauties, a prosperous and fruitful land that can also boast an illustrious gastronomic tradition. Follow us, then, in our new adventure. You will not regret it! 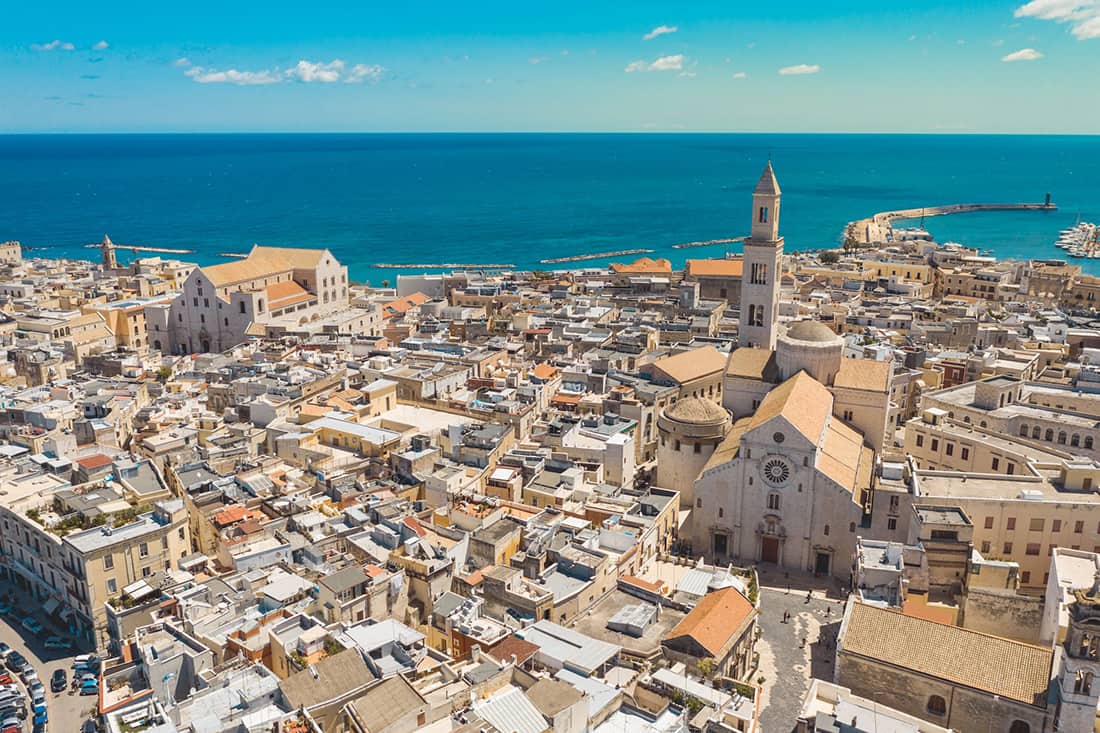 Our trip to Puglia has to begin in the regional capital, Bari. Absolutely not to be missed is the ancient heart of the city, Bari Vecchia, also known as the district of San Nicola. Here you can admire the Basilica of San Nicola, protector of the city, built from the 11th century and the Cathedral of San Sabino, founded in the 12th century. Two splendid examples of medieval architecture that worthily conclude our Apulian adventure.

9. The Gargano promontory: between sea and spirituality Your trip to Puglia cannot be separated from a visit to the Gargano promontory, on the geographical map, the characteristic spur of the boot! Gargano is famous for its seaside resorts, such as Peschici and Vieste, which offer an adamant sea and modern tourist facilities. But the Gargano is also San Giovanni Rotondo, the medieval village linked to the mythical figure of San Pio da Pietrelcina. 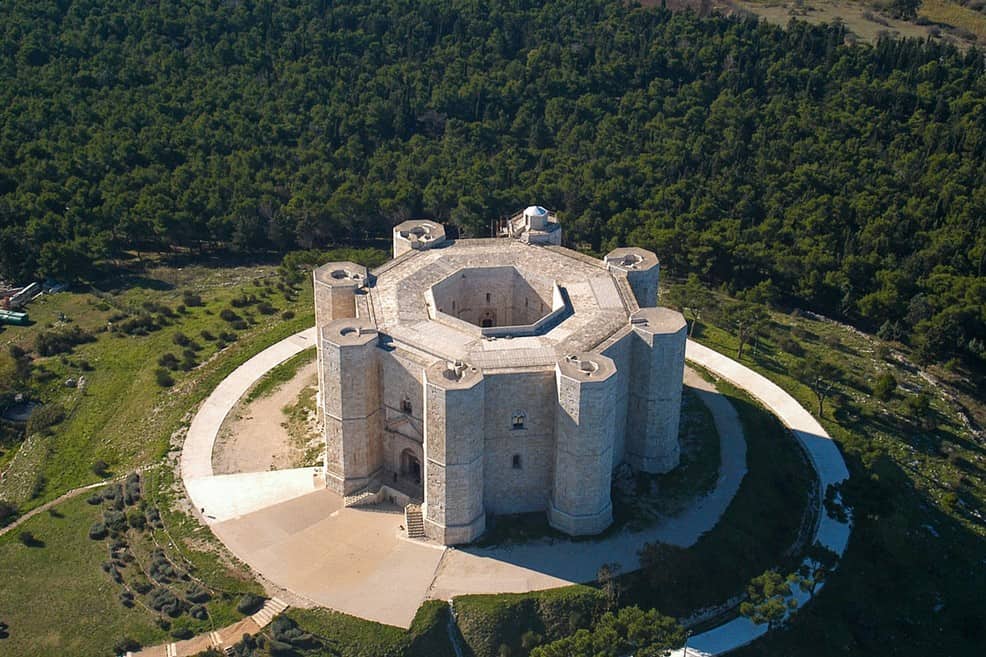 One of the most enchanting and suggestive places in Puglia is definitely Castel del Monte in Andria, the octagonal fortress built in the thirteenth century by the emperor Federico Secondo of Svevia. The suggestive stronghold, recognized World Heritage by UNESCO, is one of the masterpieces of Gothic architecture and will surprise you with its "enigmatic power"!

7. Alberobello: the magic of the trulli 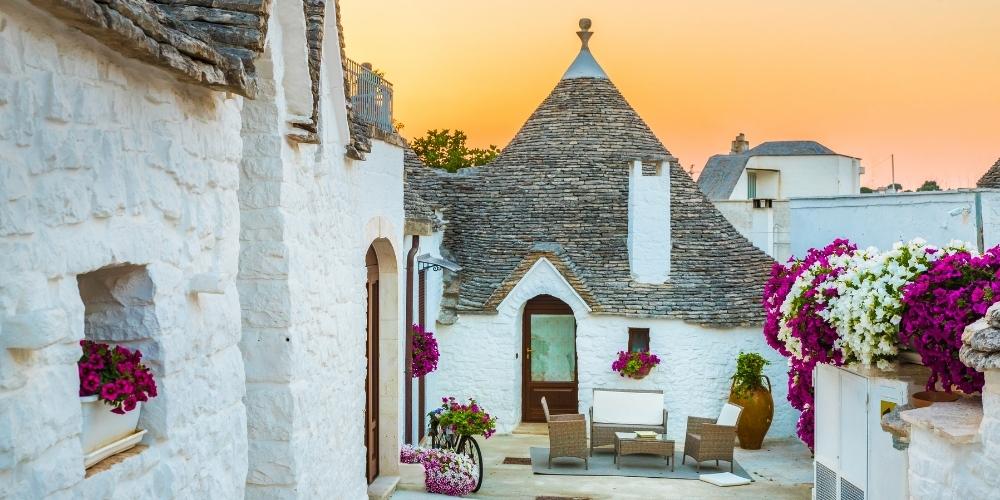 One of the most characteristic places in Puglia is certainly Alberobello, which for some years has become part of the Unesco Heritage. The town is famous all over the world for its "trulli", small houses built in limestone with a singular conical roof, a sort of cross between an igloo and a "mushroom". A walk in Alberobello will make you breathe a fairy-tale and disenchanted atmosphere.

6. The Caves of Castellana: for adventure lovers

Speleology lovers on holiday in Puglia will certainly not miss the wonderful spectacle of the Castellana caves, an ancient testimony of the karst phenomena affecting some areas of the Italian peninsula: the caves are roughly 90 million years old! Then arm yourself with courage and turn into Indiana Jones for a day!

5. Lecce: a journey through time 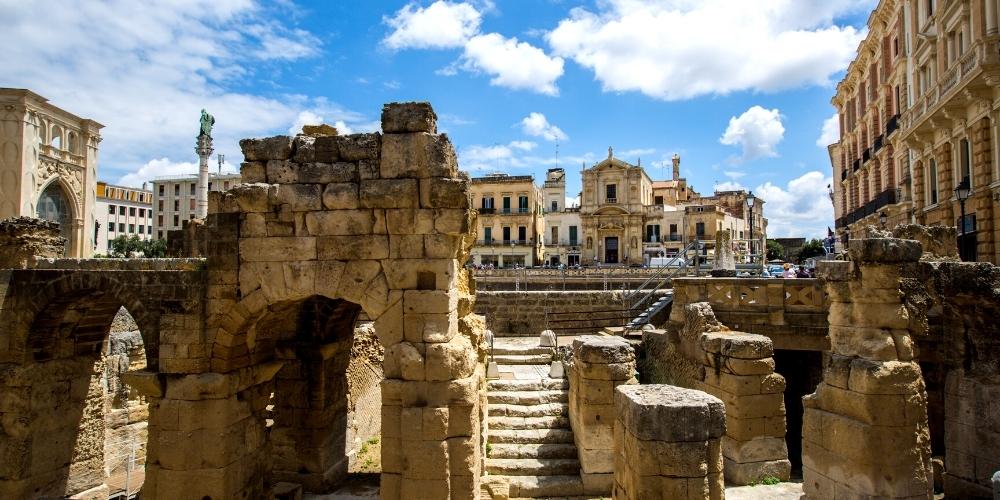 And now, here we are in Lecce, among the richest cities of art and history in the region. Lecce is famous for its numerous testimonies of Baroque art: one example is the magnificent Basilica of Santa Croce, with its exuberant facade. But the city also offers many other attractions including the Duomo and the Roman Amphitheater from the Augustan era, in Piazza Sant'Oronzo. So get ready for this journey through time!

4. Valle d'Itria: the valley of goodness 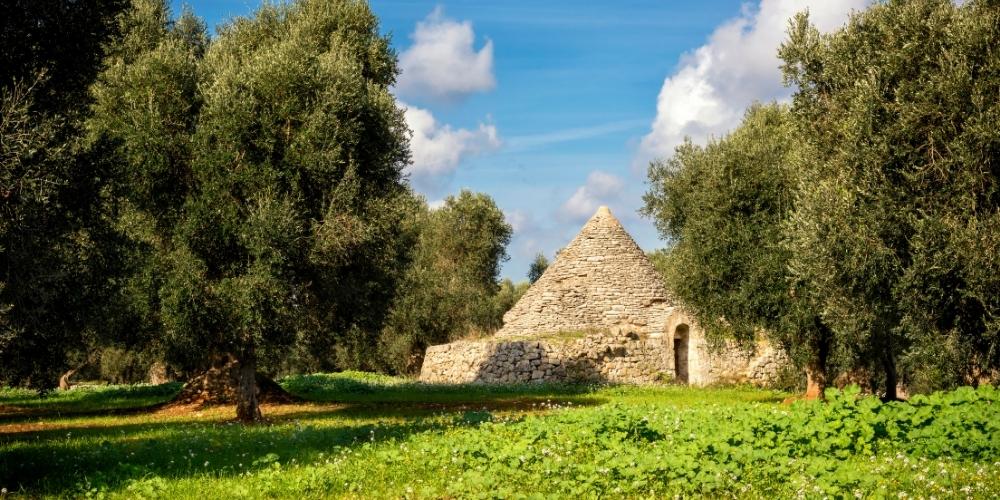 For lovers of nature and beautiful country landscapes, the Itria Valley is certainly an unmissable destination. This fertile valley extends between the provinces of Taranto, Brindisi and Bari offering the visitor thriving vegetation, composed mostly of rich olive groves and lush vineyards that produce high-quality olive oil and white wine: two delights not to be missed!

3. Polignano a mare: land of history and music 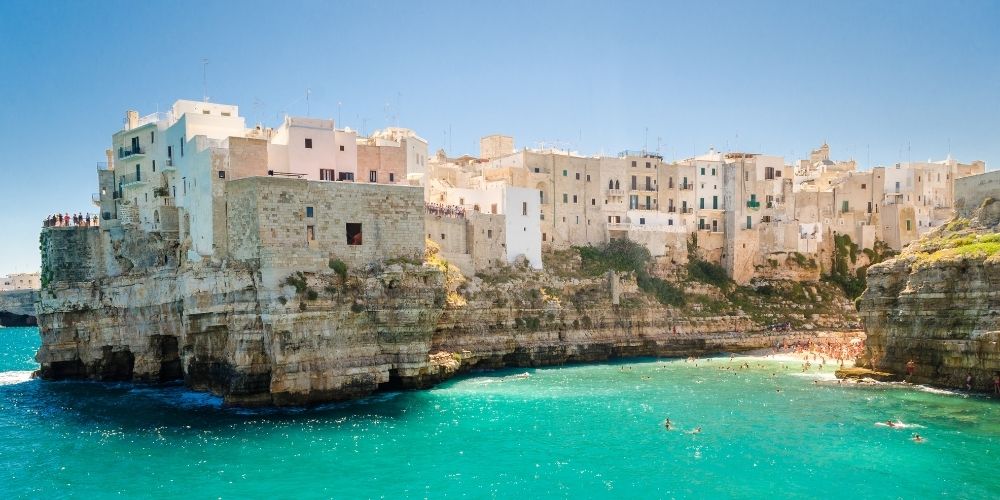 An unmissable destination of the ideal tour in Puglia is the charming town of Polignano a Mare, in the province of Bari. And not only for the beauty of the sea, and for the different and varied cultures that over the centuries have embellished it with monuments and historical testimonies . But also because it is the birthplace of Domenico Modugno, one of the greatest Italian singers, of whom you can admire the birthplace and the famous monument. Start "Flying"!

The next stop on the Apulian itinerary is Ostuni, in the province of Brindisi, better known as the white city, because of the typical limestone houses that characterize the charming town. But Ostuni also offers a lively nightlife, animated by its many clubs and shops, and a large number of renowned hotels, obtained from the intelligent restoration of the ancient farms of the surrounding countryside.

1. The Salento peninsula: for a dream vacation For your trip to Puglia, an unmissable stop is definitely the enchanting Salento peninsula, currently one of the favorite tourist destinations for young people. And how not to allow yourself a well-deserved relaxation on the splendid beaches of Otranto, Santa Maria di Leuca and Gallipoli? A crystal clear sea awaits you for your dream vacation!