10 things to do in Sassari

Sassari's territory is prevalently hilly, the wind blows and keeps the atmosphere fresh with the city located about 200 meters above sea level, in a particularly strategic place for urban and social development.

10 things to do in Sassari

What a place guys! Today we are in the northwestern part of Sardinia, in an area inhabited since the Paleolithic, even the first hominids had good taste in housing.

Here the territory is prevalently hilly, the wind blows and keeps the atmosphere cool with the city located about 200 meters above sea level, in a particularly strategic place for urban and social development.

Already after a first glance, you can say that some of the most beautiful seaside resorts in Italy and Europe are not too far from Sassari, which, however, also has more to offer.

It is good to remember that from a purely administrative point of view the province of Sassari extends throughout the north of Sardinia, making it the largest on the island and in Italy.

So let's see what are the 10 things you absolutely must do during a visit to the city.

One thing to do as soon as you arrive in an incredible place like Sassari is to taste the local cuisine. Local restaurants and bars satisfy all palates and you can easily go from cheap bistros to exceptional places, with great elegance and refinement. The poor cuisine, however, reigns supreme, in fact, a local specialty not to be missed is the Fainé, also known as the Sardinian porridge, characterized by the intense aroma made with simple elements such as chickpea flour, extra virgin olive oil, eggs, and black pepper. A delicacy!

Explore the Romanesque and Baroque architecture of the city

Sassari is a city full of beautiful architecture to discover, even art lovers can find bread for their teeth. Beautiful for example the Church of Santa Maria di Betlem, mainly Romanesque but also rich in other elements of different styles.

Outside is clear the gothic influence and also a bit orientalizing, while the inside is almost baroque. Here, the typical mixture of island cities and southern Italy visits these places extremely pleasant and interesting.

Continuing in the sign of art is a must to venture into one of the most beautiful museums in the city and the entire island. It is located in the context of a monumental Jesuit building of the sixteenth century, the National Art Gallery of the city of Sassari houses a large collection of paintings, which cover a large period insisting in the period between the Middle Ages and the early twentieth century.

In those extraordinary rooms, there are great masterpieces of great technical expertise. You can admire works by Giovanni Lanfranco or even Guercino, Flemish, French or Spanish landscapes, and still lifes, while a significant part of the collection is dedicated to Sardinian art of the twentieth century. A real gem for art scholars and lovers of culture.

Having an "Aperitivo" in Piazza d'Italia

The aperitivo in Piazza is an all-Italian tradition, and of course, it applies here as well. Let's also add that the largest square in the city is a place of great visual impact, certainly unique of its kind in all of Sardinia. The true center of the city's society, it extends for almost one hectare and is surrounded by monumental buildings of the second half of the nineteenth century.

At the center of the square, there is a statue dedicated to King Vittorio Emanuele II, inaugurated in 1899. Good ice cream or even an aperitif is always a nice experience, certainly, it is in this very elegant square.

This square is also the starting point of the other great traditional festival of Sassari, "la faradda dei Candelieri", which is part of the Unesco heritage circuit of the "Great Italian Shoulder Machines". A religious festival with an incredibly social and touristic value, and that every year sees the participation of over 100 thousand people. In short, stopping for a little refreshment is almost an obligation as well as a pleasure

Following the traces of the ancient Nuragic civilization

One thing that is possible to do in different areas of Sardinia with particular insistence including the province of Sassari is to "chase" and discover the beauty of the ancient Nuragic civilization.

If we are in these parts we can take advantage to make a great archaeological visit, because we are right at the gates of the great Valley of the Nuraghi about 40 km south of Sassari.

The interesting archaeology of the island offers ruins of prehistoric nuraghi and Domus de Janas, and in this area, there is also one of the most important archaeological sites of the island, the Nuraghe Santu Antine. Trekking is not to be missed.

Pay a visit to the park of Monserrato 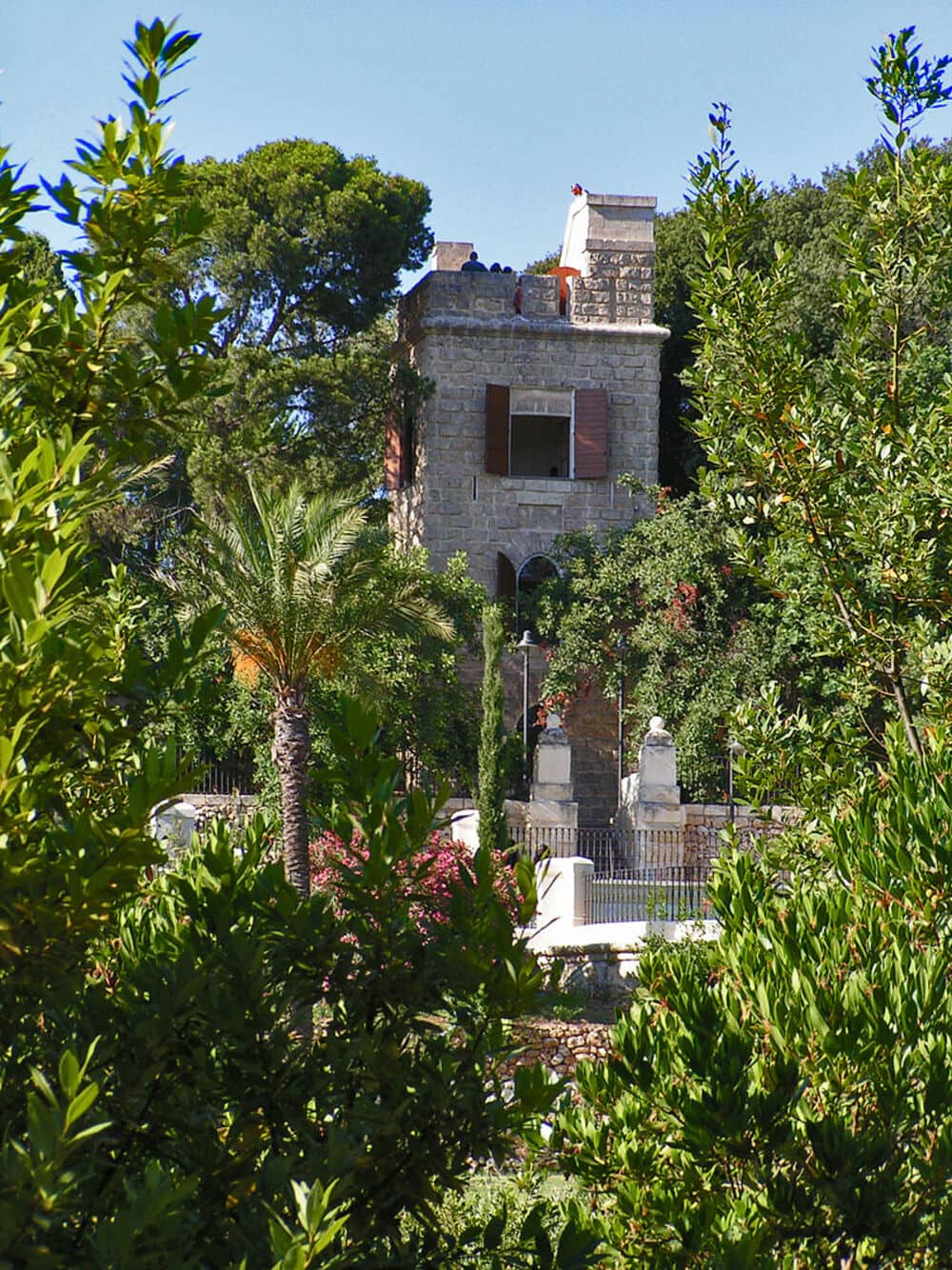 Also, the outskirts of Sassari deserves to be known and deepened. For example, we can consider Monserrato Park which is a beautiful green area of the city, located in the south-western suburbs and extended on a large area of over 5 hectares.

The park lies along a natural basin and is ideal for a walk or just to relax immersed in the green. Inside this park, there are several plant species such as linden trees, holm oaks, carob trees, cypresses, and pines; coolness and shady areas are therefore guaranteed.

Very scenic architectural presences are present within the structure as terraces, orchards, turrets, or even tanks. It is worth a visit. 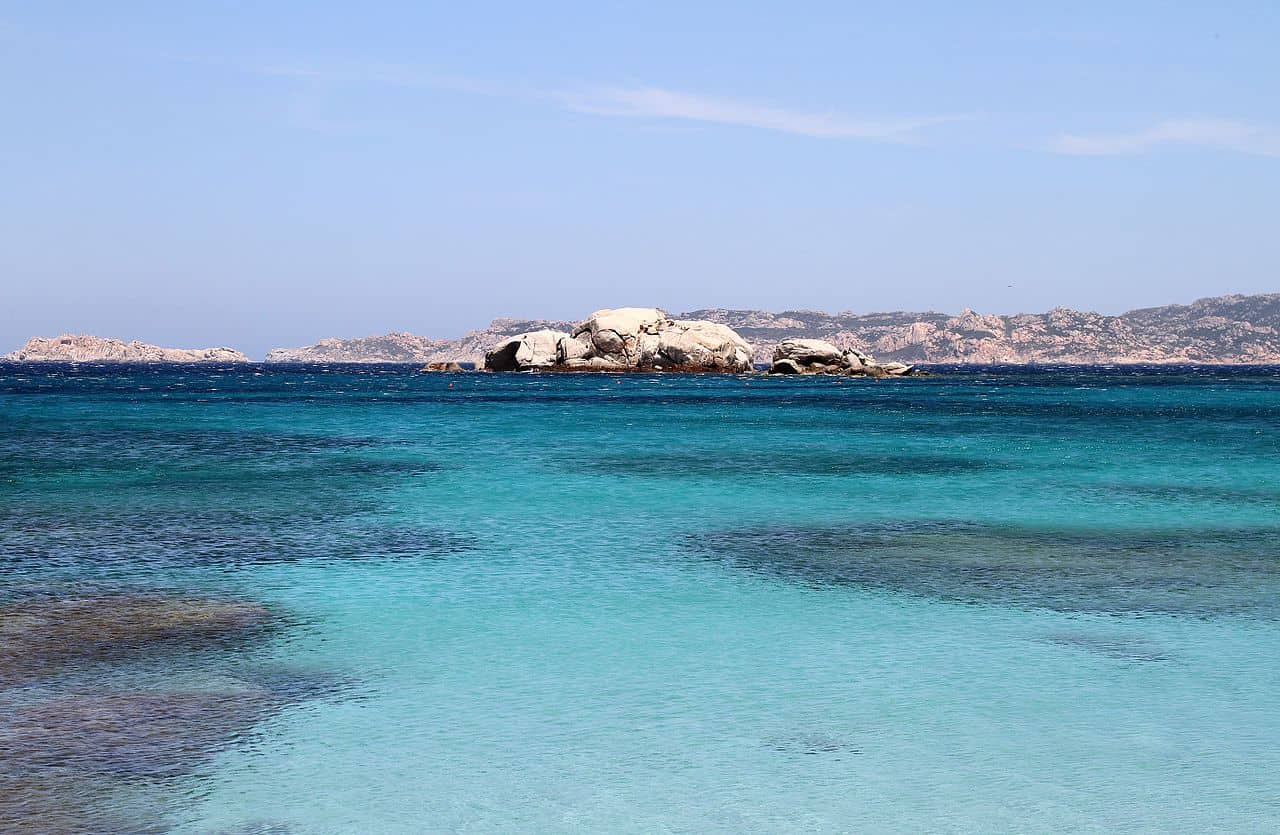 Leaving the city, and going north we meet the towns of Stintino, and Porto Torres, which are the main access by sea for excursions to the island of Asinara, a true paradise of nature.

To enter the island is useful to rely on authorized operators since for the protection of a delicate landscape, the entrances are always contingent. However, the services to reach this National Park are quite regular in spring/summer, with greater insistence from May to October, the best period for a visit.

The territory you are going to explore is mainly mountainous and the points of interest not to be missed are the prison in Fornelli, Cala d'Oliva, the viewpoint of Punta Della Scomunica, and the beach of Cala Sabina. A show not to be missed

Immerse yourself in the culture and folklore of carnival

Carnival has its roots in the most popular local tradition and is extremely celebrated throughout Italy. Even in Sassari, masks and dances and some small excess, on the other hand, the Italians know how to be serious but can be very nice and over the top.

What better occasion to get to know the city than during one of its craziest and funniest festivals? (the period is always late February)

Visit the nearby Gallura and Costa Smeralda

Here too we are a little out of town but not too far from Sassari, in a place that is now part of its province.

We are in Costa Smeralda and only the name makes you think of the most iconic images of Sardinia, the white sands of the coast, and the emerald green sea. A truly magical land inhabited since ancient times. In its inland areas away from the coast, you can see the Sardinia untouched by the, made of green and lush hills.

Moving northward, the coast of Gallura becomes even more rebellious, wild, and no-frills. Are you ready to lose yourself in nature?

Go up to Palau to discover the Bear's Rock 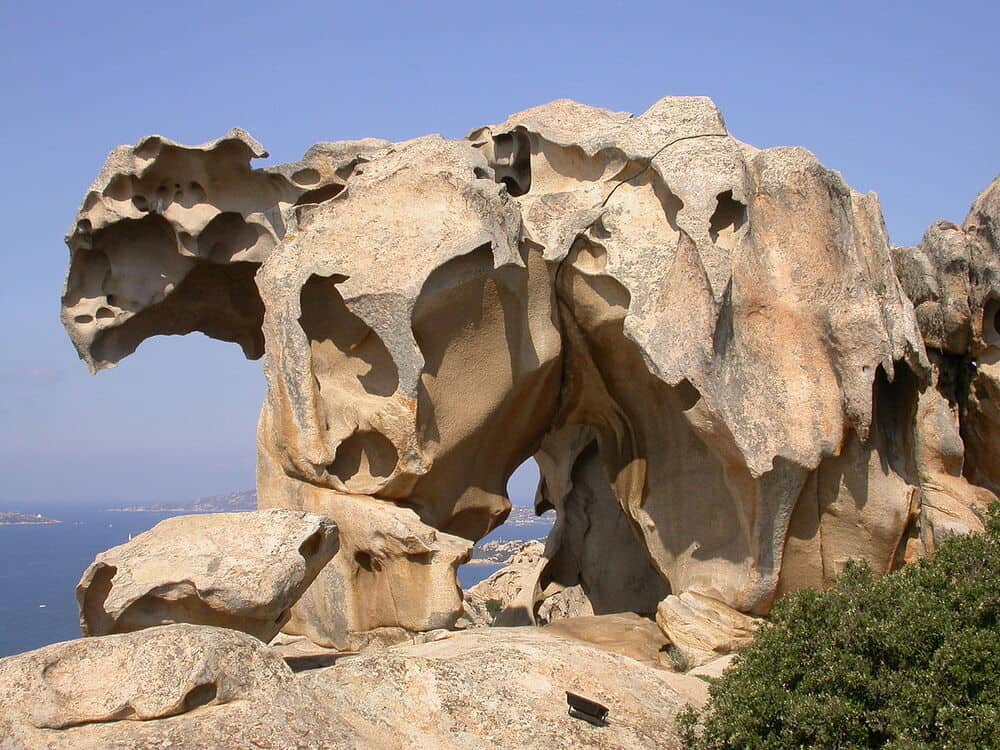 Last but not least is the promontory of Capo d'Orso, so-called because of the presence of the large rock eroded by the wind that recalls the image of a bear.

From here you can enjoy a spectacular panoramic view of the archipelago of La Maddalena, another heavenly place to explore both in summer and winter. Nature in these parts is truly spectacular!