Eastern Sicily: what to see in a 7 steps-tour

Discovering Eastern Sicily, a land of art, archaeology, and history. Here are 7 places not to be missed.

Eastern Sicily is a land of art and archeology,  closely linked to the ancient world, as evidenced by the many archaeological wonders on this part of the island.

A welcoming land with a mild climate dotted with small and large cities to know and visit. In addition, Sicily is also rich in natural wonders that will make you want to return immediately.

The Greek origins of Sicily are mixed with the many foreign dominations and create a unique territory even in the Italian panorama. If Sicily didn't exist, it would have to invent it!

And if it's not enough for you to know its eastern side, run to discover the best of Western Sicily!

7. Messina. The door of Sicily The city was founded in the eighth century BC by the Greeks who named it Zancle, or sickle, for the shape of its bay.

It had a period of great prosperity especially after the year 1000 that sees the construction of important architecture such as the Cathedral, or the church of the S.S Annunziata dei Catalani both destroyed and rebuilt after the earthquake of 1908 (among the strongest ever recorded in Italy).

If you travel by train, you can reach the main Sicilian towns from Messina, including Palermo, Enna, and Catania. However, if you decide to go on an on-the-road holiday, with a car you can visit unique places and enjoy greater freedom.

Today Messina is a dynamic city and true gateway to Sicily on the Italian mainland, definitely worth a visit. A good starting point to explore Sicily, now we just have to go down to the south! If you are visiting Sicily, you should never miss an excursion to Mount Etna.

Etna is the largest volcano in Europe and often gives incredible eruptions to see in total safety.

All this is exciting but it's, even more, to climb to the top to see up close its huge crater and the spectacular panorama of the island.

To visit it at its best is recommended to opt for a guided excursion of a day or half a day, equip themselves with hiking boots, a windproof jacket, and equipment suitable.

Remember that you can reach Etna by car, driving on provincial road 92 to "Rifugio Sapienza" where you will find a suitable place to park your vehicle. From that refuge you can take the Funivia dell'Etna (Etna cable car) to the top of the crater, discovering its marvelous landscapes.

If you depart from Catania's central station, you will find buses that will take you to the refuge. With the Circumetnea train, it is possible to circumnavigate the volcano and stop in one of the many villages that flank this giant of nature. We are still very close to Etna, and if we sharpen our eyes right at the foot of the volcano, we could see Catania, the second-largest city in Sicily after Palermo.

Catania is nicknamed the black city because of its buildings made of lava rock (given the proximity to the volcano).

The city was founded even before the Greeks, probably by Siculians, and preserves ancient testimonies despite the continuous natural disasters that the city has experienced, especially in the seventeenth century.

Do not miss the Ursino Castle, the Cathedral dedicated to St. Agatha (patron saint of the town), the elephant fountain, and its baroque historic center.

If you are making this journey by car by now, you will have covered a lot of kilometers. Better give the oil and brakes a check-up to ensure maximum safety on the road. In Catania, there is an excellent mechanical workshop such as the Pruiti review center. Now that safety is there, we can continue our adventure in Sicily. 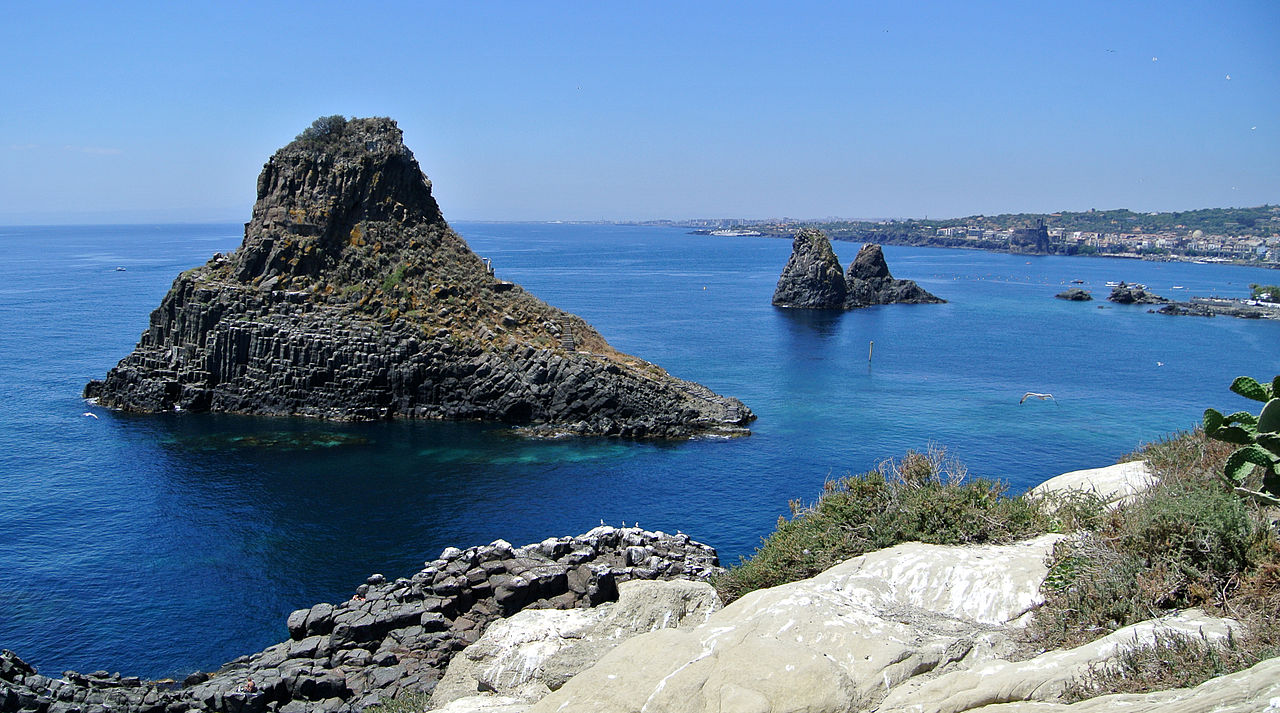 The towns on the eastern coast of Sicily, just north of Catania, are famous for their natural beauty and their legendary Greek origins.

But did you know that Aci Reale, Aci Castello, Aci Trezza, and other towns originated from Xiphonia? A mysterious Greek city narrated by Ovid and Virgil but never found.

During the Roman era, instead, in the same territory, there was an inhabited center called Akis, also suspended between reality and myth.

Although in the area there are still archaeological remains to support the myth and not only. As we said are very important are also the environmental beauties, including the famous Stacks of the Cyclops of Aci Trezza that represent a unique natural scenery. Do not miss anything!

3. Taormina and its antiquities As already mentioned, Sicily is extraordinarily rich in archaeology and ancient beauty, and also Taormina is the same.

In this place, it is possible to visit the Ancient Greek-Roman Theatre, built in the 3rd century B.C. and set in spectacular scenery from which you can see the sea.

The embrace of the sky and the sea over the city make Taormina a truly enchanting place to visit, which can easily be a place to stay during a trip to Sicily.

In this context, we recommend a great place to sleep and stay. Let's talk about Residence Villa Oasis which is strategically located near the sea, and close to the main attractions of the city.

If you visit Taormina, don't miss the public gardens suspended over the sea, the 16th century Duomo, Palazzo Corvaja, and the streets and squares of the center. 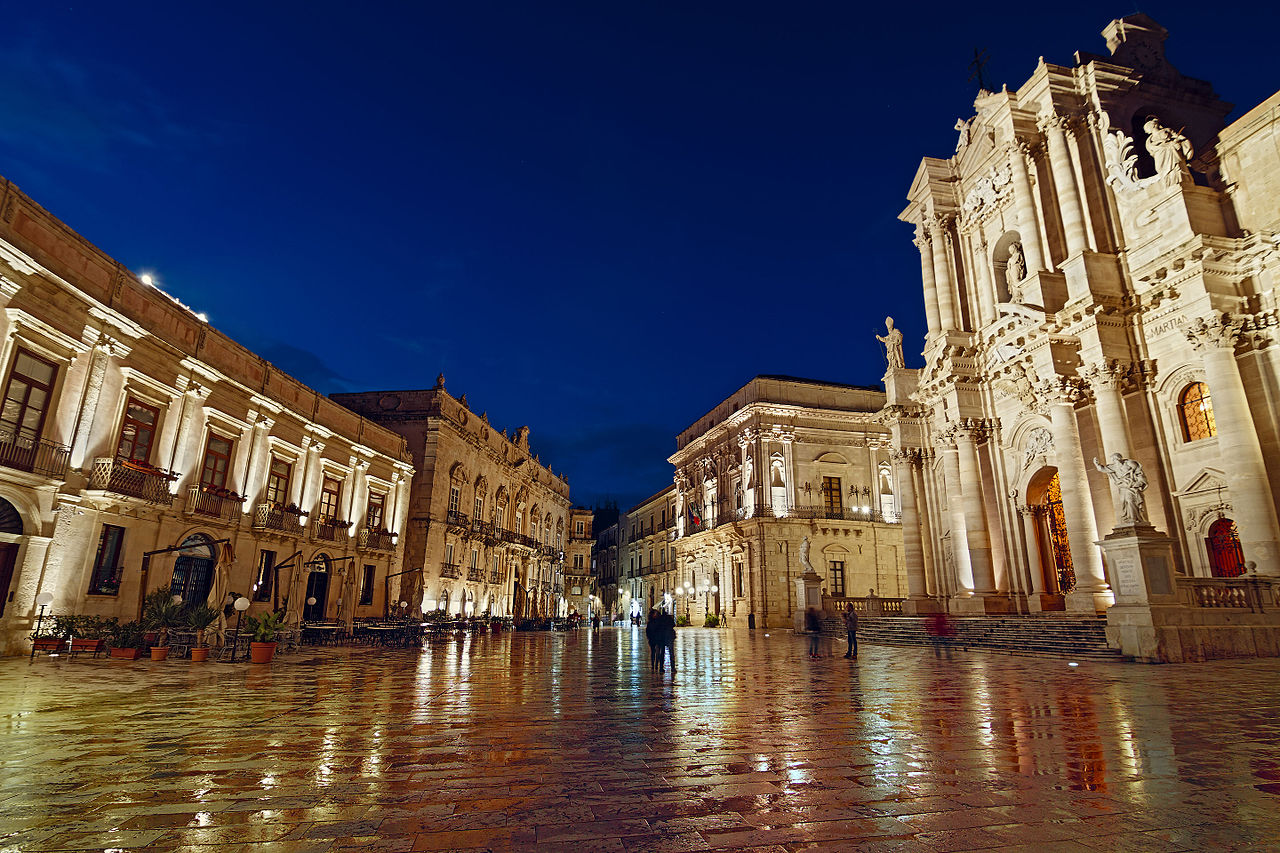 Syracuse is an ancient port of eastern Sicily, initially built on the small island of Ortigia, which today represents its historic center.

Today Syracuse is a dynamic and attractive city, especially from a historical and artistic point of view. Just think of the architecture of the center like the Cathedral of the Holy Nativity of Mary, built by converting the ancient Greek temple into a basilica.

Do not miss the Archbishop's Palace, the Archaeological Museum Paolo Orsi, and the Regional Art Gallery of Palazzo Bellomo up to the Sanctuary of Santa Lucia al Sepolcro, where is now preserved an extraordinary painting by Caravaggio.

Precisely because of this exceptional cultural value in 2005, the city of Syracuse was included in the list of UNESCO World Heritage Sites.

1. Val di Noto and the Baroque cities of South-East Sicily 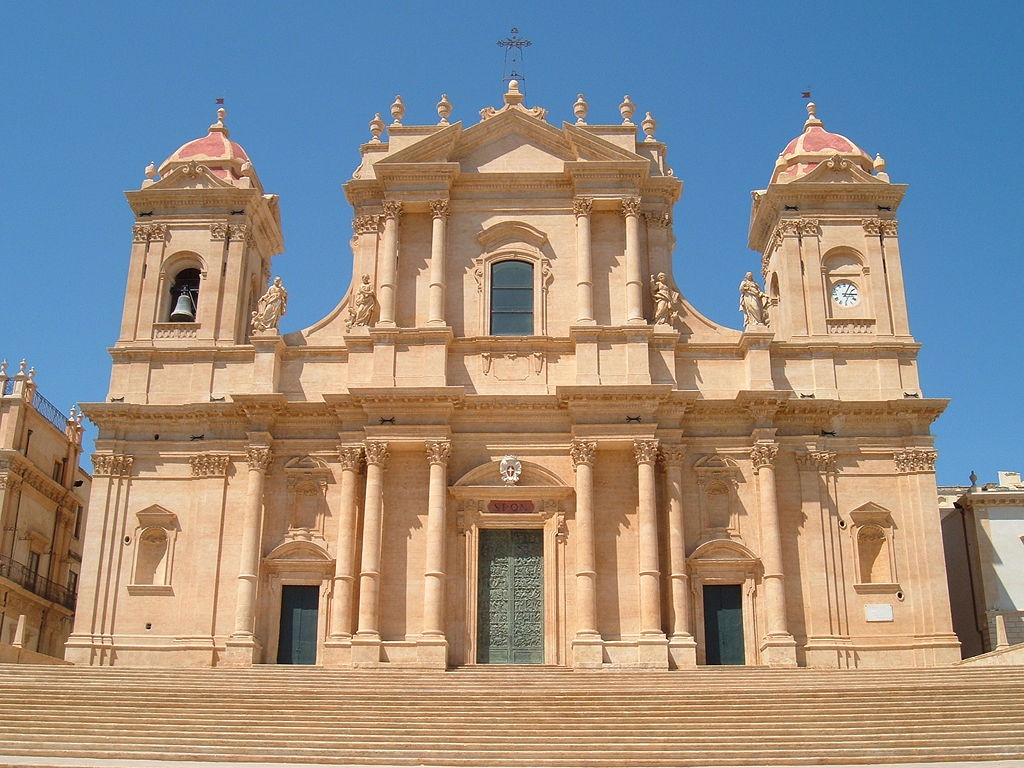 A variety of cities in the Val di Noto (province of Noto), in the south-eastern area of Sicily, have become famous for their late Baroque architecture, and for this reason in 2002 they were included in the list of UNESCO World Heritage Sites.

Of the places all to know and to discover, it will be enough to get lost in the historical centers and among the alleys to taste the true charm of Sicily.

There are many towns to know: for example Noto defined as the capital of Baroque known precisely for its extraordinary architecture including the great Cathedral of San Nicolò.

Not too far away we find Modica, a city inhabited since the Neolithic period, with a historic center that is one of the most significant examples of late Baroque architecture, as can be seen from the monumental Cathedral of San Giorgio.

Very important are also the cities of Scicli and Ragusa, also included by Unesco in the list of late baroque cities to know and visit.

Our trip to Sicily is complete, you just have to pack your bags to discover Italy with us!