is the enchanted region, immersed in the greenery of the sunny valleys 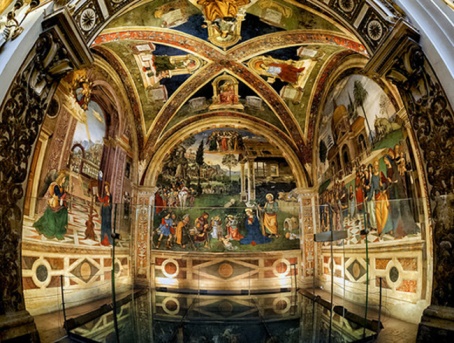 Art is the essence of Umbria: great artists such as Perugino, Giotto, Cimabue, Nicola Pisano, Arnolfo di Cambio have left their unmistakable mark in various cities of the region that preserves the artistic testimony of its history.

The Umbrian Renaissance was one of the fundamental declinations of the Italian Renaissance. Renaissance art made its appearance in Umbria in the first half of the fifteenth century, with the stay of some Florentine artists of the first order, who left their works there.

Umbrian cuisine is founded by a long tradition with origin from the Umbrian and Roman civilizations.

Among the typical dishes of Umbrian cuisine, there are certainly first courses based on mushrooms and truffles. Among the varieties of egg pasta typical of Umbria there are Agnolotti, a stuffed pasta, similar to ravioli but crescent-shaped with meat filling. Among the main courses, fried lamb and pheasant in brine are very popular and appreciated.

The Umbrian culinary tradition is also made of a wide variety of cold cuts, sausages and cheeses, many of which have a protected designation of origin and wines, from the whites of Orvieto and the Martani mountains to the reds of Montefalco, Bastardo and Amerino.

Italian truffles: in Umbria you can find the most precious... 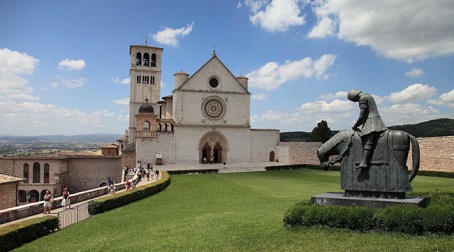 There are many things to see in Perugia: the capital of Umbria is the true cultural heart of the region. The Piazza della Fontana Maggiore, the Palazzo dei Priori, the Cathedral of San Lorenzo are monuments not to be missed, as well as the rich museums that tell the story of the Etruscan and medieval past of the city.

Also worth discovering are the villages, among the most beautiful in Italy, such as Assisi. The land that gave birth to St. Francis and St. Clare is both a destination for religious tourism and an artistic destination. Of great attraction are the splendid frescoes by Giotto, Cimabue, Pietro Lorenzetti and Simone Martini, in the Basilica of Assisi.

Gubbio, Spoleto, Spello and Foligno are just some of the other destinations to visit in this magnificent region.

The 10 most beautiful villages to visit in Umbria

The most beautiful landscapes in Italy and where to see them

What to do in Italy in December: 5 perfect destinations

Spello in Umbria, one of the most beautiful villages in...

Short break in Italy: what to see in Todi

Eurochocolate in Perugia: all you need to know

Best Things to do in Assisi, UNESCO World Heritage Site... 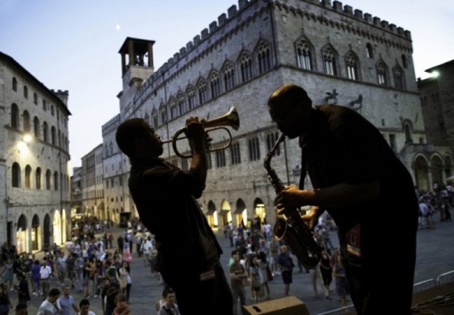 Medieval and Renaissance culture has produced in Umbria the best expressions of the artistic geniuses of the time.

Umbria saw the birth of the first monastic orders with the foundation of the Benedictine order by San Benedetto da Norcia. And it was the birthplace of many other famous saints: St. Francis, St. Clare, St. Rita da Cascia, St. Valentine. Art and religion have always represented an indissoluble pair in the history of Umbria, just think of the poet Jacopone da Todi, now blessed.

Umbria is also a center of international culture, as evidenced by its international festivals. Every year, in July, Perugia hosts the Umbria Jazz Festival. The largest event dedicated to this art on Italian soil, which hosts musicians from around the world. Equally famous is the Eurochocolate, an annual event dedicated to the culture of chocolate.

There are numerous events that take place, especially in summer, in many centers of Umbria. Famous is the folkloristic manifestation of the feast of the Ceri. There are also a number of historical re-enactments such as the Quintana, of Foligno origin, which evokes the costumes of 1600, the Palio della Balestra in Gubbio, the Medieval Festival of Calendimaggio in Assisi and the Narni Ring Race, the Palio dei Colombi in Amelia, the Palio delle Botti in Marsciano, which evokes the rural traditions.

Legend and history of the well of San Patrizio

Festivals in Spoleto: what to see

The legend of the 'blood bridge' in Spoleto