Mysteries exist. In this article, you will discover the secrets of underground Narni, one of the most fascinating places in Umbria.

Umbria is famous for its cities of art and for the richness of its historical and cultural heritage. In the heart of this beautiful region, in the province of Terni, there is Narni, an enchanting Umbrian village famous for being the geographical center of Italy, for the massive Albornotz Fortress that overlooks it, and for having inspired C.S. Lewis in the creation of his Chronicles of Narnia. 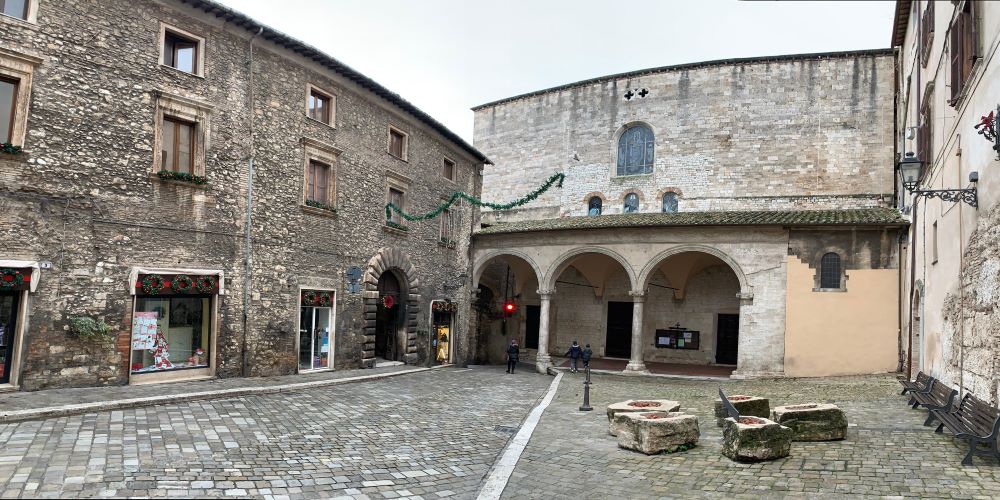 The origins of Narni date back to ancient times: the area on which the village stands is inhabited since Neolitic times; conquered by the Romans around 300 BC, it took the name of Narnia, and then became Narni.

Located on a plateau overlooking the gorges of river Nera, Narni is one of the most beautiful villages in central Italy and, despite being small in size, it offers many interesting things to see: you can walk through the alleys and stairs of the medieval village, admire the beautiful Piazza dei Priori and the Romanesque cathedral of San Giovenale, and finally enjoy a good meal in one of the many restaurants of the historic center. Very close to Terni and just 80 kilometers away from Rome, Narni is the ideal destination for a day trip.

But Narnia is also the treasure chest that includes one of the most fascinating mysteries of the last 40 years, and the story we're about to tell you is almost unbelievable...

We are in 1979, when six boys, speleologists for fun and passion, descend with a rope in the property of a farmer and entering through a narrow passage, they discover underground a 12th-century church, decorated with remarkable frescoes that are among the most ancient of Narni.

“The first thing that I saw as I went underground were the eyes of an angel looking at me…”: these are the words of Roberto Nini, one of the brave discoverers of the site.

But this discovery was only the beginning of a journey through unimaginable secrets held below ground. In fact, continuing to explore, the boys discovered a large room with an adjacent cell, on whose walls are engraved indecipherable symbols and mysterious phrases.

What was going on in that room, and who was being held prisoner in that cell?

The Holy Inquisition in Narni 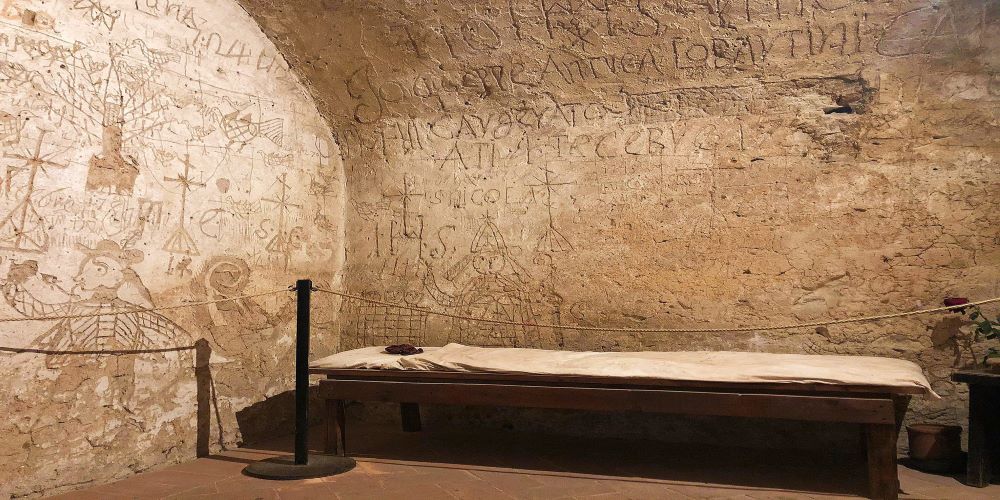 Thanks to a series of twists and turns and incredible coincidences, over the years Roberto Nini managed to put together the pieces of a very intricate puzzle and bring to light some historical facts that very few knew existed. Indeed,  the interrogations of the Holy Inquisition used to take place in that underground room. In the adjacent cell, the inquisites were held prisoners, and they documented their sufferings with signs and phrases on the walls.

Testimonies found in the Vatican Archives, at Trinity College in Dublin and elsewhere, have made it possible to reconstruct the terrible stories of what happened in those dungeons and the vicissitudes of some of the prisoners, including a freemason, Giuseppe Andrea Lombardini, author of the signs (still partially not deciphered) engraved on the walls.

Today these underground rooms are open to the public and can be visited with a guided excursion that is also a suggestive journey through time, within a scenario of a thousand mysteries.