From North to South, here are the most Christmassy Italian villages to visit for your Christmas holidays.

Hamlets are small places where the quality of life, environmental sustainability and the protection of cultural and artistic heritage come together to provide an authentic travel experience. In particular, some of these are ideal places to discover at Christmas. Towns where you can breathe a unique atmosphere that is truly magical during this time of year.

Visit Italy has selected ten villages to visit for you during your Christmas holidays. Markets, cribs or simply the charm of the place, waiting for Christmas!

If we lend a hand, miracles will happen, and Christmas Day will last the whole year. 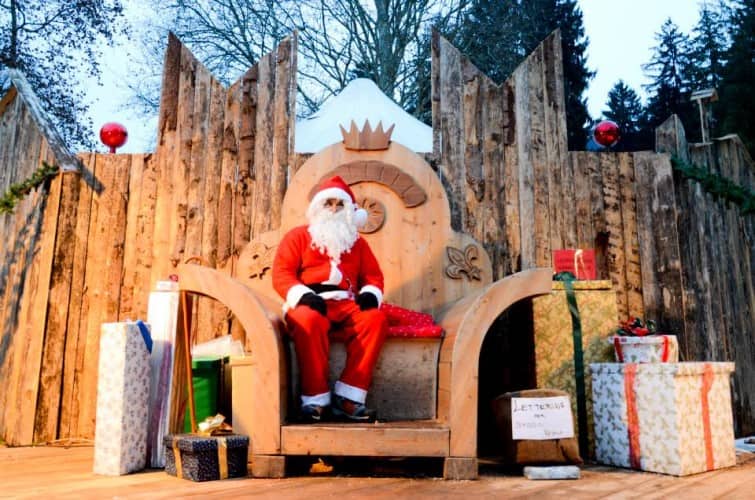 Levico Terme is located in Valsugana. It is striking for its unchanged character as a 19th-century town, evoking the atmosphere of the Belle Epoque. Nobles from all over Europe used to come to the spa to recover from their courtly duties.

Levico is, in fact, famous for its thermal waters: the arsenical-ferruginous waters of the Levico and Vetriolo spas have been known for over 150 years for their therapeutic and regenerative properties. Also worth mentioning is the Hapsburg Spa Park: the most extensive historic garden in the province, where you can stroll in complete relaxation.

Here, during the Christmas period, the traditional Christmas Market takes place (this year from 20 November to 6 January), which has the flavour of an authentic fairytale. A journey to discover the excellence of craftsmanship and gastronomy. For the occasion, it will be possible to find the streets of the historic centre and the landmark shops richly decorated for Christmas.

Various events are planned, such as the Nativity in the square and EncontrArte, where skilled sculptors will work on life-size statues live. There will also be musical moments with the Christmas Band, the parade of the Habsburg Court and many initiatives for children.

For those of you who love winter sports, in just a few minutes by car, you can reach the Panarotta ski area and the Vezzena Plateau, where, in addition to skiing, you can go on walks and excursions with snowshoes. 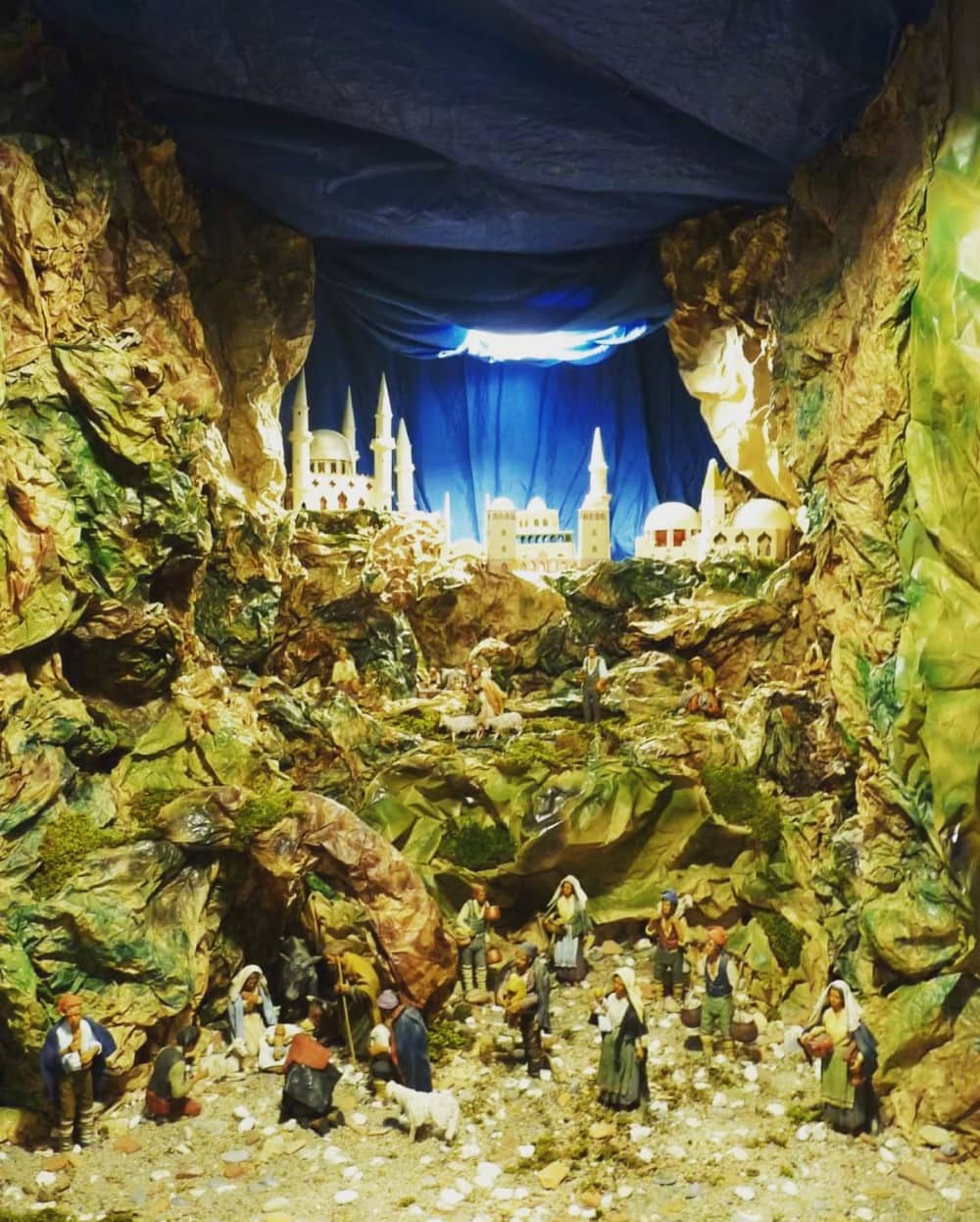 Toirano is a small village a few kilometres from the sea. It was a Roman settlement and a Byzantine fortification. There are still traces of the latter in walls, towers, old houses and medieval loggias.

The oldest area is the "Torracco" area, typical irregular stone and lime buildings. On the Varatella side, there is a charming three-arched bridge from the 14th century. Just over a kilometre from the village are the Toirano caves, one of Liguria's major tourist attractions: a complex of 150 caves that preserve prehistoric remains.

At Christmas time, since 1997, the Itinerary of the Nativity Scenes has been held here, reviving the devotional Toirano custom of the early 20th century of displaying the domestic crib in the window or a place facing the street. In recent years, the Varatella Valley Ethnographic Museum has been responsible for developing the event, motivating local people and involving enthusiasts, artists, and associations.

The event currently features around 200 nativity scenes on display in the village's "Caruggi" (alleyways and porticoes) during the Christmas period. In addition, the museum has for decades held an exhibition on traditional Ligurian nativity scenes, with specific reference to Savona's period craftsmanship. Acknowledged as a 'city of art' for its historical and artistic wealth, Fiumalbo owes its name to the waters that surround it. It is an ancient origins town located in the province of Modena, in the southernmost part of the province, on the border with Tuscany. The village is on a valley that descends from the ridge of the Tuscan-Emilian Apennines and in the heart of the Frignano Natural Park: it stretches from 935m above sea level in the historic centre to 2165m on Monte Cimone.

It is the location of the largest ski circuit in the Tuscan-Emilian Apennines: the Cimone ski area (over 50 km of slopes). It is located a few kilometres from the peaks of Abetone, where Zeno Colò was born, and Alberto Tomba trained, two of the strongest Italian skiers of all time.

The historic centre of Fiumalbo has a characteristic medieval style with cobbled streets, stone houses and roofs still partly in slate: its centrepiece is the 13th-century church of San Bartolomeo. A typical local product is the Croccante: a sweet still made according to the old recipe and available in all the pastry shops in the centre.

A much-awaited Christmas event is the Living Crib, held on the night of 24 December (and repeated on 8 January): a spectacular and evocative representation of the Nativity and ancient trades along the town's streets. It is a unique and exciting representation that, for over 25 years, every two years, has transformed Fiumalbo into a Bethlehem of the Apennines. 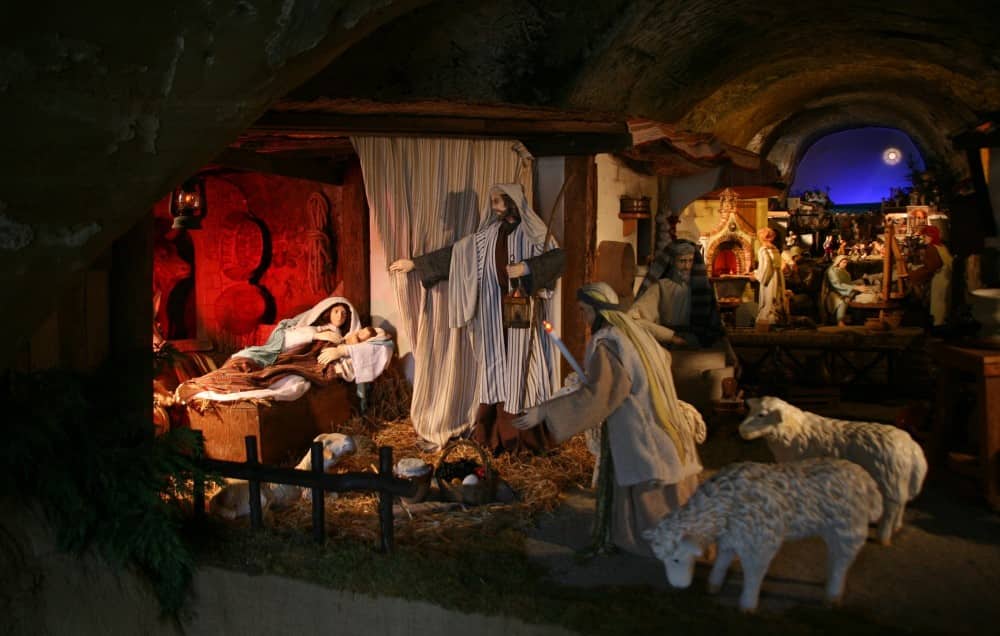 It is in the Rubicone Valley with its hills planted with vineyards, orchards and olive groves. It extends as far as the Adriatic Sea. The town of Longiano boasts a harmonious and well-preserved historic centre: it has a double-wall, the Malatestino Castle, five museums, a theatre and interesting landmark churches, such as the Sanctuary of the SS. Crocifisso and the Collegiate Church of San Cristoforo.

From 8th December to 9th January, there is Longiano dei Presepi. An authentic Christmas atmosphere full of cultural suggestions. You can admire the many cribs placed in the squares, streets, gardens and characteristic corners of the medieval town centre. A route made unique by the Christmas illuminations and the town's magical atmosphere. The Tourist Office also organises events, music and guided tours to mark the occasion. Little Casole d'Elsa is the Tuscan village par excellence. The town walls surround the remaining part. In the village square stands the rectory, a vital building dating from the 14th-15th centuries, where currently houses the Civic Archaeological Museum of the Collegiate Church. It contains a conspicuous collection of sacred art, works from the Middle Ages to the 20th century and an archaeological section with interesting Etruscan finds. In the historical centre, the Palazzo Pretorio offers a characteristic façade rich in coats of arms.

From 20 November to 6 January, the Casole d'Elsa calendar is full of Christmas events: markets, music, tastings and excellent products to discover. 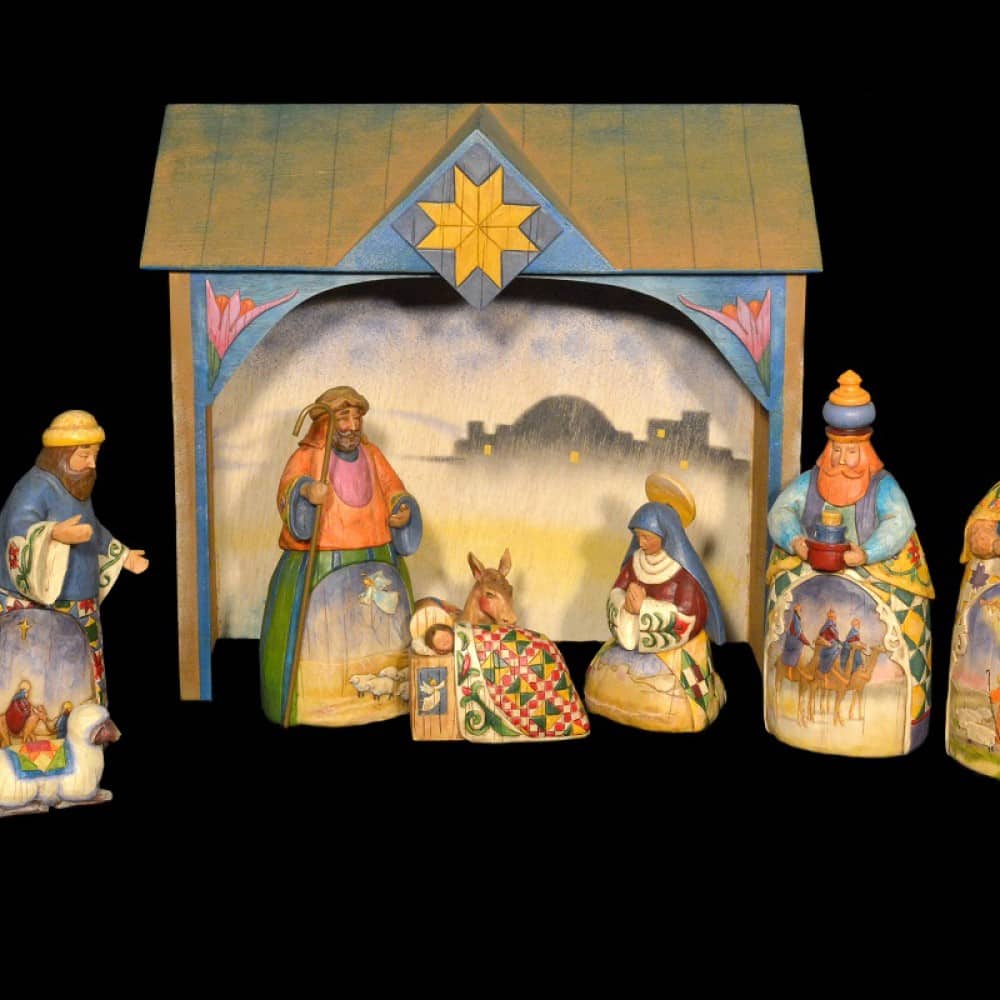 We remain in the Siena area, in one of the most beautiful areas of southern Tuscany. Here, where nature and history intertwine, stands the village of Sarteano, dominated by the severe profile of its 15th-century castle, with the massif of Mount Cetona in the background.

Sarteano is so scenic that it looks like a nativity scene, located between the Val d'Orcia and the Val di Chiana. Not to be missed is the Civic Archaeological Museum, rich in artefacts relating to Etruscan art. And it is here that there was one of the most significant discoveries in the field of Etruscology in recent decades: the discovery of the Tomb of the Infernal Quadrille.

During the Christmas period, there are various initiatives. Starting with the Presepi delle Cinque Contrade (Nativity Scenes of the Five Districts): handcrafted cribs made by everyone, young and old, are displayed in five locations throughout the streets of the historic centre.

In the heart of the village, there is the Museo dei Presepi dal Mondo (Museum of Nativity Scenes from around the World). It is a private collection with more than 600 nativity scenes.

In addition, until 6 January, Sarteano homes Il Presepe dei Presepi, l'Arte Della Natività (The Nativity of Nativity Scenes, the Art of the Nativity). An artistic journey of nativity scenes on display in the streets of the historic centre. And many other events, such as Santa's House, markets, a gospel choir and a photo exhibition at the castle. Genga is on a hilltop in the upper Esino valley, surrounded by dense woods and within the medieval castle walls. This village is famous for the Frasassi Caves, one of the most spectacular karst complexes in the world.

Not far from the caves, there is the Hermitage of Santa Maria Infra Saxa, once a cloistered convent. And, there is Valadier Temple: an octagonal sanctuary, wholly built into the cave. It was set into the rocky walls of the mountain and built at the behest of Pope Leo XII. Not to be missed is the Church of San Vittore delle Chiuse, one of the most important Romanesque monuments in the Marche region.

For lovers of wellness and relaxation, the Frasassi Spa is a must. Finally, the nearby hamlet of Pierosara is also worth a visit, to which a curious local legend is linked.

For Christmas, Genga organises the world's most giant Living Crib: it covers an area of about 3000 square metres extending inside the Frasassi Gorge up to the Valadier Temple. About 300 figures for a truly spectacular event. It is on 26 December and 2 January. Leonessa is a city of art and one of the main arrival points for winter tourism in the Terminillo area. It is, in fact, one of the most popular destinations for skiing and hiking enthusiasts.

The founder was Charles I Anjou in 1278 and, in the 16th century, became a fief of Margaret of Austria. A place of interest is the Sanctuary of San Giuseppe da Leonessa, its patron saint. The Angevin tower dominates the inhabited area: a majestic polygonal work, the terminal of the ancient city walls.

It boasts the Church of San Pietro and the 14th century Church of San Francesco, among its other masterpieces. A polychrome terracotta crib dates back to the 16th century. A truly unique work that, in 1997, the Italian Government deemed worthy of being represented on the Christmas stamp. Civitella Alfedena is a village perched on a rocky spur overlooking the southern shore of Lake Barrea. It is the most miniature village in the Abruzzo, Lazio and Molise National Park.

Among the narrow streets of the intact historical centre, the village preserves some 17th and 18th-century buildings, a 14th-century tower and the 17th-century church of San Nicola. Next to the upper part of the village is the Lynx Wildlife Area. On the hill opposite the town is the Park Visitor Centre, with the Museum and the Wolf Wildlife Area.

The not-to-be-missed event Presepe al Borgo (Crib in the Village), organised during Christmas. The reconstruction of Scenes of daily life in the most evocative corners, including ancient trades and typical traditions, leads to the cave of the Nativity. Amidst sounds and noises, dialogues in dialect make the scenes more lifelike. A life-size paper-mâché reconstruction, with over 200 statues, gives visitors the sensation and emotion of being inside an actual nativity scene.

And we arrive in the deep south. We are in Sicily and, located on a spur of the southern side of the Madonie Mountains, Petralia Sottana, a village of ancient origins. An old quarter with a medieval soul, Petralia Sottana is a scenic place for holidays and excursions.

It is inside the Madonie Regional Park, where Etna Parco is based. The 17th century Mother Church and the Church of the Holy Trinity are worth seeing. The Antonio Collisani Civic Museum is not to be missed, consisting of the Geopark Madonie Giuseppe Torre geological section and the Collisani Collection archaeological section.

The Petralium in Praesepio takes place here at Christmas time. A permanent exhibition inside the Church of Monte di Pietà. A 100-square-metre display where visitors are transported to a miniature Petralia, complete with views and monuments. In addition, as per tradition, on Christmas days, the Zampognari di Petralia, music players who revitalize the village's streets with the characteristic sound of pipers and 'Ciaramelle' (sheepskin bagpipes).