Siena and San Gimignano: between history, art and flavours

Between green valleys and rolling hills, right in the middle of Tuscany, there are Siena and San Gimignano. They are two small and wonderful cities. Closed within ancient medieval walls, they are both caskets of culture, traditions and art, to be discovered by walking without haste through the characteristic alleys of the old town.

Siena and San Gimignano are only a few kilometers away from each other. They are both surrounded by the beautiful Tuscan countryside. The atmosphere is timeless and makes these two small but very lively towns, simply unmissable destinations. Let's discover them step by step, through the majestic churches and the medieval buildings, along the narrow streets, or from the incredible viewpoints, perhaps sipping one of the many, delicious typical wines of the region.

Siena, the city of many faces 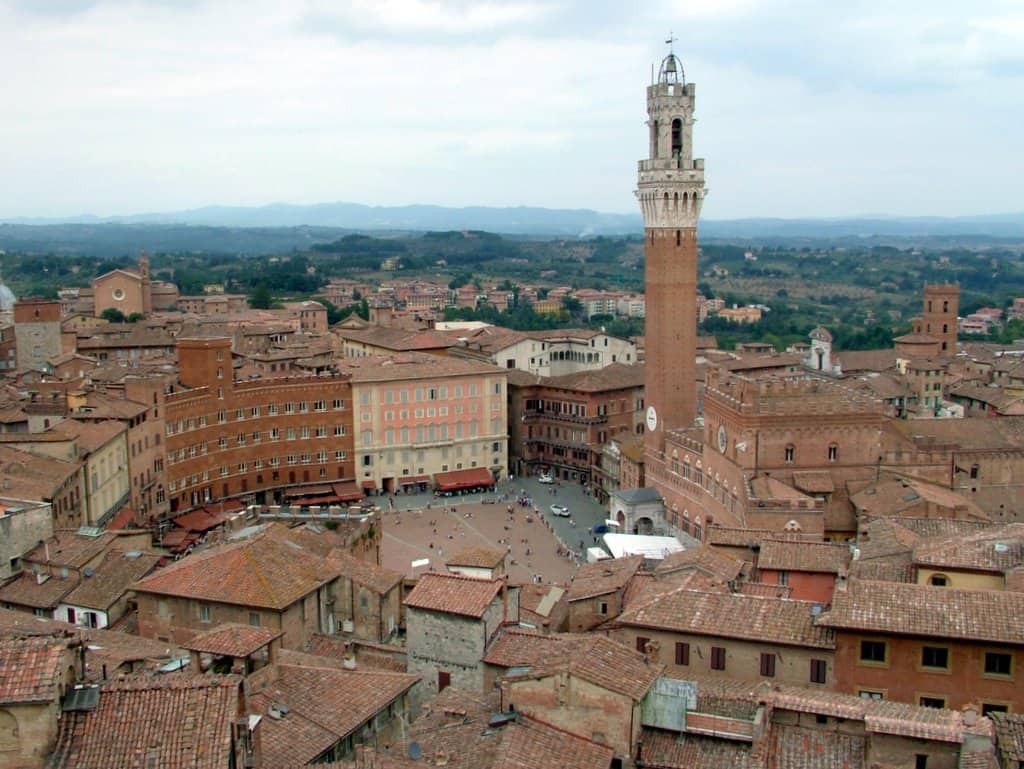 Let's start from Siena, at the south gates of Chianti. The medieval old town, still basically unchanged over the centuries, makes this city an almost unique example in the world.

Streets, ramparts and buildings lie on three hills, in the middle of which there is a valley, that later became the beating heart of the city: Piazza del Campo. In this square with an unusual trapezoid shape, descending towards the middle, the oldest and most beloved sport event of Siena still takes place today: the Palio. Siena is in fact divided into districts that challenge each other twice a year, on July 2 and August 16 in an exciting horse race, preceded by an impressive procession with more than 600 costumed figures.

In the middle of Piazza del Campo is Fonte Gaia, the fountain that reproduces the original fifteenth-century by Jacopo della Quercia; all around the square there are buildings and monuments of great historical importance, inside which you can admire the art masterpieces of the masters of the Sienese school, such as Duccio di Boninsegna, the Lorenzetti brothers, Simone Martini and many others. The Torre del Mangia stands out above all, it's the tower of the Palazzo Comunale, voluntarily built as tall as the Cathedral's bell tower, in 1325, as evidence of the balance reached between the power of the Church and that of the State.
Piazza del Duomo is the other Siena's must see. Here is the church of Santa Maria Assunta, the Cathedral, an incomparable example of Romanesque-Gothic style with its white marble facade and the body in white and dark green bands, just as as the interiors. Works by Donatello, Michelangelo and Nicola Pisano adorn the church and its baptistery. Also not to be missed is the Piccolomini Library, the ancient library of Pope Pius II, annexed to the church and entirely decorated with a spectacular cycle of frescoes by Pinturicchio and his pupils, including Raffaello Sanzio.
In front of the Cathedral is Santa Maria della Scala, one of the oldest hospitals in Europe. Today it is a large museum which houses permanent and temporary exhibitions.
A trip to this incredible city should also include the churches of San Domenico and Santa Maria dei Servi, although Siena is not only its monuments, however valuable, it's also a maze of narrow streets full of shops where it is possible to admire a very high level of craftsmanship.

San Gimignano "of one thousand towers" 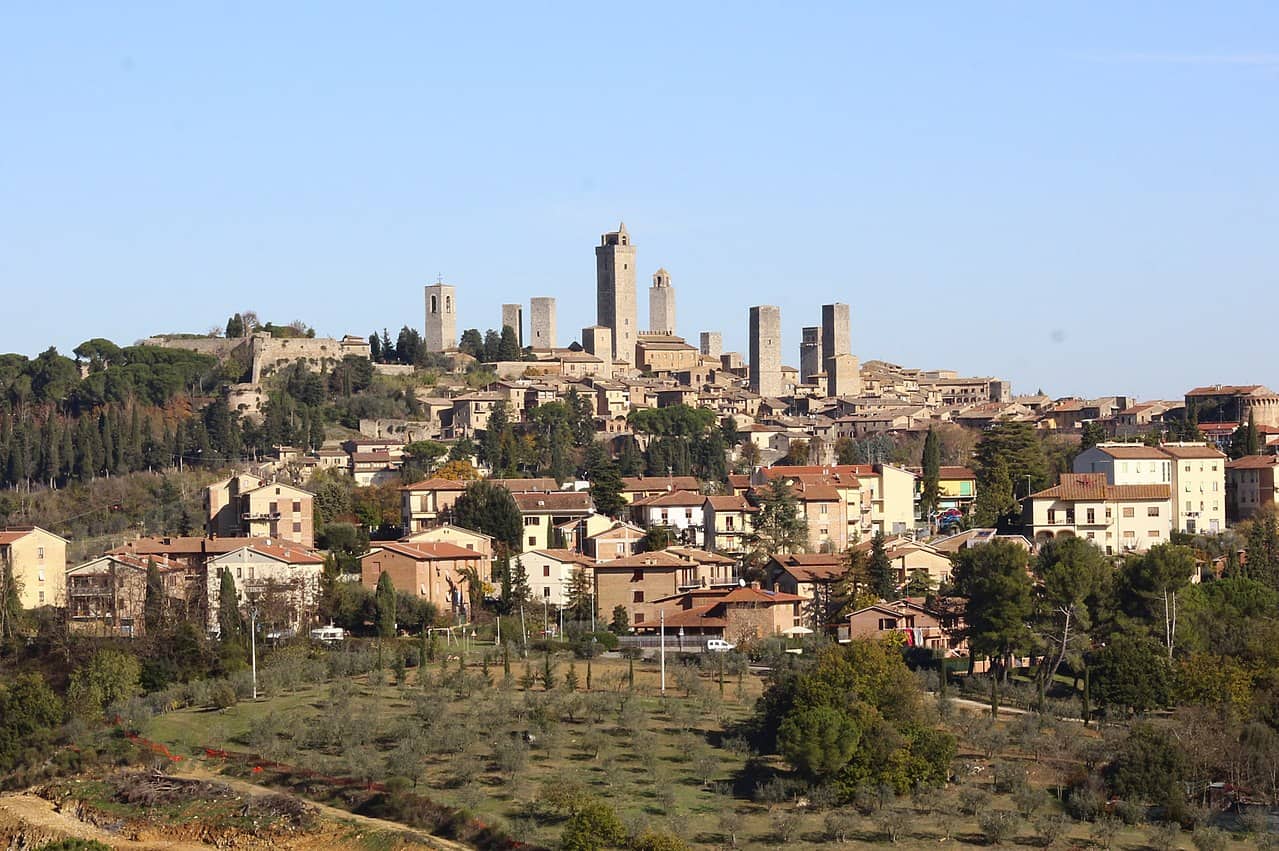 Along the Via Francigena, halfway between Siena and Florence, there is one of the most famous boroughs in Italy. It's San Gimignano, known for its walls and towers, that stand on the top of the hill on which it is perched, offering visitors a breathtaking view from afar.
Like Siena, San Gimignano too has a perfectly preserved medieval historic center, enclosed in the XI century walls. In origin the towers were actually only 72, one for each of the rich rival families who inhabited the small town, today unfortunately only 14 of them remain, but the charm of the borough has remained unchanged.
The center of San Gimignano is located at the top of a steep slope, where there is an extraordinary architectural and urbanistic ensemble, Piazza della Cisterna and the adjacent Piazza del Duomo.
The first square was, and probably still is today, the liveliest and most popular place in San Gimignano. It was the square of the ancient market and of the craftsmen's workshops, here is were the jousting took place, and were still today is the octagonal well that gives the place its name. One of the most famous towers of the borough dominates the square, it's Torre del Diavolo, the Devil's Tower, so called because according to the legend the Devil himself increased its height taking advantage of the absence of the owner.
Piazza del Duomo, on the other hand, was the place of institutions, once again the Church and the State faced each other, with the Cathedral on one side and the Palazzo del Popolo on the other. The latter houses an interesting art gallery, full of works of by famous artists, including Pinturicchio, Lippo Memmi and Benozzo Gozzoli. Dante too, stayed here on a diplomatic visit from Florence, and his room can still be visited. With its 54 meters, the tower of the Palazzo del Popolo, Torre Grossa, is the highest in San Gimignano; from the top you can enjoy an amazing view over the roofs of the village. It's the only tower that can be visited, the others in fact were and still are, privately owned.
The beautiful Cathedral instead, houses the chapel of Santa Fina, wonderfully frescoed by Ghirlandaio.
A little further from the center there is the church of Sant'Agostino as well, with the majolica floor by Andrea della Robbia and works by Pollaiolo and Benozzo Gozzoli.
To enjoy an unforgettable view from a privileged point, it is worth climbing up to the Rocca di Montestaffoli. Not much remains of this ancient building that defended San Gimignano, however today there are still festivals and cultural events of various kinds, and the view over the green Tuscan countryside is not to be missed. 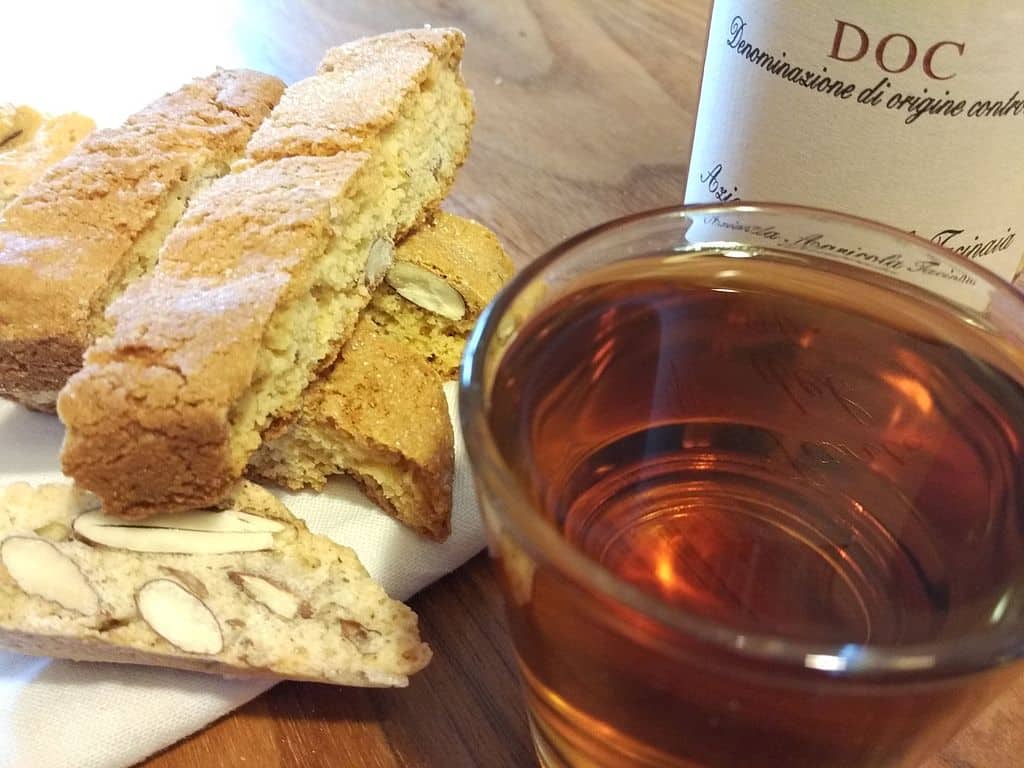 The local cuisine is an endless sequence of delights. Meats, cold cuts and cheeses are of the highest quality. Boar ragu is a typical first course in this area, while scottiglia is a second course made from various kinds of meat flavoured with red wine.
A typical Siena's dessert is based on cantucci, dry biscuits, and Vin Santo (Holy wine), a sweet wine which, according to a legend, cured the plague.
The gold of San Gimignano, instead, is saffron, one of the fundamental ingredients of the local cuisine, but also one of the reasons why this small town, over the centuries, has become rich. In fact, this plant was worth a lot of money, and its uses were the most disparate, many merchant families got rich thanks to it. In San Gimignano the most famous wine is Vernaccia, a white to accompany the classic crostini with cheeses and salami, or the numerous first and second courses based on boar.

To know Siena and San Gimignano

The wonders of Siena and San Gimignano are so many that it can sometimes be difficult to find your way around, but if you want to enjoy the unique atmosphere of these places, and experience their magic to the full, the best solution is to rely on a local guide, an expert in the region and its traditions.
A Day in Tuscany, for example, organizes tours that are different from all the others, because they are entirely tailor-made for you. You will be able to discover the flavors, aromas and hidden corners of your favorite destinations, far from mass tourism, with a private tour organized in full respect of your time and exclusively according to your preferences.
And if you are a lover of Tuscan wines or simply curious to know their thousand varieties, A Day in Tuscany offers unmissable Wine Tours in the company of a certified Sommelier!