It's close to New Year's Eve and on this day Italy offers wonderful places and events to be discovered. Find out what to do on New Year's Eve in Italy

New Year's Eve is one of the most awaited and special holidays for many cultures in the world. Even New Year's Eve in Italy is no exception, so much so that waiting for New Year's Eve sends almost everyone from the youngest to the oldest in trepidation. The Italians are a people traditionally very tied to the customs and traditions that are handed down from parents to children with many rituals to follow to wish you a happy new year. If you choose to spend the New Year in Italy, find out which are the best destinations and what to do in the country of the boot.

New Year's Eve in Italy: discover the history, tradition and why of fireworks in Italy 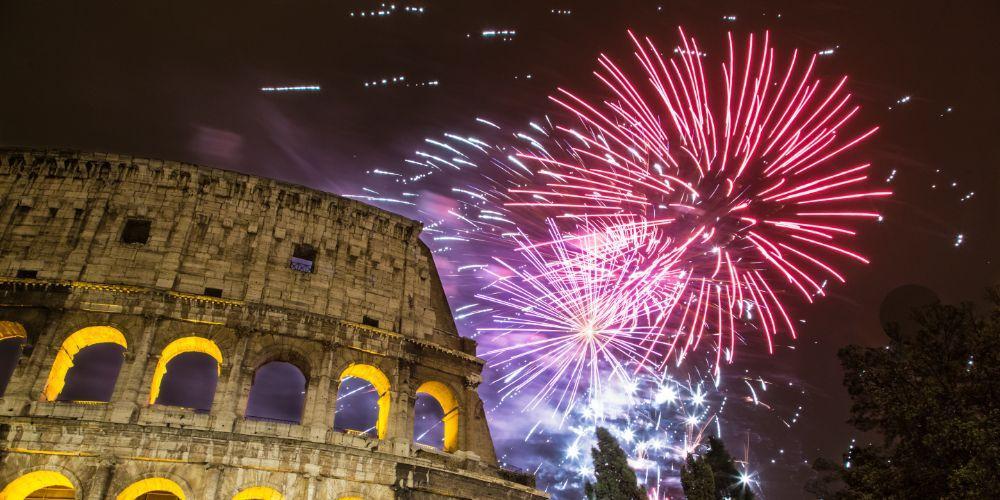 Italians are very fond of holidays, especially those where luck and prosperity can be wished for. Many regional traditions are handed down, but there are many rituals that all Italians have in common and you can try to fully experience the experience. One of the best-known customs is the classic dinner with all the typical dishes that change from city to city throughout the boot but some musts never vary such as cotechino with lentils as a sign of good luck for the new year. In addition, to light up the night at midnight on December 31st, Italians love to use many fireworks. At the stroke of midnight the master craftsmen of the sector delight the cities with fireworks, which you can observe in almost all Italian cities. One of the most popular traditions especially among young people and couples, who celebrate New Year's Eve in Italy, is to wear red underwear as a symbol of luck and prosperity.

The stage of the proposed destinations starts from the southernmost region of Italy: Sicily. It is an unusual destination for New Year's Eve but, in the absence of the scorching heat, you can visit and lose yourself among its wonderful monuments such as the historic centres of even older cities such as Catania or the countless archaeological areas such as Syracuse. Catania is a popular destination, as it is also one of the easiest to reach with the airport just a stone's throw away and above all for its baroque historic centre and the spectacle with the snow-covered Mount Etna towering over the city.

Even Sardinia, usually a summer destination, becomes beautiful for the New Year. Among the most popular destinations, there is undoubtedly the Costa Smeralda with its bays and most of the places that organize exclusive dinners, but you can't miss the sunrise on the beautiful Olbia seafront either.

If on December 31st you decide to spend some time in the classic atmosphere of hospitality typical of the South Tyrolean capital, Bolzano offers various activities to await the evening celebrations.

In addition to a little shopping in the famous Via dei Portici, the most famous street full of shops and shops in the whole city, you can pay a visit to one of the many museums in this area, among which the most important is the museum provincial archaeological, a day of sport between snow-covered slopes, ski trails and cable cars. One of the best-known events is the Boclassic, the international race that takes place on the last day of the year with a route that crosses the historic centre of Bolzano.

8. New Year's Eve in the city of stones: Matera

The city of stones, Matera, reserves some surprises for those who decide to spend their New Year's Eve here. In Italy, there are many cultural locations, but Matera is very famous all over the world for its attractions and in particular during the Christmas period, thanks to the living nativity scene set up in the city.

The scenario of the famous stones that you will find yourself in Matera is that of a place totally out of time, which therefore represents an alternative way to celebrate the New Year in Italy and that you can hardly find elsewhere. Also in Matera, you can have the famous New Year's Eve dinner with Italian and local dishes.

7. Salerno and the artist's lights: New Year full of lights

Salerno in recent years has been a very popular Christmas destination because it has become famous thanks to the installations of its beautiful lights, the Luci d'Artista, which illuminate the whole city from 2 December until the end of January. The lights light up according to different themes and concepts every year.

If you love this kind of artistic installation, Salerno is the ideal destination for you, but on New Year's days in addition to the lights, there will be the typical concert in Piazza Amendola with an adjoining fireworks display with the sea in the background.

6. Florence: find out what to do on New Year's Eve in Tuscany

Florence is one of the most refined and culturally attractive destinations to spend the New Year in Italy. There are many events scattered throughout the city, which make it a sought-after destination, so much so that reservations are immediately sold out for these dates. Among the many attractions that you can visit on New Year's Day, one of those that you absolutely cannot avoid experiencing is the party that is created in Piazza Della Signoria, where between an aperitif and a greeting between friends you can experience and experience the beauty of Florence Renaissance. In addition to this, one of the places to spend midnight in Florence is certainly Piazzale Michelangelo. The glimpse of the city is truly incredible and at the stroke of midnight, the lights and happiness of the new year in Italy will make it truly breathtaking.

5. Rome: where to spend New Year's Eve in the capital

Rome is the capital of Italy and even when it comes to holidays it becomes one of the favourite destinations for those who choose to spend the New Year in Italy. If you want to spend New Year's Eve in Rome you can do it at one of the most usual events for all Romans and not only: the Imperial Forums, where every year artists of all kinds approach and attend the shows in an incredible atmosphere among the ruins of the ancient Roman empire.

Another beautiful location in Rome is to climb the Gianicolo hill or the Pincio where both at sunset and dawn on New Year's Eve you can enjoy a beautiful view of the Eternal City. In addition, if you are in Rome for a few days, like all year even on the last day of the year, Rome offers many attractions starting from the Colosseum to the Trevi Fountain. The culinary traditions of the Roman New Year are also famous and highly sought after by those who will spend the last of the year in Rome from savoury pies to cannelloni, gnocchi and fresh pasta up to pangiallo and all the other typical desserts of the Italian and Roman Christmas tradition.

If you want to spend a New Year's Eve in Italy in the classic Christmas atmosphere, Courmayeur is the preferred destination. It is one of the most famous places in the Aosta Valley and Italy, not only on New Year's Eve. Enclosed in the heart of the Alps and surrounded by the highest mountain in Europe and Italy, Mont Blanc, Courmayeur is a popular destination for those who want to celebrate the New Year in Italy in the name of sport and fun.

Courmayeur is the most glamorous and elite ski destination in Italy with exclusive parties, starred restaurants and ultra-luxury huts.

3. Otranto and Puglia on New Year's Eve: discover the events and what to see

On the Adriatic side, there is one of the cities where the New Year is very much felt: Otranto. Otranto offers a constellation of cultural, artistic and musical events through a twenty-year event. Among all the events that will be held during this festival, we must add the great concert in the square on New Year's Day with many artists from all over Italy.

If you are in Otranto after the concert, one of the best moments is to reach Punta Palascia after midnight: the easternmost point of Italy to enjoy the New Year's dawn in Italy before everyone else.

Dinners, exclusive parties, or large parties in the square, there are many ideas that the city of Milan offers to spend the New Year. The most European and modern city in Italy contains all these possibilities to adapt to every type of need on the part of those who choose to spend the New Year in Italy. If you are in Milan, you are spoiled for the choice to wait for midnight with friends.

In addition to the classic traditional dinners in every corner of the centre and the halls of the major luxury hotels in the city, there is the great concert in Piazza Duomo that every year attracts thousands of tourists and enthusiasts every year, who attend the show offered by artists of the national and international calibre or a series of exclusive parties under the banner of the iconic Milanese jetset.

1. What to do on New Year's Eve in Naples

The most iconic New Year's Eve in Italy is the one you can spend in Naples. The last day of the year is awaited with so much trepidation and spasmodic anticipation. New Year's Eve in Naples is a way to enter the new year noisily and festively in the name of auspicious rites and endless dinners with all the dishes prepared as tradition dictates.

From the famous capitone, the European eel to fried cod, to cotechino with lentils, the dishes of the Neapolitan culinary tradition are prepared both for goodness and for good wishes. For some years the New Year in Naples has been celebrated in the streets with Piazza del Plebiscito and the Lungomare which are the nerve centre of this festival. In fact, in the largest square of Naples the famous New Year's show will be held with local and national artists of all kinds, not only musicians and singers but also many actors, comedians and stars of the Italian stage. This year the party will last one more day because on December 29th a tribute to the famous singer-songwriter Pino Daniele will be held in one of the most iconic places in the centre of Naples, the Umberto Gallery.

One of the traditions of the New Year in Naples is undoubtedly the fireworks, which light up the night throughout the city. One of the most beautiful places is to witness the fireworks in Castel dell Ovo at the stroke of midnight.