Mount Etna, on the slopes of Sicily's most beloved natural park

Etna is the highest active volcano in Europe. The mountain is one of Sicily's many wonders and an obligatory stop on a tour of the island. It's a precious natural monument and became a UNESCO World Heritage Site in 2013. The volcano has a massive variety of geological and landscape attractions such as forests, deserts and volcanic rocks.

The craters, ashes, lava flows, lava caves and depression of the Bove valley make Mount Etna a privileged destination and an important international research centre with a long history of influence on volcanology, geology and other earth science disciplines. Its notoriety, scientific importance and cultural and educational values are of worldwide importance.

Water and fire meet in Catania, the city dominated by Mount Etna, which has become its symbol. About 30 kilometers from the center, the volcano is the star of the Catania landscape, especially when it erupts at night, offering a spectacle that is more unique than rare. Since it is still active, Etna's conformation changes with each eruption as the lava flows modify the morphology of the landscape. The vastness of the Etna Natural Park, established in 1987, allows tourists to choose from a large number of different excursion possibilities, organised to suit all kinds of needs. Let's see the Mount Etna's main attractions. 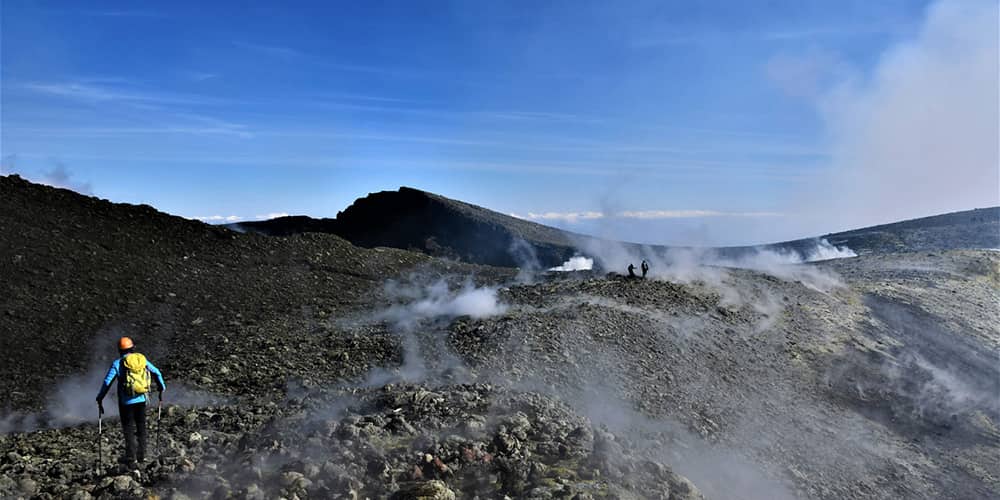 The most fascinating excursion on Mount Etna is undoubtedly the one to the "Crateri Sommitali", the beating hearts of the volcano from which the lava eruptions come out. There are currently four craters on the summit of the mountain: the Voragine and the Bocca Nuova, formed inside the Central Crater, and the North-East and South-East Craters, the youngest born in 1971 and the most active in recent years. The fumarolic activity of the craters occurs at more or less regular intervals and sometimes they are the site of explosive events. The view from Etna's summit is an unmissable spectacle for nature lovers, but one must take into account the difficulties in reaching it. In fact, excursions to the Summit Craters are usually very demanding and suitable for people used to trekking and physical activity, while they are not recommended for heart patients or untrained people. 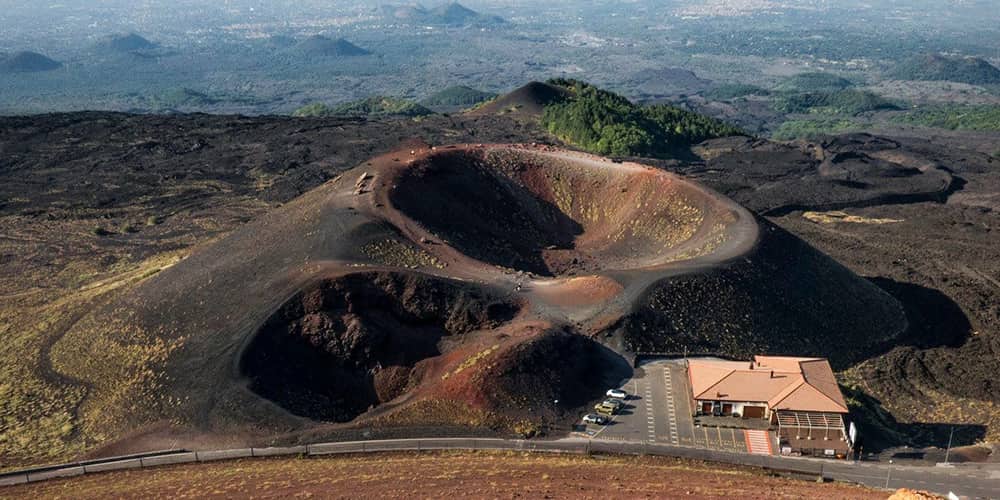 The Monti Silvestri, also known as Crateri Silvestri, are the most famous attraction of the volcanic edifice. An excursion to Monti Silvestri is the most common of the park's guided tours, as the cones are not far from Rifugio Sapienza (a famous ski resort) and from the Etna cable car, making them easy to reach even for the less experienced. Named after the volcanologist Orazio Silvestri, the craters are about 1900 meters above sea level and were formed during the 1892 eruption. The rocky complex comprises two craters, a lower and an upper one. While the former is easily accessible both outside and inside the cavity, the latter requires a steep footpath climb. Once you reach the top, all your efforts will be rewarded by the breathtaking panorama that stretches from the Gulf of Catania to the top of the mountain, a view of inestimable scenic value. 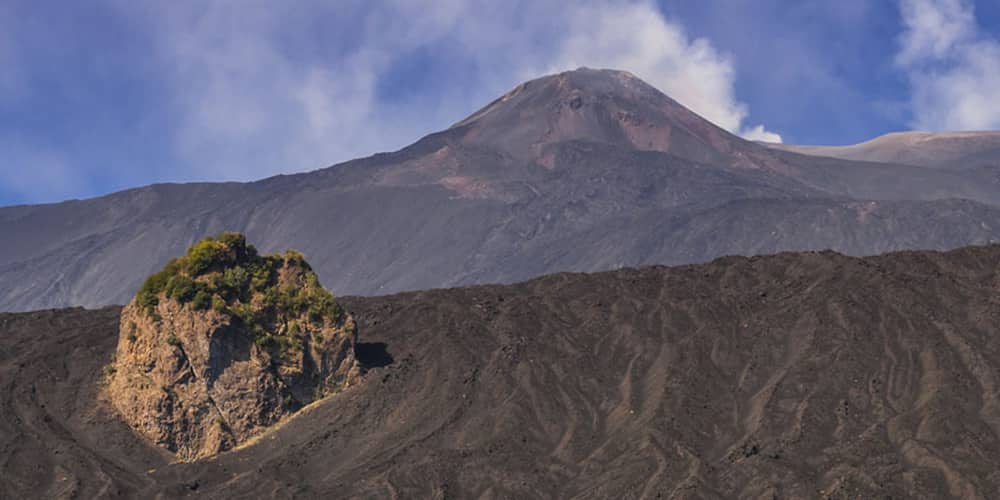 Another breathtaking destination is the Bove Valley, a vast basin on the eastern slope of Etna. The valley is a depression that is almost 37 square kilometres wide and surrounded by rock walls ranging from 400 to 1000 metres. Its origin is not entirely clear, according to some scholars it dates back to 64 thousand years ago when the Trifoglietto eruptive centres, Etna's predecessors, collapsed. According to recent studies, the valley was created following a series of collapses, the last of which occurred around 9000 years ago. The area has a desert surface, covered by recently formed lava flows and on which there are portions of isolated vegetation. The Bove Valley can be observed from various points that can be reached by car. Alternatively, it is advisable to walk along the nature trails that cross the valley.
For all your excursions, you can contact: ETNA EXCURSION SICILY. 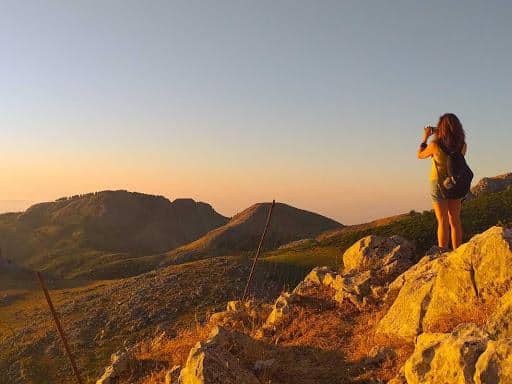 ETNAexcursionSICILY is a tour operator that promotes and enhances the Sicilian territory: it creates tailor-made trips based on the promotion of true Sicilian traditions, special tours and experiences for you in half or full day. The staff of  ETNAexcursionSICILY are very attached to their land: Etna for them is "Idda 'a muntagna", i.e. Mother Earth. The excursions are aimed at everyone: families, schools and small groups who wish to discover the 'real Sicily' with a new heart. They are staffed by tour organisers, tour leaders, tour guides and mountain guides.
On Mount Etna, you can go hiking in any season of the year: in the sunshine and in the snow!
If you are planning a trip to Sicily, contact them now!

Etna is always a unique show