The National Park of Abruzzo and its beauties: nature, villages and a tasty cuisine

An immense fairytale garden traverses central Italy, embracing three regions. The almost 100-year-old National Park of Abruzzo, Lazio and Molise is truly a natural paradise, based on the strict respect for the environment to protect the territory and the species that inhabit it.

The National Park of Abruzzo, Lazio and Molise is one of the oldest parks in Italy. Established in 1923 to save wild animals from extinction and jointly safeguard the exceptional natural landscape, the Park covers mainly Abruzzo, precisely L'Aquila province. It extends, then, in Lazio (Frosinone province) and Molise (Isernia province), covering 25 municipalities and over 50,000 hectares. The Park territory is mostly formed by Apennine mountain ranges that hide very suggestive naturalistic sceneries. The splendid greenery of the Park is the natural habitat of rich fauna ranging from large and small mammals to the most majestic birds that furrow the Italian skies and nest in the thick unspoilt nature of the place. The landscape also hosts rich vegetation and spectacular natural water sources. In addition to the incomparable natural beauty and landscape, many lovely villages populate the three regions that make up the Park.

Several educational and cultural facilities are dedicated to the spectacular fauna population of the Park. The Museum of the Bear is located 1000 meters above sea level in the village of Villavallelonga, and the Museum of the Chamois of Abruzzo is located in the ancient medieval burg of Opi that rises on a suggestive rocky spur. Below, some of the most important animals that the Park hosts.

The Marsican brown bear is the symbol of the Park. There were about eighty bears until the 1980s, but successively they almost halved because of the poaching. Today, thanks to genetic monitoring, it has been possible to slightly increase the number of specimens and protect them from extinction. It is not very easy to spot the bears, but their presence is detectable by the giant footprints they leave wherever they pass.

The golden eagle deserves the place of honour among the birds of the Park. This magnificent bird usually nests on the highest and inaccessible peaks. In the Park, there are five pairs, easily sighted while they solemnly fly over the territory with their impressive wingspan that can even exceed 2 meters.

The chamois of Abruzzo (or Apennine chamois) is another great protagonist of the Park. Saved from extinction thanks to the careful protection of the species, the chamois population is now in increasing expansion. Sighting this animal is not easy, also because you have to observe it from a distance and in the strictest silence not to scare it and make it run away.

In the stunning green oasis that today constitutes the National Park of Abruzzo, the ecstatic and happy visitor finds superb luxuriant vegetation.

The words of the illustrious botanist Romualdo Pirotta celebrated the majesty and the exceptional flora of the Park last century. Today, about 2000 species of plants are found in the Park, excluding mosses, algae and mushrooms. In the past, massive forest speculation between the 1950s and 1960s dangerously destroyed vegetation. The lush plant population that now adorns these places result from a considerable reorganization of the Park Authority. Today, the flora of the Park is very diverse and changes according to the territory, from a rural landscape made of oak, turkey and beech woods to a subalpine landscape just 800 meters high. Here, the vegetation is made of room for pines, primroses, cyclamen, gentians and old beech forests, recently entered the list of UNESCO World Heritage. In addition to magnificent woods and lush forests, the Park is home to many floral species worthy of note, including the red lily, the the intense blue Apennine gentian and the so-called Venus shoe flower, a very old  yellow and black orchid typical of the place. Apart from breathtaking natural scenery, the National Park of Abruzzo also houses numerous villages set like gems in the vast territory covered by the Reserve. Here are some of them. 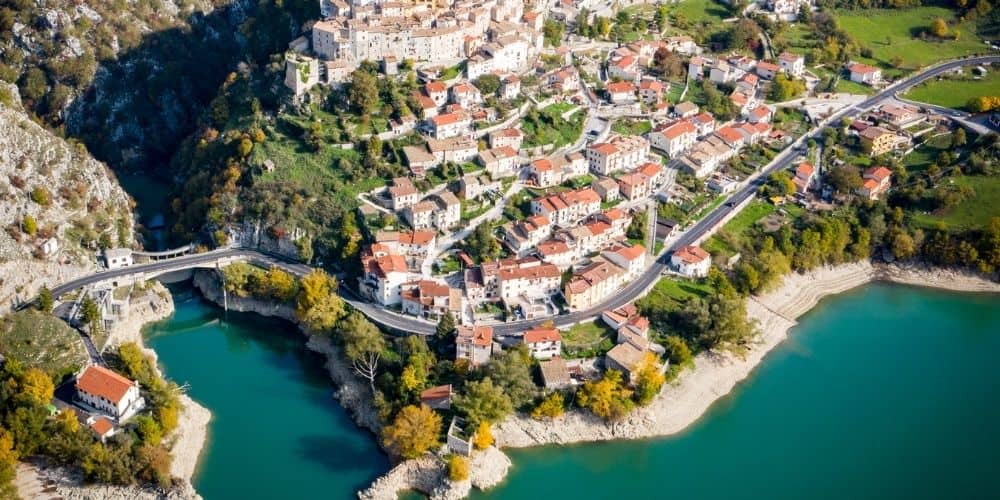 Barrea is a fortified village perched on a rocky spur and bathed by the waters of the artificial lake of the same name. The buildings of the historic centre tell the story of a village built for defensive purposes. We recommend visiting the monumental Castle with its ancient Tower located in the upper part of the town. The historical side and the spectacular scenic beauty make Barrea one of the most iconic villages of the Park and Abruzzo. 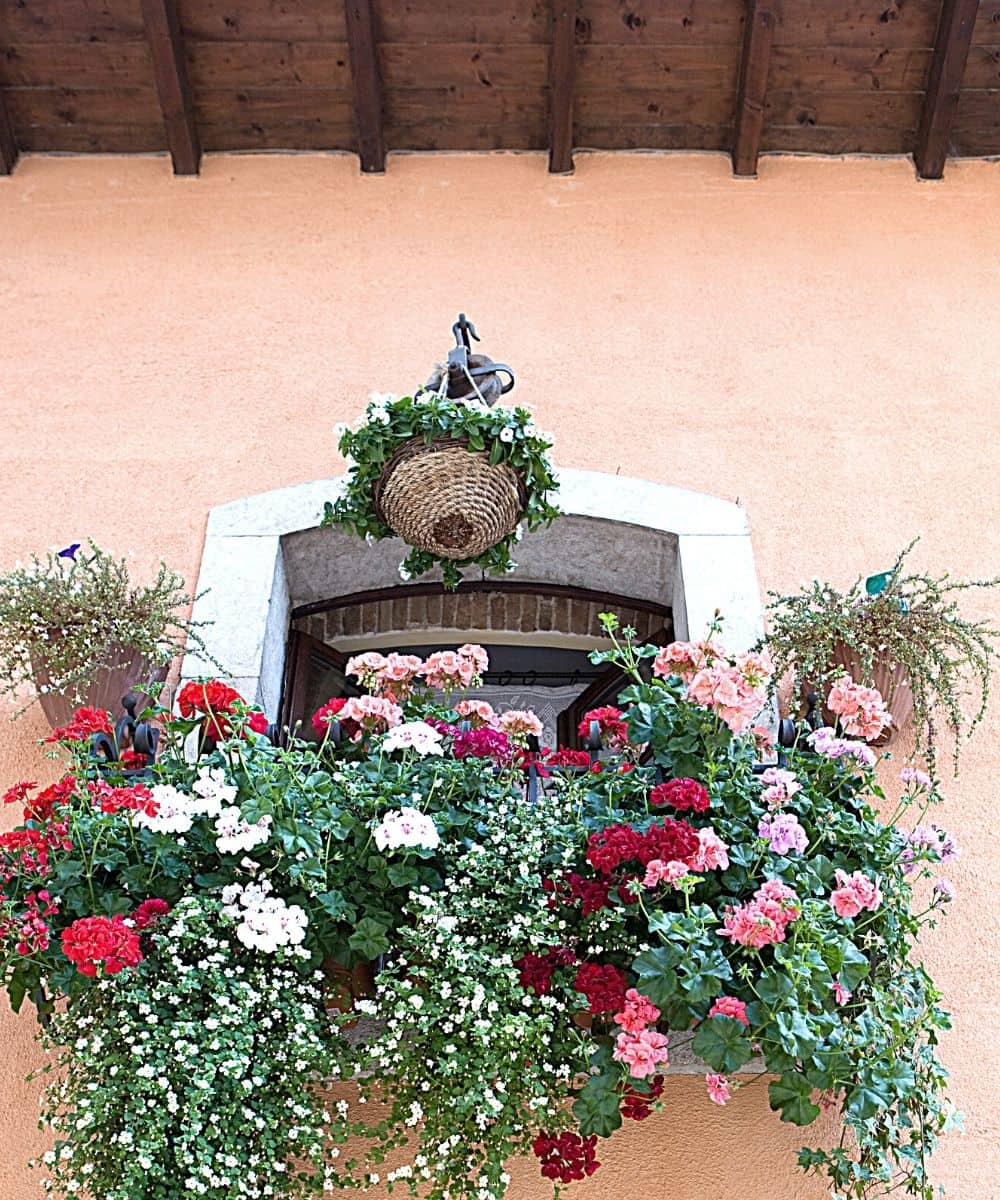 Pescasseroli, in the province of L'Aquila, is the most important city of the Park. Someone defines it as the "capital" of the Park. Its fantastic location allows it to be very versatile for tourists from a seasonal point of view. It is, in fact, wonderfully snowy in winter and pleasantly green in summer. Birthplace of the philosopher Benedetto Croce, Pescasseroli is perfect for spring and summer excursions on foot, on two wheels or horseback. In winter, it is a dream destination for ski enthusiasts. The city hosts a large ski resort with all levels of difficulty. It is also possible to practice winter nordic walking and snowshoeing.

Camosciara is the heart of the National Park of Abruzzo. The name is due to the conspicuous presence of chamois on its territory. It presents a landscape rich in white dolomite that recalls, in its appearance, the Alpine Dolomite mountains. The only way to enjoy the natural beauty of Camosciara is walking through its evocative itineraries sculpted in nature.

The CNN wrote about the beauty of Scanno:

«Located in the wild Abruzzo region of central Italy, Scanno is a rural heaven. Once a lair for bandits and outlaws, this pretty village nestled in the Apennine Mountains features a wonderful mix of Baroque, Romanesque and Gothic architecture. Decorated with portals, masks and angels, its impressive facades, mansions, churches and fountains were originally commissioned by rich shepherd families, who competed against each other to ensure their properties were the most beautiful. The village also boasts various humbler stone and wooden dwellings that resemble something from a nativity scene. Scanno overlooks a heart-shaped lake named after it, which some claim possesses magical powers».

Lake Scanno and the Path of the Heart

The mountain Scanno Lake is located in the lower province of L'Aquila, standing at the edge of the National Park. Generated by an ancient landslide, the basin is a real gem of Abruzzo and the entire Park. Adorned by the Marsicani Mountains, Lake Scanno is suitable for picnics and barbecues with family or friends. However, the real attraction is the so-called Path of the Heart: along a road that leads to the hill where the Hermitage of Sant'Egidio stands, visitors can reach an altitude point from which the particular perspective makes the lake seem heart-shaped. The view is unique!

The rich gastronomy of the Park includes typical products and dishes from three regions. The cuisine of Lazio, Molise and Abruzzo is composed of simple dishes made of poor ingredients, such as vegetables and legumes, and pastures, such as eggs and dairy products. Caciocavallo cheese, ricotta cheese and goat cheese are typical products of the area. These dairy products are tasty as appetizers and also suitable for many delicious recipes. Among the wild herbs, we point out the orapi, uncultivated mountain spinaches that grow spontaneously only in these areas. You can try orapi as a salad, boiled, in soups, as filling of fresh pasta or as a base for the dough of delicious gnocchi (cooked flour or potato balls). Finally, you cannot miss the pallotte cacio e ova, made of eggs, pecorino cheese and stale bread, then served with a tasty tomato sauce.