Sardinia: tour in 9 destinations from the North to the South

Sardinia is one of the most beautiful islands in the world. Do you dream of visiting it and don't want to miss the best destinations in Sardinia?

Sardinia is an island full of marvellous beauty and breathtaking views. How can you discover all the best in a single itinerary? We of Visit Italy will take you across the island to discover its territory, starting from Asinara to Capo Carbonara, in a journey through history, culture, cuisine, traditions and events for an incomparable experience. 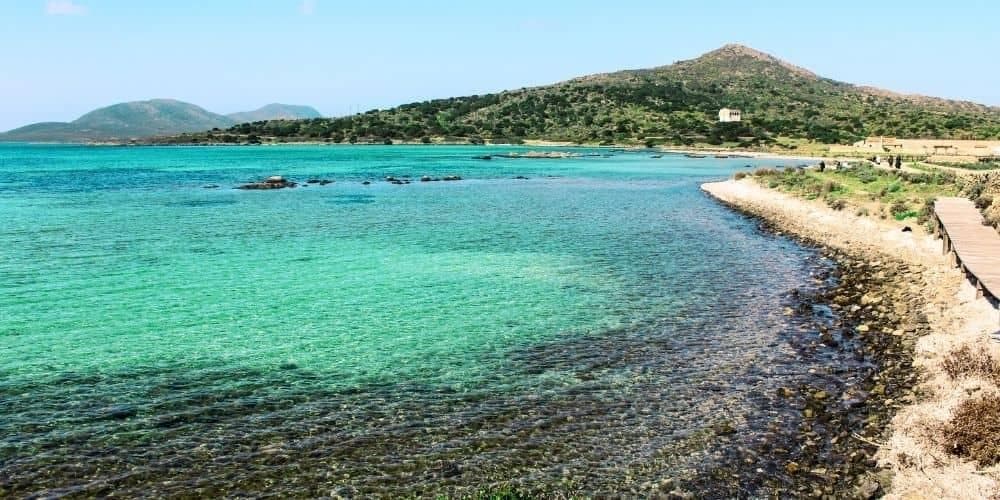 Our tour of the best destinations in Sardinia starts from the north-western tip of the island with the Gulf of Asinara. The Gulf of Asinara is located in the province of Sassari and is formed by the island of Asinara, Punta scorno (Asinara) to the West and Capo Testa to the East. It is not the northernmost tip of Sardinia but it is an obligatory stop from which to start.

The entire coastline of the Gulf of Asinara is dotted with beautiful and world-famous beaches that are part of several municipalities such as Stintino and Badesi. Among these beaches, we cannot fail to mention La Pelosa, Le Saline, Ezzi Mannu and Fiume Santo.

To these is added the Platamona beach, a beach of pure white sand and shells brought by the sea currents. Passing through Marina di Sorso, one arrives at the beaches of Castelsardo, particularly Lu Bagnu, one of the beaches with the best panoramic view of the entire gulf.

The gulf closes in Gallura with the so-called Costa Paradiso. It is characterized by small inlets and sandy coves, which can be reached mostly by boat. 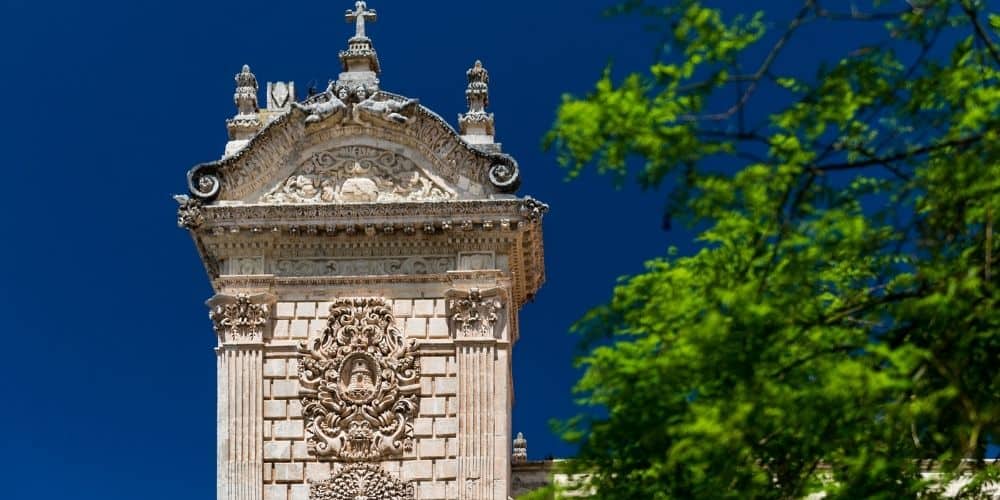 Sassari is one of the most important and largest cities in Sardinia and is the reference point for the northern part of the island. Its province is also extensive and hosts fascinating events related to tradition, music, local food and wine. If you don't want to miss them, keep an eye on the calendar of 'Salude & Trigu', a project of the Sassari Chamber of Commerce for the tourist promotion of events in northern Sardinia.

Sassari has its point of greatest interest in the large Piazza Italia and Corso Vittorio Emanuele. Two places where most of the city's life and history are concentrated. Among the monuments to visit there is undoubtedly the Cathedral of San Nicola, in the historic centre, along Corso Vittorio Emanuele. The cathedral has a Baroque facade, but a mainly Gothic structure. One of the oldest buildings is the Church of San Pietro di Silki which houses a manuscript code of great value, the Condaghe di Santa Maria di Silki, dating back to the origins of the city.

Worth mentioning is via al Rosello: one of the most important for the city and for those looking for shops for shopping and places where you can taste the Sassari culinary tradition.

After the Ponte Rosello, there is a famous seventeenth-century fountain, the Fontana di Rosello. It's a real symbol of the city. For fans of museum tours, the National Archaeological and Ethnographic Museum G.A. Sanna, which is one of the most famous in Italy, where many relics of Sardinian history are collected, from prehistoric times to the Renaissance. 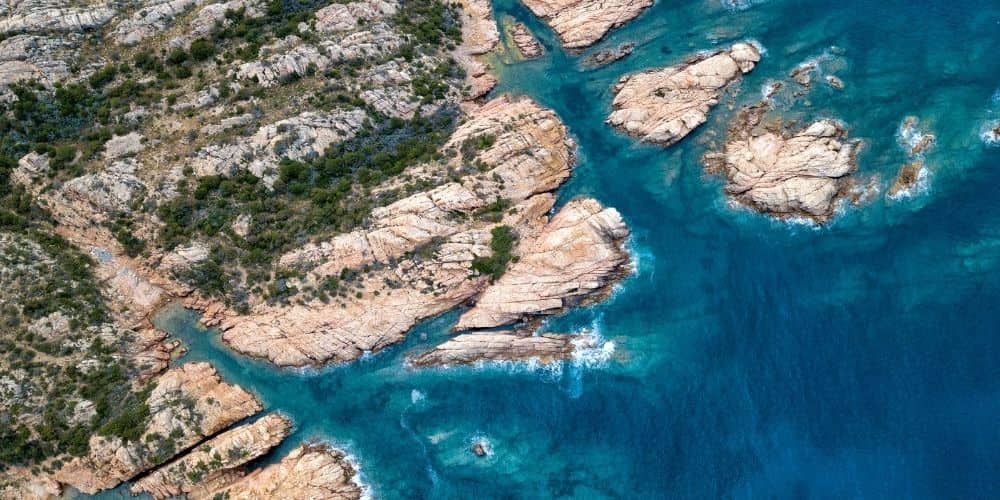 It is one of the best places for a holiday between the sea and relaxation with some of the most beautiful beaches in Italy. The beaches of Testa del Polpo and Cala Spalmatore are the most important. Cala Gavetta and its beautiful marina which has a breathtaking view are added to them. The entire La Maddalena Archipelago is included in the National Park of the same name: it is a protected area suspended between sky and sea. Around the island, there is a road that goes all the way around and that will allow you to enjoy suggestive views.

La Maddalena is connected to the island of Caprera through a bridge, the Passo Della Moneta, which offers a 600-meter walk surrounded by the sea. The island of Budelli is also found in the archipelago. of which you cannot miss the Pink Beach. The name derives from the colour of the beach which has this particular light red colour. After the La Maddalena Archipelago, a tour of the best destinations in Sardinia cannot fail to stop at one of the island's major ports: Olbia. Over the years, the so-called "happy city" has become a perfect mix between a holiday full of fun and the sea, but also of culture, history and tradition.

In fact, Olbia enjoys one of the best historical centres on the whole island. A place full of history and art from every century, especially the Basilica of San Simplicio and the church of San Paolo are not to be missed. To these is added the Archaeological Museum of Olbia, which houses the major finds from the prehistoric era in Sardinia. Of great interest is the great hall of the ships in which the skeletons of ancient ships are kept. Furthermore, the peculiarity of this museum is that it is totally free. If you are a museum lover, you cannot miss the tomb of the giants of Su Mont'e s'Abe, which is an archaeological site located in the territory of the municipality of Olbia. It is a huge funerary monument surrounded by greenery.

As mentioned, Olbia is also distinguished by its beaches and their variety. The beach of Pittulongu has very shallow waters and fine white sand that plunges into an azure sea. Also worth a visit are Bados beach with its sandy beach and rocks emerging from a shallow seabed, Dottore beach and many others.
The territory of Olbia also includes a series of twenty islets, many of which are so small that they are not inhabited. Among these, the most important is undoubtedly the island of Tavolara, linked to the myth of Poseidon and which hosts various events every year. 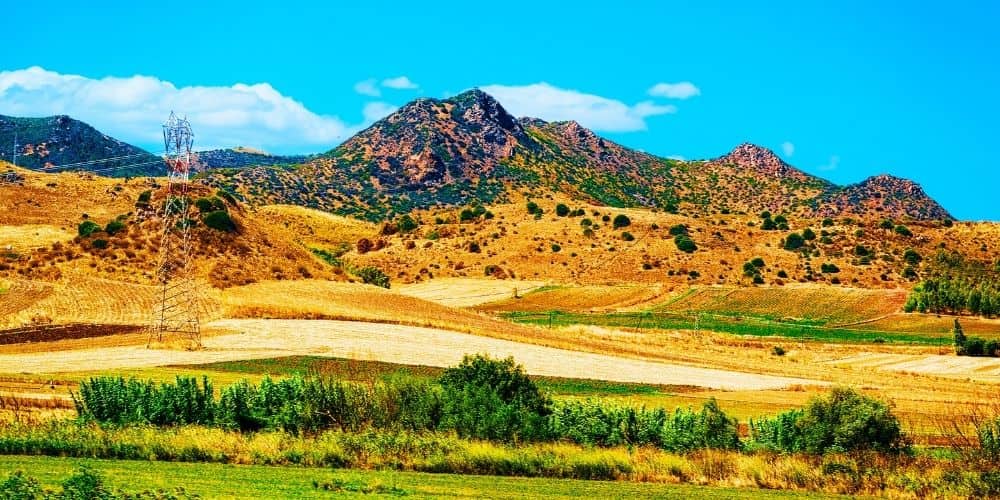 Nuoro is one of the most important cities and one of the best destinations in the interior of Sardinia. It has always been central to the island's cultural life, which is why it has been considered the Sardinian Athens since the 19th century. Its historic centre is a walk through narrow alleys and stone houses, courtyards, arcades and much more that tell the history of the city. Between the districts of Séuna and Santu Pedru is the Deleddiano museum, in honour of Grazia Deledda, Nobel Prize-winning writer and native of the place. The centre of Nuoro life is undoubtedly Corso Garibaldi, a few steps away you will find the cathedral of Santa Maria della Neve.

Also not to be missed is the Museum of Sardinian Life and Popular Traditions, which collects examples of traditional Sardinian culture, both material and immaterial. At the borders of Nuoro is the Ortobene mountain. It offers incredible landscapes and remains of prehistoric tombs, such as the Domus de Janas, and parks, such as that of Sedda Ortai. 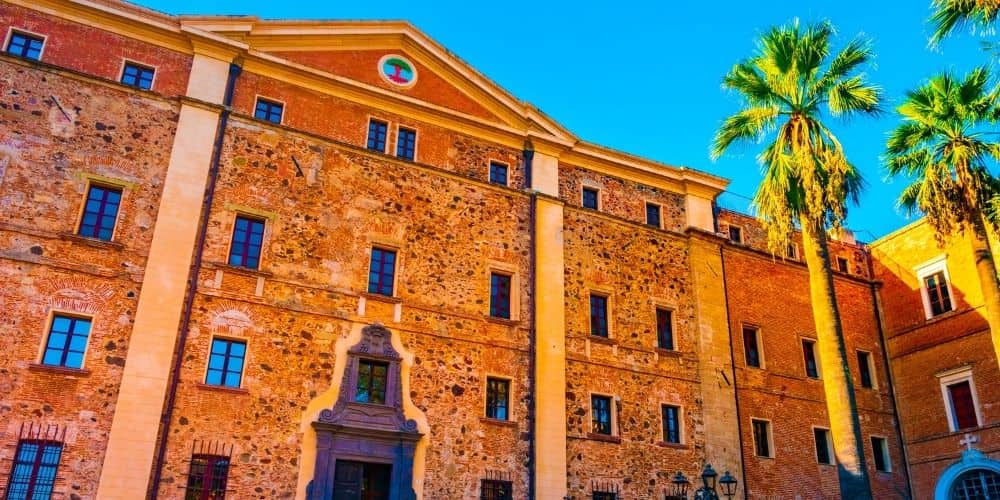 Oristano is one of the main towns in central-western Sardinia. The Sartiglia, an equestrian joust of medieval origin with 120 horse riders that takes place between Sunday and Tuesday of carnival, is one of its main attractions. Oristano had a leading role in the Sardinian Middle Ages. In fact, from the 10th century AD., it has been enriched with noble palaces, walls, strongholds and places of worship of Christianity.

In Piazza Eleonora, neoclassical buildings of value stand out: the church of San Francesco, the Corrias Carta palace and the Scolopi palace. In the historical centre we also find Palazzo d'Arcais, the church of Santa Chiara, one of the few Gothic structures in Sardinia, and the majestic cathedral of Santa Maria Assunta, that is the cathedral of Oristano, with a mixture of style starting from the first construction of 1130.

After visiting the city's monuments, you can have a typical Oristano lunch based on malloreddus with sausage, a type of pasta from traditional Sardinian cuisine, and, as a dessert, mustazzolus, lozenge-shaped sweets flavoured with lemon and cinnamon. 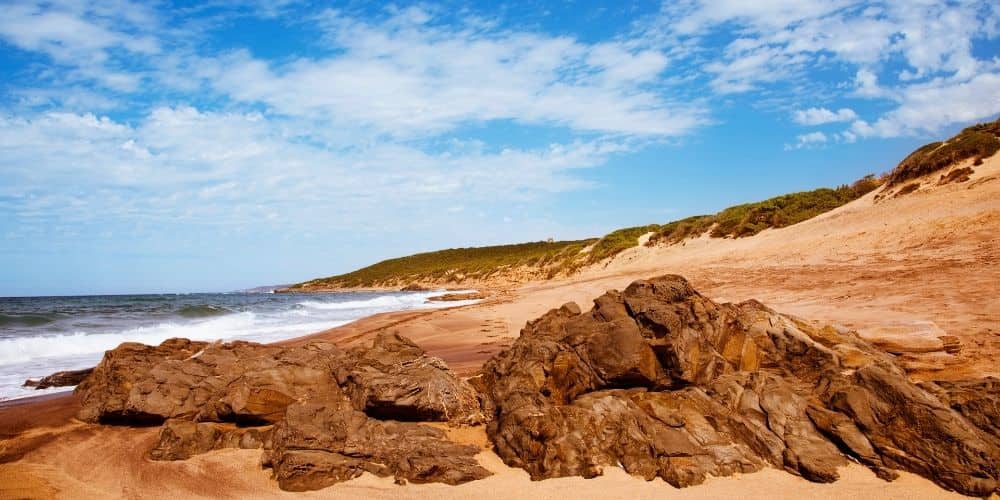 One of the smallest municipalities in the southwestern tip of Sardinia, Piscinas is a rural village of about 900 inhabitants. The earliest human evidence in its territory dates back some 7000 years, found in the Su Benazu cave, Monte Miana and the Tatinu rock.

Worth mentioning in this area are the dunes of Piscinas, which are one of the wildest places in Sardinia and one of the best destinations in the island. On the expanse of sand, you will also find the abandoned convoys and the tracks that came from Montececchio, an ancient mining town. In the dunes of Piscinas flows the Rio Piscinas, a stream known as the red river for the reddish colour of the water. The mine is easily accessible by following the tracks that lead to the beach.

Once in the south of Sardinia, we find the regional capital: Cagliari. The Phoenicians founded the city, but then it passed into the hands of the Carthaginians, Romans, Spaniards up to the Savoy. This versatility of different styles and cultures is perfectly told in its streets and buildings.

Among what to visit in Cagliari, we include the Cathedral of Santa Maria, a real treasure in Pisan-Gothic style and the Castello district, founded in the Pisan era where you can admire panoramic views and landscapes with a crazy view over the city. You can visit the La Marina district, a sort of multi-ethnic district full of shops, markets and places where you can try the Sardinian culinary tradition, and the Spampace district where you can visit the remains of an ancient Roman amphitheatre.

In the middle of the historic centre of Cagliari, you can admire the sticks of Saint Remy, built in the second half of the nineteenth century by the Savoy and which stand out throughout the city.

In addition to the immense historical tradition, Cagliari also offers beautiful seascapes such as the Poetto beach and the Saline, a habitat where the beautiful pink flamingos live.

The marine protected area of ​​Capo Carbonara is one of the southernmost points of Sardinia and this is where our tour ends. The area offers colourful landscapes with rocky coasts, beaches, lagoons and green areas, all in an ecosystem that has a unique balance between different species.

It is one of the best destinations in Sardinia, characterised by a wealth of plant and animal species that you can find only here and clear waters that touch beaches and headlands all along the coast.

In Capo Carbonara, you can have fun between natural and underwater excursions. You can reach Porto Giunco from Capo Carbonara. Here there is an incredible natural landscape, i.e. a beach between two promontories, surrounded by centuries-old junipers and by the Notteri pond which is home to the famous pink flamingos.

In the marine area, being protected, you can go on underwater excursions to view unspoiled and spectacular nature with particular marine species.