Piaggio's Vespa: everything you need to know about this Italian icon

On the 29th March 1946, one of the symbols of Italy's economic boom was officially launched: the Piaggio Vespa.

On the 29th March 1946, a new invention that would revolutionise the lives of Italians was unveiled in Rome for the first time in history: the Piaggio Vespa. The innovative moped was designed by Corradino D'Ascanio, an engineer from Popoli in Abruzzo, and was launched on the market by Piaggio, a company founded in 1884 in Sestri Ponente (Genoa) by Rinaldo Piaggio. In its early years, Piaggio was mainly involved in aeronautics, the war industry and rail vehicles, but gradually shifted its production towards a more commercial environment. D'Ascanio's patent marked a real turning point for the Ligurian industry, which had been seriously affected by the destruction of some factories by bombing during World War II, and led to its success and rise on the Italian and international markets.

But why did they call it 'Vespa'?

The unusual name (Vespa means wasp!) was given to the new means of transport by Enrico Piaggio, Rinaldo's son and his successor in running the company's Tuscan branch, due to the moped's striking structural similarity to the famous insect and its unmistakable buzzing sound. The new means of transport was boldly presented at the golf club in Rome in the presence of the commander of the Allied Forces, General Stone, causing great uproar and conflicting opinions among the public. Some were negative about the new vehicle, describing it as unreliable and underpowered, while others praised its innovativeness as a brilliant engineering invention.

From simple means of transport to a symbol of an era The success of Piaggio's Vespa has been extraordinary, with more than sixteen million units manufactured since 1946. "Hundreds of thousands of swarms have buzzed" on the streets all over the world and have represented, especially in Italy, one of the most important symbols of the Economic Boom and the so-called "society of well-being". From the cinema to everyday life, from the journey to work to a picnic with the girlfriend, the Vespa has accompanied millions of Italians on their lives. And not only that. D'Ascanio's project has also received the honour of being included in the collections of the Museum of Italian Design at the Triennale in Milan and the MoMa in New York, as an illustrious example of brilliant Made in Italy creativity. A beautiful page of Italian history that we suggest you delve into by seeing if you have not already done so, a fiction produced by RAI (Radio Italian Television) in 2019 Enrico Piaggio. Un sogno italiano (An Italian Dream), directed by Umberto Marino and starring Alessio Boni, Roberto Ciufoli and Violante Placido.

The Vespa and the cinema 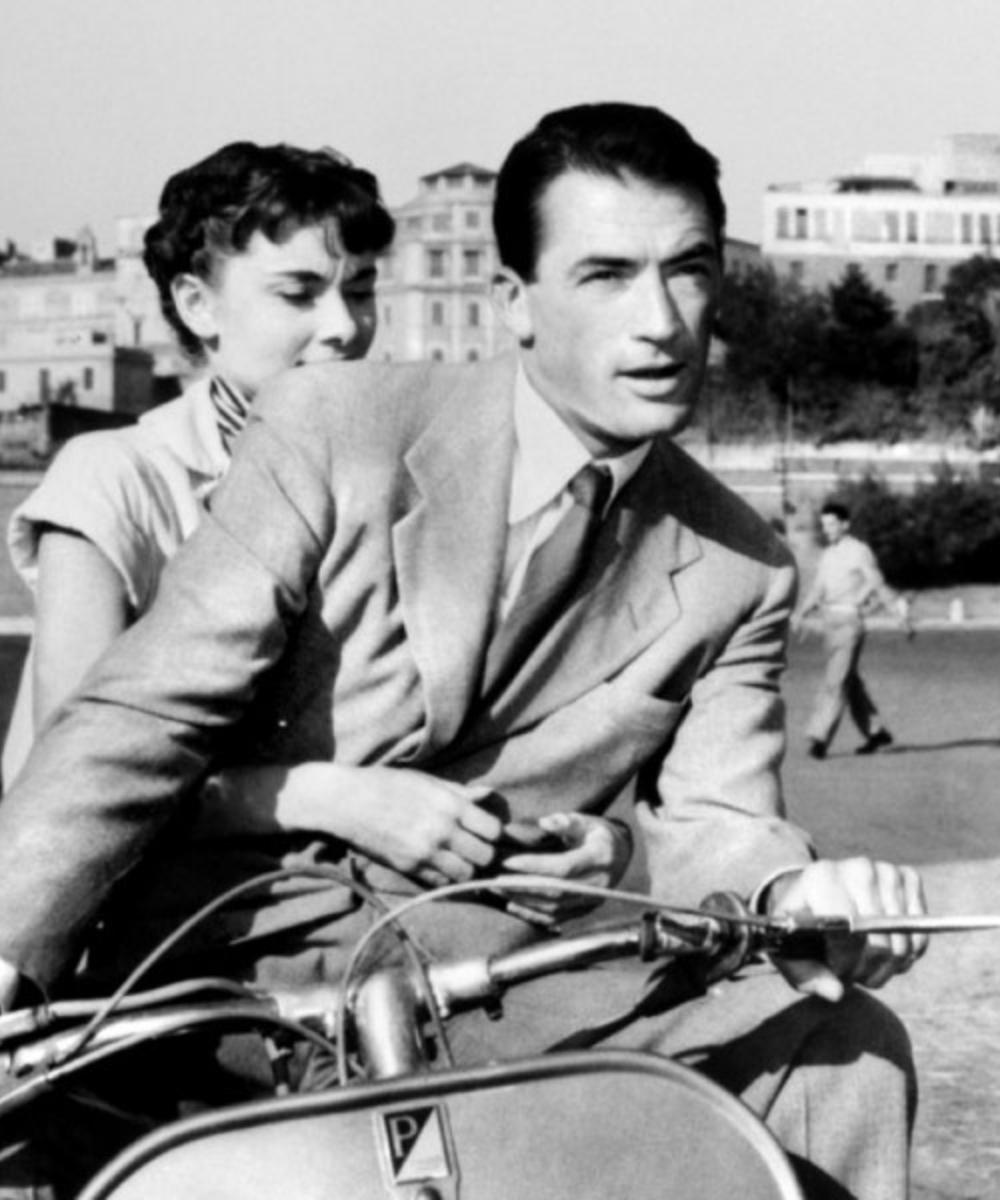 The small moped has not only become part of our lives, but it has also become a real movie star. What comes to mind when you think of the film Vacanze Romane (Roman Holiday)? Almost certainly, the scene in which Audrey Hepburn and Gregory Peck speed through the alleys of Rome as if that Vespa were a white horse riding the dreams of a princess discovering a new world, together with her prince charming. This 1953 masterpiece is only the beginning of the Piaggio Vespa's many appearances on the big screen. It "starred" in more than a thousand films, first and foremost La Dolce Vita in 1960 with Marcello Mastroianni and Anita Ekberg, an unforgettable masterpiece by the great Italian director and screenwriter Federico Fellini. Up to the present day. Her most recent "roles" include, for example, those in Alfie with Jude Law, The Interpreter with the beautiful Nicole Kidman, Transformers, where she also becomes a humanoid robot, and The American with George Clooney.

The whole world has wanted her, from Hollywood to Bollywood to Made in Italy productions. Many cinema greats have desired her in the cast of their films, from Spielberg to Hitchcock, from Pollack to Monicelli, from George Lucas to Nanni Moretti, to the great Giuseppe Tornatore, who included her in his masterpiece Cinema Paradiso, to name but a few. And so it is that, from one clapperboard to another, the little scooter's sparkling 'film career' has become something unique. Today, we can proudly say that it is the Italian design object and vehicle most frequently featured in films over the last sixty years, even becoming more famous than the traditional symbols of Italian iconography. The Vespa has become so important in the lives of Italians that songs have been dedicated to it, inspiring unforgettable verses and choruses. In 1999, singer Cesare Cremonini and his band Lunapop made their debut on the Italian music scene with a song that became a real hit, entitled 50 Special. But that's not all: the world-famous Gianni Morandi starred in a Vespa 50 TV commercial. Among the hundred best DJs globally, the famous Italian electronic music duo Mark and Kremont played a tour to promote the electric Vespa. This event took in some of the most important European cities.

So what are you waiting for? Whether old or new, if you own a Piaggio Vespa, celebrate the occasion with a ride around town, beating your horn in unison!