Discovering some of the most delicious dishes of Sicily, one of the Italian regions most linked to tradition, from first courses to world-famous desserts

Sicily, as well as its natural beauty, is known for its good food and for some special recipes that everyone wants to taste and that chefs all over Italy replicate in their restaurants to make those unable to travel to Sicily try them. With a few variations, these recipes also have 'Neapolitan versions', such as the delicious arancino/a.

Sicilian cuisine certainly has a strong trace of the mix of cultures having influenced Sicily for centuries and some recipes are the same as those prepared many years ago. It is, therefore, a type of cuisine that looks very much to tradition and because of the skill it is still prepared with, it also comes to be a strong tourist attraction.

Below is a list of five typical Sicilian dishes, all of them delicious and to be tasted at least once in life!

Pasta alla Norma is a dish of pasta (mostly macaroni) topped with tomato, fried aubergines, salted ricotta and basil. It is a dish linked to the city of Catania and is so important within the Sicilian tradition that it has even earned itself a 'National Day of Pasta alla Norma', set for 23 September.

About the name of this tasty recipe, there are various versions. Some say that Norma is a reference to Vincenzo Bellini's opera of the same name. Someone else thinks that Norma means 'a preparation made to perfection. For those who believe the first version of the story, it seems that the Sicilian playwright Nino Martoglio, tasting this delicious dish, found that the only possible comparison was with Bellini's famous opera. A true music for the palate, in short. 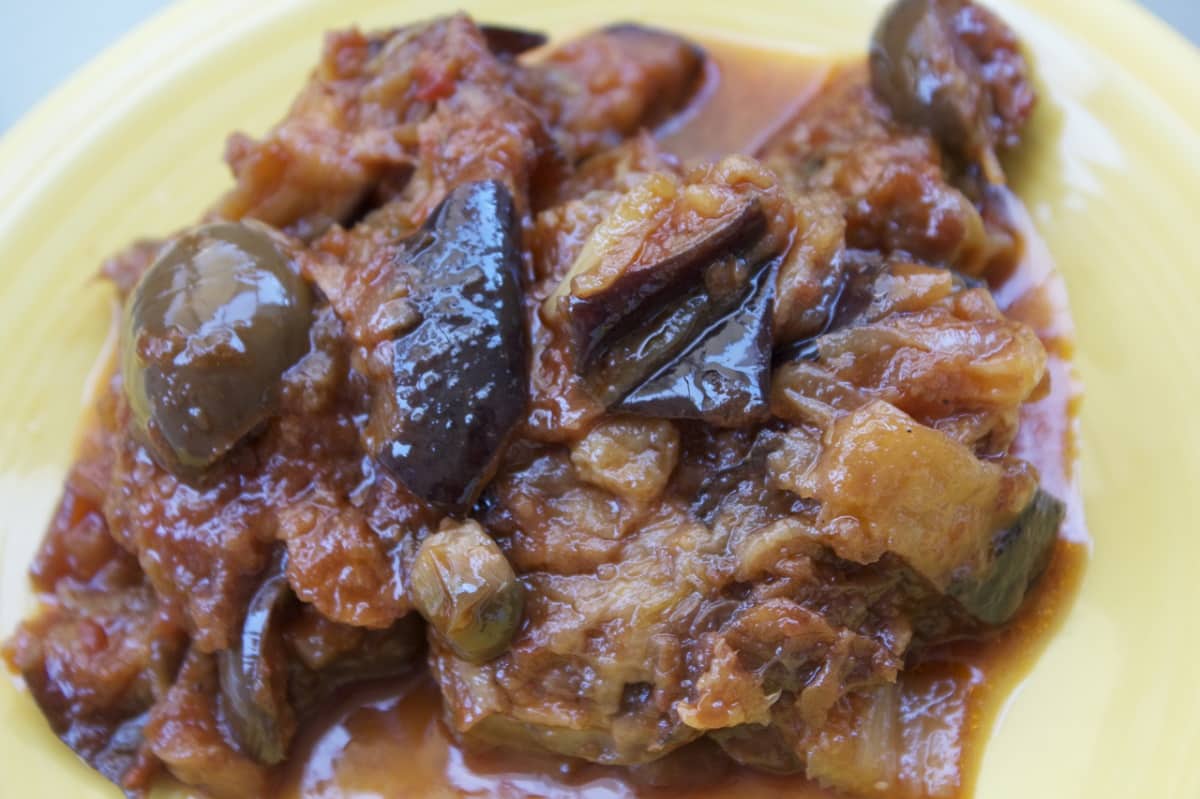 Caponata (capunata in Sicilian) is a typical dish, but it has several variations, with ingredients added or removed depending on which Sicilian city you are in. Basically, it is a dish of vegetables (including the ubiquitous aubergines), dressed with tomato sauce, celery, onion, olives, capers, sugar and vinegar.

The vegetables in caponata are generally fried and then pan-fried with sugar and vinegar, a process that creates an inimitable sweet-and-sour taste. Today it is used as a side dish or appetizer, but it can also be served as a main dish, accompanied by bread.

The etymology of the name refers to the Spanish "caponada", although the popular tradition leads "caponata" to "capone", the name with which in some parts of Sicily is called the lampuga, a fish that the nobles ate with the sweet and sour sauce of caponata. Legend has it that since the common people could not afford to buy the fish, they decided to replace it with more affordable aubergines. 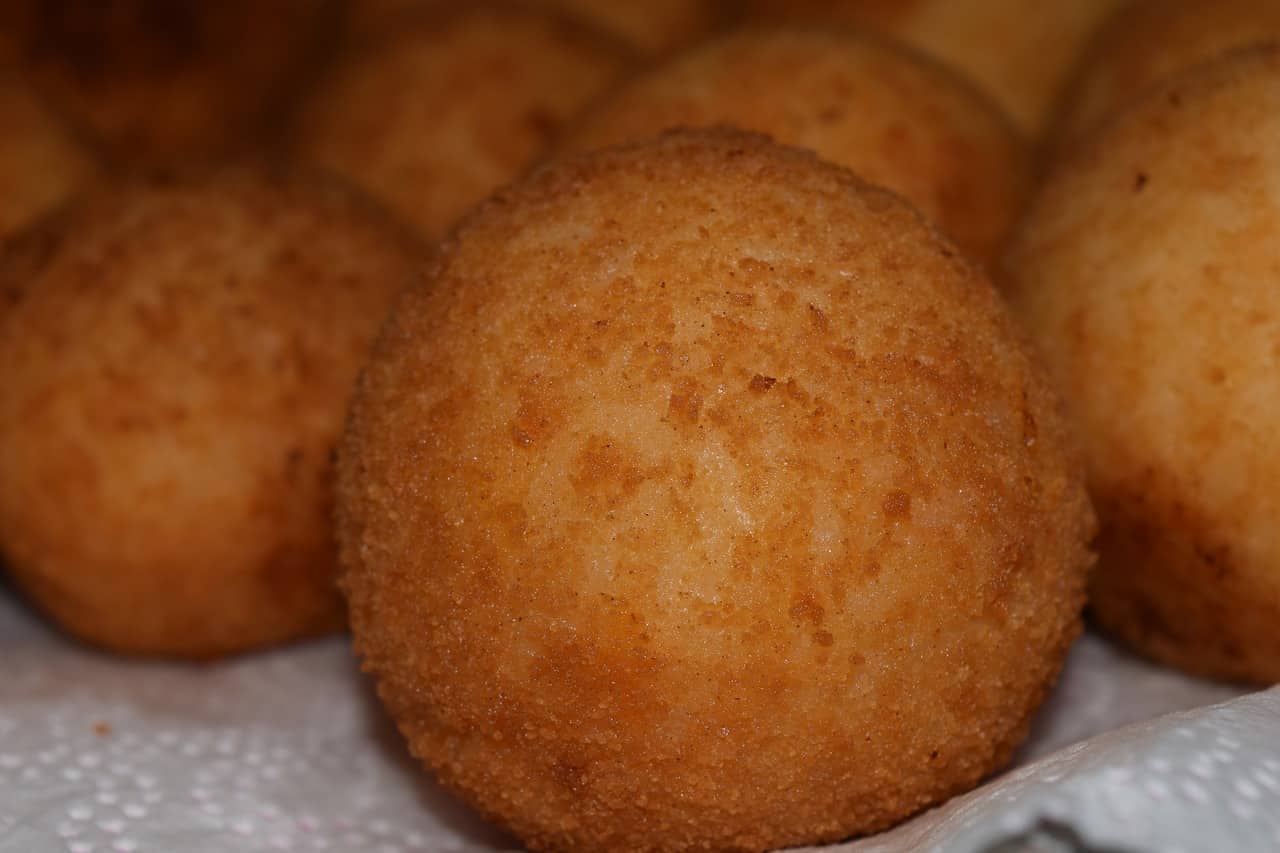 The arancino (also known as arancinu or arancina) has become, also thanks to the advent of various programmes dedicated to regional cuisine, the true symbol of Sicilian street food. All the big cities claim the paternity of this tasty rotisserie product and, even on social networks and on TV, the question is always open.

The arancino/a is a ball or cone of breaded and fried rice, 8-10 cm in diameter, generally filled with meat sauce, peas and caciocavallo cheese, or diced cooked ham and mozzarella. The name derives from the original shape and typical golden colour, which may bring to mind an orange, but in eastern Sicily arancini are often conical, symbolising Etna.

There is no certainty about the origins of this recipe, but it is thought that it may date back to the Middle Ages, particularly the period of Muslim rule, when the custom of eating rice and saffron seasoned with herbs and meat was introduced to the island. 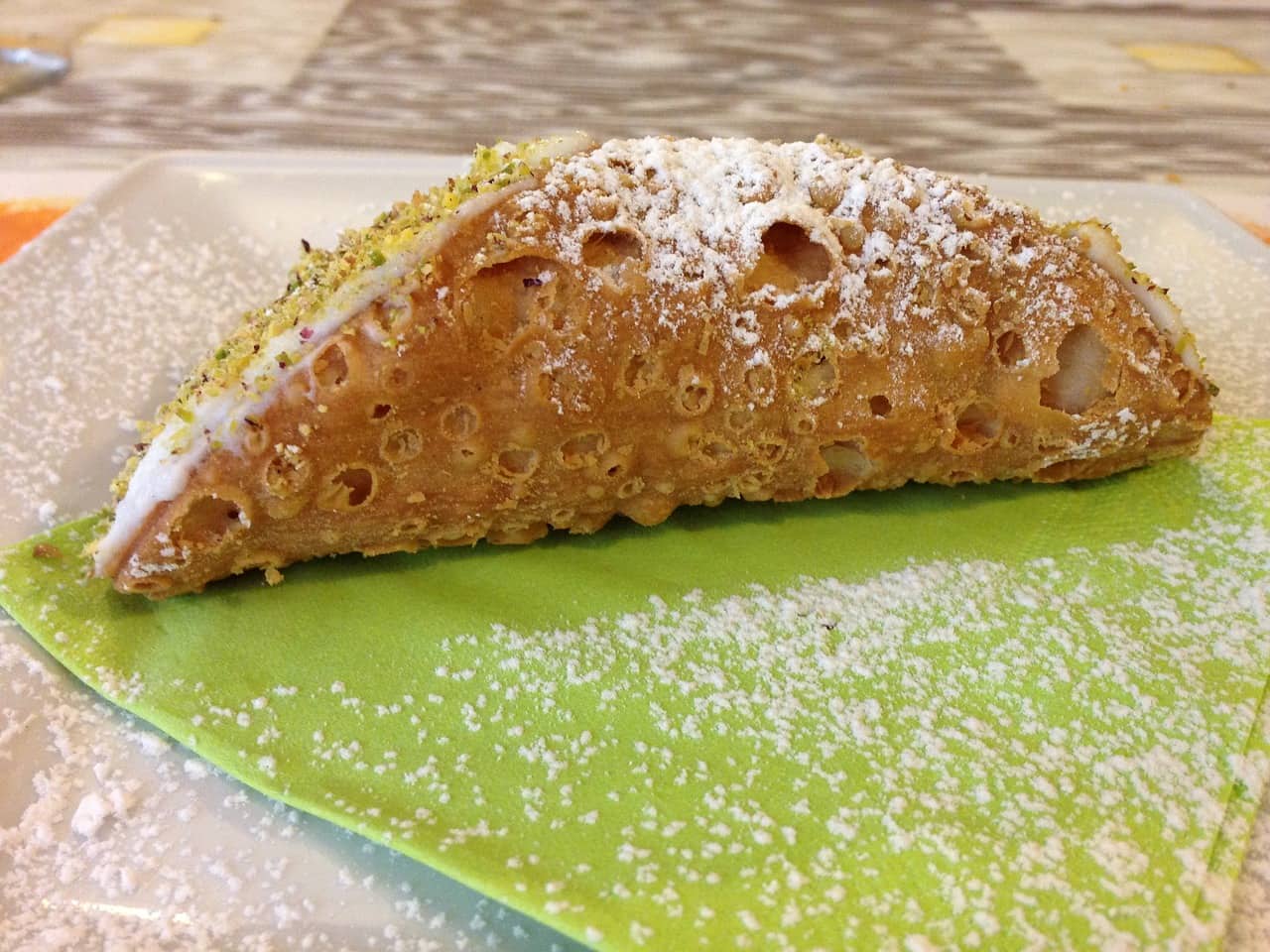 The Sicilian cannolo is one of the tastiest traditional Sicilian pastries. This dessert was originally made during the Carnival period, but over the years it has ceased to be linked to a particular occasion and has begun to be made at any time of the year, extending its fame throughout the world.

The creation of the Sicilian cannolo can be traced back to the Arab domination of Sicily (from 827 to 1091). Apparently, the first to make the delicious dessert were the nuns of a convent near Caltanissetta.

The cakes consist of fried wafers in the shape of a tube, filled with sheep's ricotta cream and chocolate drops. The wafers are then sprinkled with icing sugar and dried fruit grains (pistachios, candied orange).

Although it was created in Caltanissetta, the cake owes much of its fame (and consequent spread) to confectioners in Palermo and Messina, who created a variant with dark ricotta and chocolate cream.

About the name, however, there are several theories about it, but according to the oldest one refers to the river reeds to which the wafer was rolled until a few decades ago during its preparation. 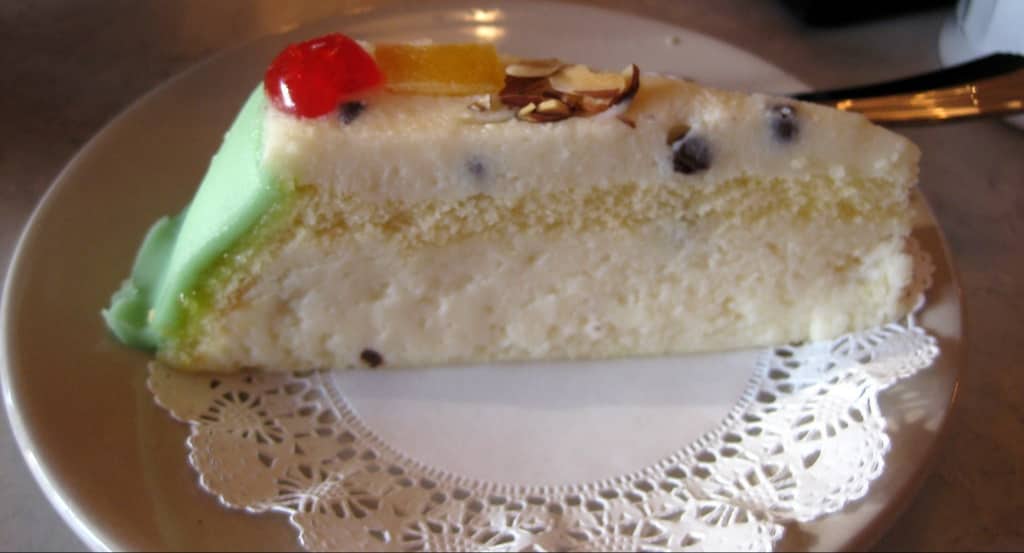 Sicilian cassata is a fantastic cake made with sweetened ricotta (usually sheep's milk), sponge cake, royal pastry and candied fruit. It is an immediately recognisable cake because of its rich decorations. The first cassatas, made as an Easter cake, were simple shortcrust pastry shells filled with sweetened ricotta cheese and baked in the oven. When royal pastry was later invented, the shortcrust pastry was replaced with this richer, green-coloured mixture. Chocolate, however, was not introduced until the Spanish.

It seems that the name cassata derives from the Arabic "Quas'at", which means big basin, because of the large container used to mix ricotta cheese and sugar.

There are many variations of cassata, depending on which Sicilian region you are in. More modern versions include, for example, small cassatine, zuccotti cassata and rolls.

It seems that it takes three days for the original cassata to be perfectly made: the first day the sponge cake base and the cream filling are prepared; the second day the various layers are assembled; the last day is dedicated to the frosting and decoration.