Arancini are among the most popular Sicilian recipes in the world. Whether traditional or gourmet, the beloved rice ball continues to be eaten by all.

Arancini can be rounded or cone-shaped. There is an almost age-old debate about their name because they are called arancine in Palermo and the western part of Sicily, arancini in Catania and the east side. The debate about the name seems to come to no conclusion because there is no official evidence to prove the correct pronunciation. Etymology leads one to believe that the name derives from its shape, like that of an orange.

Historically, one of the earliest records about this dish can be found in Giuseppe Biundi's Sicilian-Italian Dictionary (1857), where he mentioned the arancinu, a sweet dish made of rice and shaped to resemble both an orange and an apple. So initially the arancino was a dessert. There is not an inventor of the arancini since they are food born from popular tradition and which have undergone many transformations throughout history. The versions that we enjoy today are nothing more than the result of many variations. However, it is possible to place the beginning of the preparation and consumption of the first prototypes of the arancini at the time of the Arab domination of Sicily (827-1091). Arabs used to eat rice timbale (invented by the emir Ibn al Thumna) flavored with saffron. During banquets, there was a tray placed at the center of the table, full of saffron rice, eaten by rolling it in the fist and seasoning it with lamb and vegetables. The typical breading come later, with the reign of Frederick II, because the breading would have ensured excellent preservation of the rice and seasoning, as well as better transportability. Indeed, initially, arancino was considered mainly a take-away food, eaten by workers during countryside works or hunting. After the discovery of America, tomatoes were also introduced as an ingredient, and, over time, they were used to prepare the ragù, which is used today as one of the main ingredients. There is also a day to celebrate the arancino (called Arancin* day): 13 December, which coincides with the celebration of Saint Lucia. No bread or pasta for that day on which, according to Christian tradition, when the martyrdom of Saint Lucia took place. In Sicily, people eat only arancini (and cuccia, which is another typical Sicilian preparation). On 13 December, only rice (hence the arancini of all flavors and shapes), vegetables, and pulses, as the girls of the people believed they helped to have beautiful eyes (Santa Lucia is considered the protector of eyes). 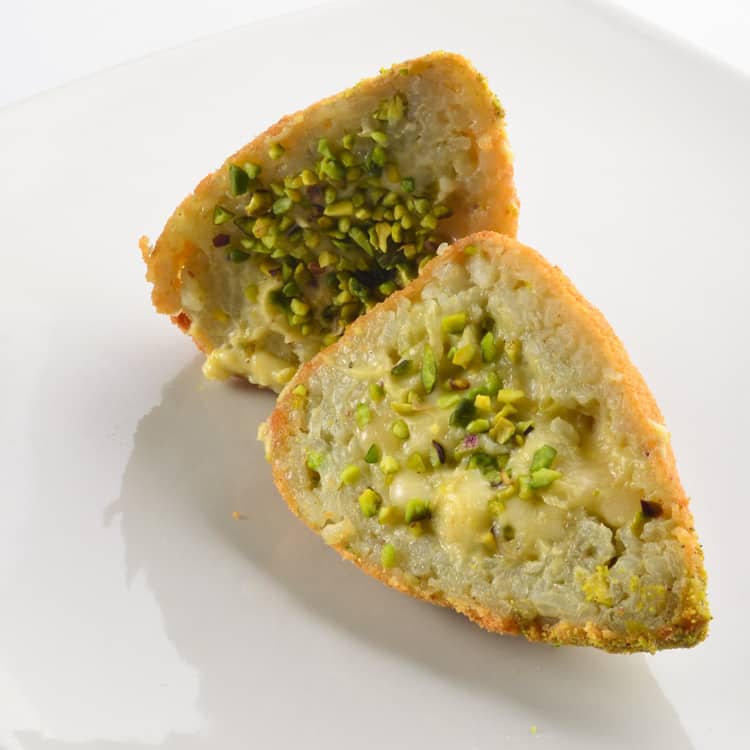 The Ministry of Agriculture and Food in Italy has included the "arancino di riso" in the list of PAT (Traditional Italian Food Products). The versatility of the arancino has been exploited for various culinary experiments. The most popular arancini in Sicily are those with meat sauce (with peas and carrots), those with butter (with mozzarella and ham), and those with spinach (also topped with mozzarella), while in Catania are popular the arancino alla catanese (with aubergine) and pistachio of Bronte. The arancino can be traditionally salty, or sweet with cocoa and sugar, pistachio cream, or gianduia. 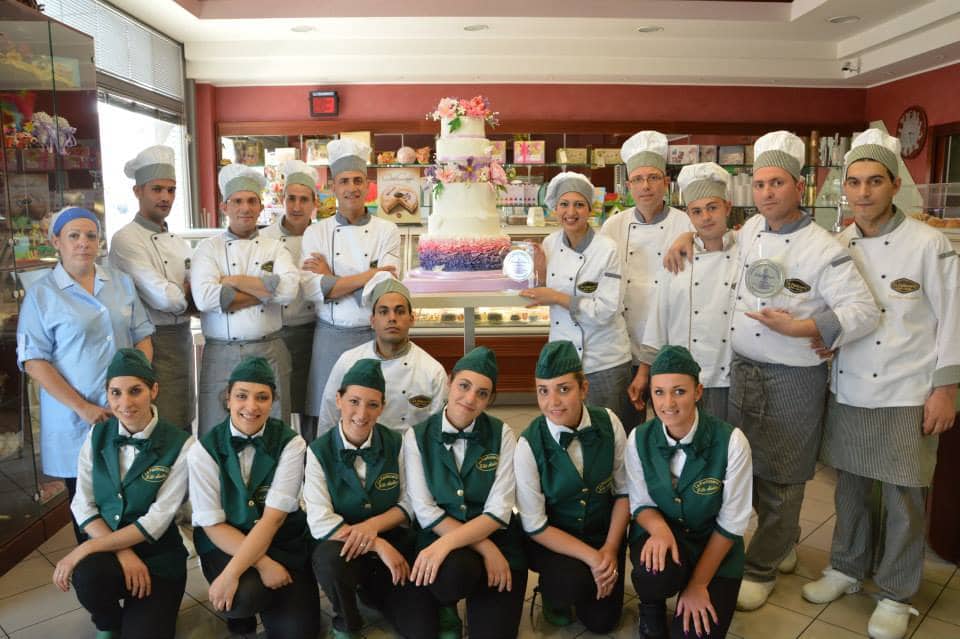 If you are looking for quality products, handmade and creative preparations La Pasticceria by the Aiello Bros. will be your point of reference. Their motto, "La Pasticceria is a team, but above all, it is a family" has been combining professionalism and love since 2003 in a unique culinary experience at their business location in Sant'Agata lì Battiati on the slopes of the Etna Volcano overlooking the Gulf of Catania. Beyond the sweet preparations that have always celebrated Sicily, their Sicilian arancini are carefully prepared not only in taste but also in their shape. The numerous variations can satisfy different tastes and palates, from the simplest to the most refined, tasting for example the arancino mushrooms and five cheeses or the arancino alla norma. All the ingredients come from the Etnean territory surrounding the pastry shop itself, so they are zero-miles ones, always fresh and of high quality. The golden and crispy breading contains different shapes, chosen ad hoc to distinguish and give personality to each arancino.