Mount Etna is one the most famous volcanoes in the world. Let's find out why UNESCO included it in the World Heritage List

Mount Etna is the most famous of the Sicilian volcanoes. The locals call it Mongibello, or a muntagna and feel a mix of love and awe for it. It couldn't be otherwise. Its profile has always characterized the landscape around the wonderful Catania and its spectacular incandescent lava flows inspire wonder and dismay at the same time.

Mount Etna is in fact the most active volcano in Europe. It's also the most famous Italian volcano in the world, together with Mount Vesuvius, and it is certainly the highest, with the summit that reaches up to 3350 meters.

However, it's not only thanks to these records that UNESCO has included it in the World Heritage List, since Etna has a lot more to offer to tourists, enthusiasts and scholars.

And from up there, from the three thousand meters of Etna, Sicily is a three-pointed star in the overturned sky of its ancient sea

On the slopes of Etna a harsh, apparently even hostile territory extends, which however preserves an immense beauty. The presence of man here is minimal so the environment has remained almost unspoiled over the centuries. This is indeed one of the reasons that led UNESCO to declare Mount Etna a World Heritage Site.

Its lunar landscapes offer a unique experience, inside a conservation area that stretches for kilometers, to ward some truly unique places.

The caves, for example, are more than 200, dug over time by the rivers of lava. In ancient times they were already known and used as places of worship, burial or even as icehouses to store the snow in summer. One of the most popular is indeed Grotta del Gelo, which means Ice Cave.

If you love long walks, don't miss the charm of Valle del Bove, a natural amphitheater born about 10,000 years ago following a violent eruption. Here, in 1991, a vent has opened that produced a spectacular lava river that stopped flowing only in 1993. The valley is also a natural basin where the lava is collected, thus protecting the villages on the eastern side of Mount Etna. Although there are some marked trails, a hike in this area is more suitable for experts, due to the very steep slopes. In any case it's advisable to go with a guide.

The trips on the south side are easier. This is where the Sapienza Refuge is located, an equipped area from where start many paths accessible to all. You'll be in the heart of the Silvestri mountains where are two large eruptive mouths, but also a ski resort. What is truly unique, however, are the silence and the incredible views  you can enjoy from the crest of the mountains, which here reach up to 2500 meters. 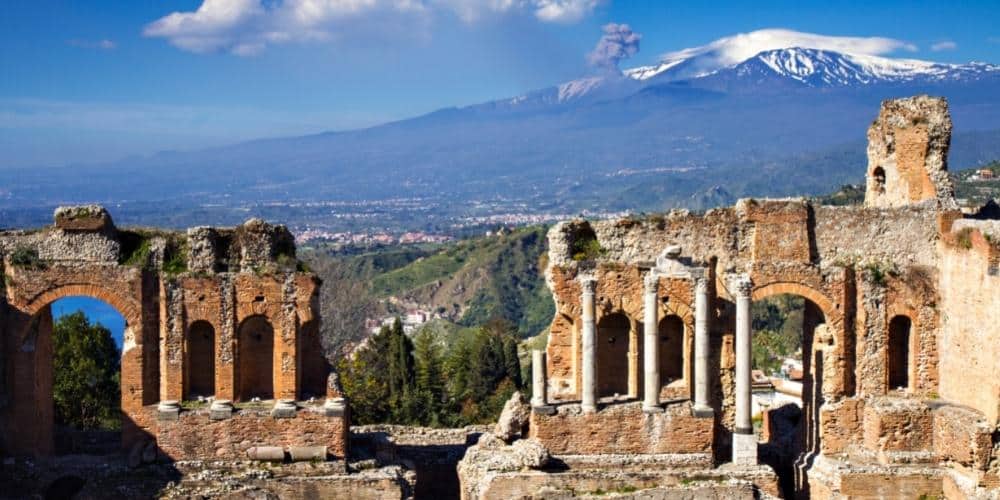 Although Mount Etna is a very active volcano, a thriving community, rich in history and tradition, has always lived on its slopes, making a substantial contribution to volcanology.

Nowadays, in the Benedictine Monastery of San Nicolò La Rena, there are a volcanology museum and a library. This monument, which is of great importance for its historical and architectural value, is also the seat of the Etna Park Authority and hosts many cultural events or events dedicated to environmental education. In the same area there is also the Bank of Germplasm, where Etna's plant genetic wealth is kept.

The enogastronomic heritage is also a fundamental part of the local culture, because it makes Sicily cuisine one of the best ever. The area produces not only some of the most renowned wines in Italy, such as Etna DOC, to which one of the many Wine Routes of the country is dedicated, but also a very high quality extra-virgin olive oil, also with PDO status. And what about Bronte pistachios? They are celebrated and loved all throughout Italy and can be used in every recipe, sweet or savory.

I had heard of the wonderful iridescence of the aurora on the Ionian Sea, when it's contemplated from the summit of Etna. I decided to undertake the ascension of that mountain; we passed from the region of the vineyards to that of the lava, then of the snow 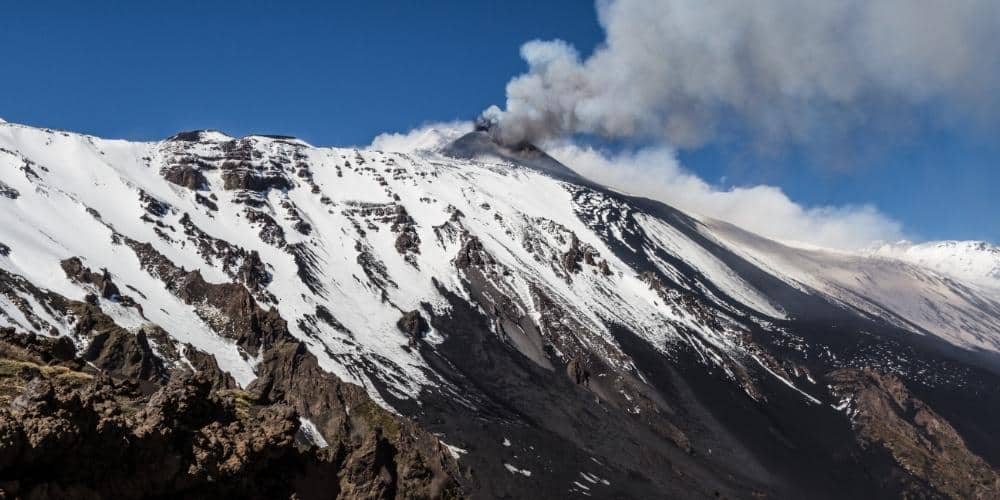 So far we have known the huge natural and cultural wealth of a place that's an unmissable destination for tourists, but there is more.

The volcanic activity in the area has been continuously observed and documented for at least 2700 years. The ancients explained it with the legend of the giant Enceladus, trapped by Zeus under the mountain, then, as centuries went by, mythology has obviously made room to science.

Thanks to this Mount Etna is now a source of informations that has no equal, as well as an unprecedented case, prompting the UNESCO commission to declare it one of the most emblematic volcanoes in the world and, as we can read in the official motivation, "an extraordinary example of geological processes". In 2013, therefore, Etna officially entered the list of world heritage assets, joining the other UNESCO sites of Sicily, after a process that lasted two years.

Unlike what happens with other active volcanoes, visiting and studying Mount Etna is easy and relatively safe. The eruptions, although basically incessant, are not of an explosive type.

The contribution that Mount Etna can provide to volcanological science, but also to geophysics and research in general is invaluable. This volcano is therefore, as UNESCO commission says, "a privileged destination for research and education".