Venice: the Elegance of every historic Palace Is reflected In the Water

Venice is synonymous with elegance because the details of every historic palace resemble those of the lace reflected in the water. The city of the Doges is mirrored as the vain do, as those who know they have a Beauty that does not fade with time, and the facades of the ancient patrician residences that wind along the canals are witnesses of a priceless history.

LIVING IN VENICE: BETWEEN MAGIC AND LUXURY

Venice is a city that, like no other, can give you the feeling of being a world apart from everything else, and it is easy, strolling through the calli and bridges, to imagine that you belong to a noble family that lived in a marvellous palace during the splendour of the Serenissima. Who knows what it was like to live in luxurious flats with high ceilings and precious objects, servants, parties and formalities dictated by the etiquette of the high society of the time… Choosing between the many beauties that Venice has to offer is a difficult task, but in this article we want to help you give a name and a soul to some of the enchanting buildings that are reflected in the water.

CA' VENDRAMIN CALERGI: THE SEAT OF THE VENICE CASINO

If we were to imagine taking a gondola ride along the Grand Canal, our attention would easily be drawn to a beautiful palace in patrician Renaissance style that Gabriele D'Annunzio described as "A cloud effigy resting on the water": Ca' Vendramin Calergi. Its construction dates back to the early 16th century and among its owners various noble families succeeded, it also was the residence of Doges and the last home of Richard Wagner; its construction saw the contribution of illustrious artists such as Giorgione and since the 1950s it has been home to the Venice Casino. The Wagner rooms, which can be visited by appointment, house a marvellous collection of objects dedicated to the composer, documenting his relationship with Venice, the city he loved.

CA' PESARO: THE MAJESTY OF THE BAROQUE

As we continue to be carried along the slender waves of the Grand Canal, we come to Ca' Pesaro, a sumptuous, Baroque palace, considered one of the most important Venetian palaces for its grandeur and decorations. Its design was entrusted to the famous architect Baldassarre Longhena, who died before seeing his work completed. In 1710 the wealthy Pesaro family could have the majestic palace they had been waiting for for almost sixty years, with its façade embellished with bas-reliefs, statues and round arches. It is a pity that little remains of the original richness of the rooms, except for a few decorations and frescoes, but we can admire the works of the International Gallery of Modern Art on the first and second floors and the Museum of Oriental Art on the third floor.

CA' D'ORO: THE CASKET OF BEAUTY Golden like the colour of the sun reflected in the slow movement of the lagoon at sunset. The palace is so called because this beautiful late-Gothic style noble residence once actually had a facade decorated with gold trim. Perhaps it was destiny that this luxurious residence was born to house precious things: today it is home to the Giorgio Franchetti Gallery, a tribute to Beauty by a man who was in constant search of perfection and the universality of Beauty. The art collection contains works of enormous value, including an absolute masterpiece, Andrea Mantegna's painting of Saint Sebastian, as well as an important section dedicated to ceramics.

THE MONUMENTAL RESIDENCE OF CA' REZZONICO

We are in the middle of the 17th century and the noble Bon family wanted to build a grand palace that would be admired by all and so chose the most famous architect of the time, Baldassarre Longhena, to carry out this project. However, he did not finish the work in time until almost a century later, when Giambattista Rezzonico (recently admitted to the Venetian aristocracy) bought the building and entrusted the great Giorgio Massari with the task of completing the work. The result was a monumental residence with a grand staircase of honour and a ballroom decorated by many talented artists. Today the façade of Ca' Rezzonico is another of the jewels that adorn the Grand Canal and the palace houses the Museum of 18th century Venice, the Mestrovich Collection, the Ai Do San Marchi Pharmacy and the Egidio Martini Art Gallery, an important donation of the scholar to the city.

CA' FOSCARI AND THE UNIVERSITY OF VENICE 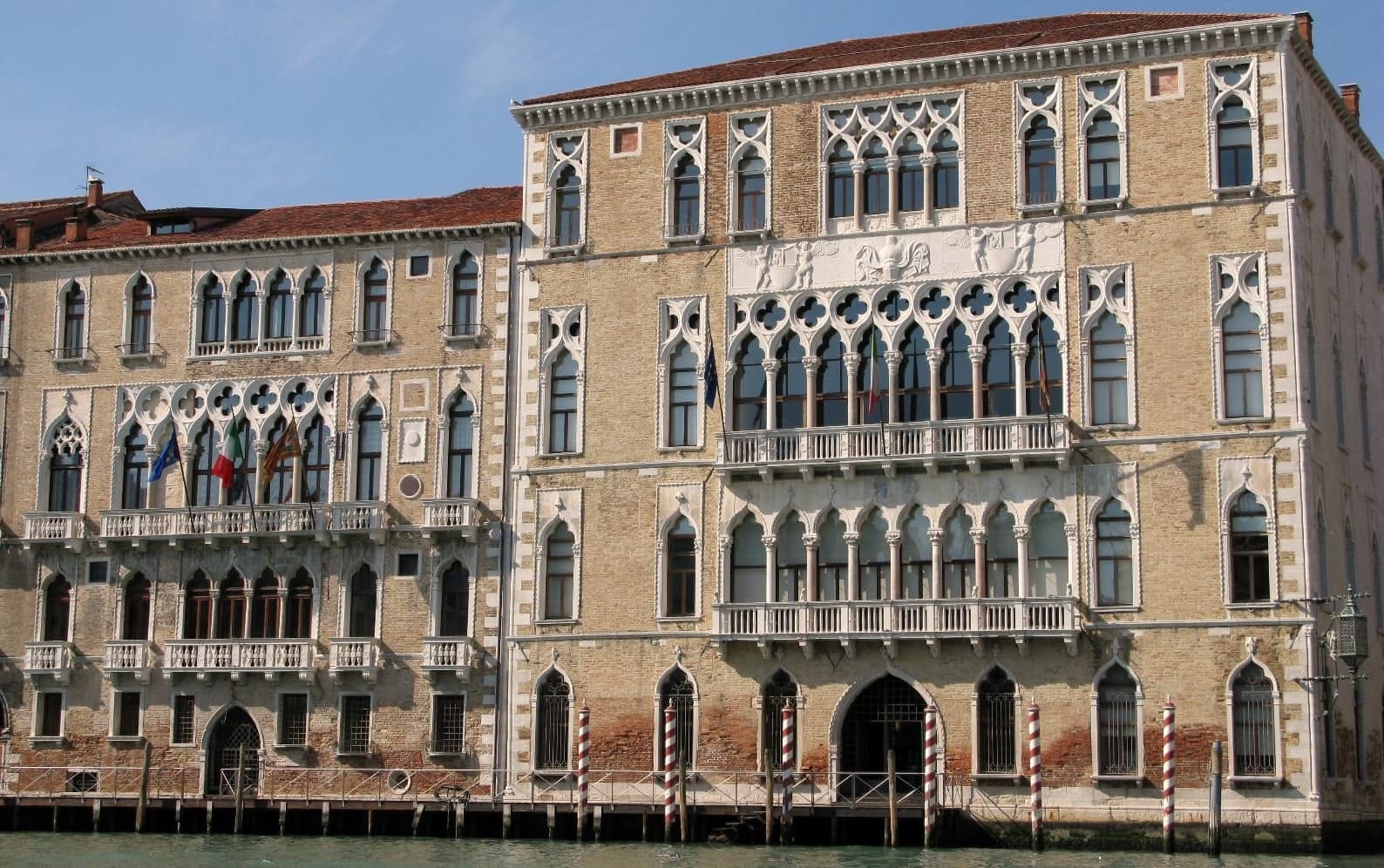 Everyone knows it as the seat of the Venetian university of the same name, but Ca' Foscari has much to tell about its past, linked to a complex game of alliances and betrayals between noble families in the struggle for power. Where today's Palazzo Foscari stands, in the first half of the 15th century there was the House of the Two Towers and its ruler was Gianfrancesco Gonzaga, who betrayed the Serenissima and his palace was given to Francesco Sforza. When he turned his back on Venice, Doge Francesco Foscari bought the property, had it destroyed and wanted a new building in its place, to be more beautiful and imposing than the first, which over the years hosted European sovereigns and illustrious diplomats, parties and ceremonies.

GRASSI PALACE: THE SUNSET OF THE SERENISSIMA 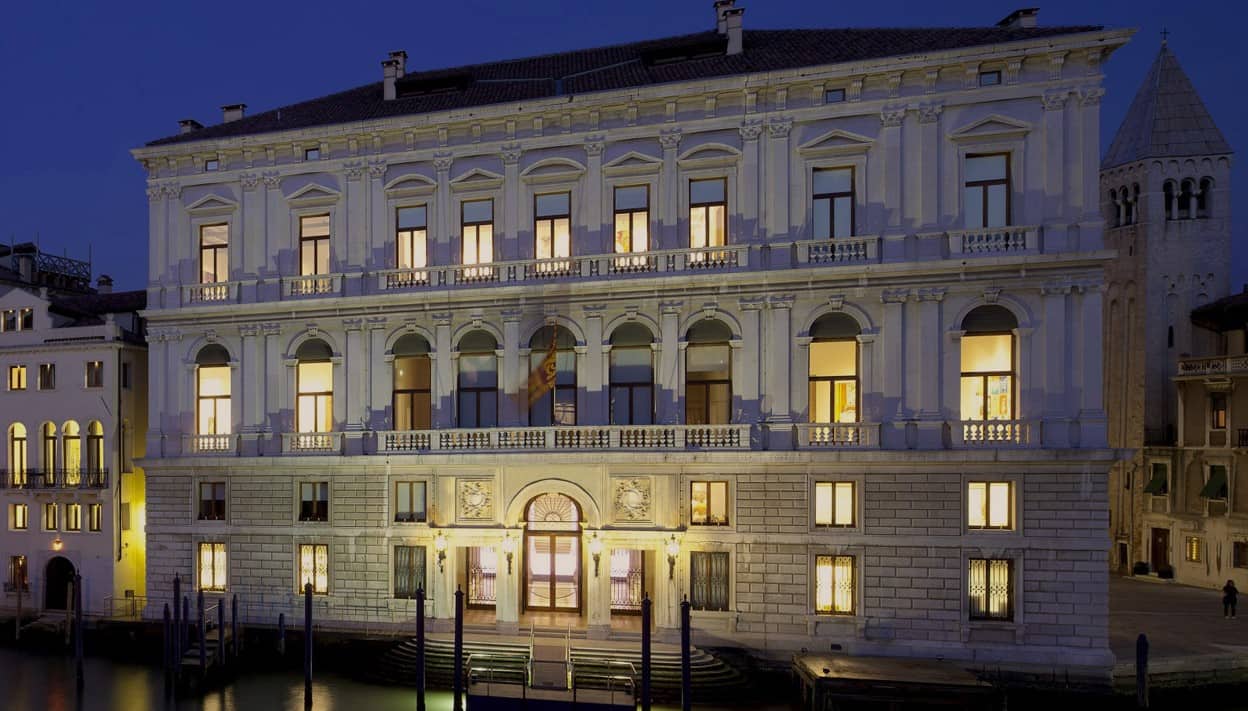 In the Sestiere di San Marco you can admire the imposing neoclassical façade of the last palace built on the Grand Canal before the fall of the Republic of Venice: Grassi Palace. They were a family of wealthy merchants from Chioggia and commissioned architect Giorgio Massari to build one of the largest and most luxurious Venetian residences of the time as an emblem of their prestige. Its spacious rooms and rectangular inner courtyard have made the building an ideal venue for exhibitions and cultural events, and current owner François Pinault has chosen it as the home of his collection, one of the five largest collections of modern and contemporary art in the world. Grassi Palace is part of the cultural project that includes the Punta della Dogana exhibition centre.

FORTUNY PALACE AND ITS TROUBLED HISTORY 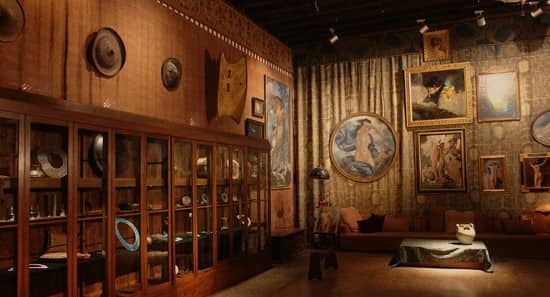 Do you remember the Pesaro family? In the fifteenth century, before the construction of Ca' Pesaro, their home was Palazzo Pesaro degli Orfei, which, after various modifications, today presents itself majestically with a complex Venetian Gothic façade and fine architectural features. The history of this building is rather troubled: after a period of glory in which it hosted sumptuous parties and prestigious works of art, the male descendants of the family died out and the palace was first divided up, then rented out and finally divided into flats to house people of humble means. At the end of the 19th century, however, the eclectic Spanish painter, stylist, set designer and designer Mariano Fortuny Madrazo fell in love with the decadent beauty and began work to restore it. Upon his death, the palace was donated to the City of Venice and now houses a museum dedicated to the visual arts, from photography to painting, from sculpture to theatre and fashion.

MOCENIGO PALACE: INTO THE LIFE OF THE VENETIAN ARISTOCRACY

Inhabited by the Mocenigo family until recent times, this is one of the few historic Venetian palaces that do not overlook a canal. Ancient documentation dates it back to the 16th century, but it was enlarged and renovated several times over the centuries, so that it was enriched with architectural elements from various periods. It has an internal structure typical of Venetian patrician homes with a large central hall overlooked by the other rooms, large "serliane" (windows widely used in 17th-18th century Venetian architecture) and 17th century influences; the first floor has marvellous frescoed ceilings and Rococo and Neoclassical furnishings, most of which date back to the second half of the 18th century. Today the Museum of Palazzo Mocenigo houses the Centre for the Study of the History of Textiles, Costumes and Perfume: it will be like being immersed in the life of the Venetian aristocracy, among precious clothes, accessories and frivolities.

FONTEGO DEI TURCHI PALACE: ONE OF THE OLDEST IN THE CITY 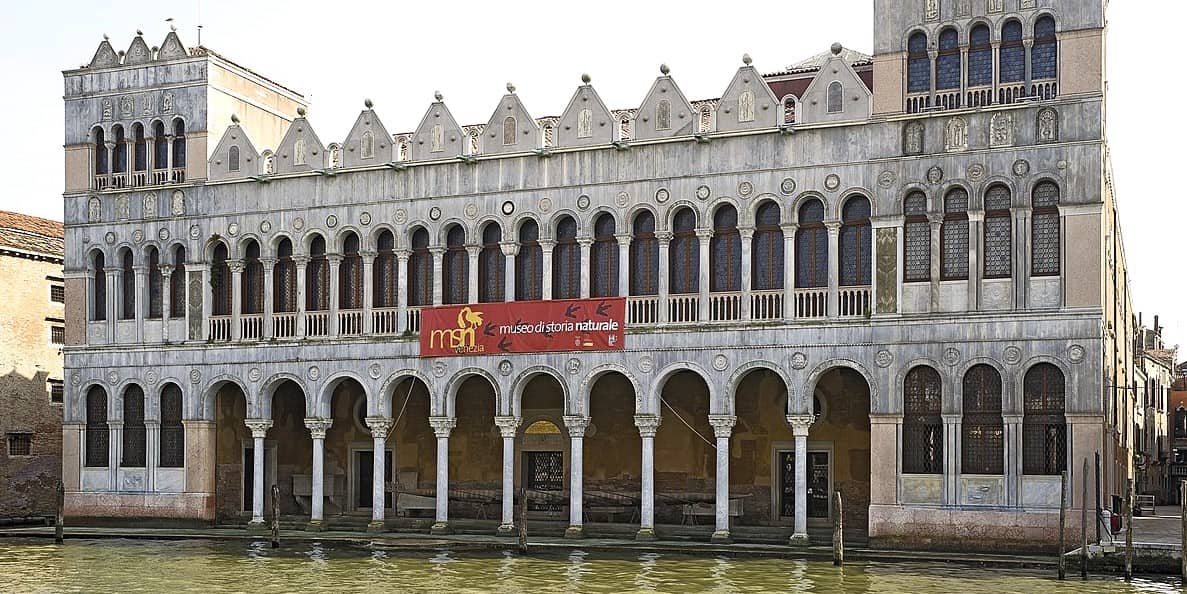 Here are the waters of the Grand Canal and the Pesaro family again: it is the 13th century and its founder Giacomo Palmieri gave the order to build what is now one of the oldest palaces in the city. After the family ceded it to the Serenissima, it passed from hand to hand as a reward for political and military alliances, until in the 17th century it was converted into a trading post for Ottoman merchants and also the diplomatic headquarters of the Ottoman Empire in Venice, before returning to the ownership of patrician Venetian families. When the Municipality purchased it in 1859 it was in a state of great disrepair, so major restoration work was undertaken to bring it back to its original form as far as possible. Today it houses the Civic Museum of Natural History.

CONTARINI DEL BOVOLO PALACE: A VIEW OVER THE CITY

We conclude our short trip to Venice with a large spiral staircase that turns around and takes us towards the sky, and little by little we discover a panorama that opens up on the heart of the old town, above the roofs of the houses with their windows from which we glimpse moments of daily life. The narrow streets of the old town are a place of silence, where you can find peace combined with unrivalled elegance. Contarini del Bovolo Palace is a late-Gothic 'casa fontego', a 'fountain house' that over five centuries has hosted the lives of various owners within its walls and that has seen various architectural interventions over time that have enriched it with a distinct Renaissance taste.

YOUR SPECIAL PLACE IN VENICE

The history of Venice is rocked by the waters like our fantasies and creeps through the calli. It reflects itself because it is too vain to be carried away without making those who are enchanted by its Beauty sigh a little more: timeless, without tiredness, without ever fading. And here comes a thought: how wonderful it would be to be able to live all this magic every day... If your wish is that belonging to this world does not remain just a dream, Leonardo Immobiliare Venezia can give you the keys to your special place in the city of the Doges with various solutions both for rent and for sale, specialising in properties and land in the area of Venice, Lido di Venezia, Mestre and the mainland. Welcome home.