Architecture in Ischia: the historical villas

Called "green island" for its wonderful and lush flora, Ischia is the largest island of the Campania Archipelago, unanimously recognized among the most beautiful and characteristic in the world. The charm of the island is lost in the mists of time, countless would be the stories that can be told about it.

Ischia, a priceless gem in the heart of the Tyrrhenian Sea

Called "green island" for its wonderful and lush flora, Ischia is the largest island of the Campania Archipelago, unanimously recognized among the most beautiful and characteristic in the world. The charm of the island is lost in the mists of time, countless would be the stories that can be told about it. Even now it is one of the most popular tourist destinations. But Ischia is not only a beautiful landscape, it is also one of the nerve centers for Italian and international culture. Landscape and culture then, but not only. How could you even talk about Ischia, without mentioning its unmistakable architecture?

The Architecture of Ischia and the historical residences

History tells us that after the famous battle of Aspromonte, Giuseppe Garibaldi chose Ischia as a place where he could recover from his war wounds. The hero of the two worlds spent the period of rest in Casamicciola, precisely in the famous Villa called "Parodi Delfino" where he could enjoy the thermal treatments. This episode is well rooted in the minds and hearts of the inhabitants of Ischia, but it should not surprise much. Among the many reasons that have made Ischia one of the most famous islands in the world, there is also the architectural one. In fact, it is very heterogeneous: from the stone houses of green tuff color that like chameleons blend with the landscape to the imposing modern hotel structures, from the historic mansions up to the simple houses with arches and courtyards.

The villas of Ischia, between history and beauty 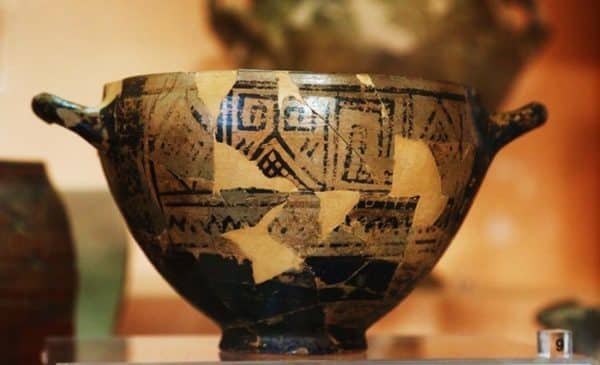 In the historical centers of the six municipalities of Ischia it is possible to find different types of buildings in the alleys: stately palaces, small houses with stairs, arches and courtyards or building complexes with several houses inside.

But among the various architectural peculiarities of the island we will focus particularly on the historic villas in the area. Walking towards the wood of Zaro in Forio, in the place called "Punta Caruso", there are many luxurious villas overlooking the sea, summer residences of celebrities or foreign families on vacation on the island of Ischia: one of the first that you meet along the road leading to that place is the Villa Gancia, whose access is located on the beautiful Belvedere of Forio.

In the same area, in a hidden and incredibly panoramic corner, there is one of the most famous villas of the island: the Villa of Luchino Visconti called "La Colombaia". Immersed in the lush forest of Zaro, the villa was known by Visconti in 1945 when he arrived in Ischia. The famous Italian director and screenwriter fell in love with it and bought the villa which became his artist's refuge on the island. Even Lacco Ameno, where most of the five star hotels of the island are concentrated in a few kilometers, is known for its many beautiful villas. The most famous villa of Lacco Ameno is Villa Arbusto: the villa dates back to 1698 and today is the seat of the Archaeological Museum which houses the famous Cup of Nestor.

Villa Polito, for an unforgettable experience

And it is precisely immersed in this paradisiacal context, that we find located Villa Polito.

This charming villa is located in the municipality of Lacco Ameno, one of the most characteristic and beautiful places of the entire island, in fact Villa Polito enjoys a strategic position, both for being well connected with the main street, but especially for the breathtaking view that opens to the eyes of guests who decide to spend their vacations or a few days of relaxation.

The villa spread over several levels consists of two parts: the main villa and three independent studios is also equipped with 3 large bedrooms (one double, one quadruple and one triple) each with private bathroom and a small spa pool. All crowned by the presence of a large outdoor pool, which returns, thanks to a wonderful panoramic terrace, the priceless splendor of the landscape of Ischia.

Hurry up and book your unforgettable stay. Villa Polito is waiting for you.