Italvolley on the roof of Europe: the italians win the European women volleyball championship

The women's national volleyball team climbs to the top of Europe in front of 20,000 spectators at the Stark Arena in Belgrade against the hosts of Serbia. 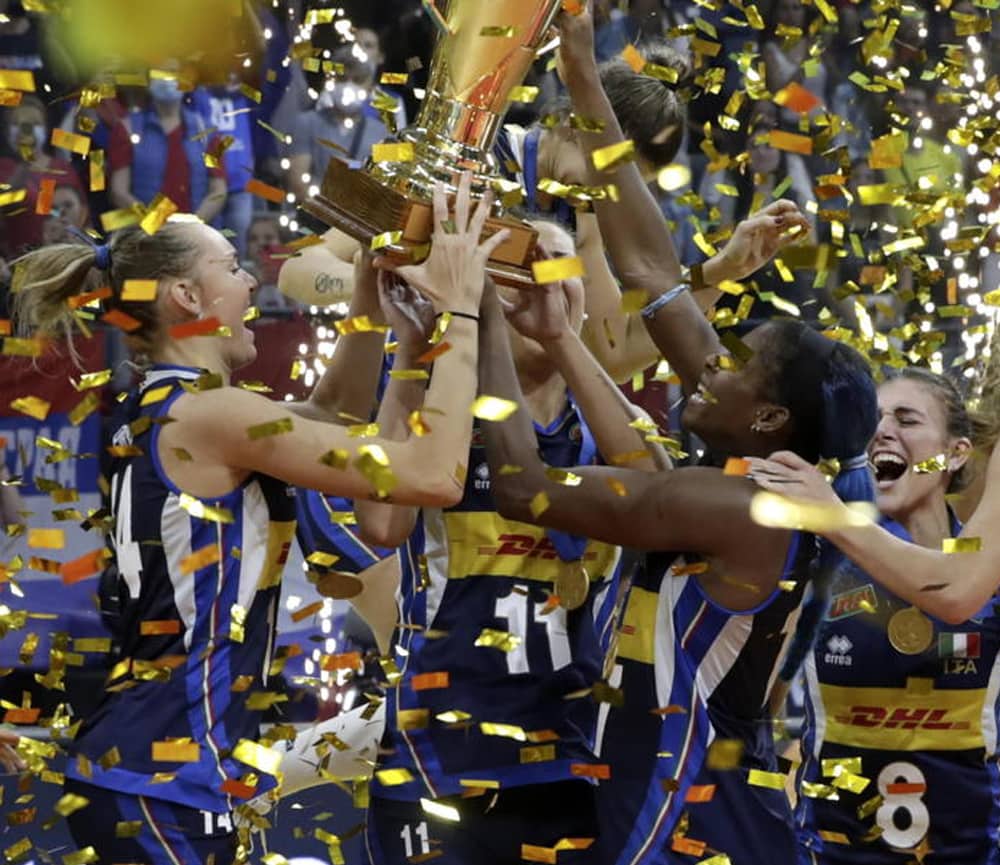 The women's national volleyball team triumphs in the European championship at the Stark Arena in Belgrade, against Serbia, hostess and beast of the Italians. Italy, led by Davide Mazzanti, wins 3-1 (with partials of 24-26, 25-22, 25-19, 25-11), winning the 32nd edition of the European Women's Championship.
It was 12 years that Italy had not played a continental final, returning to victory in a match that suffered until the last set where the Italians won the victory.
This is the third victory in a European championship for the blue volleyball players who have expressed a splendid game and a very high technical rate, having fun and entertaining the spectators present at all the matches. Belgrade's success comes after the defeat in the quarter-finals at the Tokyo Olympics against Serbia.
Myriam Sylla and Paola Egonu, also awarded as the best player of the tournament, were the most important players for Italians even if the merit goes to the whole team: Egonu guaranteed Italy 29 points and Sylla 20. The entire match lasted just under two hours in which Italy managed to impose itself on Serbia to rise to the throne of Europe and bring Italy back to the highest European roof. The sporting summer of the great sporting enterprises for Italy does not seem to want to come to an end.