79th Venice International Film Festival: date, film and how to get there

The 79th edition of the Venice Film Festival is underway. Discover the characters, events, films and how to reach the most important Italian film festival

The 79th International Film Festival organized by the Venice Biennale and directed by Alberto Barbera will be held at the Lido of Venice from 31 August to 10 September.

Actress Rocío Muñoz Morales opens the exhibition on the evening of Wednesday 31 August 2022, on the stage of the Great Hall on the evening of the inauguration ceremony, and will present the closing ceremony on Saturday 10 September with the announcement of the winners of the Golden Lions and other official awards. Discover the films, events and how to get to Venice.

The films and events of the Venice Film Festival The exhibition will be opened by the film White Noise written and directed by Noah Baumbach and adapted from the famous novel by Don DeLillo, which tells the attempts of a contemporary American family in dealing with everyday life and its unpredictable facets in every area.

The jury chaired by actress Julianne Moore is made up of Leonardo Di Costanzo, Audrey Diwan, Leila Hatami, Kazuo Ishiguro and Rodrigo Sorogoyen. After two years of restrictions on the occasion of the 90th birthday of the film festival, the meetings with fans, the rooms with maximum capacity and above all the after-parties and off-exhibition events are back.

Among the international guests, there will be Ana De Armas, the protagonist of "Blonde", which tells the myth of Marylin Monroe, and Sadie Sink, who, together with Brendan Fraser, starred in "The Whale" by Darren Aronofsky. Timothée Chalamet, the famous young actor from Dune, also plays in the film by Luca Guadagnino "Bones". Without forgetting the sacred monsters such as Anthony Hopkins and Hugh Jackman interpreters of "The Son", Colin Farrell with "The Spirits of the Island", Penelope Cruz with two films "The immensity" by Emanuele Crialese and "On the Fringe" by Juan Diego Botto, Cate Blanchett with the film "Tar" and Tilda Swinton with "The Eternal Daughter".

Among the films and stars of the Out of Competition section, Harry Styles will be seen on the red carpet, starring in "Don’t worry, darling" with Florence Pugh. Even among the stars of our cinema, there are several exponents: the singer Elodie with her debut film "Ti mangio il Cuore" by Pippo Mezzapesa, Luigi Lo Cascio and Elio Germano, interpreters of the new film "The Lord of the Ants", Alessandro Borghi protagonist of the "Midnight Sun" and Margherita Mazzucco, one of the protagonists of the RAI fiction L'Amica Geniale, with the feature film "Chiara". Many Italian and international stars paraded on the red carpet of the 79th Venice Film Festival but on the opening night the appeal of President Zelensky was not lacking because the world of cinema cannot and must not remain indifferent to the horrors of the war in Ukraine: "Your position is important, your voice matters, your words are strong." In support of the Ukrainian people, there was above all the French star Catherine Deneuve, awarded with a Golden Lion for Lifetime Achievement, who presented herself with a dress that recalled the colours of the Ukrainian flag and a pin in support of the Ukrainian people.

In the political sphere, Hilary Clinton, former US Secretary of State, will be the special guest at an event organized by Diane von Furstenberg, representing the Vital Voices Global Partnership organization, which encourages women's work.

How to get to Venice and participate in the festival 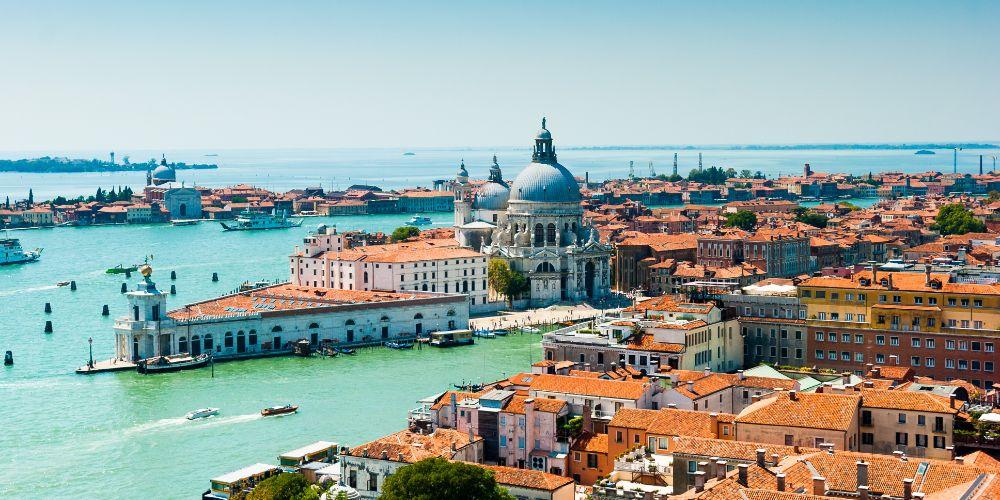 Venice is easy to reach and well connected so there are many ways to achieve it. You can get there by plane, car and train. Venice is connected to the mainland through the Ponte Della Libertà, about 4 km long, on which trains and cars that intend to reach the lagoon pass. However, vehicles can reach the cruise terminal and the railway station, beyond which it is no longer possible to pass. From the airport instead, there are comings and goings of taxis and buses that take you to Venice Mestre and then to the lagoon.

As for the tickets for the Venice Film Festival, they can only be purchased online at www.labiennale.org. Each ticket is personalized with a name. There are several reductions for those under 26 and over 60 and holders of the 2022 Festival Card.

Plenty of films are accessible to the public with around ten films per day. The films open to the public are marked in the program with the definition "public" and can be booked through the exhibition website.

All films are in their original language and are subtitled in Italian; the films in Italian are subtitled in English. In the screenings in the Sala Grande, there are actors and directors in the room. For the other screenings with the protagonists, you can consult the guide and look for the titles in red.