Turin esoteric tour: the definitive guide to the City of Magic

For magic and esotericism lovers, Turin is a perfect place. Ready to know more?

From an esoteric point of view, Turin is one of the most significant cities in the world. Today when we think of the Piedmontese city, we mainly think of the splendour of the Savoy era, Fiat and the Mole Antonelliana. However, not everyone knows that Turin is an esoteric place of great importance, recognised the world over. In fact, it is one of the points of the white magic triangle with Prague and Lyon, and one of the points of the black magic triangle together with San Francisco and London.

The city is divided into two areas, one darker and one brighter. In the eastern zone, where the sun rises, are the signs linked to positive and growth magic, while in the western zone are the cemeteries and places where condemned prisoners were imprisoned.

The aura of mystery surrounding Turin is made tangible by certain places that retain in them the power of the centuries thanks to myths, legends, and ancient beliefs. Tradition also identifies Turin as a Masonic city: in particular, the fountain in Piazza Solferino is said to be a true initiation path into the ancient mysteries of the Masonic rite.

Today, Turin hosts a festival of the esoteric usually held in July. The festival consists of various photographic exhibitions, installations, areas where you can meditate and interventions by the Accademia Esoterica di Torino.

Let's discover together the main stages of the Esoteric Turin, to take a real tour in the places of white and black magic.

The city of Turin was an enigma to me, but from the story of Salvation we know that where there are saints there also enters another who does not introduce himself by name. He is called the Prince of this world, the devil

Why did Turin become one of the places of White Magic? Myth was given this role because it was built where the Po River, identified as the River of the Sun, and the Dora River, identified as the River of the Moon, meet. In addition to this, the 45th parallel also passes through Turin, which according to esoteric beliefs is an accumulator of positive energy. Let us look together at the architectural works that help identify Turin as a pole of beneficent magic.

The Church of the Great Mother

On the slopes of a hill on the banks of the river Po is the Church of the Great Mother, a place steeped in white magic. Esoteric experts claim that the two statues placed at the entrance of the church, representing Faith and Religion, point to the place where the Holy Grail, the famous chalice of the Last Supper, is hidden. In fact, one of the two statues holds a cup while the other indicates with its gaze the path to follow to find the precious relic. 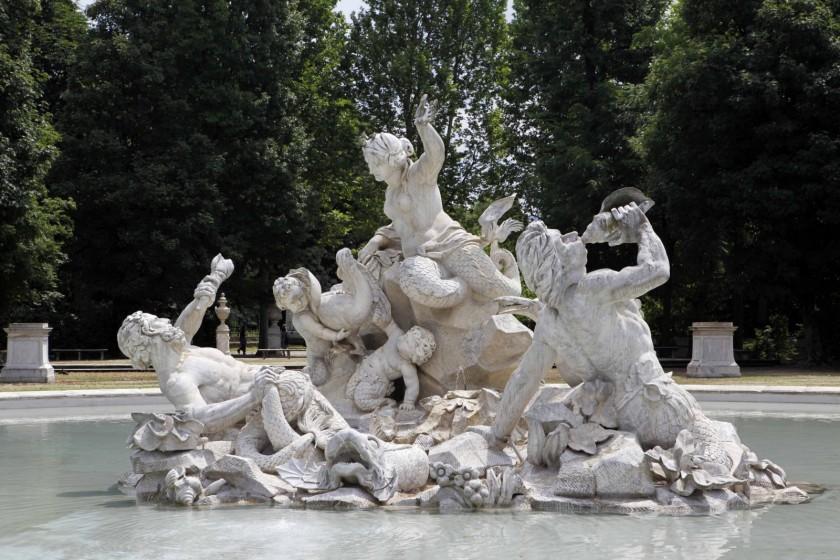 The positive epicentre is in Piazza Castello and is particularly identified with the statue of the Triton. Two statues of the Dioscuri stand along the palace gate and mark the boundary line separating the 'white' area of the city from the 'black' one, like guardians of good at the gates of hell.

This fountain depicts two women symbolising spring and summer and two male figures representing autumn and winter. Water is poured from large wineskins indicating the zodiac signs of Aquarius and Aries: the flowing water is knowledge given to men, a strongly positive symbolism. This fountain's symbolism is clearly inspired by Freemasonry.

One of the most universally recognised symbols of Turin is also an esoteric symbol of white magic, the Mole Antonelliana. In esoteric language, this would be an enormous antenna stretching from the earth towards the sky, spreading positive energy into the world. According to some, the Holy Grail is concealed here.

The forces of goodness contend with the city of Turin with powerful evil forces, so dark that they have earned Turin the name 'City of the Devil'. A tour of esoteric Turin will lead you to the discovery of eerie places, which for centuries have channelled the forces of evil towards them. Let's look at the stops not to be missed.

The dark heart of the city is Piazza Statuto, as opposed to the white Piazza Castello. The negative vibes of this square are attributed to the fact that this was the site of the Val Occisorum, the place where condemned prisoners were executed.

An ancient necropolis has been found underground, while inside the Piazza there are some very interesting esoteric monuments. The first is the Frejus Monument, in memory of the miners who died during the tunnelling works: according to some, the structure has clear esoteric features such as the angel on the top that would represent Lucifer, facing west. The second monument is the Geodesic Obelisk, surmounted by an astrolabe, the heart of evil powers.

In Via Lessona, near Piazza Statuto, is the Domus Marozzo, where legend has it that Nostradamus himself slept. The famous soothsayer had come to the city to cure the sterility of Margherita di Valois, the wife of King Emanuele Filiberto. It is said that on these very walls Nostradamsu engraved the inscription 'Nostradamus stayed here, where there is Paradise, Hell and Purgatory. I am called Victory, he who honours me shall have glory, he who despises me shall have utter ruin'.

The name of this palace leaves no room for doubt: an authentic place of evil! In particular, the main door of this building is linked to numerous disturbing stories of murders and mysterious disappearances: at its centre stands a clapper representing Lucifer himself! Legend has it that the Devil built the gateway and placed it there to imprison a sorcerer who had the audacity to summon him.

Speaking again of the Lord of Darkness, in Via Lacaris where a bank now stands, once stood the headquarters of the Masonic Lodge. If you look closely at the base of the building, you can see two slits in the shape of eyes staring eerily at you. Originally, these crevices must have been either vents or light points for the underground rooms. Their particular shape has led to them being identified as the eyes of the Devil, undoubtedly a symbol of negative energies. 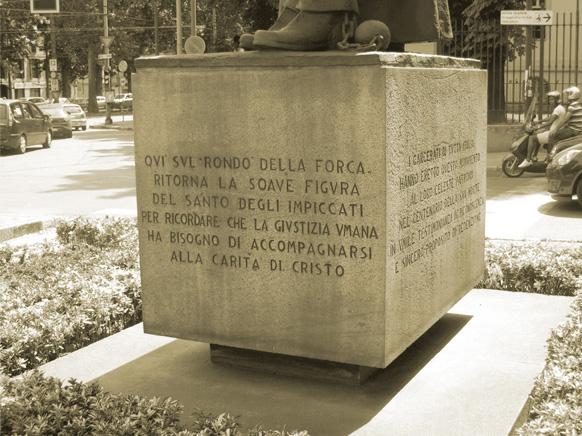 In ancient times, prisons stood in Via Corte d'Appello, in the western part of the city. Where Corso Regina Margherita and Corso Valdocchio meet today was the gallows, the place where condemned prisoners ended their days until 1863. Even further back in time, this place was the so-called Val Occisorum, the place where the condemned were first crucified and then buried.

With this place of death, you will have finished your tour of black magic sites in Turin.