What to see in Calabria: 10 things not to be missed

What to see in Calabria? We suggest 10 unmissable places to get to know this breathtaking region better. Come with us.

Calabria is the last Italian region before Sicily's "water border". It is a land rich in monuments, culture, and beautiful landscapes that deserves to be known and explored. Here is a list of 10 things not to be missed.

10. Where the gods sleep: the Pollino National Park For nature lovers, the tour will have to make a stop at the Monte Pollino National Park, which for a large part spreads over the Calabrian territory. Its main attractions are the Gole del Raganello, the Valle del Fiume Lao and the Valle del Fiume Argentino, which are located in the towns of San Lorenzo Bellizzi, Papasidero and Orsomarso. Here you can indulge in your favorite sports: rafting, mountain bike rides, mountaineering and speleological excursions.

9. Crotone: the cradle of civilization 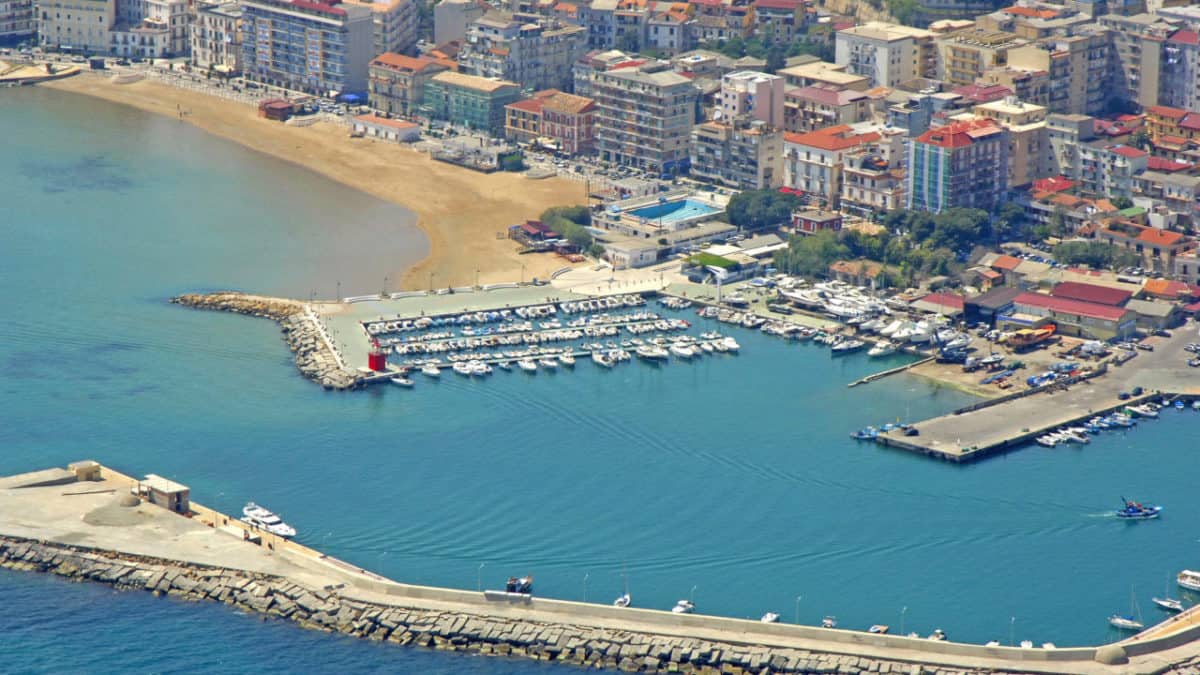 The trip to Calabria "in search of lost time" cannot be separated from a visit to Crotone, "cradle of civilization". Two steps are fundamental: the first is at the National Archaeological Museum where you can follow all the evolutionary phases of the ancient city of Kroton founded in the second half of the 8th century BC The second is at the Park and Archaeological Museum of Capo Colonna on the homonymous promontory where it is possible to follow the transition path between the Greek and Roman ages. So what are you waiting for, the gods of antiquity are waiting for you!

8. The Riace Bronzes: an Absolute Beauty 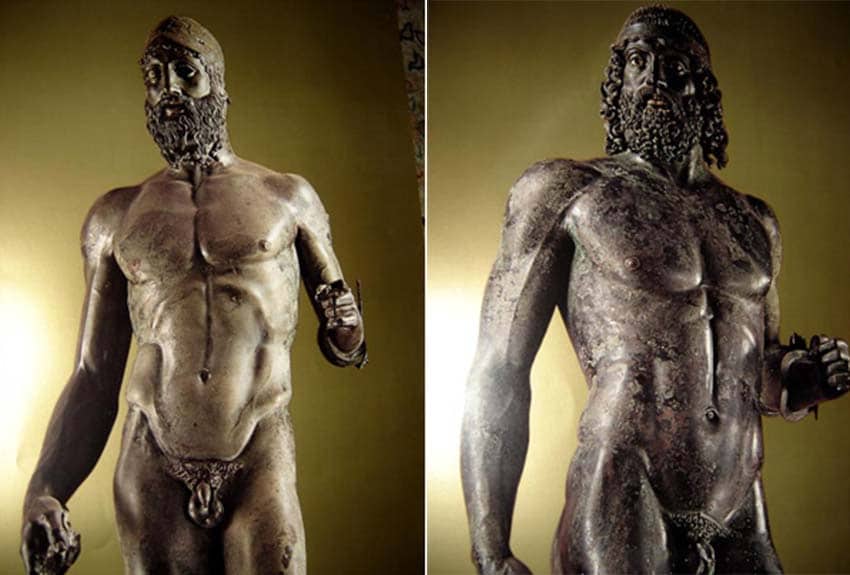 A tour in Calabria would certainly not be complete without a proper stop in Reggio Calabria, on the tip of the boot, to contemplate "the heroic nakedness of the Riace bronzes". The two colossal statues are respectively 1.98 and 1.97 meters high and weigh 160 kg each; found by a diver in 1972 off the Riace Marina on the Ionian Sea, the sculptures are preserved in the National Archaeological Museum of Reggio Calabria, and are to be considered as the ideal prototype of male beauty.

7. The call of the ancient: the Archaeological Park of Scolacium 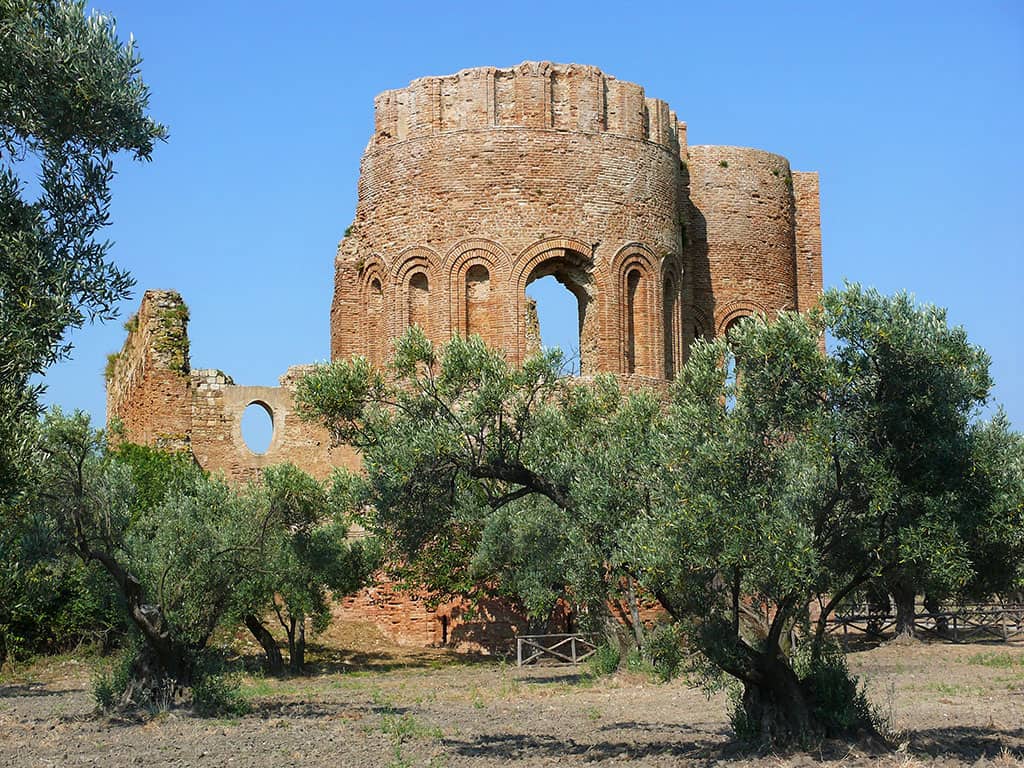 A trip to Calabria is also an opportunity to retrace history back in search of the ancient remains of Magna Graecia and Ancient Rome. For this purpose it is essential to visit the Archaeological Park of Scolacium, in the municipality of Borgia, in the province of Catanzaro. Here you will find the remains of the Greek colony Skylletion, later renamed by the Romans Scolacium. Are you ready to hear the call of the past?

6. The ghost town of Pentedattilo 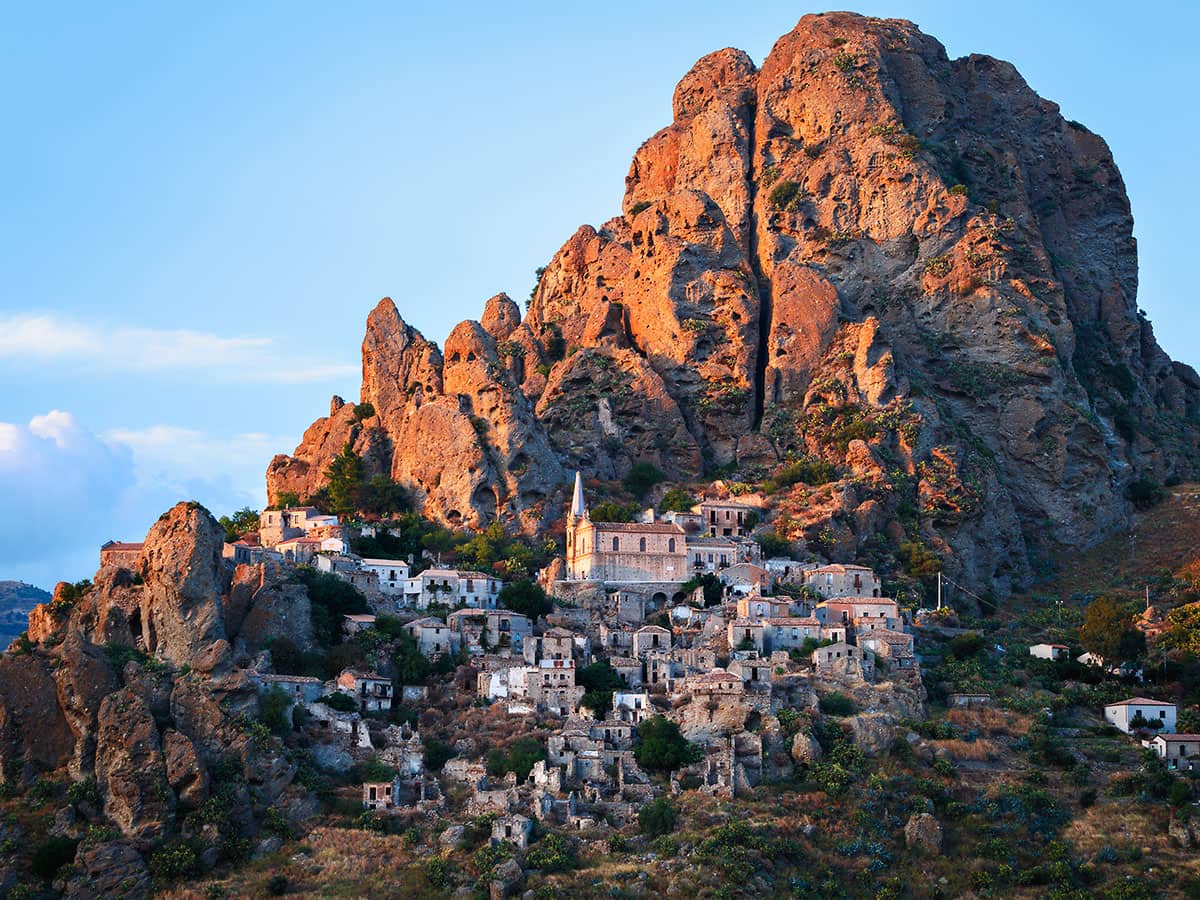 If you are passionate about history and mystery, your stay in Calabria must necessarily include a visit to Pentedattilo, a small fraction of the municipality of Melito Porto Salvo (Reggio Calabria). The singular name of the town is due to its characteristic position on the cliff of Mount Calvary, almost forming a gigantic hand ... Today the old village is completely abandoned, and this makes it even more suggestive and fascinating: then you are ready for the "ghost hunting "?

The fascinating Calabrian region offers not only ancient monuments and sunny and uncontaminated beaches, but also spectacular natural reserves. Among these is the Natural Park of the Sila which embraces the provinces of Catanzaro, Cosenza and Crotone. Here you can have a unique and unrepeatable experience, immersed in the flora and fauna typical of the place, light years away from the stress of the metropolis...

4. The fortress of Le Castella: between history and the sea

The Aragonese fortress of Le Castella, a small fraction of the municipality of Isola di Capo Rizzuto (Crotone), is among the most prestigious monuments in Calabria. The stronghold, united to the mainland only by a small strip of land, is what remains of the ancient "constellation of castles" present in ancient times in those places. From here you can admire, thanks to special cameras, the depths of the Capo Rizzuto Marine Reserve, among the most characteristic natural spectacles in Europe.

3. Tropea: the blue pearl of Calabria

Tropea (Vibo Valentia) is certainly one of the most beautiful and fascinating cities in Calabria. A dip in its splendid waters, blue and clear like those of the Maldives, is a unique and unmissable experience. Of great historical value, then, is the Sanctuary of Santa Maria dell'Isola, built on a rock. And watch out for the horizon: Stromboli may appear!

2. San Nicola Arcella: the lookout of the Tyrrhenian Sea 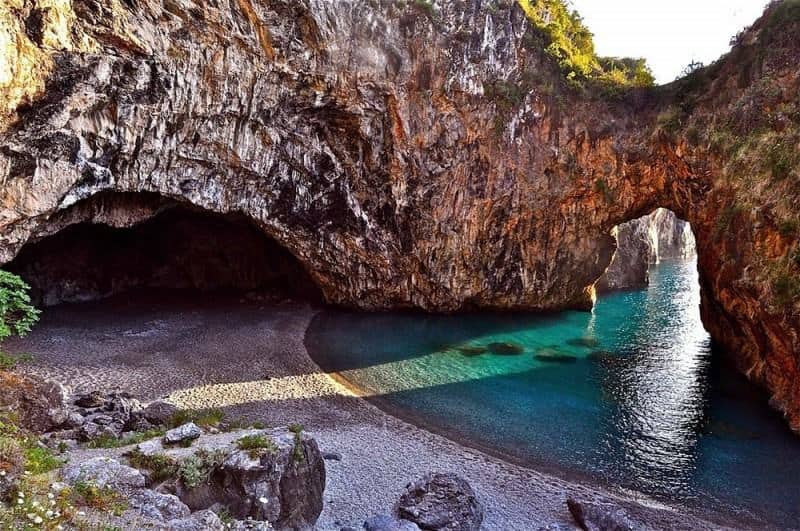 Among the essential stops of your trip in Calabria is San Nicola Arcella, in the province of Cosenza. The small town, overlooking the Tyrrhenian Sea, offers a spectacular view that encompasses the entire Gulf of Policastro, from the Dino Island to Palinuro. Absolutely to visit is the ancient watch tower of the bay, called Crawford Tower and the magnificent rocky arch nicknamed Arco Magno.

1. A blast from the past: the city of Stilo

Your tour in Calabria cannot be considered completely satisfying without a stop in the town of Stilo, in the province of Reggio Calabria. The small town, home of the famous philosopher Tommaso Campanella, appears immune to the passage of time. Its historic center, in fact, is still perfectly preserved and is the major attraction of the town along with the Byzantine settlement of Cattolica di Stilo.