Summers in Italy inspires history, spring inspires romance, and winter? What about winter? If you have never been to Italy in winters, then you are missing out on a whole lot of things

Italy is enriched by a great deal of history, countless villages and infinite natural resources that make it unique in the world. Here we would like to give you a glimpse of the Italian winter features you should not miss.

Gianduiotto is the iconic chocolate of Piedmont and Turin dedicates the Gianduiotto Day to the city during the winter chocolate event "Cioccolatò".

Don't miss the Egyptian Museum dedicated to the oldest Egyptian art in the world. It is essential to suggest a visit to the countless palaces that belonged to the the Savoy family: palaces with a high historical impact.

Turin was also the Italian capital of the car. We would like to remind you the National Automobile Museum that displays two hundred cars inside the Mirafiori factory. A few kilometres from Padula, you can admire the Pertosa- Auletta Grottos: cool in summer and warm in winter thanks to the constant temperature of 16°. They are the only caves in Italy where it is possible to navigate an underground river; they are also the only ones in Europe to preserve the ruins of a village dating back to the 2nd millennium BC. 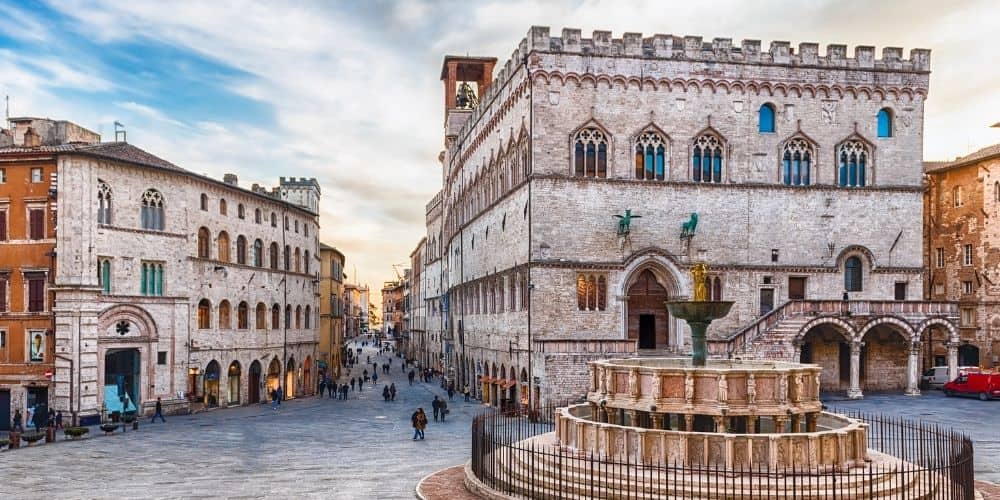 Perugia becomes magical in winter thanks to the intimate atmosphere that you can feel. Many events are organised in and around the city, including the world-famous Eurochocolate, the white truffle fair and the Festa del bosco  (Wood Festival) in neighbouring towns. The snow that covers Perugia in winter gives a suggestive and particular panorama. The Christmas markets also decorate the city starting from the end of November.

Find out more about Perugia❯ Parma is important for the ham production, moreover it is characteristic and evocative for the numerous medieval castles throughout its province. Here are some examples: Castello di Torrecchiara Castello di Fontanellato, Castello di Bardi, Reggia di Colorno.

Find out more about Parma❯

Bolzano architecture has elements of German Gothic and elements of the Italian Renaissance. The city is surrounded by mountains and landscapes enchanted by snow, decorated by Christmas markets with a thousand lights, in Winter you live in a magical atmosphere. Here, despite being in Italy, people speak mainly German.

The winter season gives Verona a special charm. Its history, its Shakespearean tales, its squares, its Arena, make it unchanging in time and seasons.

Find out more about Verona❯ 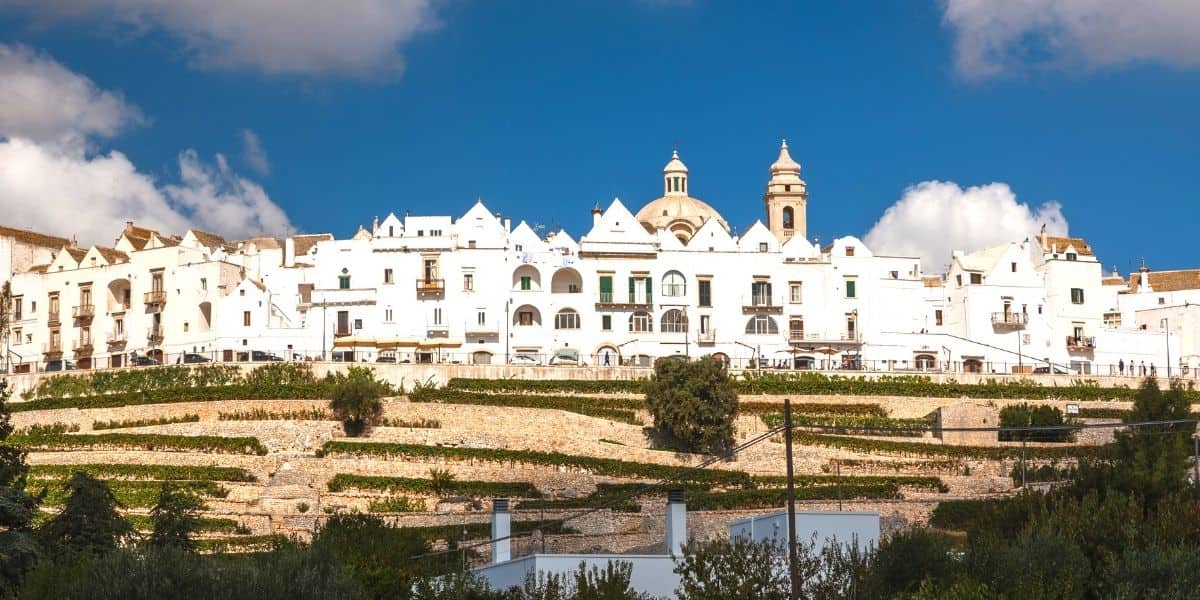 It has a circular shape and is considered one of the most beautiful villages in Italy. Full of characteristic alleyways lined with small white houses, Locorotondo has a series of churches and scenic roads that make it even more fascinating and evocative. 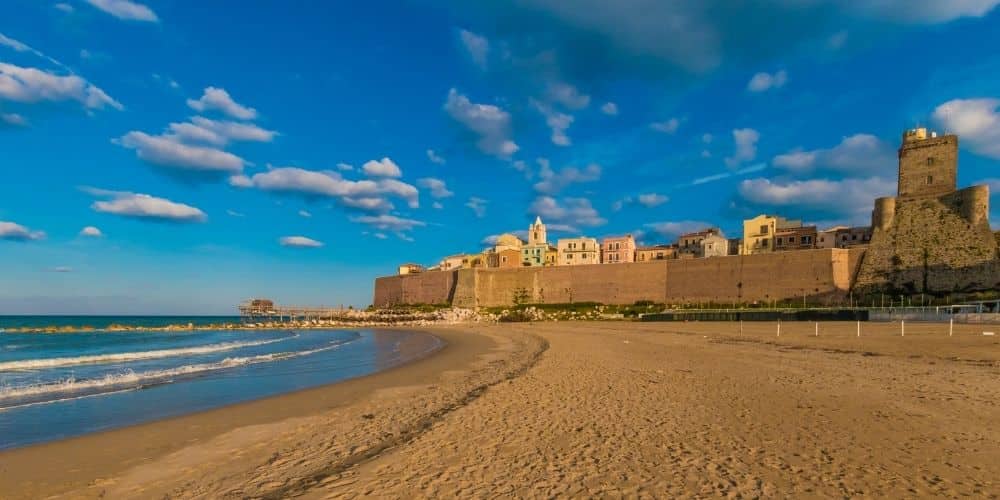 One of the most beautiful villages in Italy, Termoli is an attraction for its blue sea, for standing on a promontory overlooking the sea and for its historic cathedral. From Termoli it is possible to reach the Tremiti islands. The old town with its Cathedral and Swabian Castle is certainly worth a visit. In winter there are several cultural initiatives involving people coming from various parts of Italy. 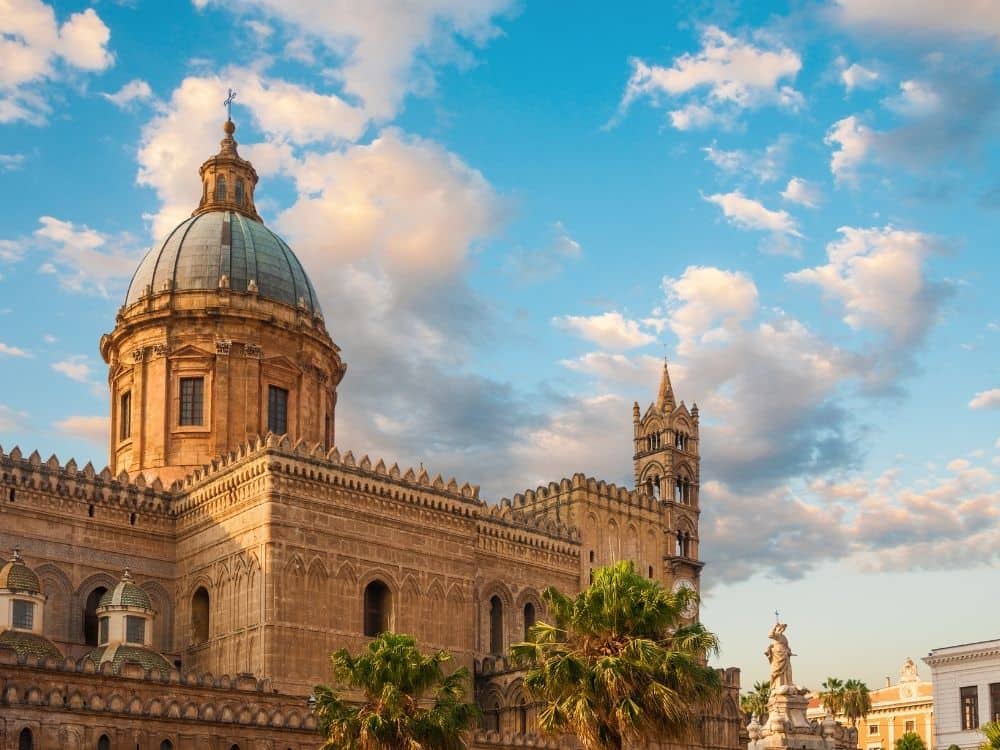 Fully enjoy this city characterised by thousand colours and scents, avoiding the summer heat and the crowds of tourists who prefer summer holidays. A visit in winter will certainly allow you to enjoy all its beauties: historical, artistic and culinary.

Find out more about Palermo❯ It is one of the few places in the world where you can enjoy the panorama of snow-covered mountains and ski while looking at the sea of the Strait of Messina from above. Gambarie lies in the heart of the Aspromonte National Park in Reggio Calabria.

Nestled in the mountains of the Abruzzo National Park, Pescasseroli offers all its charm in both winter and summer. In winter it lets you relive the magic Christmas atmosphere thanks to the presence of nativity scenes in the alleys, coloured lights and Christmas decorations. The importance of the ski resorts that characterise it goes without saying.

Find out more about Abruzzo❯

Also called "the dying city", because it was built on a spur of tufa stone that is slowly crumbling. It is one of the most beautiful villages in Italy and is characteristic, not only for the position occupied, but also for its purely medieval style.

A hamlet in the province of Grosseto, it is one of the most famous sulphurous thermal location in Italy. Even in winter it offers warm, whitish waters that cure skin diseases. Saturnia also has a medieval village surrounded by a centuries-old park typical of the Maremma region.

Called the little Vienna by the sea, thanks to its Hapsburg face, the Austro-Hungarian beauty of the buildings. After visiting the Old Town, it is a must have a stop in one of the most scenic squares in the world, Piazza Unità d'Italia: it is surrounded by some of the most important buildings of the city. Miramare Castle is a highlight of Trieste, located on the rocky promontory of Grignano. There are many cultures that characterise the city, and the scents that exhilarate its. This city will fascinate you with its historic cafés and art. In fact, Trieste is also considered the city of coffee because of its trade by sea

Find out more about Trieste❯

At the end of reading these suggestions, do you also feel like taking the first train or plane or even getting behind the wheel and reaching one of these destinations? Well, now that you know what you can do in winter, throw away the stress of planning your visit to Italy only in summer. Now you know you have plenty of time to consider a winter holiday here in the Bel Paese. We are waiting for you!