Green light to travel and holiday in Italy. The islands of the Gulf of Naples - Ischia, Capri and Procida - are an unmissable itinerary in Campania with a priceless wealth. They represent a mix of different holidays: sea, beaches, culture, nature, art wellness and relaxation.

Visit Italy offers you a Tour of the Wonders, with stops on the islands that could soon be the first covid free islands in Italy. Procida and Capri have already completed the mass vaccination, while Ischia should complete it at the end of May 2021.

THE ISLAND OF ISCHIA

The island of Ischia is known as one of the pearls of the Mediterranean Sea and it attracts tourists from all over the world. Its strategic location (it is only 18 nautical miles from the city of Naples) and its many resources and potential allow visitors to enjoy an unforgettable 360° experience. It covers 47 square kilometres and has a total population of about 60,000 inhabitants. At an administrative level, it is divided into six municipalities, each of which has peculiarities that distinguish it from all the others: Ischia, Casamicciola Terme, Lacco Ameno, Forio, Barano and Serrara Fontana.

THE BEACHES ON THE ISLAND OF ISCHIA 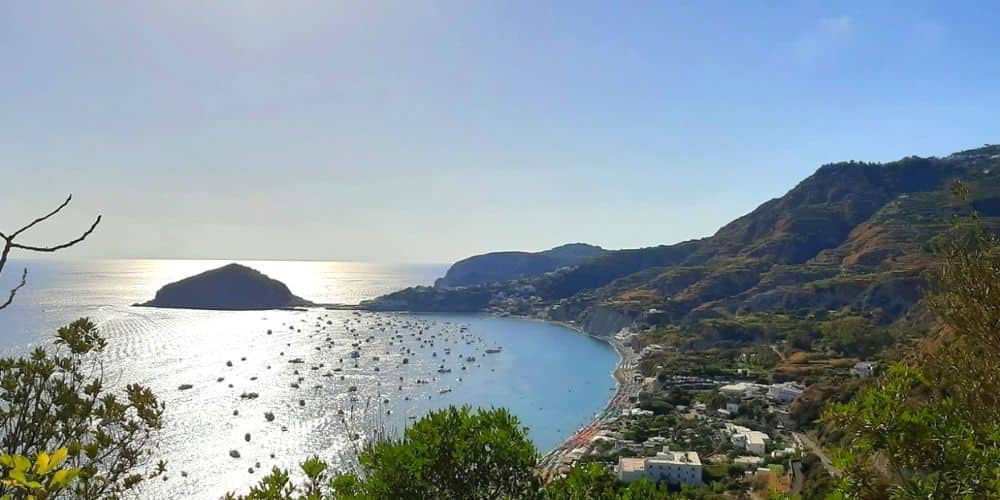 Ischia is beautiful in summer, in spring, with its rippling sea in winter and sinuous waves in autumn. The Green Island enchants at any time of the year for the renowned fame of its thermal springs and its beaches. At times, a coastline is jagged and wild, but which for long stretches gives us different sands, fine and thick, cobbled or simply human-made to allow everyone to enjoy the sea air. Every municipality on the island, six in all, offers a stretch of beach for every taste and desire.

The marvellous white church of Soccorso, the small village of Sant'Angelo and the belvederes of Zaro and Serrara Fontana spectacular views from the hill to the sea are some examples of the unmissable stops on tour.

The tour also includes a stop in Lacco Ameno, known for its concentration of three 5-star hotels within a few kilometres, where you can take a photo with the "Fungo", a rock with that shape. Lacco Ameno is also the Coppa di Nestore, one of the most important finds with an inscription in ancient Greek.

There will also be a stop at Cartaromana from where you can see the Aragonese Castle. It is also possible to visit the castle inside, and it takes two to four hours. This is possible with an additional excursion.
In Forio, the town known for its Saracen alleyways, it will also be possible to visit one of the largest and most important thermal parks on the island.
The thermal parks are 6 and represent a peculiar richness of the island of Ischia: they are gardens close to the sea and the beach with several swimming pools inside. The number of pools varies according to the size of the park. The parks offer completely natural well-being because they use thermal water that flows directly from the nearby springs. Each park has different water characteristics, which generally benefit beauty and general psycho-physical well-being. 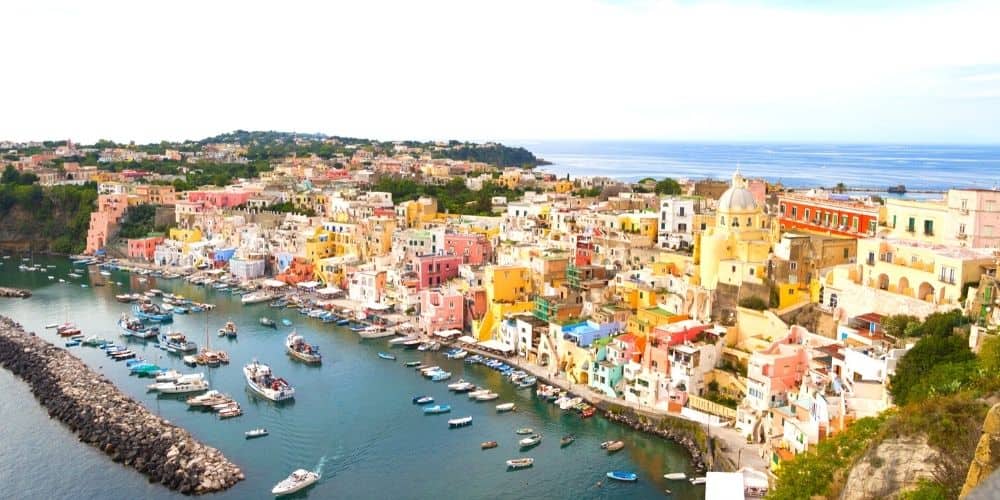 Procida has been nominated Italian Capital of Culture for 2022: it is the first to have almost completed the mass vaccination foreseen for the islands of the Gulf of Naples.

Procida is a very different island from its sisters Capri and Procida. It is an island untouched by mass tourism like the other two. It still retains something unique and authentic about the places with special care for preserving their traditions, customs and habits. It is an island that still lives off fishing, agriculture and where many residents are seafarers and works for long periods abroad for large international companies. In fact, Procida is also home to one of the most prominent Nautical Institutes in Campania.

Our tour of Procida will start from the port, where a cosy micro-taxi will pick us up and take us through Procida's tiny streets, sometimes so narrow that you think you won't get through. We will visit stops such as Marina di Chiaiolella with its small port and the long beach of the same name just a few metres away. Next, we will see Terra Murata and then Coricella, a typical fishing village. You will stop at many characteristic points to enjoy the landscape and then return to the port where you can take one last walk and have time for a bit of shopping. 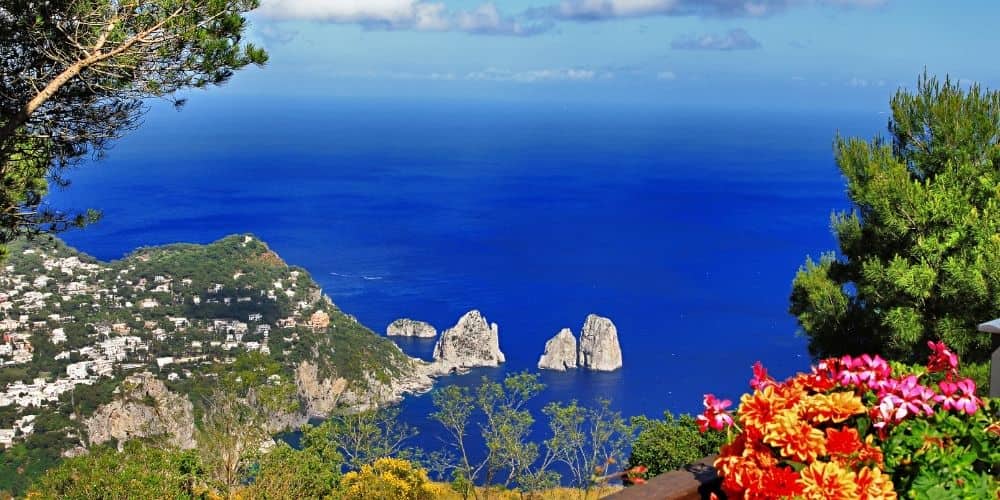 Since Roman times, Capri has been a beloved island when Emperor Tiberius decided to spend his holidays there. Since then, it has remained a "must" for anyone visiting Italy. Tourists from all over the world come to Capri, even for just one day. In particular, the Chinese and Japanese are very fond of the island and never miss Capri on their quick trips.

In Capri, there are two municipalities: Capri and Anacapri. The Visit Italy tour allows you to arrive in Capri by sea and enjoy the spectacle of the island in the itinerary from Ischia to Capri.

A tour by land is planned, mostly on foot, to observe better the different panoramic views: Villa San Michele, the famous Piazzetta of Capri, the port and the fantastic view of the Faraglioni.

After lunch in a typical restaurant, it will be possible to add an optional experience to see the famous Blue Grotto. You will then be able to do some shopping before leaving for the island of Ischia.

We call this tour "covid free" as the three islands are ready for mass vaccination, which should be completed at the end of May 2021. The hotel will be a 5-star hotel on the island of Ischia where it will be possible to stay for 7 nights and have dinner every evening. Excursions will start with comfortable private transfers from the hotel to Capri and Procida to the port and vice versa. Transfers to and from the airport are also private. The guide on Ischia, Capri and Procida is a personal guide with whom you can also customize the tour according to your desires, obviously respecting the time of each excursion.

What are you waiting for? The tour is online, and you can leave whenever you want.