A journey through Shakespeare's Italy

The great English playwright, William Shakespeare, set almost half of his works in Italy. Official sources affirm, however, that Shakespeare never visited "il bel paese" and yet his love for beautiful cities such as Venice and Messina...

...although known only through travel stories, has made them the scene of many of his most famous works, just think about Romeo and Juliet, set in Verona, or Othello, set instead in Venice. Today we are going to discover some of the most beautiful Italian cities mentioned by the famous poet, for a trip to Italy through the words of Shakespeare. 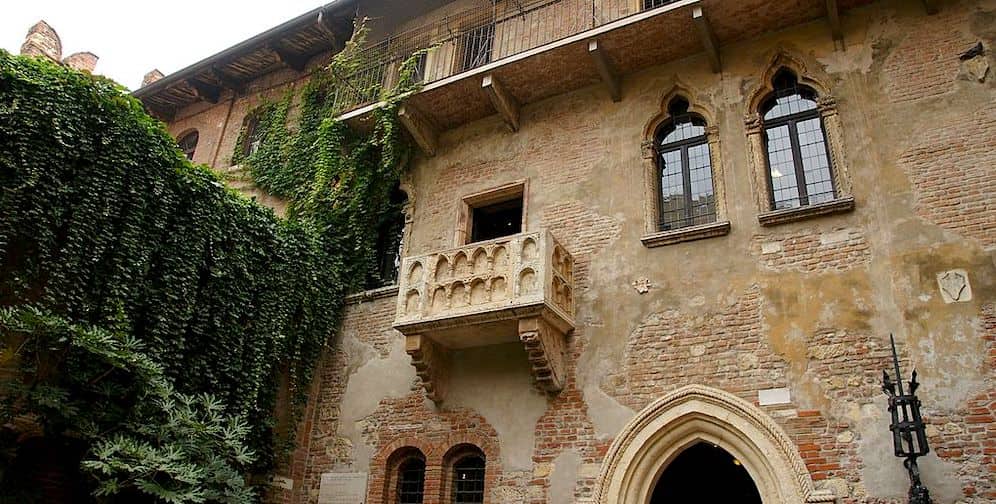 How could we not start our journey from "fair Verona", to use Shakespeare's exact words? Verona is the setting for Shakespeare's most famous and well-known tragedy, Romeo and Juliet, but also for the comedy The Two Gentlemen of Verona. In this wonderful Italian city, considered the city of love precisely because of the beautiful, although tragic, love story between Romeo and Juliet, you can admire the balcony of Juliet's House. As we all know, the story described by Shakespeare is not real, but while  being in Verona is nice to wander through the streets of the city leaving room for imagination. Other places not to miss during your visit are the Verona Arena, Palazzo della Ragione, Ponte Pietra, Castelvecchio and the Giusti Garden.

BOOK HERE THE ATTRACTIONS IN VERONA❯ 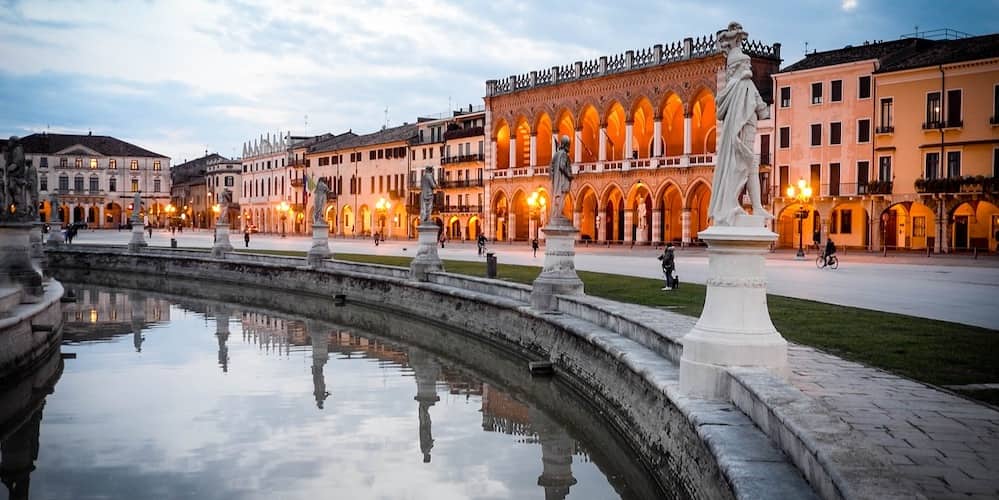 Another Venetian city in which the playwright set one of his most successful comedies, The Taming of the Shrew, is the "fair Padua, nursery of arts". The funny story that sees as protagonists the bad-tempered Caterina and the gentleman Petruccio, her suitor, takes place under the Paduan arcades. At the University Library of Padua is kept one of the copies, the only one in Italy, of Shakespeare's First Folio, a book containing 36 of his works. Other places to visit in Padua are certainly the Scrovegni Chapel, the Botanical Garden, the Clock Tower in Piazza dei Signori, Prato della Valle and the Basilica of Saint Anthony of Padua.

BOOK HERE YOUR ATTRACTIONS IN PADUA❯ 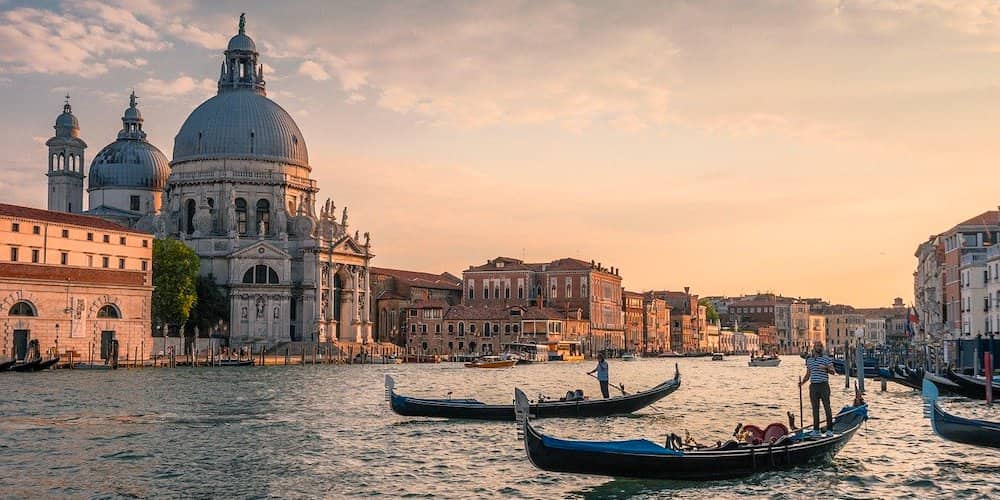 Among all the plays of Shakespeare the wonderful Venice could not be absent. Indeed, the comedy of The Merchant of Venice and The Tragedy of Othello, the Moor of Venice are set among the most secret streets and squares of the city. In The Merchant of Venice, in particular, Shakespeare describes in detail several places of the Jewish district, as well as, both in the latter and in Othello, the famous Doge's Palace is present and well described. Among the places to see in Venice there are Saint Mark's Square, the Correr Museum, the Peggy Guggenheim Museum, the Rialto Bridge, the Royal Gardens and the Scuola Grande di San Rocco. 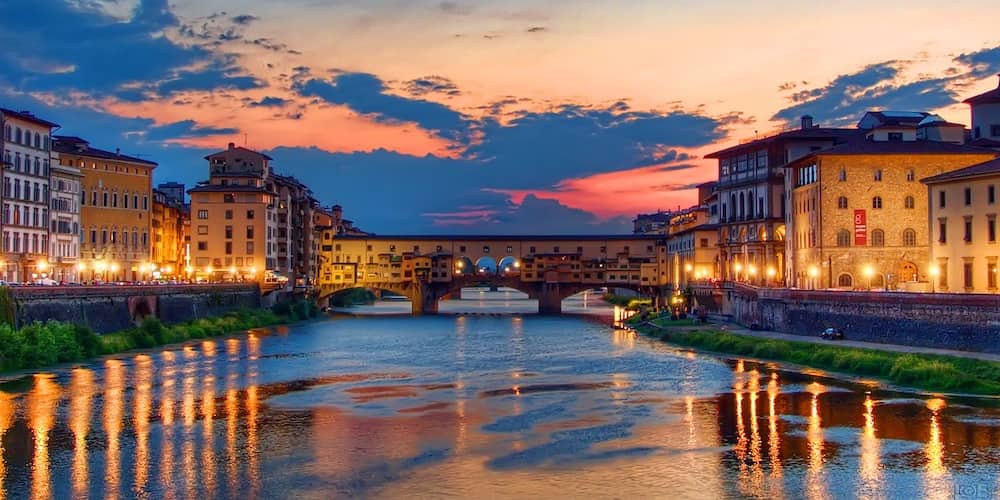 Florence was also the setting for one of the Shakespeare's plays, All's Well That Ends Well. The crucial moments of  Elena and Bertram's adventures take place in this beautiful Italian city, where Elena chases her beloved knight who had run away from her and their unwanted marriage. So while strolling near the Cathedral of Santa Maria del Fiore or along Ponte Vecchio you can also experience the atmosphere of a Shakespearean play. Other places not to miss during your visit to Florence are the Uffizi Gallery, Piazza della Signoria and Palazzo Vecchio, Palazzo Pitti and the Basilica of Santa Croce.

BOOK HERE YOUR ATTRACTIONS IN FLORENCE❯

Shakespeare set many of his works in the Italian capital, after all Rome is a city that has inspired thousands of artists for its grandeur and rich history. There are four tragedies set in Rome, Antony and Cleopatra, Coriolanus, Titus Andronicus and Julius Caesar, where you can experience the glorious atmosphere of the Roman Empire during its maximum splendor. In particular, in The Tragedy of Julius Caesar the playwright evokes some of the most beautiful places in the capital, many of which have now disappeared, but of which we can find traces at the Imperial Fora. Surely to relive the atmosphere of Shakespeare's "Roman tragedies" you should visit the Colosseum, the Baths of Caracalla, Hadrian's Villa, the Circus Maximus, the Pantheon and the Roman Forum.

BOOK HERE YOUR ATTRACTIONS IN ROME❯ 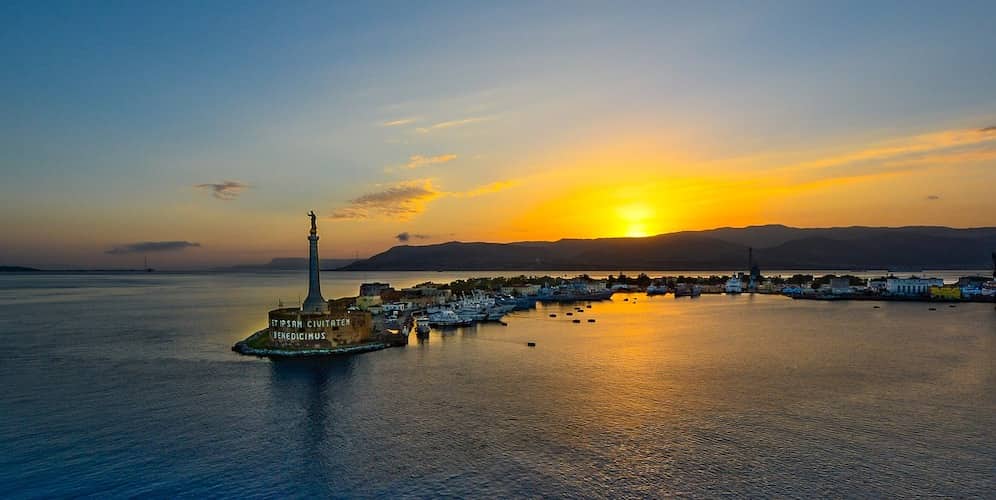 Sicily also plays an important role in Shakespeare's plays. Indeed, the comedy Much Ado About Nothing is set in the Messina of 1600. Among the places where the events of the play take place there are the Royal Palace, today no longer present but in its location we find the Palazzo della Dogana, the Church of San Giovanni Battista dei Fiorentini that rose where today there is the crossroads of the four fountains and the orange groves of a medieval villa. Other places to visit in Messina are surely the Cathedral of Messina, the Fountain of Orion and the Fountain of Neptune, the Galleria Vittorio Emanuele III and the very famous Strait of Messina.

BOOK HERE YOUR ATTRACTIONS IN MESSINA❯ 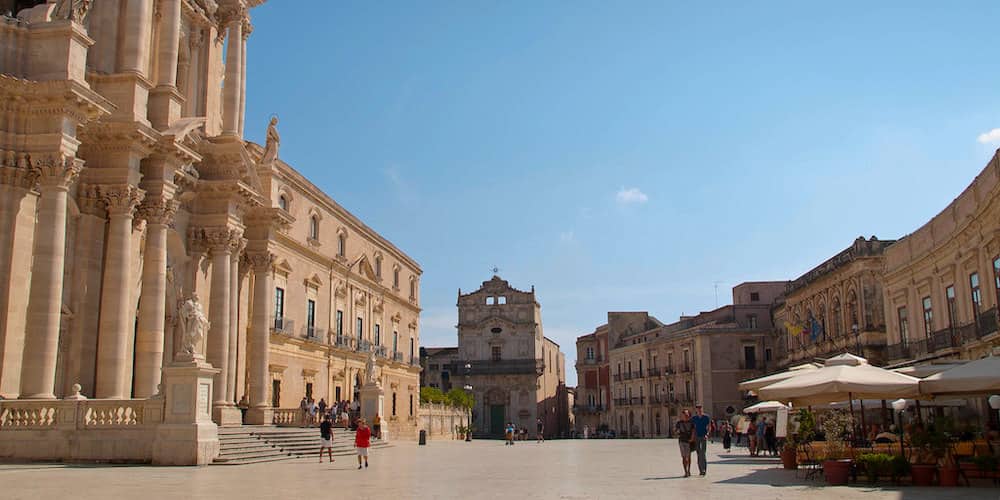 BOOK HERE YOUR ATTRACTIONS IN SYRACUSE❯ 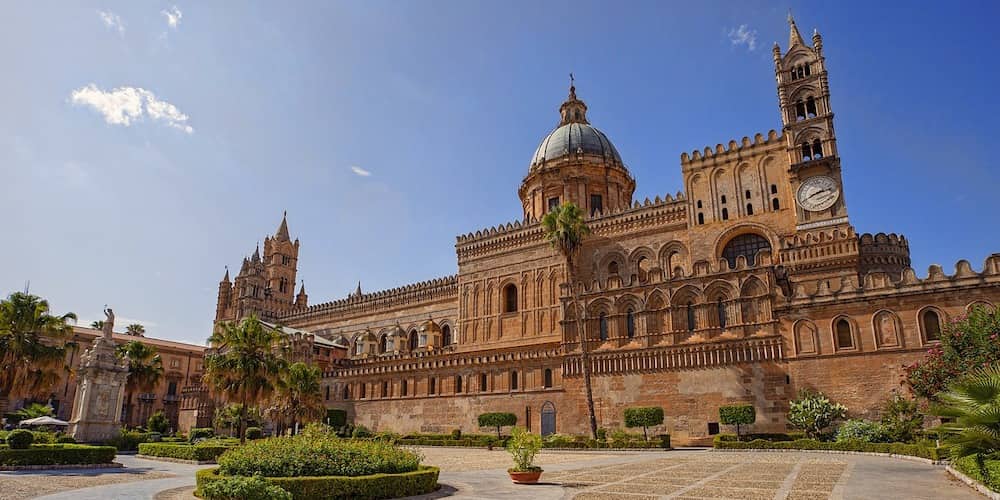 Our journey ends in the wonderful city of Palermo, the city where the tragicomedy The Winter's Tale is set. Although the play is set in a rather imaginary Sicily, at the beginning of the story the Palazzo dei Normanni, one of the symbols of Palermo, is perfectly described. Among the monuments not to miss during your visit there are the Palatine Chapel, the Palazzo della Zisa, the Palermo Cathedral, the Church of Santa Maria dell'Ammiraglio and the Ponte dell’Ammiraglio.

BOOK HERE YOUR ATTRACTIONS IN PALERMO❯