5 unmissable cities to visit in Sardinia

First trip to Sardinia? Are you looking for a place to visit but you don't know which one to choose? Discover the five cities you must visit in Sardinia and plan your next trip near the magnificent places to discover on the island.

Olbia is a north-eastern town in Sardinia as well as a major inhabited center and can be defined as the "capital" of the Costa Smeralda, a seaside tourist area recognized throughout the world for its crystal clear waters and the naturalistic spectacle it has to offer. A landing point, both by air and by sea to reach the smaller islands and the surrounding dream beaches, Olbia is also a center of interest. Wedged within the gulf of the same name, Olbia naturally excels from a tourist point of view given the vastness of natural areas it hosts, such as the Tavolara - Punta Coda Cavallo Marine Protected Area, the islands (just over twenty) and the beaches , but it does not lack architecture, monuments and archaeological sites typical of the entire island of Sardinia. Olbia also shares a period of Catalan-Aragonese domination together with numerous other cities and these influences have remained intact in the center over time, despite the incredible tourist growth of the city and the surrounding area. Although the municipal area is among the top 25 Italian municipalities by extension, the city center can be easily visited in a full day, allowing you to subsequently dedicate yourself to visiting and discovering the southern area, relating to the aforementioned marine protected area, and the northern area, home to famous places such as Golfo Aranci, Porto Rotondo, Porto Cervo, Palau and the Maddalena archipelago. 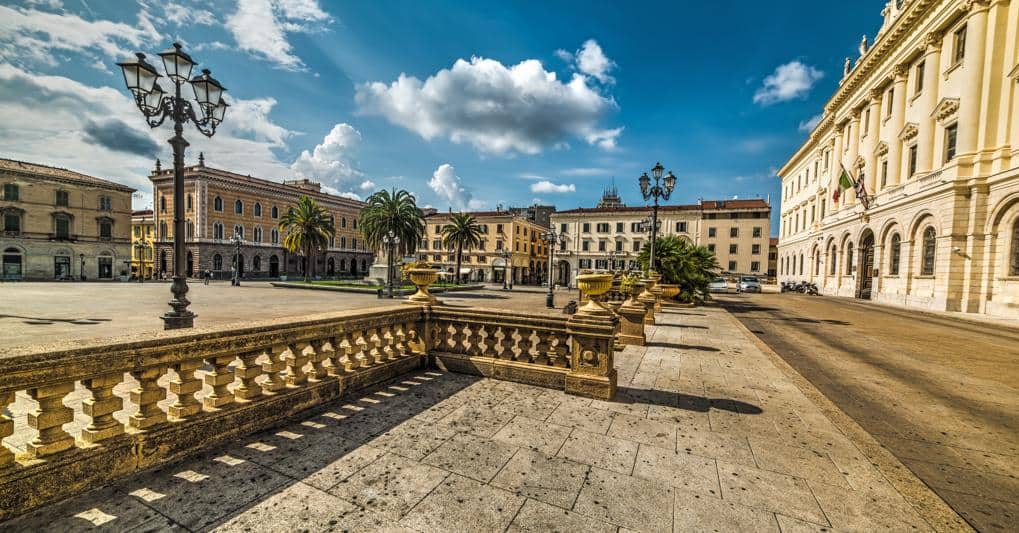 Sassari is a city located in the north-west of Sardinia. Although it has no access to the sea, about 15 kilometers to the north and about 25 kilometers to the west, it is the largest inhabited, historical and cultural center of the entire north-west area of ​​the island. Despite being very close to places of tourist interest such as Alghero (which hosts the nearest airport), the village of Castelsardo, Porto Torres and the peninsula of Stintino from which it is possible to reach the Marine Protected Area of ​​the island of Asinara, Sassari stands as a key center for arriving in certain areas of international naturalistic interest and at the same time remains capable of welcoming tourism thanks to the monumental, historical, cultural and archaeological richness it has to offer. Suffice it to say that the major cultural sites date back to the 12th century and have been preserved until modern times, such as the Cathedral of San Nicola. Characterized by a warm and light yellow architecture consistent throughout the city, the historic center of Sassari can be visited completely in a whole day, during which you will stroll intrigued by the desire to try the delicious local street food. Located on the north-west coast of Sardinia and about 45 minutes by car from Sassari, Alghero is considered and known as the "Barceloneta Sarda" or "little Barcelona": not so much from a geographical or tourist point of view, but because in the years it has preserved the use of the Catalan language, so much so that it is recognized as a monitored language both by the Italian Republic and by the Region of Sardinia. Capital of the Riviera del Corallo, that is a stretch of coast of north-western Sardinia that extends up to Bosa and so named for the presence of red coral in its waters that is worked to make jewels and ornaments since the times of ancient Rome, Alghero is a center of strong tourist importance, ranking every year among the top ten places in Sardinia visited by foreign tourists. Naturally rich in places of tourist interest of Spanish influence, there is no lack of historical architecture from the Gothic, Baroque and Neoclassical periods. Characterized by a system of fortifications that protects the city from the Mediterranean Sea, the so-called "Bastioni di Alghero" dating back to the 13th century, Alghero is very close to one of the most interesting places on the island: the Porto Conte Regional Natural Park, a protected area that hosts at its southern end the Neptune Caves, a popular tourist attraction rich in limestone conformations such as stalactites and stalagmites as well as an underground lake at sea level. 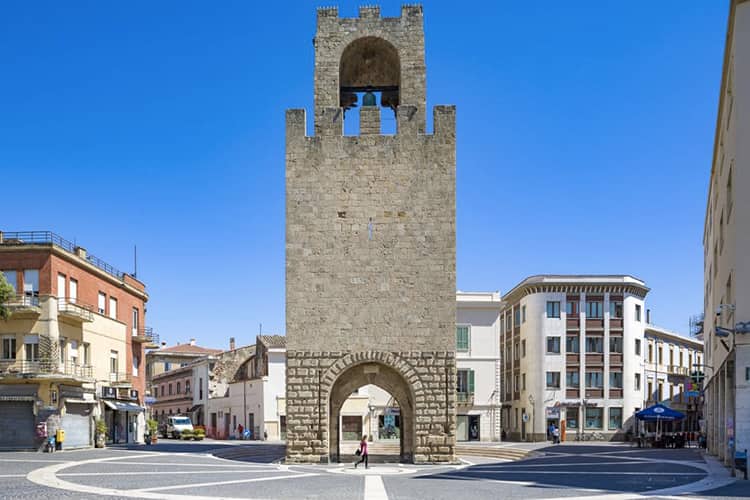 Geographically located in the center of the west coast of Sardinia and not far from the tides, Oristano is an ancient city of medieval origins. One of the most famous monuments is the Cathedral of Santa Maria Assunta dating back to 1130, destroyed by a siege and rebuilt under the reign of Mariano II, to which a Romanesque-style tower in the historic center of the city was also dedicated, the only surviving of the four. entrance doors of the ancient city walls. Oristano is a strategic point for visiting one of the most interesting areas of the entire west coast: the Marine Protected Area of ​​the Sinis Peninsula, an uncontaminated coast born from the remains of an ancient civilization. 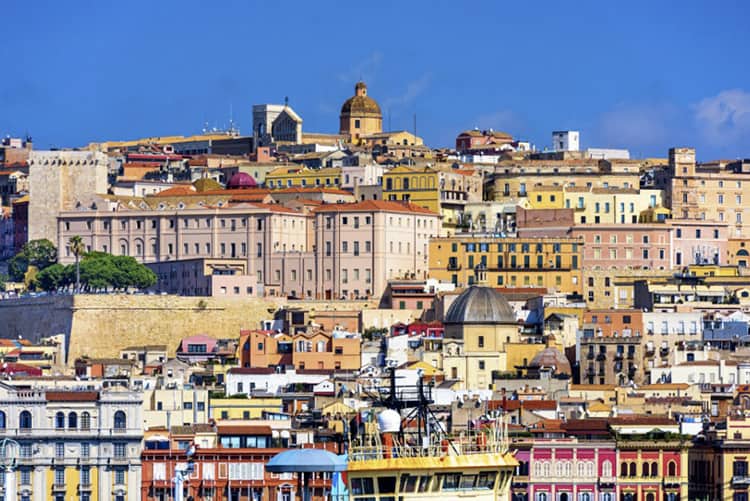 Capital of the autonomous region of Sardinia and located on the southern coast of the island, Cagliari is undoubtedly the richest city in the entire region. The long history and the varied influences and foreign dominations have contributed to giving the city a great cultural and architectural heritage, rich in colors and facets. In the "upper" part of the city you will find the fortified district of Castello (seat of the Cathedral of Santa Maria Assunta), the medieval heart of Cagliari and residence of the nobles until the period of the Second World War, given its peculiar position on a limestone hill (protected by yellowish ramparts) at 100 meters above sea level: a boundary wall descends up with a wide splendid curvature, vertiginous and at times Spanish-like. The oldest church in Cagliari is the Basilica of San Saturnino (or of San Saturno), built in the 5th century and modified in the Romanesque period. Near the historic center and the central station, the Necropolis of Tuvixeddu is noteworthy: the largest existing Punic necropolis which also preserves Roman tombs. Cagliari is definitely the most interesting center of Sardinia from every aspect, guaranteeing you an experience that does not end with the visit of the city itself but that will guarantee you interesting excursions to the western and eastern side of the coast, to discover suggestive southern beaches of the island: a naturalistic spectacle not very touristic but with excellent potential.