The Marine Protected Area of ​​the Sinis Peninsula: an uncontaminated coast born from the remains of an ancient civilization

A journey to discover the Sinis Peninsula and the surrounding Marine Protected Area: a naturalistic jewel of Sardinia that has its roots in an ancient history.

The protected marine area Sinis Peninsula - Mal di Ventre Island is a marine area located west of the city of Oristano that protects the environment including the Sinis Peninsula, characterized by a varied rocky and sandy coast, the Mal di Ventre Island, and the Scoglio del Catalano. The importance of the area derives from the tourist impulse it has received only in recent years, which has allowed it to evolve from a fishing village to a paradise location that welcomes tourists from all over the world.

The Sinis Peninsula: a small land extension to the Mediterranean Sea Starting from the suggestive Cabras, the Sinis Peninsula derives from a land extension that first pushes westward, and then extends southward forming a delicious and narrow stretch that is reflected almost 360 degrees on the sea. After leaving the hamlet of San Giovanni di Sinis, a small fishing center that still has the clear remains of the early Christian church dedicated to the aforementioned Saint from a tourist point of view, you can set off on a short but intense excursion on foot which will take you to the promontory of Capo San Marco passing through the archaeological site of Tharros: an area that can be visited that was founded by the Phoenicians around the eighth century b.C. near an existing nuragic village from the Bronze Age.

The archaeological area of ​​Tharros 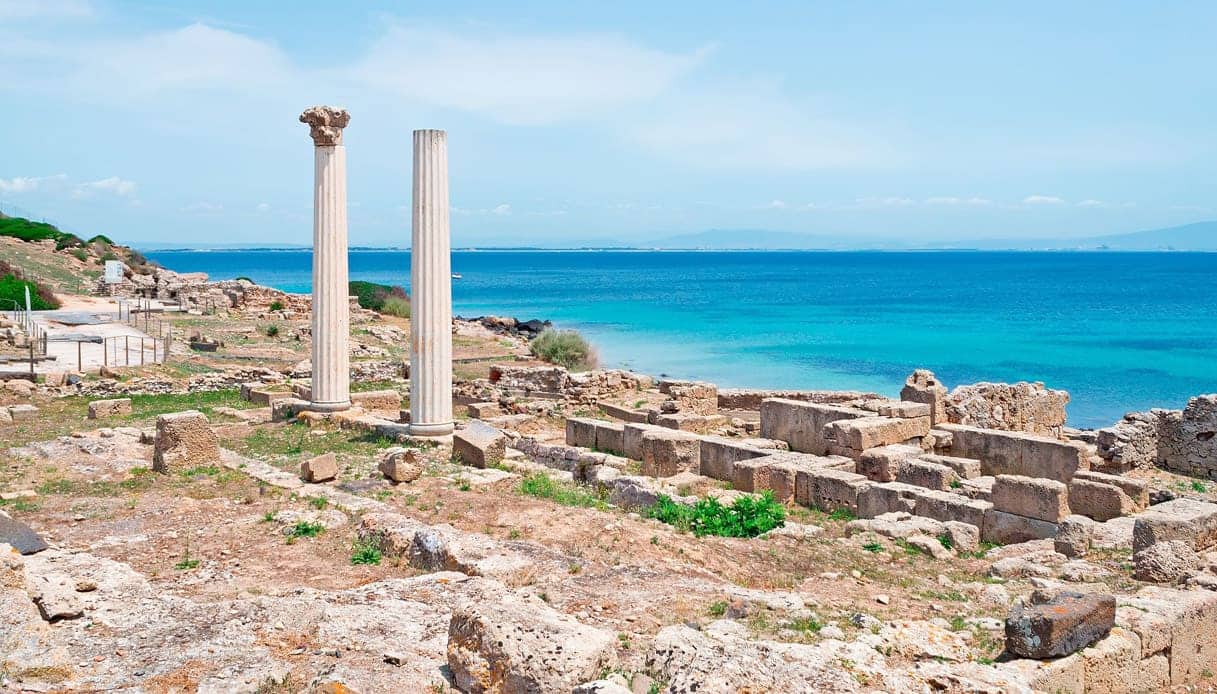 The archaeological site of Tharros is a real open-air museum: an area bordered by the Sea of ​​Sardinia on which excavations and discoveries of the ancient civilizations that lived in this place were brought to light. Among the visible structures you will find the tofet, that is an open-air Phoenician-Punic sanctuary, the ancient baths, the foundations of the temple and the houses with the related shops that surround it. Among the ruins of the ancient city, you cannot fail to notice the two restored columns which, despite the thousands of years that have passed, have almost totally maintained their peculiar and fascinating integrity. Within the area, a huge amount of artifacts have been found which are kept at the Archaeological Museum of Cagliari, the Arborense Antiquarium in Oristano, the British Museum in London and the nearby Municipal Archaeological Museum "Giovanni Marongiu" in Cabras, which stands as a home for all the archaeological finds found in the Sinis area and intends to retrace the history that the area has experienced over the millennia. In addition to the finds relating to the archaeological area of ​​Tharros, since 2014 the Cabras museum has hosted a section dedicated to the Giants of Monte Prima, sculptures of faces or bodies depicting wrestlers, swordsmen or archers.

Capo San Marco: the promontory that looks towards the horizon 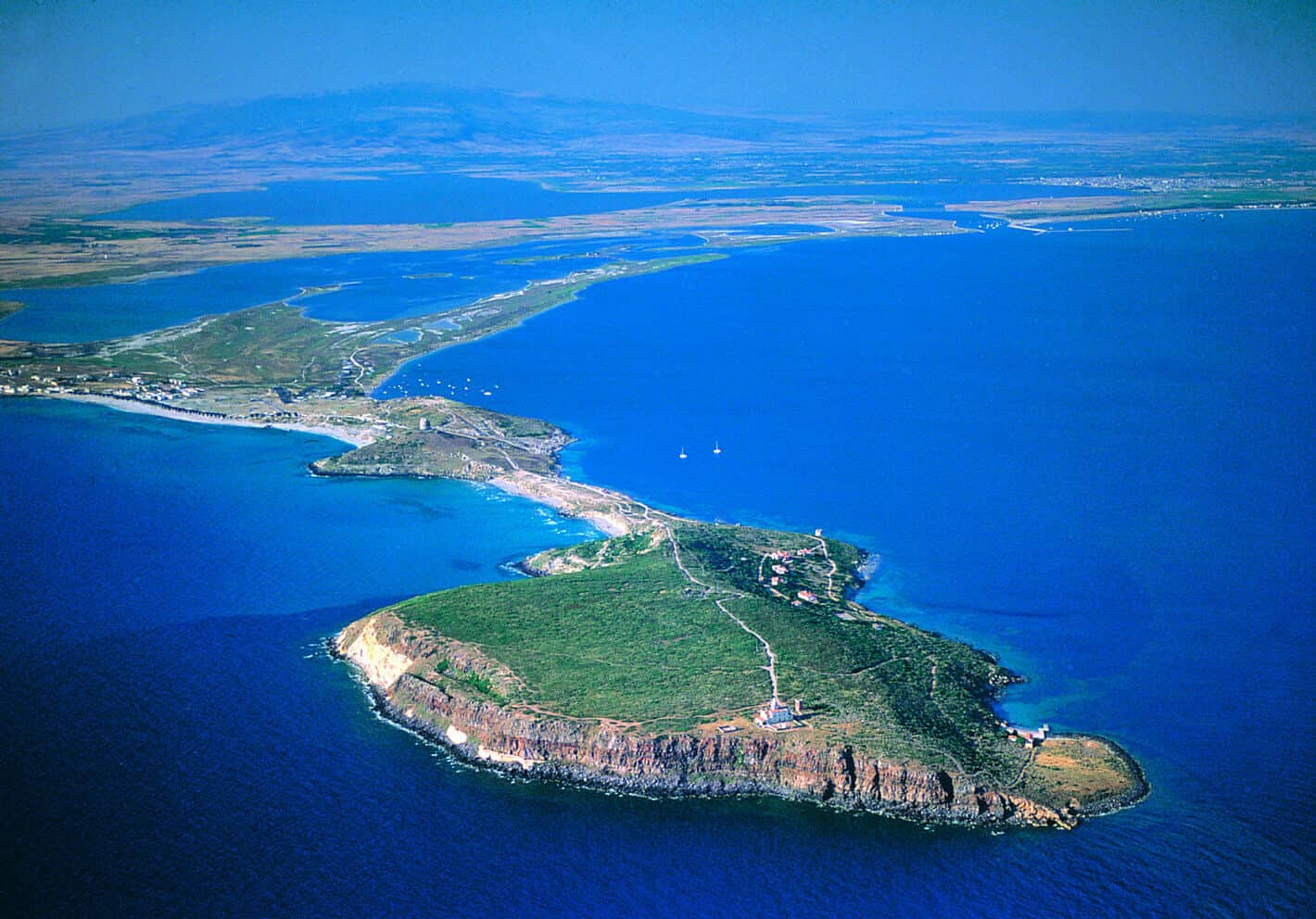 Going further beyond the archaeological area of ​​Tharros, between small street restaurants and free beaches, you will arrive at Capo San Marco, a strip of land that embraces the sea with a sheer cliff that houses the homonymous lighthouse on the top and, on the opposite side, the Old Tower. Characterized by an unparalleled natural beauty that even hosted the shooting of the film “A small southern enterprise” directed by Rocco Papaleo, you will have the opportunity to reach it easily on foot passing through the necropolis and Mediterranean vegetation or through a tourist train active in the summer months : Capo San Marco is an exclusive place for swimmers who, among centuries-old ruins and sea lilies, stop for a day on the wide beaches that frame it. It is also possible to reach the promontory by sea, as the province of Oristano which has favored the tourist growth of the area has equipped buoys for mooring and a small pier: a stop not to be missed for lovers of snorkeling and scuba diving. 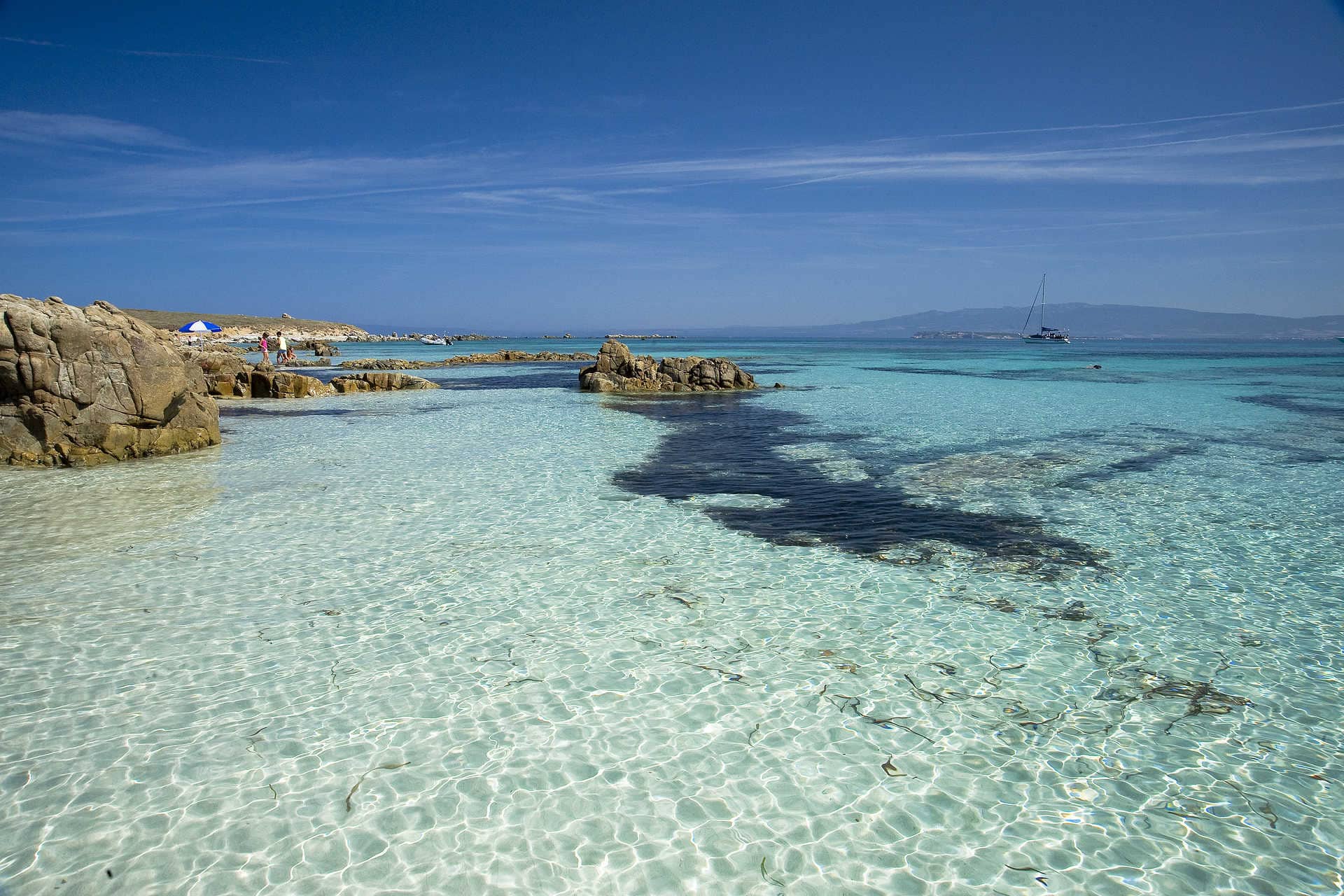 Off the Marine Protected Area of ​​the Sinis Peninsula there are two islands: the Scoglio del Catalano which has a diameter of just 700 meters and the Mal di Ventre Island, 9.26km west of Sardinia. The name of the latter derives from the Sardinian expression “Malu ‘Entu“, or “bad wind”, due to the changing and sudden meteorological changes affecting the island. Unlike the name suggests, as the winds hit the outer coast more than the inner coast, the uninhabited island (exactly like the Catalan Rock) is a silent and relaxing paradise for tourists who can rent a boat to land in one of the pristine sandy beaches.

What to visit nearby: Cabras 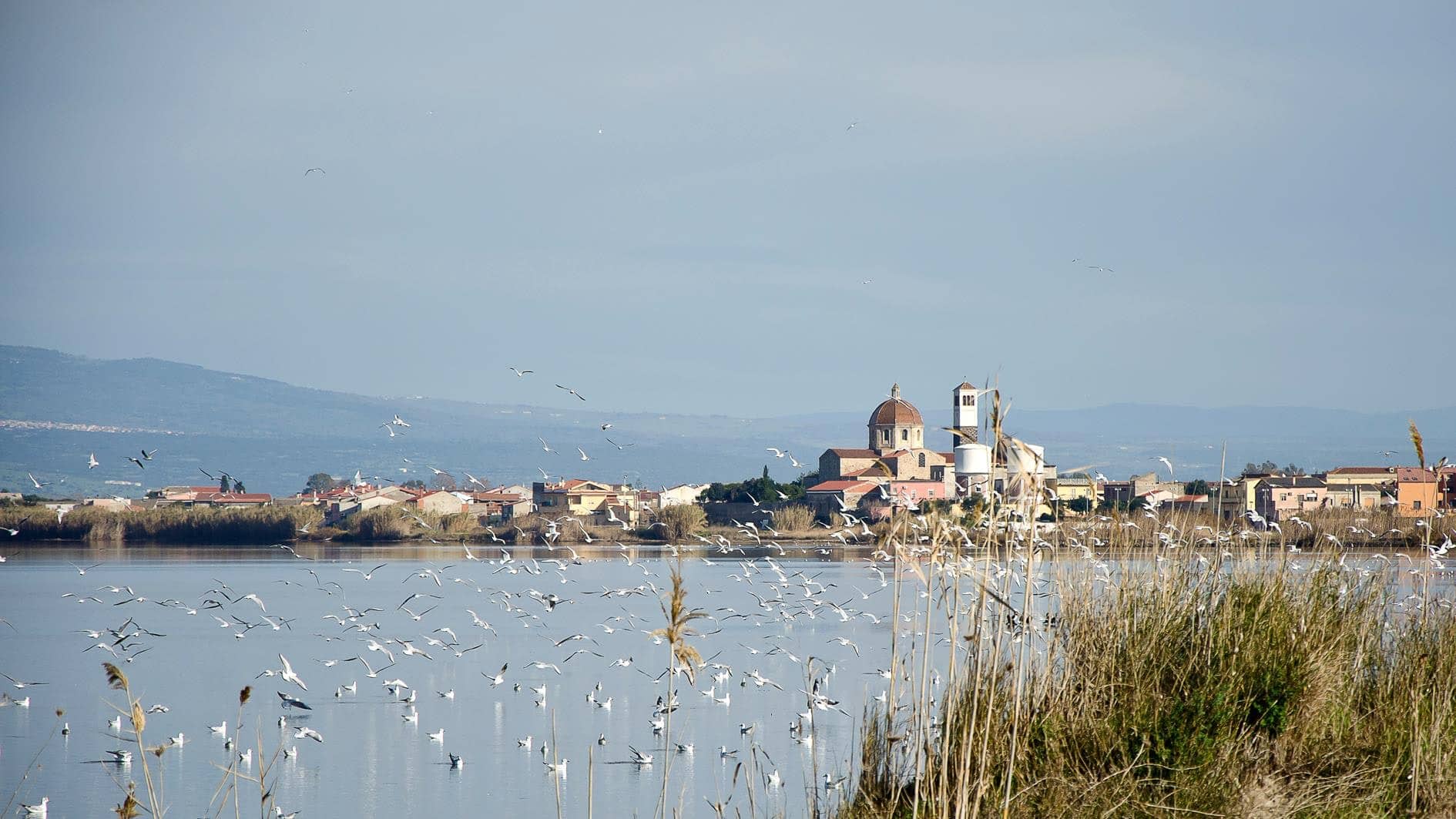 The Sinis Peninsula Marine Protected Area belongs administratively to the municipality of Cabras, a town about 15 minutes' drive from Oristano. In addition to being a mandatory stop to get to the coast of the Sinis Peninsula, the archaeological site of Tharros and the village of San Giovanni di Sinis with the church of the same name, it is a place famous for other places of naturalistic interest and for its religious architecture. First of all is the homonymous pond, which hosts at various times of the year numerous water birds including pink flamingos, the Spanish coastal towers that can be defined as a characteristic and peculiar element of the entire region, and the Parish of Santa Maria Vergine Assunta, a baroque building dating back to the 15th century which joins the ruins of the medieval castle of Cabras.