Verona, a city known all over the world as the setting of the tragic love story between Romeo and Juliet, is also a renowned land of wines. 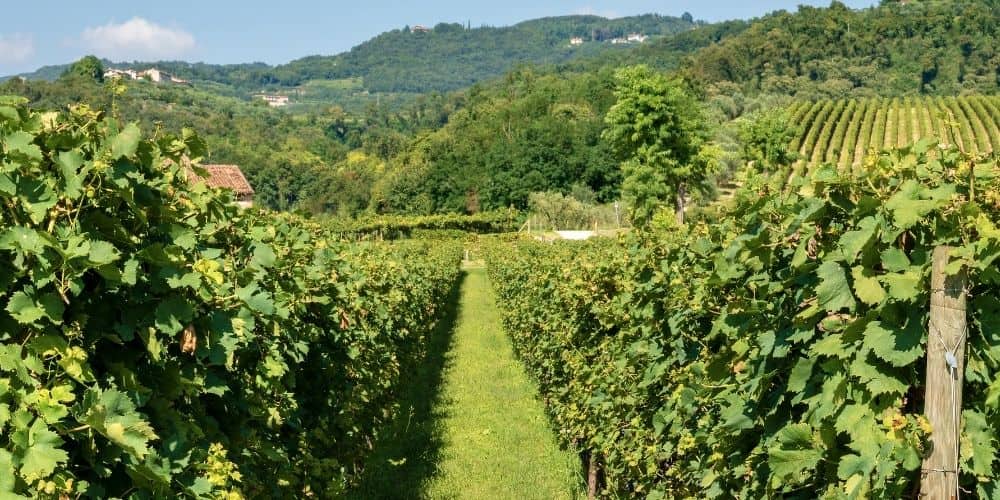 There are eight controlled designation of origin (DOC) production areas and five controlled and guaranteed designations of origin (DOCG) produced here, including Amarone, one of the most prestigious Italian wines. It is estimated, indeed, that 14% of all Italian wine is produced in the Verona area only. The province of Verona, with its historical and cultural beauties, villages and Lake Garda is an ideal tourist destination, so why not combining art and culture with an in-depth analysis of wines and gastronomic traditions thanks to a wine tour?

Art, culture and nature in the province of Verona

There are numerous places to visit in the province of Verona, in addition to the beautiful city itself, a UNESCO World Heritage Site. Among the villages we find Soave with its magnificent castle, Borghetto sul Mincio, a tiny hamlet where time seems to have stood still, and San Giorgio di Valpolicella, immersed in the olive groves and vineyards of Valpolicella.

On the other hand, there are several towns along Lake Garda that overlook its beautiful waters, including Lazise with its walls and romantic lakeside promenade, the enchanting village of Malcesine and its castle, Bardolino and its historic centre, perhaps here sipping a good glass of its wine, and Garda, the town that gave its name to the lake.

Nature lovers will find several parks to visit, including the famous Parco Giardino Sigurtà, one of the most beautiful parks in Italy, the Lessinia Regional Nature Park and the Molina Waterfall Park.

Wines and production areas of Verona 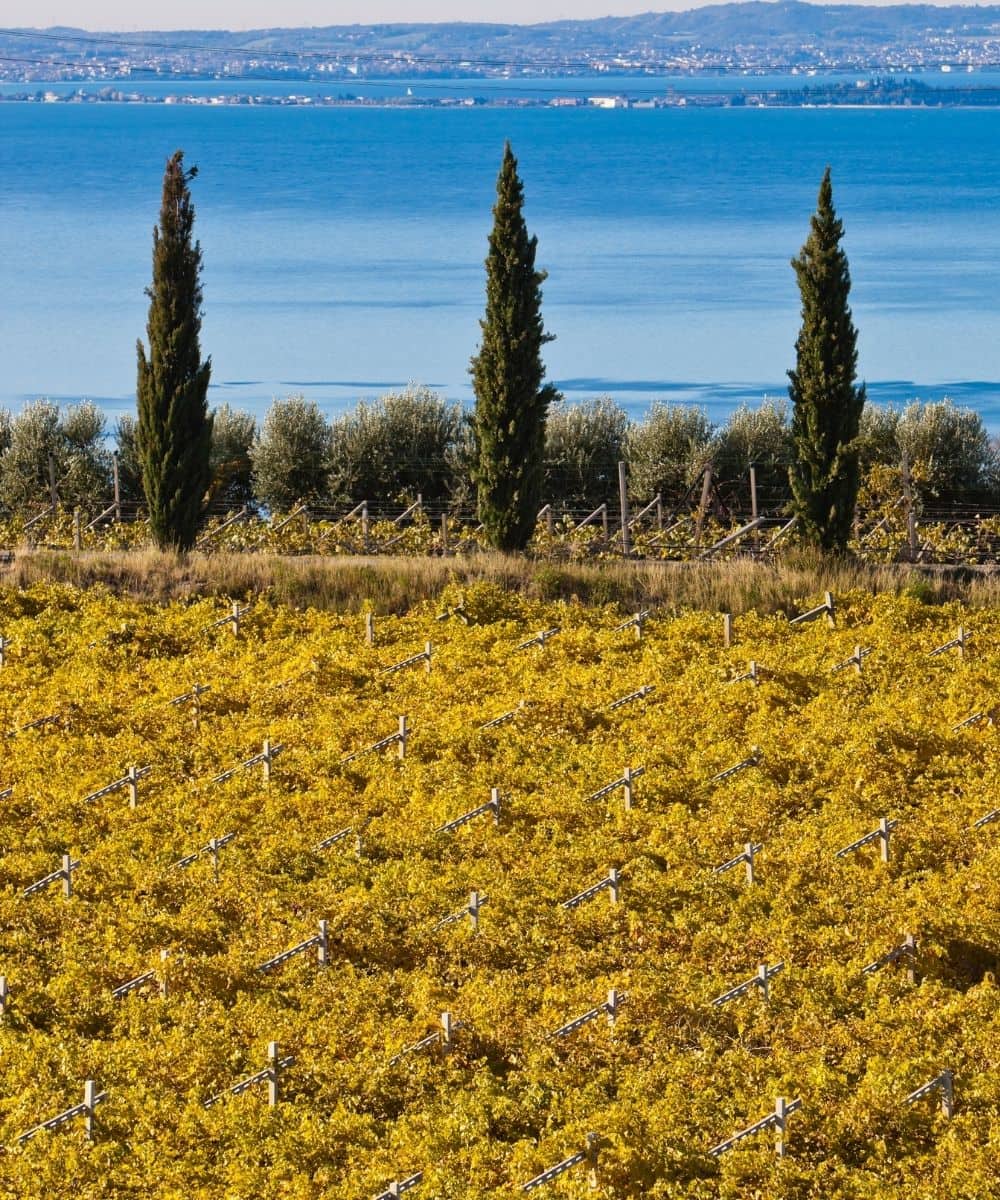 Wine production in the province of Verona is divided into eight production areas of controlled designation of origin (DOC): Arcole, Bardolino, Custoza, Lessini Durello, Lugana, Soave, Valdadige and Valpolicella. In the area of Bardolino, between the shore of Lake Garda and the slopes of Monte Baldo, Bardolino wine is produced, a ruby red wine with an elegant and pleasant taste. In the area of Custoza, on the other hand, the white wine Custoza is produced, a wine with a straw-yellow appearance and a pleasantly bitterish aftertaste, while in the area of Arcole a number of denominations are produced, divided between white and red wines.

In the hills between Verona and Vicenza, on the Lessina plateau, the spumante Lessini Durello and the spumante Monti Lessini are produced, while the Lugana area produces Lugana white wines or the spumante version. The Soave area, on the other hand, produces the Garganega grape and the Trebbiano grape from the union of which Soave is born, a famous wine that is divided into four different denominations. There are three wines produced in the Terra dei Forti or Valdadige area with the DOC denomination: Enantio, Casetta and Pinot Grigio. Last but not least, the Valpolicella area produces wines such as Amarone, Recioto, Valpolicella, Valpolicella Classico, Valpolicella Ripasso: the most prestigious wines of Verona.

Discovering Verona and its wines thanks to wine tours 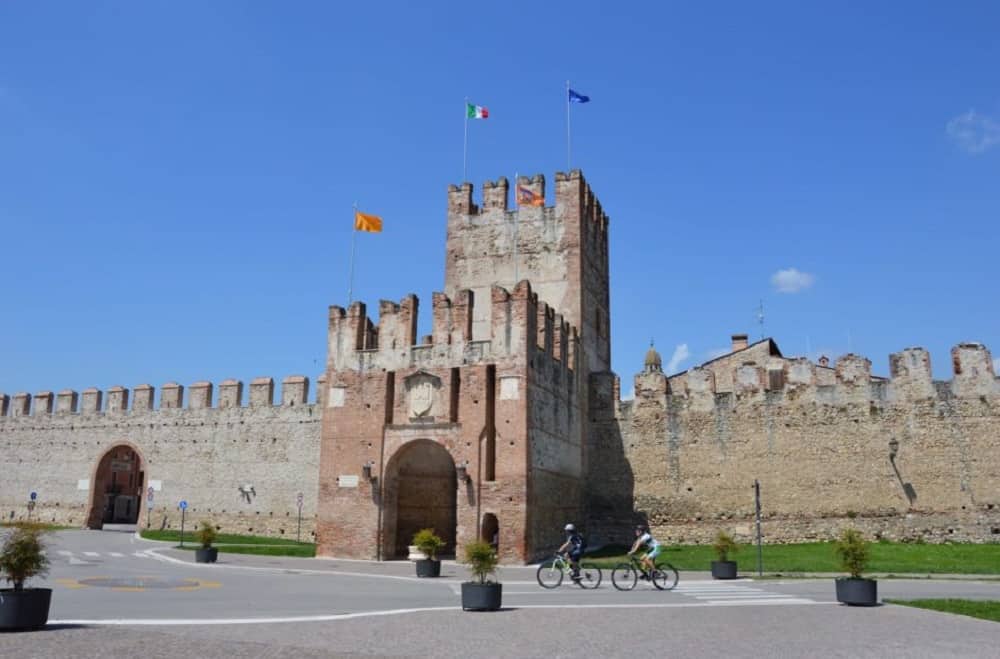 What a better way to get to really know an area than to combine art and culture with an in-depth analysis of its food and wine traditions? If you really want to discover the Verona area, Pagus Wine Tours, an agency that offers wine tours and wine holidays, is just what you need. Pagus Wine Tours was founded eighteen years ago as a cultural association with the aim of promoting the Valpolicella area; today the association organises both group and private wine tours in all the wine production areas of Verona, such as Soave, Bardolino, Custoza and Valdadige. Their wine tours take you on a discovery of the history of this beautiful area, through both traditional and modern wine routes, all accompanied by expert sommeliers and guides.

The group tours are an opportunity to spend a great day discovering Verona and its wines in the good company of other wine lovers. The guide will explain everything about the history of the area and the method of production of the most important wines, taking you along unusual routes to visit high-quality wineries and spectacular villages. There are several proposals offered on their website, such as "A Sunday of Amarone", to spend a relaxing Sunday in Valpolicella tasting its wines and its most delicious dishes, or "Walk and taste in Verona", to visit the beautiful city while tasting the most famous wines of the region. If the proposals already present do not satisfy your expectations, thanks to the private tours, Pagus Wine Tours can organise the visit according to your needs and tastes.

Pagus Wine Tours can offer you much more; there are several activities they organise for you to enjoy authentic experiences, such as cooking lessons among the local vineyards, tours with a marriage proposal, tours for your honeymoon, tours to celebrate your birthday and even package tours to spend a holiday in the name of good wine.