Sardinian gastronomy is famous for its simplicity and its connection with local traditions. At the base of the typical preparations we find durum wheat semolina, sheep meat, cheese and honey. Every recipe is linked to the island life, authentic and true as its unspoilt nature.

Sardinian gastronomy is famous for its simplicity and its link with local traditions. At the base of the typical preparations we find durum wheat semolina, sheep meat, cheese and honey. Every recipe is linked to the island life, authentic and true as its unspoiled nature.

But what are the first ten dishes of the Sardinian tradition?

Speaking about Sardinian cuisine, you can not fail to mention Carasau Bread. Traditionally, the preparation was collective: each member of the family was involved. In particular the women of the house, sas cochitoras, who knead bread singing and telling distant memories.

Carasau bread is made of durum wheat flour, water, salt and yeast.

The dough is then divided into small pieces and spread into single very thin sheets that will be cooked in the oven until you reach the characteristic crunchiness.

One of the tastiest seafood dishes. Commonly known as Venus hair and sea anemone, they are a species of actinias common in the Mediterranean. They are collected by detaching them from the seabed with a blade or fork. Insemolated and fried, they are eaten as an appetizer; but they are also excellent with linguine and bottarga. It is a very popular dish especially in the areas of Oristano and Cagliari. 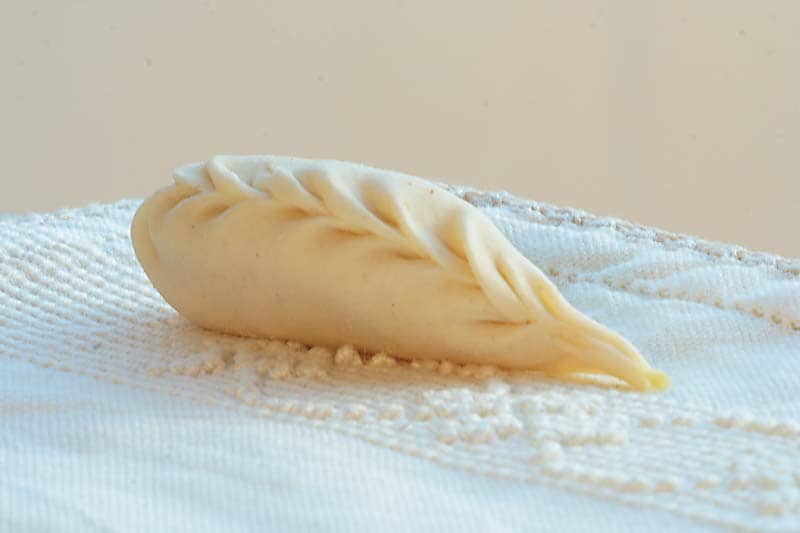 In Sardinia, each village has its own version of these typical stuffed bundles, therefore different variants are known. The semolina pasta, water and salt is filled with mashed potatoes seasoned with pecorino, parmesan, lard, fried onions and mint. The stuffed pasta is then closed with an elaborate spike seam that changes according to the occasion for which they are cooked. A delight for the eyes and the palate! 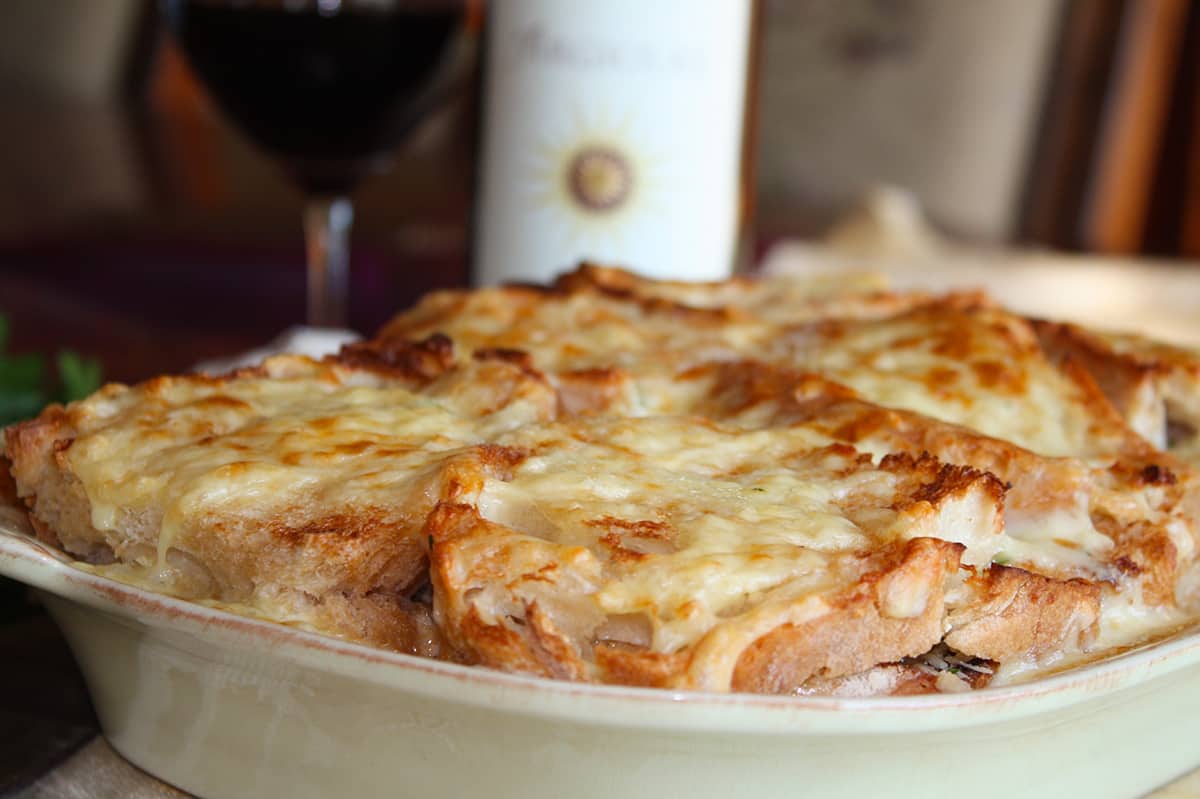 Typical dish of Gallura, in the north of the region. Despite the name, it is not a real soup. It is made up of layers of bread topped with cheese and sheep broth. Everything is cooked in the oven releasing a series of very intense flavors. The so-called "Sardinian gnocchi" have a very particular shape: it should remind a calf, the malloreddus in fact. A dish linked to the pastoral world, therefore. The ingredients are durum wheat semolina and water. The dough is quickly rolled up on the surface of a basket to give it its classic shape. They are usually accompanied by tomato sauce and sausage.

It means breadcrumbs. It is a typical Sardinian pasta made of semolina and rolled into small balls.

The preparation is very reminiscent of couscous. The durum wheat semolina is mixed, gradually adding salt water to the dough. It can be seasoned in many different ways, with meat, fish and vegetables. A particular dish, almost a bit ethnic, which takes you back to distant worlds but, at the same time, remains in the tradition.

The suckling pig is normally between thirty and forty-five days old and weighs about seven kilos. It is cooked on a spit vertically, on juniper or olive embers, or buried in a hole on myrtle embers. Cooking is very slow and involves the use of local salt and aromatic herbs. 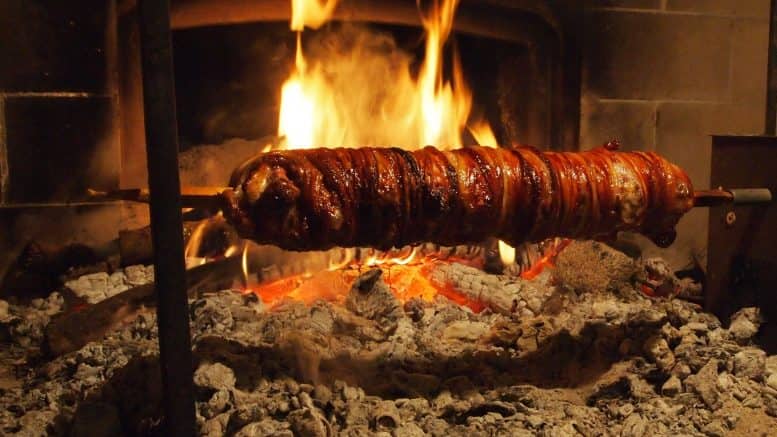 Also called braid, due to its shape, it consists in the processing and union of the intestines and lamb intestines. It was prepared during the holidays, but currently it is consumed without special occasions.

Its processing is decidedly laborious, it is roasted in large fireplaces or cooked in a pot with peas. A very strong and decisive flavor but definitely to be tried to test the authenticity of pastoral cuisine.

It is not exactly a recipe, but a typical product of the region. These are dried mullet eggs and can be enjoyed in thin slices, or in powder form to season the pasta. Its origin is in Cabras, a small town located on the west coast of Sardinia. 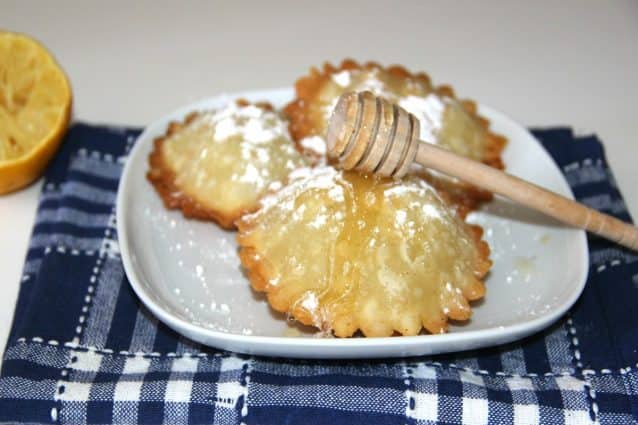 And finally, one of the most famous traditional sardininan desserts. These are fried ravioli with semolina and lard, filled with fresh cheese left to sour for a few days. When hot, they are covered with honey. A real delicacy, therefore, above all thanks to the contrast between sour cheese and the sweetness of honey.

All these dishes can be combined with typical wines such as Vermentino Argiolas, Cannonau or Mirto to conclude the meal. All suitable for rediscovering the authentic flavors of the Sardinian island.