Discovering Uri: the village in Sardinia famous for its artichokes

Uri is a village in Sardinia famous for its excellent food products and signs of ancient history. Let's discover the land of artichokes and oil.

Situated between Alghero and Sassari, in the north-west part of Sardinia, Uri is a small village in the hills near lake Cuga. The village and its ancient nuragic complexes take the visitor back to the origins of the North of the island. Exploring the surroundings, walking through history and taking part in its popular festivals as the Artichoke Festival is the best way to get to the heart of the folklore and tradition of this town.

Uri is famous for its good wine, the excellent oil and especially for artichokes, a product of excellence, to which is dedicated the Artichoke Festival, one of the main events of the area.

In addition to strong gastronomic traditions, as in many Sardinian villages, there is typical dress. Uri's dress is one of the most beautiful on the island.

But the beauty of this place is also in its history that peeps out from the Nuraghi (high stone structures of conical shape) and the beautiful monuments that decorate the historic centre. A village and a territory to discover and experience!

The Sardinian Spiny Artichoke and the Uri Artichoke Festival

Let's start with one of the most important events in the entire region, which attracts many tourists and visitors to the Sardinian village of Uri every year: the summer Artichoke Festival. The absolute star of the festival is him: his majesty, the spiny Sardinian artichoke, tasty and fleshy.

The whole identity and folklore of the village are preserved in the event, the perfect opportunity to taste this fantastic product with PDO denomination. You can taste excellent Sardinian artichoke dishes prepared according to traditional recipes and innovative interpretations. But also other delicious local specialities such as cheese, oil and wines. And in addition to the food and wine aspect, the calendar is always packed with many cultural and folklore events, such as songs, dances, musical performances and craft exhibitions.

The first edition of the festival dates back to 1990. It has always wanted to stimulate the area's agricultural development and create a unique link between tradition, gastronomy, history and tourism. Today, it is part of 'Salude & Trigu', the Sassari Chamber of Commerce programme that aims to help tourists and the curious get to the heart of the traditions and folklore of northern Sardinia. The places to discover and the culture of this part of the island are an infinite heritage. This project relaunches the territory's most significant events in local culture to allow us to experience them from the inside and savour their smells, sounds and flavours.

The Uri Artichoke Festival is held every year at the same time, and the 2022 edition will take place on 5 and 6 August.

The flagship of Uri craftsmanship in Sardinia: the traditional dress

The traditional dresses of the villages and towns of Sardinia have an old-world charm that makes us leap into the past. They are a mix of elegance, attention to detail and ornaments that sometimes have magical significance. That is why they are an enormous and beautiful treasure not to be missed.

The traditional female dress of Uri is characterised by a black skirt ('sa munnedda') with a tertiple flounce, a murè apron and a headdress ('su mancaloru'), made of tulle or silk, maintained by a white satin or brocade cap.

The dress is also rich in jewellery: the buttons that close the shirt ('sos buttones de pettorra'), the filigree buttons that close 'su corittu', four on one arm and four on the other, the gold medallion, a coral necklace and the earrings ('sas pendinas') also made of coral.

What to see in Uri 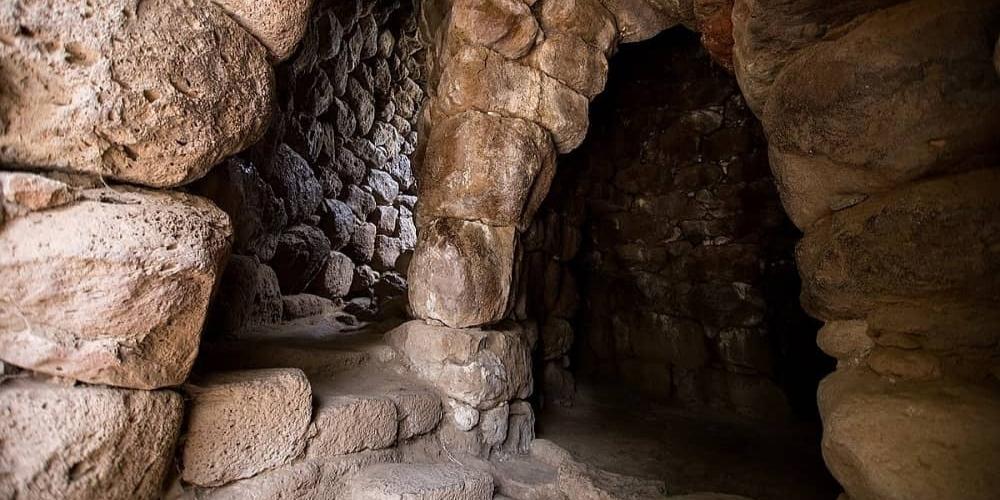 The curious name of this site derives from the latin word Urium to indicate the marshy area where the ancient city rose.

Uri boasts a very ancient past: the first human traces date back to the Nuragic Age (dated from 1800 BC to the 3rd century BC.); later it fell under the dominion of the Roman Empire but the village continued to be inhabited even after the fall of the latter.

Testimony of its important history is the Nuragic Complex of Santa Caterina ('Cadrina' in the local language) located right in the center of the town. It consists of a nuraghe with two secondary towers surrounded by the remains of the ancient village with well and vestiges of huts.

The nuragic past of the town is accompanied by the medieval one: the church of Santa Croce (XI century) is one of the most important of the area with its octagonal bell tower and its particular gray marble floor.

About ten kilometres from the town, the Nostra Signora di Paulis ruins are also worth visiting. They stand along the route of an ancient Roman road. This is called 's'istrada de sos padres' (the fathers' road) and connected the abbey of Paulis to that of Santa Maria di Corte di Sindia.

Lake Cuga also presents a peculiarity. It takes its name from a disappeared village whose remains are still visible in the dry period. In proximity of its shore there are almost ten ruins of nuraghi, dating from the ancient Bronze Age. 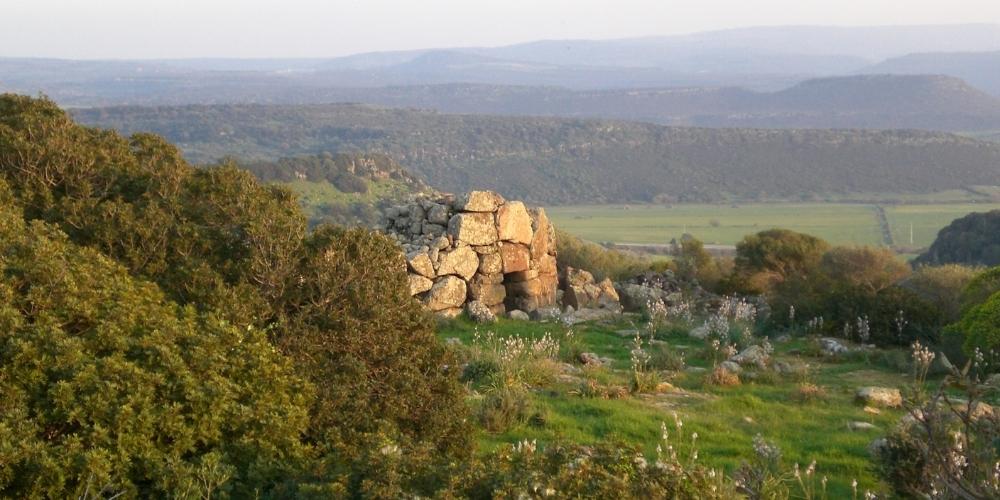 For lovers of the past and archaeology, there are some must-see stops near Uri.

Representing the pre-nuragic settlements of the area, not far from the hamlet, there is the Fortress of Monte Baranta with its walls almost three meters high and its defensive towers made of majestic stones.

If you visit Uri, moreover, you cannot miss S'Incantu, the Necropolis of Monte Siseri, in the territory of Putifigari. It is a complex of four domus (ancient tombs) dating back to five thousand years ago, among which stands out the tomb of the painted architecture, the only one visitable, with its sculptural details and refined painting.

Another important necropolis is that of sa Figu in the municipality of Ittiri. Here you can visit the remains of a megalithic enclosure of prehistoric age (according to some theories intended to expose the corpses so that they were stripped by vultures) and the ancient tombs of the same period.

Among the villages surrounding Uri, it is certainly worth visiting the village of Usini, an agricultural center of medieval origin in the Sassarese area, famous for its archaeological sites and wine tradition; Tissi with its prehistoric remains; Olmedo whose traditional activity of bread-making marks events and daily life; Ittiri with its monuments and sculptures in red trachyte (local stone) and Ossi with its spectacular Neolithic necropolis.