First "Luca" with the Cinque Terre and then the live-action of the Little Mermaid in Sardinia. Italy as a fairytale destination!

If you can dream, you can do it. 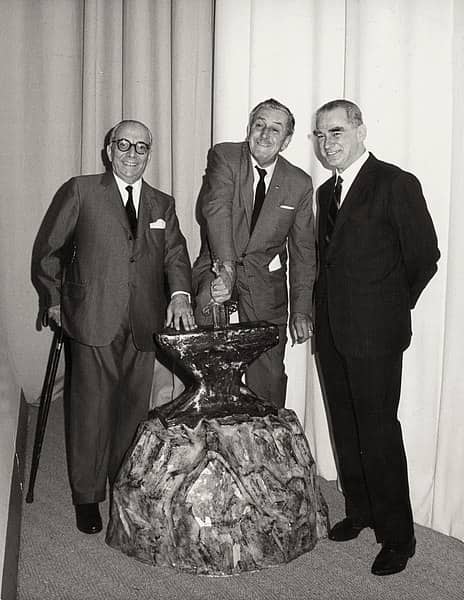 In the February of 2014, the Italian director Marco Spagnoli wrote and directed the documentary "Walt Disney and Italy - A love story".

The movie was born to tell the strong relationship, for many unknown, between the founder Walt Disney and Italy. It tells about the post-war and travelling abroad wasn't so usual, in particular among different continents. Mr Walt Disney often travelled in Italy, particularly in Milan and Rome, to meet Italian personalities that he considered an "inspiration".

He met the Italian director Federico Fellini to congratulate him on his first Oscar Award. The documentary explained how Walt Disney used to love to discuss with the Italian artists and intellectuals. In comparison, the Americans recognized him as a tycoon; the Italians saw him as an artist, first of all.

Topolino survived during the Fascism period 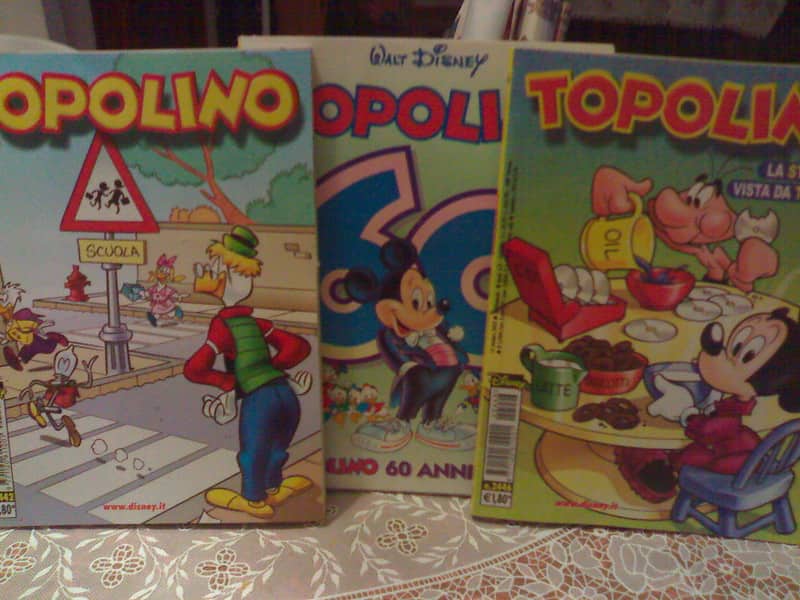 Topolino (from the Italian name for Mickey Mouse) is an Italian digest-sized comic series featuring Disney comics. The series has had a long-running history, first appearing in 1932 as a comics magazine.

The reason why was choose Italy as publishing head office was that at that time, it was the Nation that liked more Disney. During the Second World War, Topolino was the only American comic that the Fascists didn't ban in Italy.

The Italian litterature in Disney

From Topolino also special editions were published, like  The Betrothed Ducks and The Inferno of Mickey Mouse.

They are comic parodies of important classics of Italian literature, like The Betrothed by Alessandro Manzoni and The Divine Comedy by Dante Alighieri.

Many Italian students have read these comics and funnily learn classic literature.

1. Cars 2: the race track inspired to Amalfi Coast and Portofino 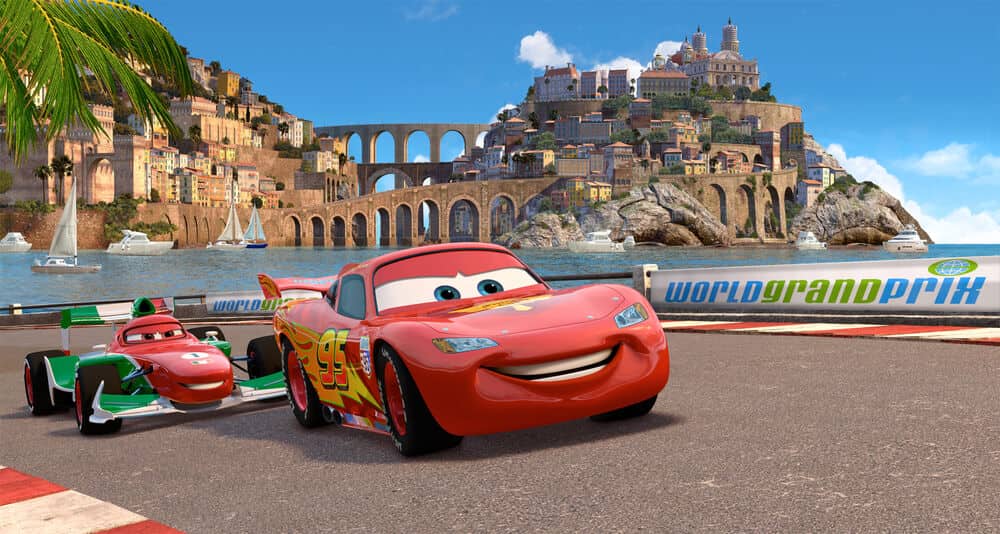 In Cars 2, the cartoon movie directed by Brand Lewis and John Lasseter, the protagonist Montgomery McQueen competes on the race track of Porto Corsa, an imaginary city that takes inspiration from Amalfi Coast and Portofino.

There are rocks that "plunges" in the shimmering sea, the typical houses anchored on the rock, the characteristic arcades of the route Statale 163 Amalfitana, the seaport with the V.I.P. yachts...

2. Liguria: the Cinque Terre in Luca 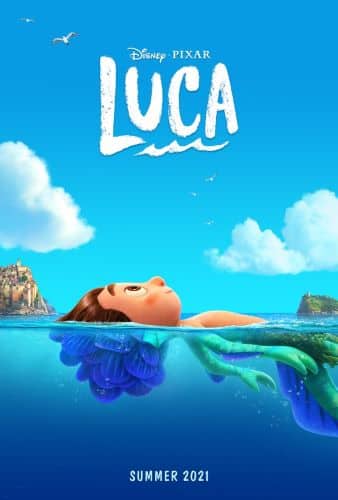 "Luca" movie is a tribute to Liguria, in particular for the Cinque Terre. Its director Enrico Casarosa brings on the screen the remember of his childhood in Liguria, that then he left when he was 24 for studying cartoon in New York.

He chose Cinque Terre because "they seem to have stopped in the time and this is almost magic!".

"Luca" is the story of two children who on the mainland have a human aspect, while if they touch the water, they transform into sea monsters. It is a friendship story and Italian holidays.

The movie takes place in Portorosso, an imaginary village made by the designer Daniela Strijlva. She made it taking the best of every Cinque Terre's village. She designed it for four years. Portorosso's square takes inspiration from that one of Vernazza, Giulia's house from a building in Riomaggiore.

Not only Cinque Terre but also other places in Liguria have been an inspiration for the movie. For example, the seaport of Camogli, full of colourful buildings, inspired that one of Portorosso.

3. The Little Mermaid swims in the sea of Sardinia 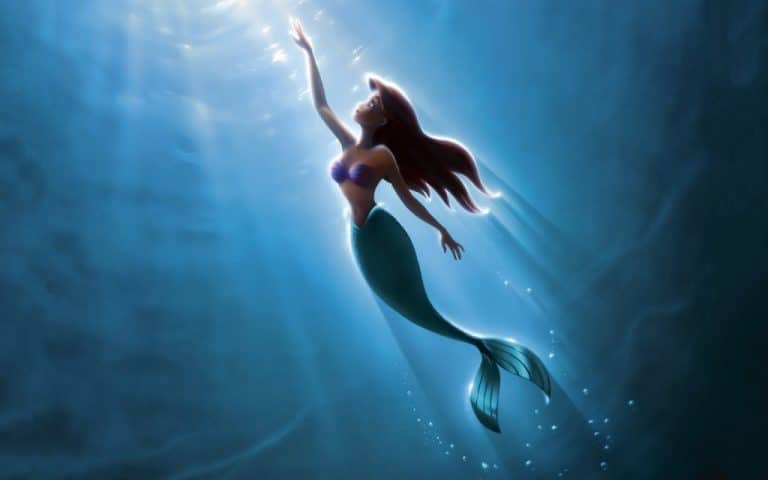 Castelsardo, Golfo Aranci and Santa Teresa di Gallura: are the locations in Sardinia chose for making the new live-action Disney movie of The Little Mermaid. It tells the story, with real actors, of the classic Disney cartoon dated 1989, that everyone knows and loved when we were children. And now we can't wait to watch this new version!

On the Cala Moresca beach, the movie troupe has recreated a fishing gulf. This wonderful bay is one of the best beaches in Sardinia. It is on the slopes of the Capo Figari promontory and is detached from the village. Here there is beautiful emerald water. And it is no coincidence that Hollywood chose it for The Little Mermaid movie.

Moreover, there is already a mermaid in Golfo Aranci, but she isn't always visible. She is located at the beginning of a tourist seaport and is a bronze statue made by the artist Pietro Longu from Bortigali. It emerges from the sea at certain times of the day, introduced by Sardinian music. It is a tribute to the Sardinian woman that welcomes visitors and fishers.

The existence of this mermaid contributed to the Mermaiding spread, swimming with the mermaid's tail, an activity recognised by FIN (Italian Federation of Swimming). And, just in Golfo Aranci, there is the first Mermaiding school founded in Italy.