The 5 most beautiful villages in Sardinia

A journey from the North to the South to discover the most beautiful, fascinating and interesting villages in Sardinia.

Sardinia is an island in the heart of the Mediterranean Sea, famous as for its summer tourism, given the numerous seaside resorts that overlook the sea from all sides, and as from a historical point of view, given the famous Nuragic civilization that lived in those lands and of which remains and archaeological finds can still be visited today. Characterized by its exhilarating and unspoiled natural beauty, Sardinia is home to six of the most beautiful villages in Italy, a recognition granted by a private association to places with a strong historical and artistic interest. Excluding Bosa, a picturesque colorful village we have already talked about earlier, today we will analyze the remaining five villages by simulating a journey from the north to the south of the island. 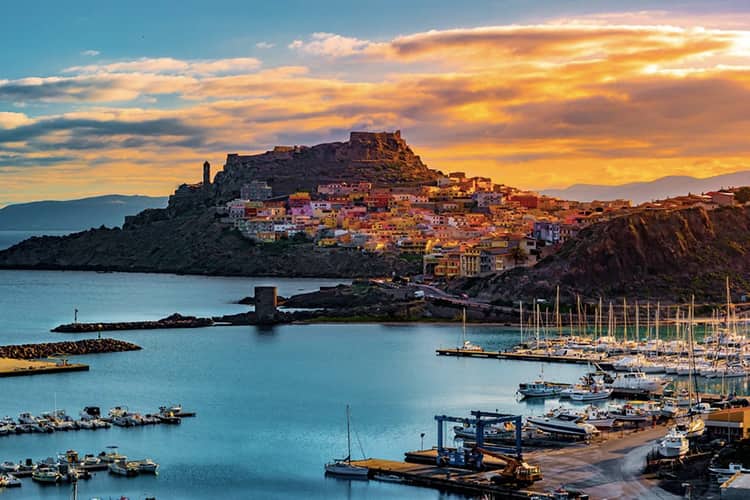 Village located north-east from the city of Sassari and about 40 minutes by car from it, Castelsardo has been defined as one of the "Historic Cities of the Mediterranean Sea". Before obtaining various awards relating to the tourist, historical and cultural interest it preserves, and becoming one of the most beautiful villages in Sardinia and Italy, Castelsardo was one of the seven royal cities of the Aragonese and Spanish Kingdom of Sardinia, or one of the seven inhabited centers that from 1327 onwards obtained the title of city during the period of Iberian government. Castelsardo became a royal city in 1448 with the name of Castillo Aragonés (Aragonese Castle) changing its name from the previous one of Castel Genovese (or Castel Doria). In addition to Castelsardo (which assumed its current name during the reign of Carlo Emanuele III), Bosa also obtained this title about 50 years later.
Castelsardo is an inhabited center that rises at the base of a small promontory above which there is the Castello dei Doria dating back to 1102, now home to the Museum of Mediterranean weaving, the most visited museum site in Sardinia. The entire village, built on the rock and entirely surrounded by mighty walls overlooking the Gulf of Asinara, is not only rich in religious, civil and military architecture, but also in several free and equipped beaches as well as archaeological sites such as the Torre di Frigiano that separates the city center from the tourist port and the nuraghe, typical stone buildings of the island. 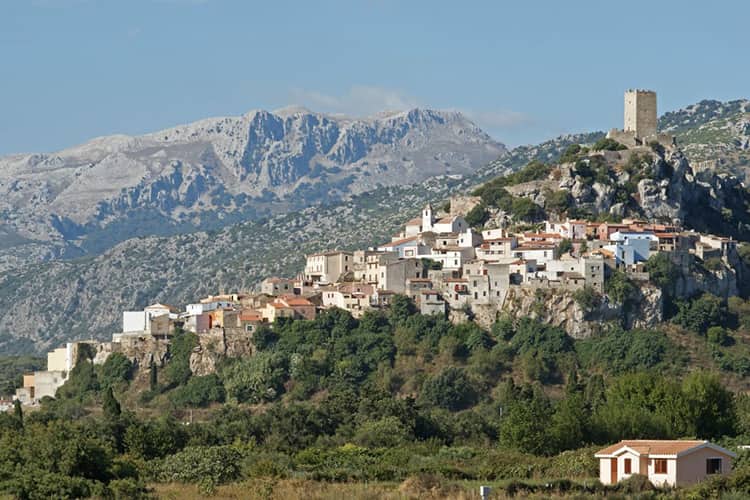 On the eastern side of Sardinia and located between the cities of Olbia and Nuoro, the village of Posada is a small urban center located at the foot of a limestone hill on which stands the Castello di Fava, the medieval fortress that dominates the town and the valley surrounding. It was the residence of the kings of Gallura, the area currently belonging to the province of Olbia, and it0 assumed that the castle was built at least before 1200. In addition to preserving a charming historic center that will take you up the hill to allow you to visit, externally and internally, the castle, Posada is also famous for the surrounding valley (characterized by the presence of archaeological sites) and the coast on which it overlooks, winner for several consecutive times of the prestigious award of the Five Sails conferred by Legambiente, given the cleanliness of its coasts. A walk through the narrow alleys of the city is obligatory, which will transport you to a medieval era offering you magnificent scenery and breathtaking views facing the coast. 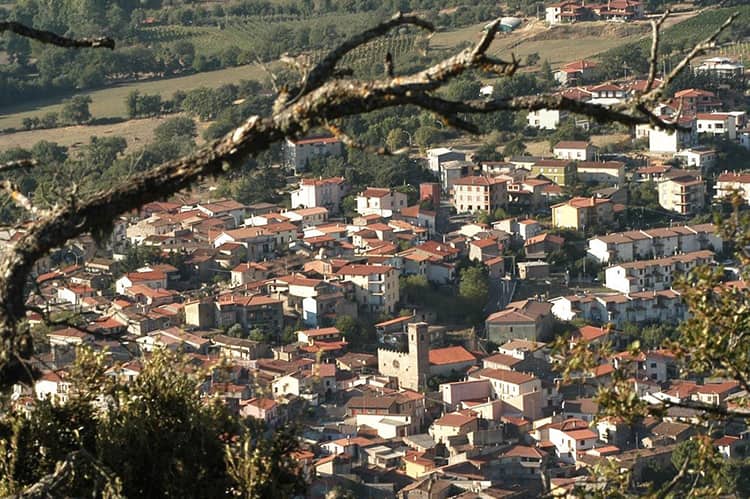 Located exactly in the heart of Sardinia, Atzara is mainly appreciated for its renowned wine production: since the Middle Ages the Sardinian excellence of wines was recognized among all populations, and the microclimate, which for hundreds of years has favored the growth of vineyards with characteristic wine production, has been maintained as such, increasing the value not only of the agri-food culture of Sardinia but also of the localities, such as Atzara, which have undergone a drastic growth of international interest from a tourist point of view. The main characteristic that represents the fulcrum of the village's economy is the production quality and not the quantity: in fact the wines, perfected over the years, are in great demand even if they are difficult to find. Atzara also preserves numerous Gothic and Romanesque religious architectures, dating back to the period of Aragonese dominion, and archaeological sites, as well as a clear regard for the wild nature typical of the area that surrounds the very small urban core and the surrounding inhabited areas.

South-east of Atzara and an hour's drive from the latter, Sadali is a village inhabited since the pre-Nuraghic period (from 6000 BC) which still retains clear references. The territory of Sadali is not recognized so much for the places of interest as for the archaeological remains that not only surround it, but still reside there undisturbed. A second curiosity of the village is the presence of waterfalls in the heart of the city center, near the Church of San Valentino, the most important religious building: a spectacular and evocative contrast between nature and archeology that can be felt and breathed in the air. 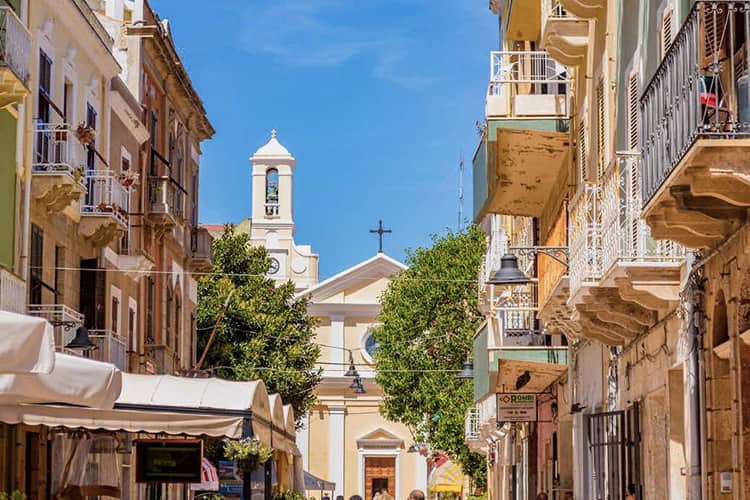 Carloforte is a village located on the southern island of San Pietro, a few kilometers north from the island of Sant'Antioco with which it forms, together with other small islands and nearby rocks, the Sulcis Archipelago. The historic center, which is pedestrian only, is made up of architectural elements that are decidedly unrelated to the characteristic urban environment of Sardinia, demonstrating a more Mediterranean stylistic character, almost like the Sorrento Coast, the Amalfi Coast or the Cinque Terre. There is no shortage of archaeological remains from the Nuragic era on the island, even if the greatest strength of the place is the possibility of undertaking trekking and walking routes on the numerous paths of the island, excursions to the sea on boats, bird-watching and finally adventures to the discovery of coves, inlets, cliffs and caves on the sea that the island offers. 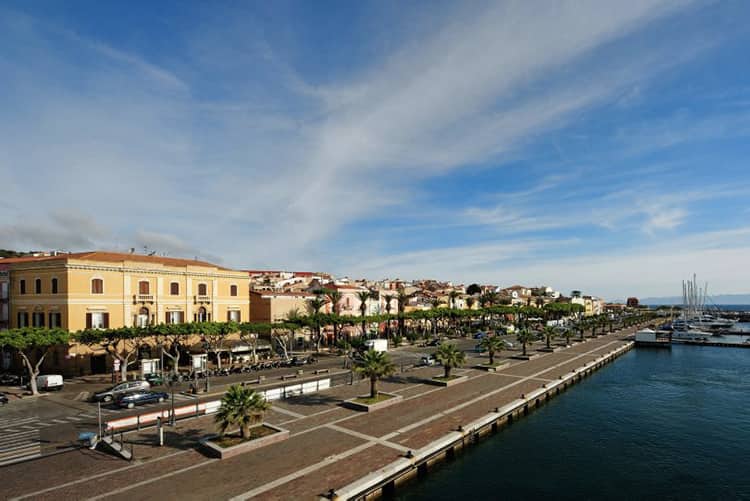