What to see in Valle d'Aosta: 10 unmissable places

Discovering Val d'Aosta, a region of natural beauty and fairytale atmospheres. Here are 10 things not to be missed.

On your trip to the Italian peninsula, you can certainly not miss an in-depth tour of the Aosta Valley. The Aosta Valley region is a border region, rich in natural beauty and monuments, witnesses of an ancient and glorious history. We have prepared a list of the most important places to see, to allow you to face this new adventure in the best way. Good continuation!

Your journey in the Aosta Valley begins with a fairytale place. It is the castle of Queen Margherita of Savoy, built at the end of the 19th century at the foot of Colle Ranzola. Of particular interest are the five spiked towers which give the structure its "fairytale appearance". Inside, the ground floor and the main floor are to be visited carefully.

Continue your journey in search of the fascinating manors of the Aosta Valley: next step is, in fact, the Verres Castle, a military fortress built in the fourteenth century. The building has a characteristic "monovolume" structure in that it appears from the outside as a single, powerful block, with no decorations whatsoever. A structure as simple as it is powerful!

For nature lovers traveling in Valle d'Aosta, a sortie in Val Ferret, north of the Courmayeur basin, is mandatory. You have two options: in winter, you can have fun with the many ski resorts available; in summer, however, the place turns into an outdoor farm, where numerous cows with "precious milk" graze. Please, try absolutely "la fontina", an exquisite local cheese.

7. The Forte di Bard: a bastion of the Savoy 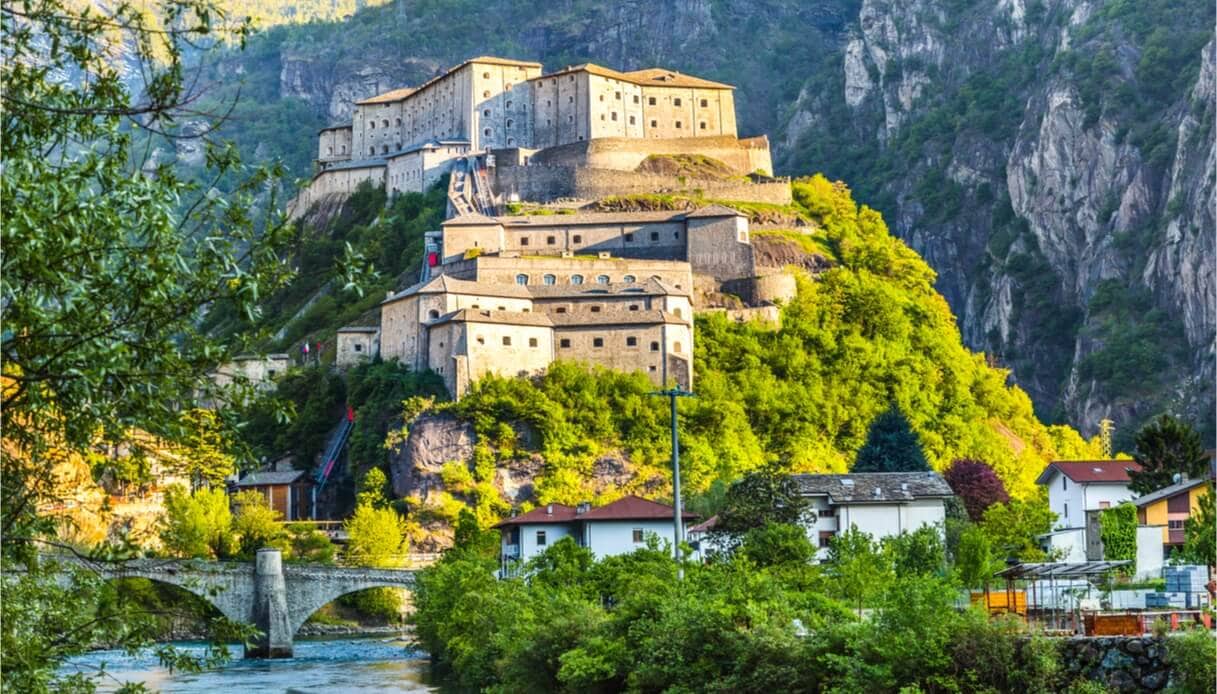 Another unmissable destination of your tour in Valle d'Aosta is the Forte di Bard, built on a fortress near the Dora Baltea. The place housed a stronghold, already at the time of Theodoric, in the 6th century AD, a building which was then completely rebuilt by the Savoy in the 19th century. Today, after long restoration works, the structure houses the Museum of the Alps.

6. The Gran Paradiso National Park: the oldest park in Italy 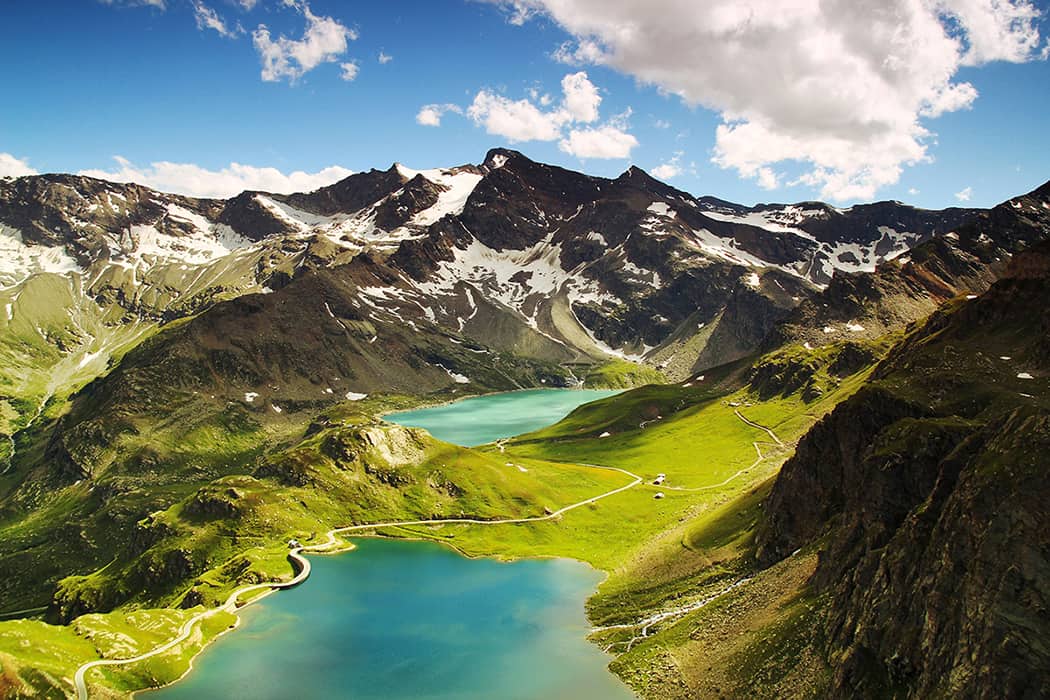 Among the many natural beauties of the region, the Gran Paradiso National Park certainly deserves a place of honor: established in 1922, the park is the oldest in Italy. Its vast surface - more than seventy thousand hectares - is home to a large variety of plant and animal species. Above all, however, the ibex dominates, a symbol par excellence of the Gran Paradiso.

5. The Baths of Pré-Saint-Didier: a miraculous cure 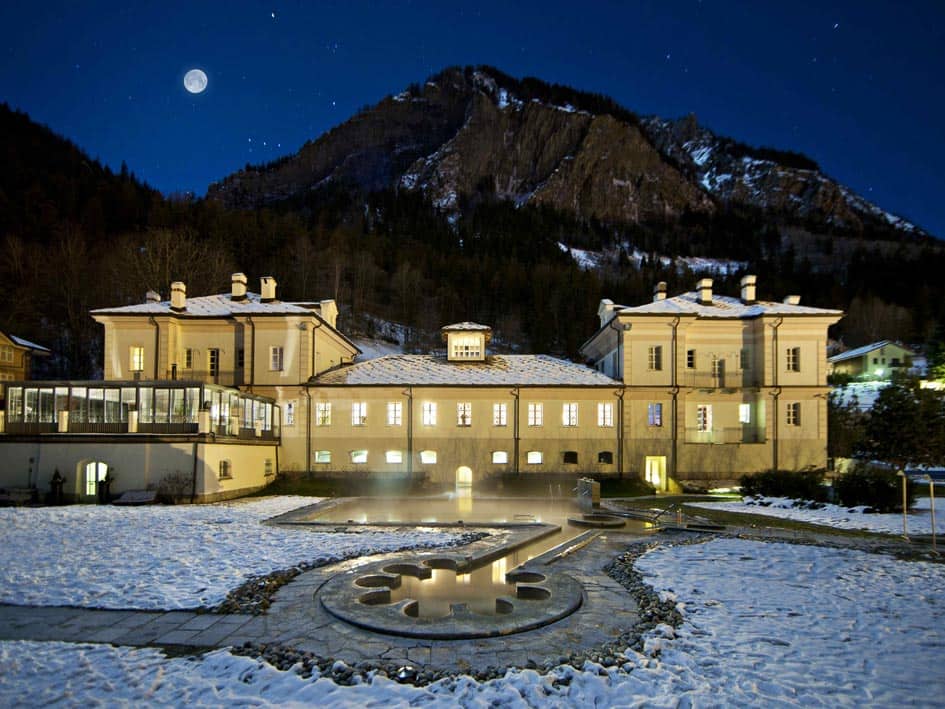 The thermal springs of Pré-Saint-Didier were already known to the ancient Romans; a first spa was built in the seventeenth century, but the structure we see today was built only from the nineteenth century. The healthy and beneficial waters, which gush near the famous Orrido waterfall, will be an authentic cure-all for you and will give you the strength to continue your adventure ... The capital and undisputed queen of the region is Aosta, the bulwark of the ancient civilization of Rome. In fact, the city is rich in archaeological remains that testify to its glorious past, such as the theater, the bridge, the amphitheater and above all the Arch of Augustus. But there are also more recent monuments such as the Romanesque Complex of S.Orso and the Cathedral, built starting from the 11th century, a symbol of the city's religious devotion. 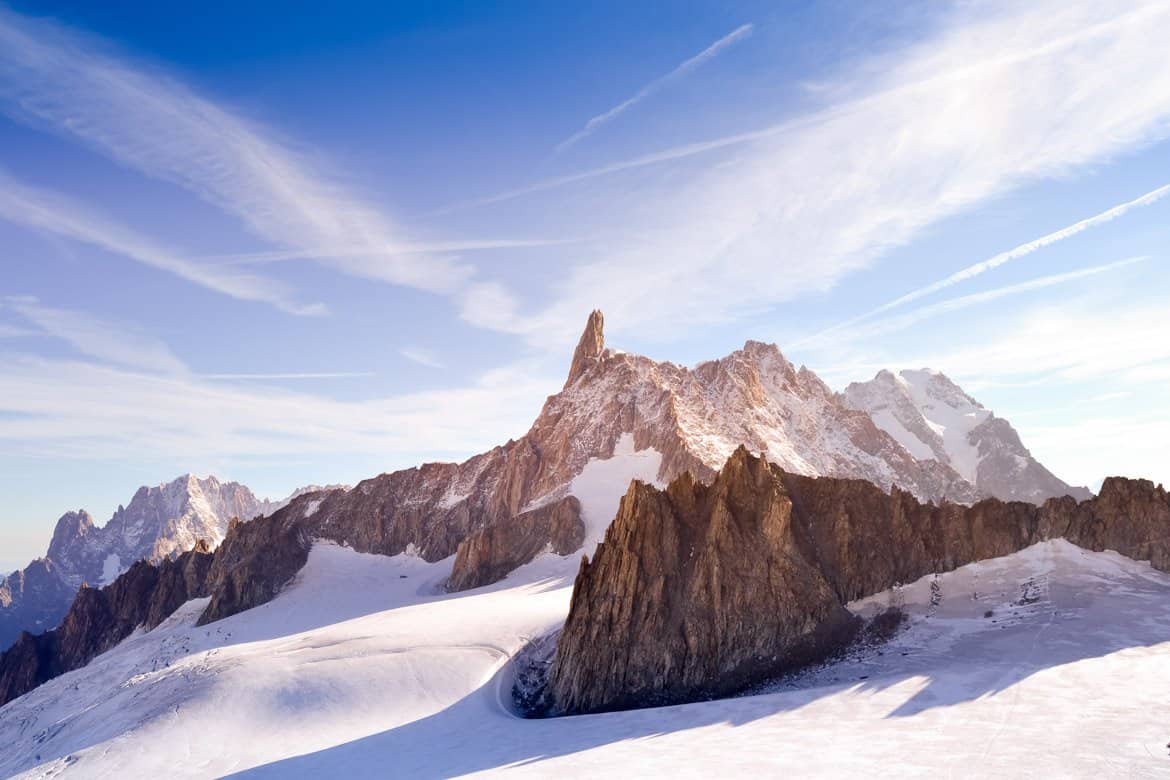 A trip to the Aosta Valley is unthinkable without a thorough visit of the majestic Mont Blanc. You have two choices. The first is the so-called Mont Blanc Tour, which stretches for almost 170 kilometers and crosses over into France and Switzerland. The second is a ride on the Skyway, the special rotating cable car that will allow you to admire the perennial ice of the colossal mountain.

2. The Mont Avic Natural Park: the embrace of Nature

Another stop not to be missed for nature lovers is the Mont Avic Natural Park, bordering the Gran Paradiso Park. An excursion on Mont Avic will allow you to admire a large amount of unspoiled landscapes and immerse yourself in the unspoiled nature of the place, among beech and pine trees, in the company of chamois and ibex. We also recommend a trip to the lakes of Champdepraz and Champorcer.

1. The Sanctuary of Notre-Dame de Guérison: the Light of Faith

Your journey in the Aosta Valley ends with a mystical experience: a visit to the Sanctuary of Notre-Dame de Guérison, near Courmayeur, close to the Brenva Glacier. The Sanctuary was built in the nineteenth century to preserve a statue of the Madonna venerated since the seventeenth century, a relic preserved in a small chapel later destroyed by the advance of the glacier. The holy place was much loved by Pope John Paul II and is a pilgrimage destination for "miraculous climbers".