Étroubles locates in the deep north of Valle d'Aosta. It traces and preserves the history and traditions of a past marked by the passage of many peoples. À Étroubles, avant toi sont passés...

Étroubles is a tiny village set like a gem in the Alpine peaks. Situated at an altitude of almost 3000 metres, it stands in the heart of the Great St Bernard Valley, about 20 km from Aosta. Étroubles is a witness to an ancient past and the custodian of enchanting places that represent it. It is also home to a permanent art installation that makes it a stunning open-air museum. Thanks to these characteristics, the charming village in Valle d'Aosta, inhabited by less than 500 souls, has been included in the most beautiful towns in Italy. 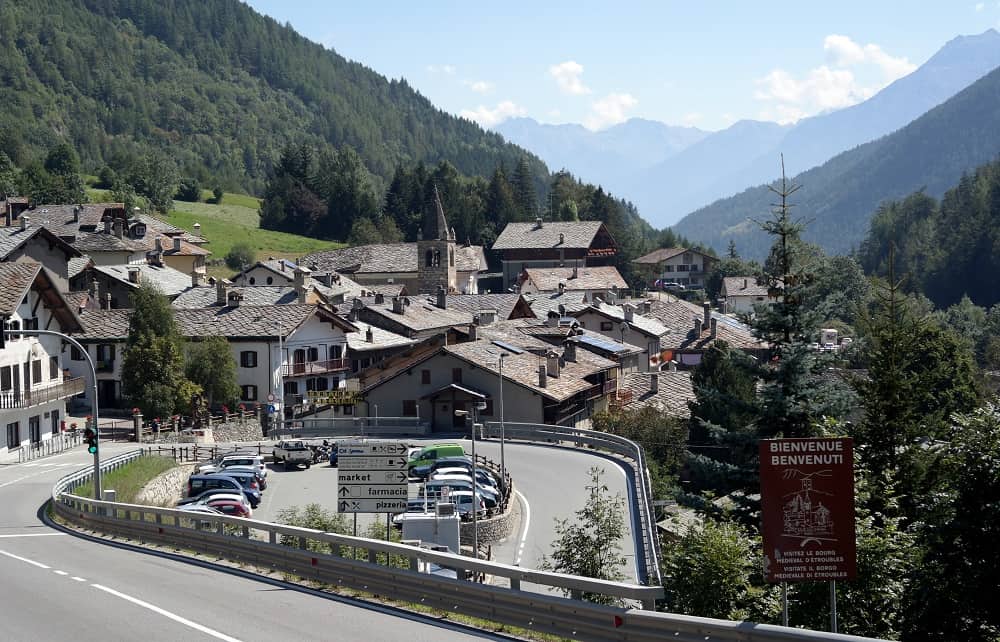 The name of the village probably derives from a term in the patois of Valle d'Aosta (a Franco-Provençal dialect) used to indicate a place rich in fields covered in straw. In fact, until the 1960s, vast expanses of wheat and rye abounded in the village. However, the beauty of Étroubles lies essentially in its fairytale old town, framed by the charming mountain landscape. Wooden and stone buildings and cobbled streets dominate the urban structure of Étroubles old town. Typical shops and pretty houses with flowery balconies will make you immerse in a cosy, almost dreamlike atmosphere. 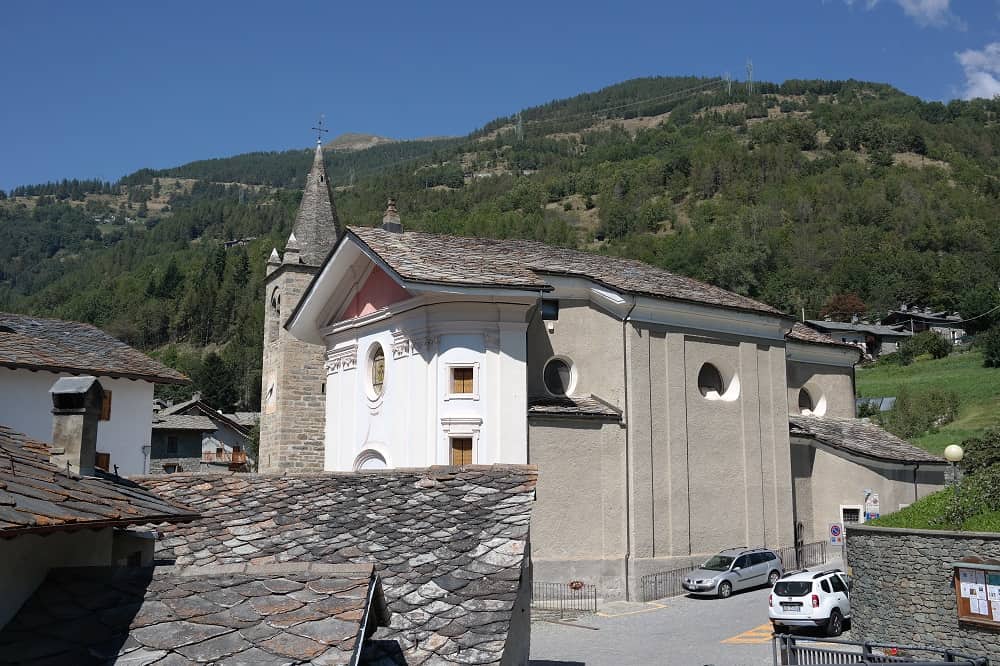 Étroubles keeps a remarkable religious architecture. The Church of Santa Maria Assunta was rebuilt at the beginning of the 19th century on a pre-existing church dating back to the 12th century. The so-called five chapels bear witness to the devotion and faith of the inhabitants of the main villages in the valley. Echevennoz is the oldest one: it was founded in the 15th century. Spectacular wall paintings characterize it. 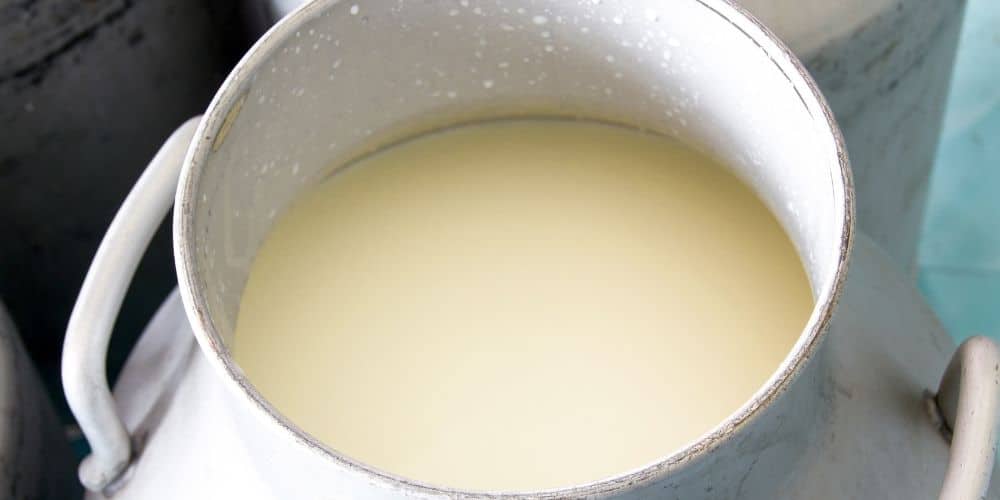 Along the road towards the adjacent Vachéry hamlet, you will come across the first dairy of the region, dating back to the mid-19th century. Today, it has been transformed into a museum where you can observe all the various stages of cheese making using the tools of the time. In Eternod, another adjacent hamlet of Étroubles, you can see the last of the old ovens used in the past for black baking bread. As we shall see, it is a typical preparation of this area of Valle d'Aosta. In short, a real plunge into the past!

Art in the village

À Étroubles, avant toi sont passés... is the title chosen for the permanent art trail in the old village in collaboration with the Fondation Gianadda of Martigny. Sculptures, installations and contemporary paintings by internationally renowned artists dot the village's streets, giving it a great burst of life and making it an open-air museum.

The Romans already knew the location of the pretty village as a strategic point in the valley. They called it Restopolis, a transit route to Alpis Poenina, today's Great St Bernard Pass. Later, the same path became the Via Francigena, the most crucial road linking Rome and Jerusalem with the British Isles. Even today, many pilgrims still travel the road.

What to do in Étroubles

Not only art and rural life: Étroubles is the perfect destination if you are passionate about winter sports and outdoor activities. As for the former, we recommend the well-equipped Great St Bernard ski area, where you can enjoy downhill skiing, Nordic skiing, mountaineering and snowboarding. If, on the other hand, you love nature and long walks in the countryside, we recommend a visit to the valleys surrounding the village: during the summer months, the mild temperatures make it possible to tackle trekking routes, excursions, long crossings in uncontaminated valleys, as well as the abovementioned Via Francigena route.

Among the village's famous festivals, here are the most curious and characteristic:

The Carnival of the Coumba Freida

The Carnival of the Coumba Freida (meaning Cold Valley) is a rather extravagant event. Every year it commemorates the passage of Napoleon's troops to the Gran San Bernardo pass, a terrible event that terrified the local population. Over the years, a tradition has developed of creating a picturesque parody of the event to exorcise the fear: the so-called landzette, disturbing masks wearing costumes that recall the colours of Napoleon's military uniforms, parade through the village on these festive days.

In summer, Étroubles revives old trades thanks to La Veillà: this event is an opportunity to rediscover the village's ancient cultural roots, such as threshing wheat and making fontina cheese, the local staple. People celebrate the occasion by serving wine, good food and playing live music. 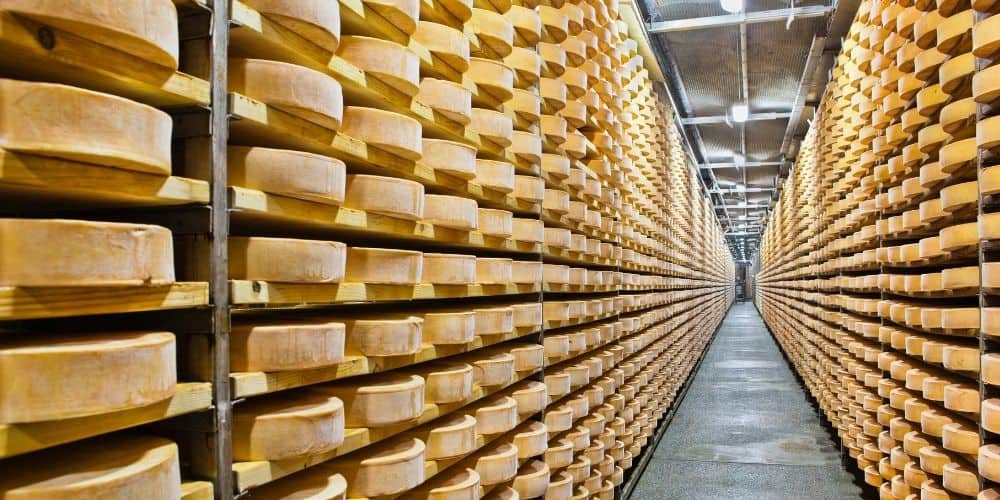 You cannot leave Étroubles without trying its flagship product: the PDO alpine fontina cheese. This typical local cheese is one of the traditional highlights along with black bread. The milk used to produce it comes exclusively from cows born and bred in Valle d'Aosta. Rye and wheat bread, on the other hand, come from the ancient customs of farming families, as it was the basis of their diet. Even today, people preserve the tradition of baking it in a community wood-fired oven once a year. Not surprisingly, one of the tastiest dishes is a soup with fontina cheese and black bread. However, there is no shortage of meat and fish dishes, such as the famous trout alla valdostana, a sweet and sour second course rich in aromas and intense flavours.

What to visit near Étroubles 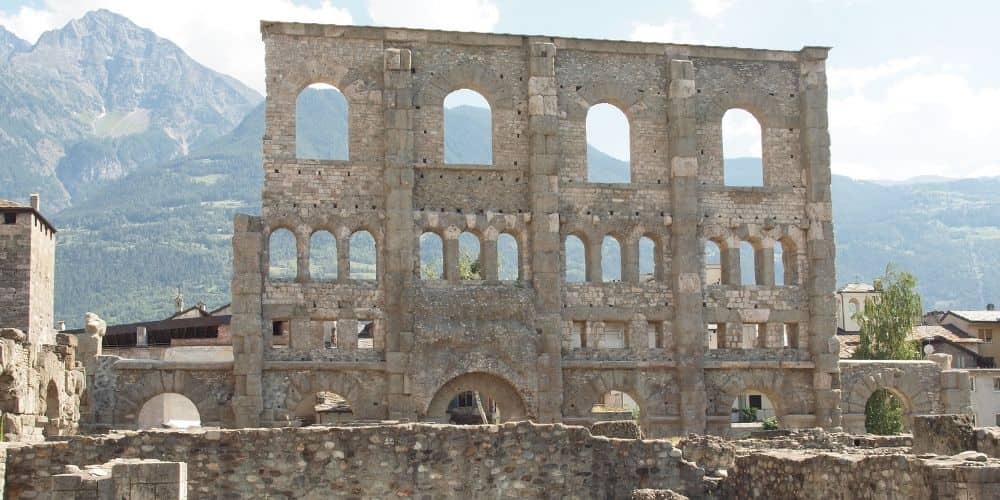 Étroubles allows you to visit another centre of great historical and cultural interest in its immediate vicinity. Just 20 km away from the village, you will find Aosta, located in the region's heart, halfway between the Swiss and French borders. Did you know that it is the city with the second-largest number of Roman remains after Rome?