The Via Francigena in Italy: explore by walking

The Via Francigena is one of the oldest paths in the world that connected Northern Europe with Southern Italy. It is currently a well-organized tourist route that allows you to explore various regions of Italy on foot, by bicycle or by car. A different way to travel, explore and savor the spirituality that pushed the ancient pilgrims to embark on a long journey.

History of Via Francigena

The Via Francigena is part of a series of routes that, from Western Europe, in particular from France, led in Southern Europe to Rome and then continued towards Puglia, where there were the ports of embarkation for the Holy Land. destination for pilgrims and crusaders.

The name "Francigena" derives from "the Land of the Franks", precisely in reference to the starting point of the pilgrims.

The original route, from Canterbury to Rome, was 1600 kilometers. It passed through England, France, Switzerland, Italy, the Vatican City. Over time, it turned into a commercial path. Spices, fabrics and other merchandise traveled from the East to northern European markets via Italy.

We currently have numerous historical and archaeological testimonies of the Way. The most important is the diary of Abbot Sigeric, bishop of Canterbury, who around the year one thousand told of the 80 places he crossed to reach Rome.

Since 1994, the Via Francigena has been declared "Cultural Route of the Council of Europe". Today it develops along several regions: Lazio, Tuscany, Emilia Romagna, Liguria, Piedmont, Campania, Basilicata and Puglia.

The route of the Via Francigena 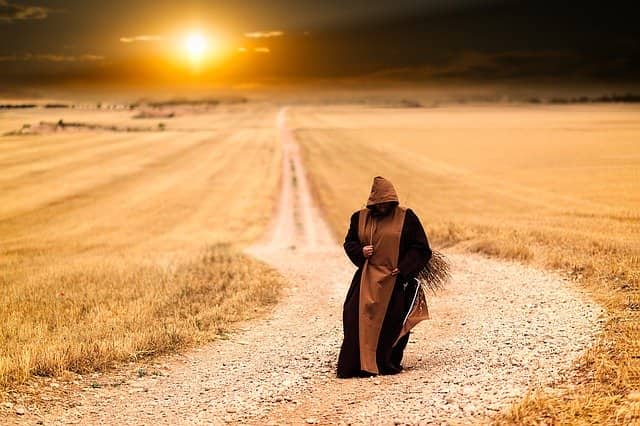 The Via Francigena starts in front of Canterbury Cathedral and along the Pilgrim Way arrives in Dover from where, by ferry or train, you cross the English Channel to reach Calais. In France it passes through the regions of Nord-Pa-de-Calais-Picardie, Champagne-Ardenne and Franche-Comtè to then enter Switzerland and continue in the cantons of Vaud, skirting Lake Geneva and Valais towards the Alps. It enters Italy through the Gran San Bernardo Pass and after saying goodbye to Val d'Aosta, it continues in Piedmont and lower Lombardy, among rice and wheat fields. It then passes through Emilia and crosses the Apennines coming down from the Cisa Pass. It crosses all of Tuscany from Lunigiana, Chianti to the Sienese hills and enters Lazio discovering the beauties of Tuscia until it reaches the outskirts of Rome.

The final destination of the pilgrimage was the tomb of the apostle Peter, one of the most important spiritual places of the Middle Ages. During the Crusades, the journey continued to Brindisi passing through Campania and Basilicata.

The road was a meeting of cultures and traditions of peoples from all over. And it still bears witness to a past rich in cultural and religious ferment.

Ideas for itineraries in Italy 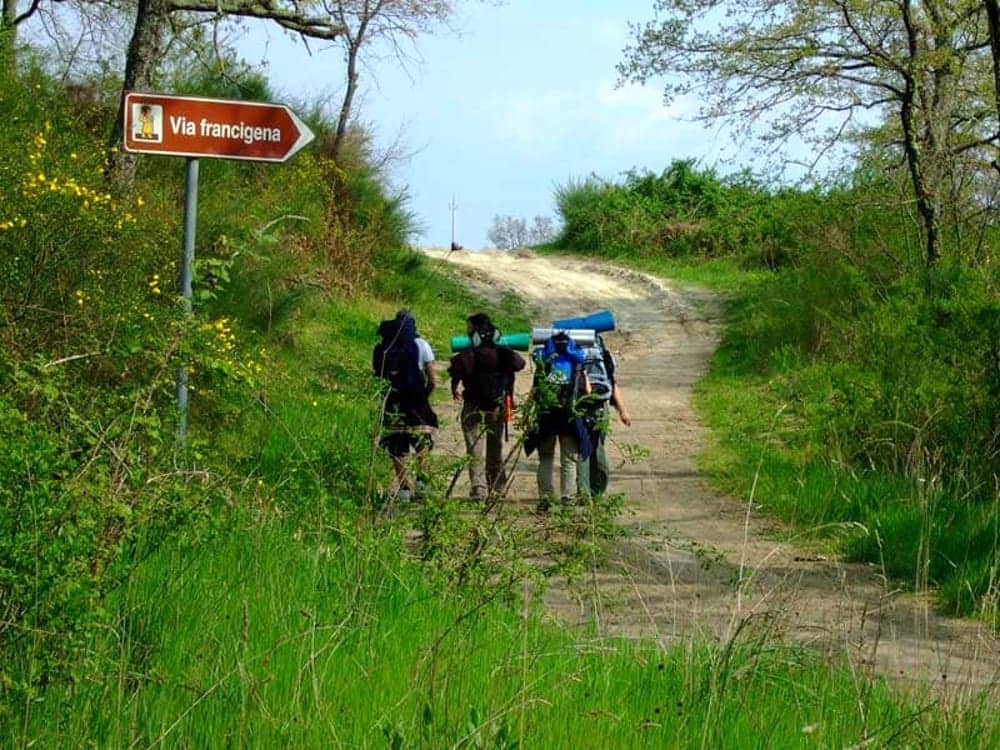 In many areas of Italy the route of the Francigena lies partly under the asphalt of the highways and state roads which, over the centuries, have traced the layout of the ancient roads.

Where possible, attempts have been made to recover the original route, but at times it has been necessary to divert the road. However, the route is increasingly becoming a popular tourist destination, the ideal opportunity to explore different locations in a single trip.

There is even an App and an interactive map that facilitates the search for itineraries and services.

Numerous parishes or religious institutions still host pilgrims on their way to Rome.

There are numerous paths to take to better visit the areas crossed by the road. You can do the walk on foot, by bicycle and, for the less sporty, even by car. Among the most interesting itinerary ideas we mention:

• The Via del Sole from Montefiascone to Rome: crosses Viterbo, the thermal baths of Bagnaccio, Vetralla, nestled between the volcanic Monti Cimini, and the amphitheater of Sutri up to the eternal city.

• Via Francigena in Val di Susa: starting from Colle del Monginevro, it crosses the gorges of San Gervasio, up to the Sacra di San Michele, the symbol of the Piedmont Region, and then reaches Turin.

• The route to Monte Sant'Angelo: the route starts from Troia which, passing through the towns of Troia, Lucera, San Severo, San Marco in Lamis and San Giovanni Rotondo, reaches Monte Sant'Angelo, a UNESCO World Heritage Site, as well as important pilgrimage destination for the cult of the Archangel Michael.

• Via Francigena from Aosta to Ivrea: a slow walk through nature will lead from the Alps to the UNESCO heritage village.

• The route from Pontremoli to Lucca: from Lunigiana you cross the lesser known Tuscany to the sea of ​​Versilia.

These are just some examples of the many ways that dot our nation and that we can lead back to the ancient Way. It is impossible to go through them all, but they are certainly an excellent starting point for creating interesting and original itineraries. Traveling the Via Francigena is a great way to explore Italy and travel in an unconventional way. In these itineraries, tourism and culture are accompanied by a sense of spirituality that traces the footsteps of ancient pilgrims.